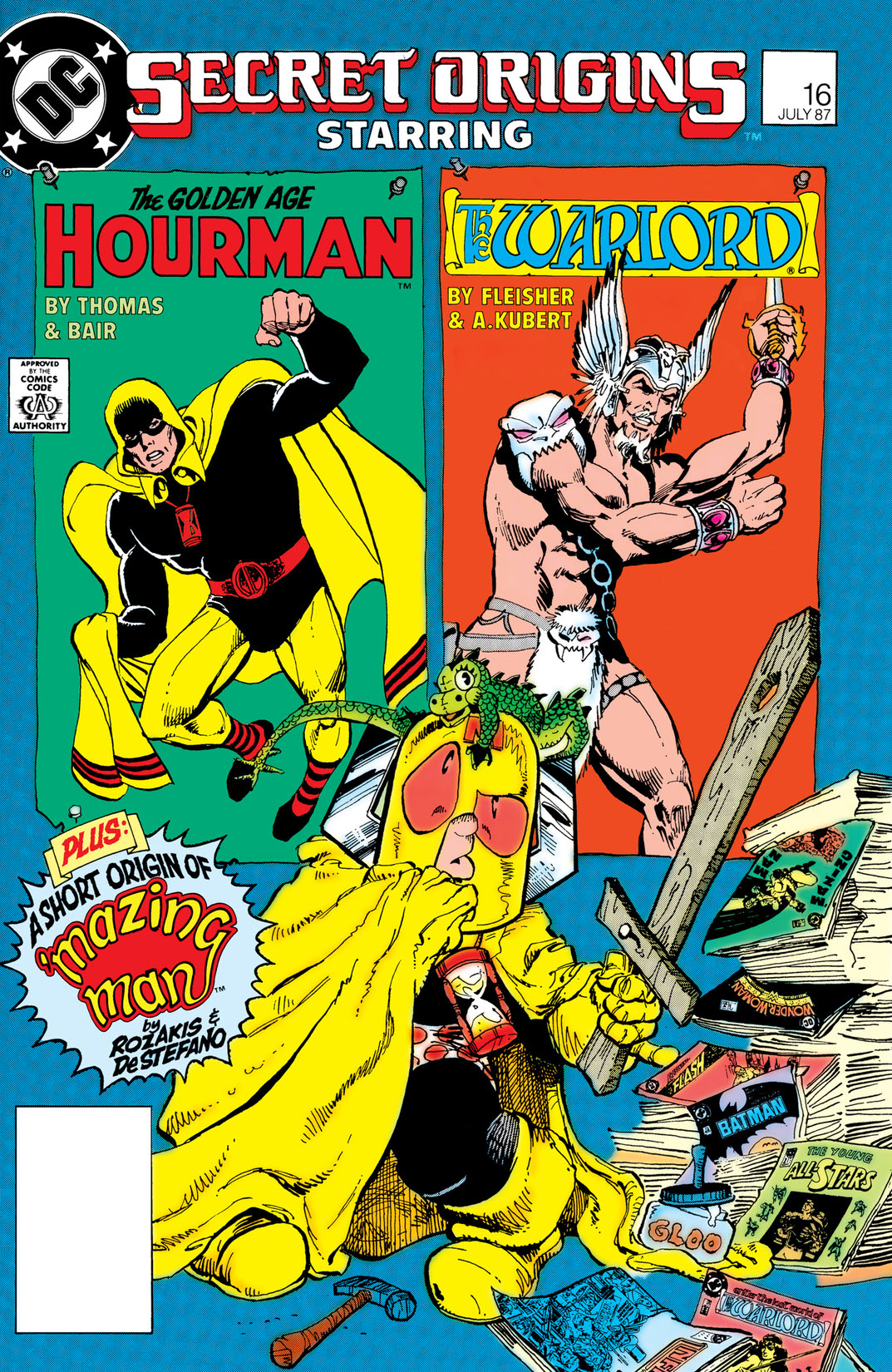 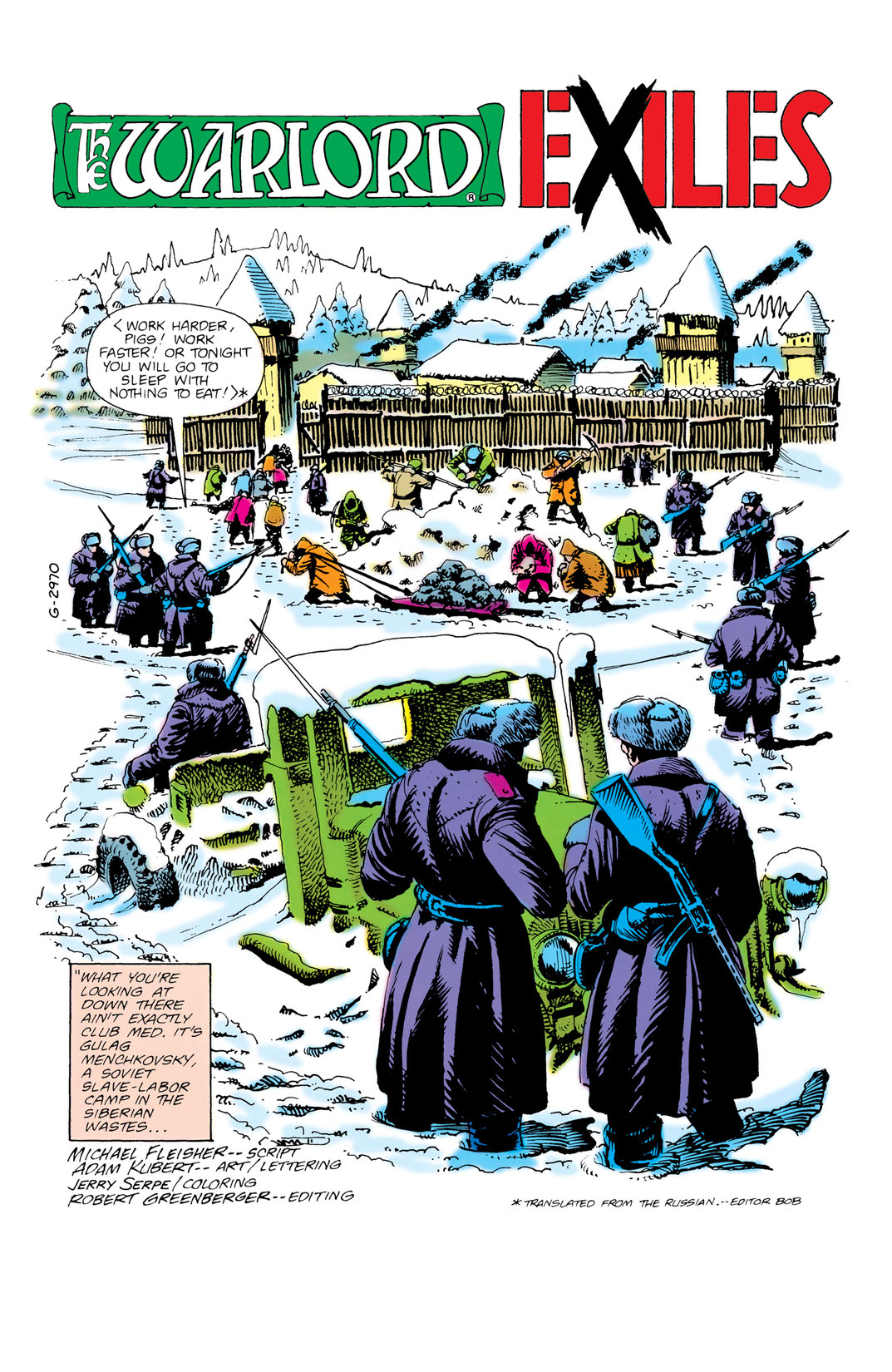 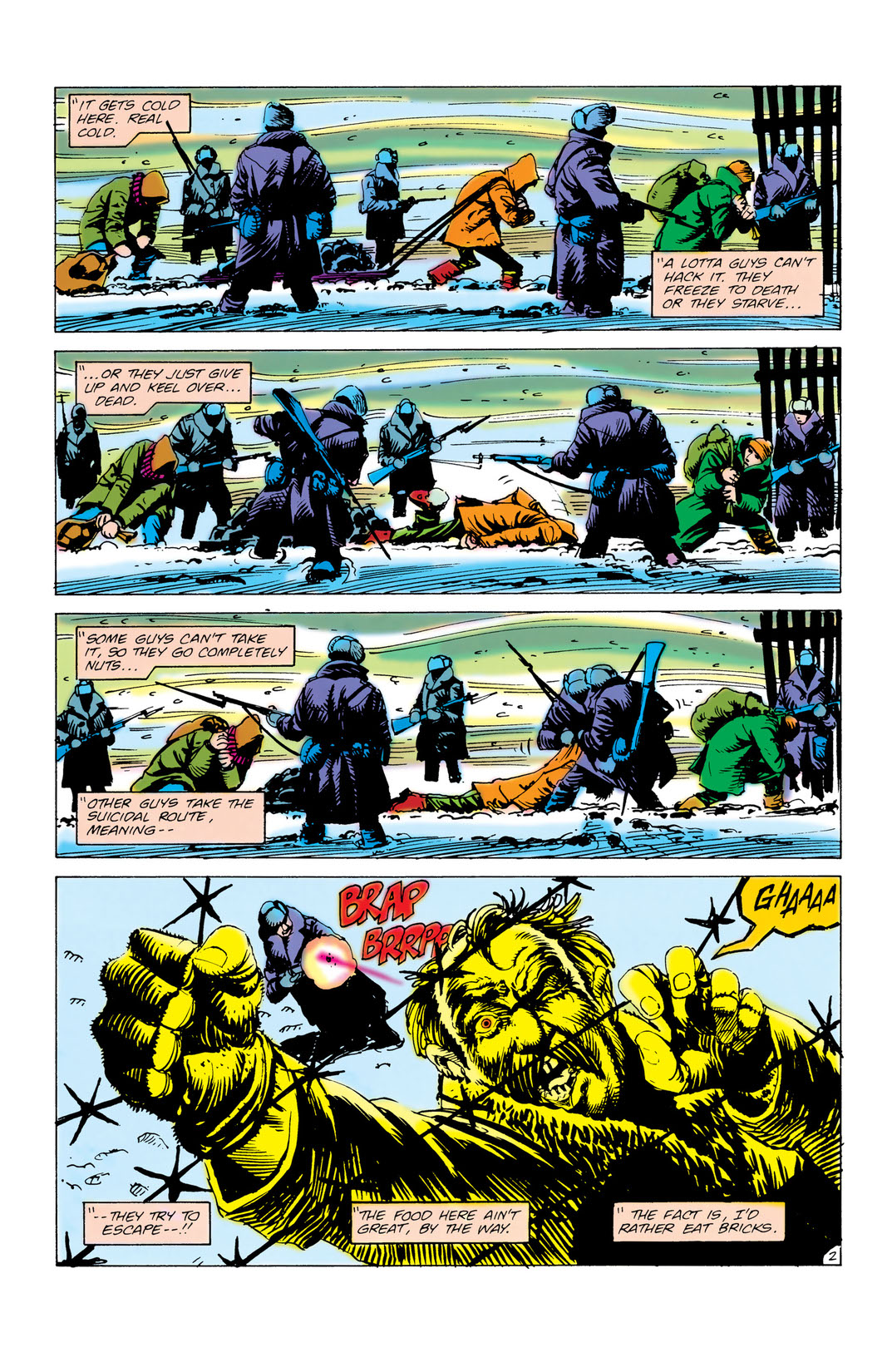 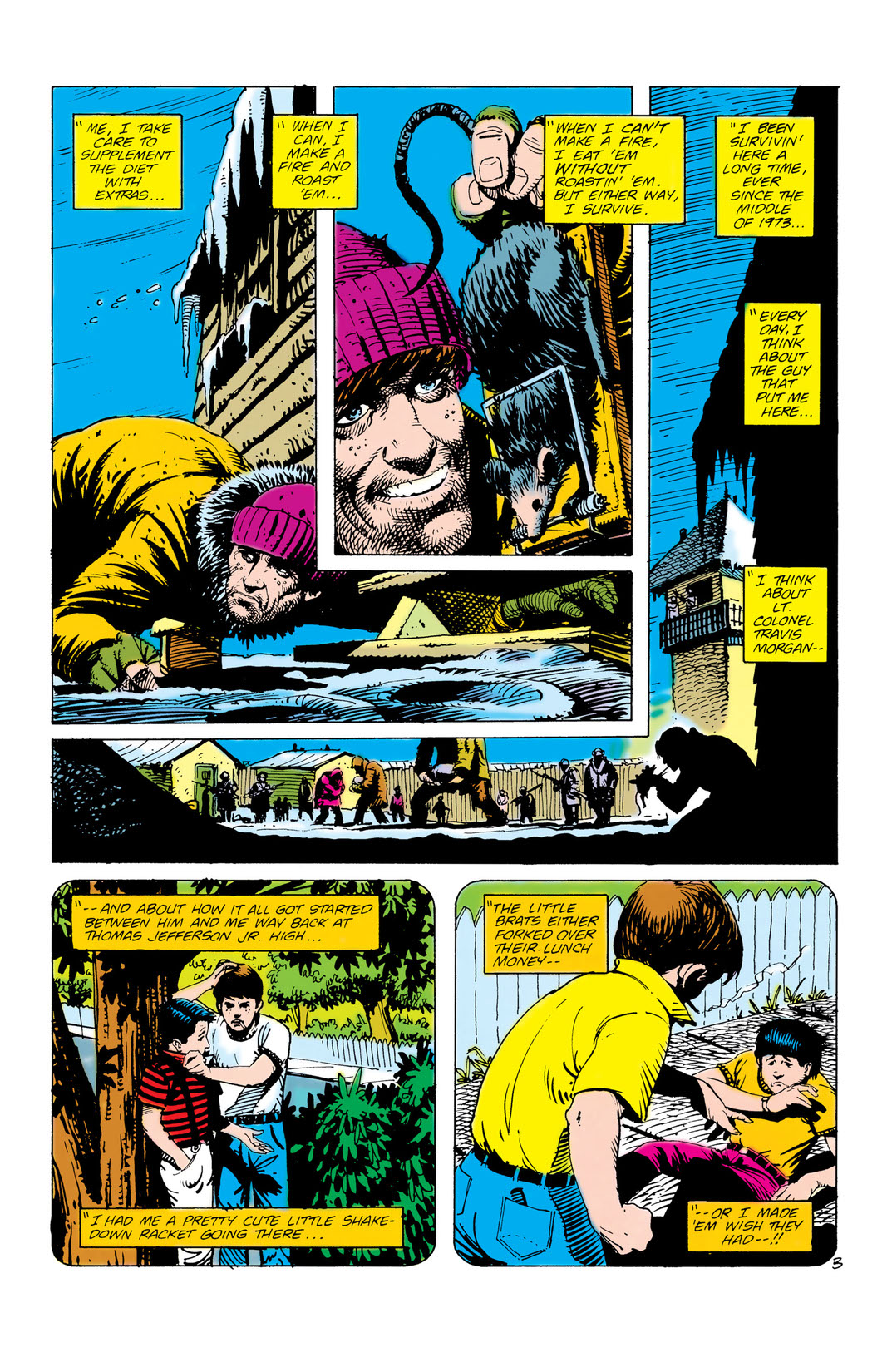 “EXILES.” Dan Maddox tells the story of growing up with the Warlord, Travis Morgan, before he crashed in Skartaris! “THE SECRET ORIGIN OF THE GOLDEN AGE HOURMAN.” Rick Tyler recounts his origin as he writes a letter to his son. Plus, “’MAZING MAN.”