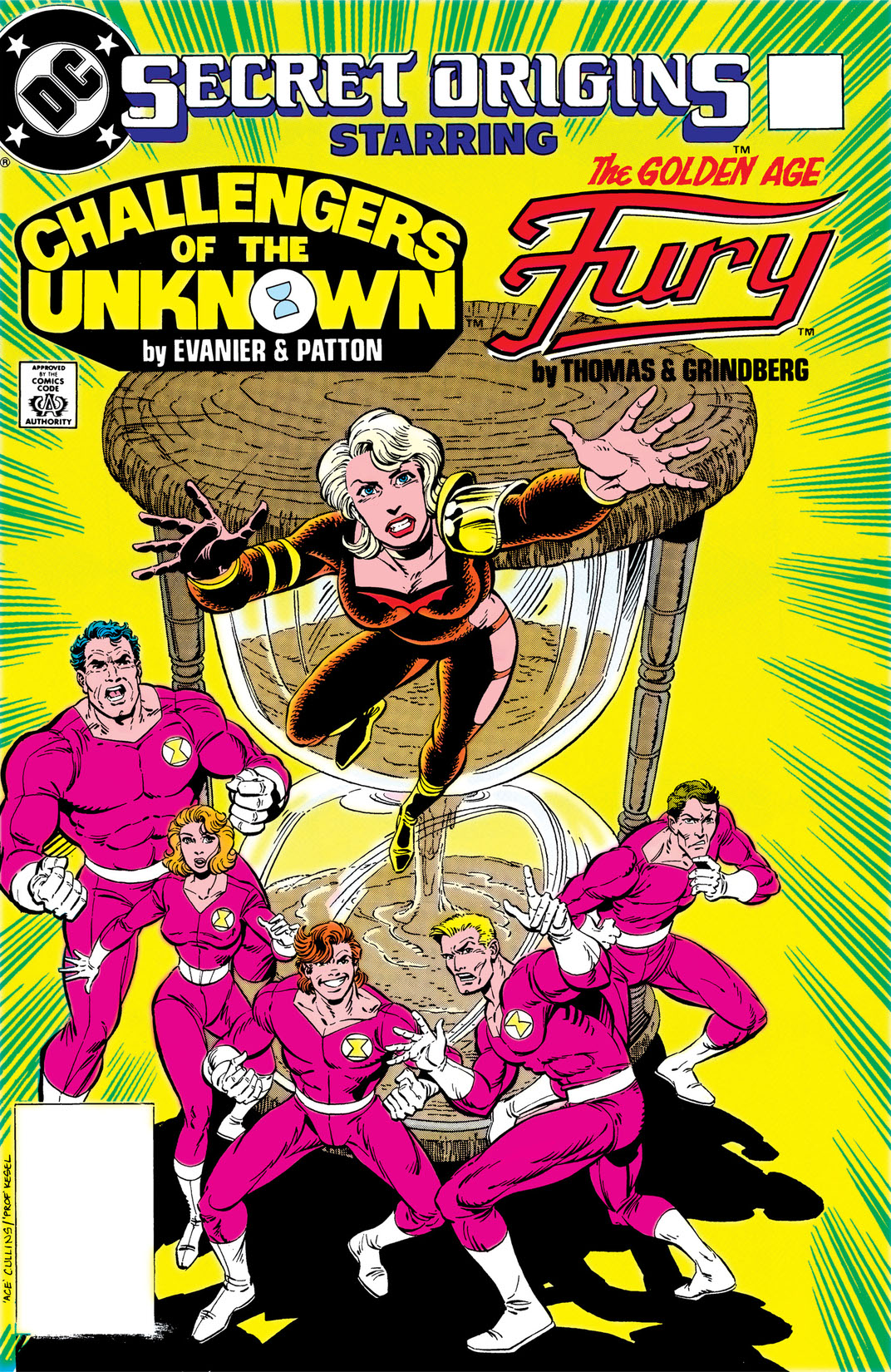 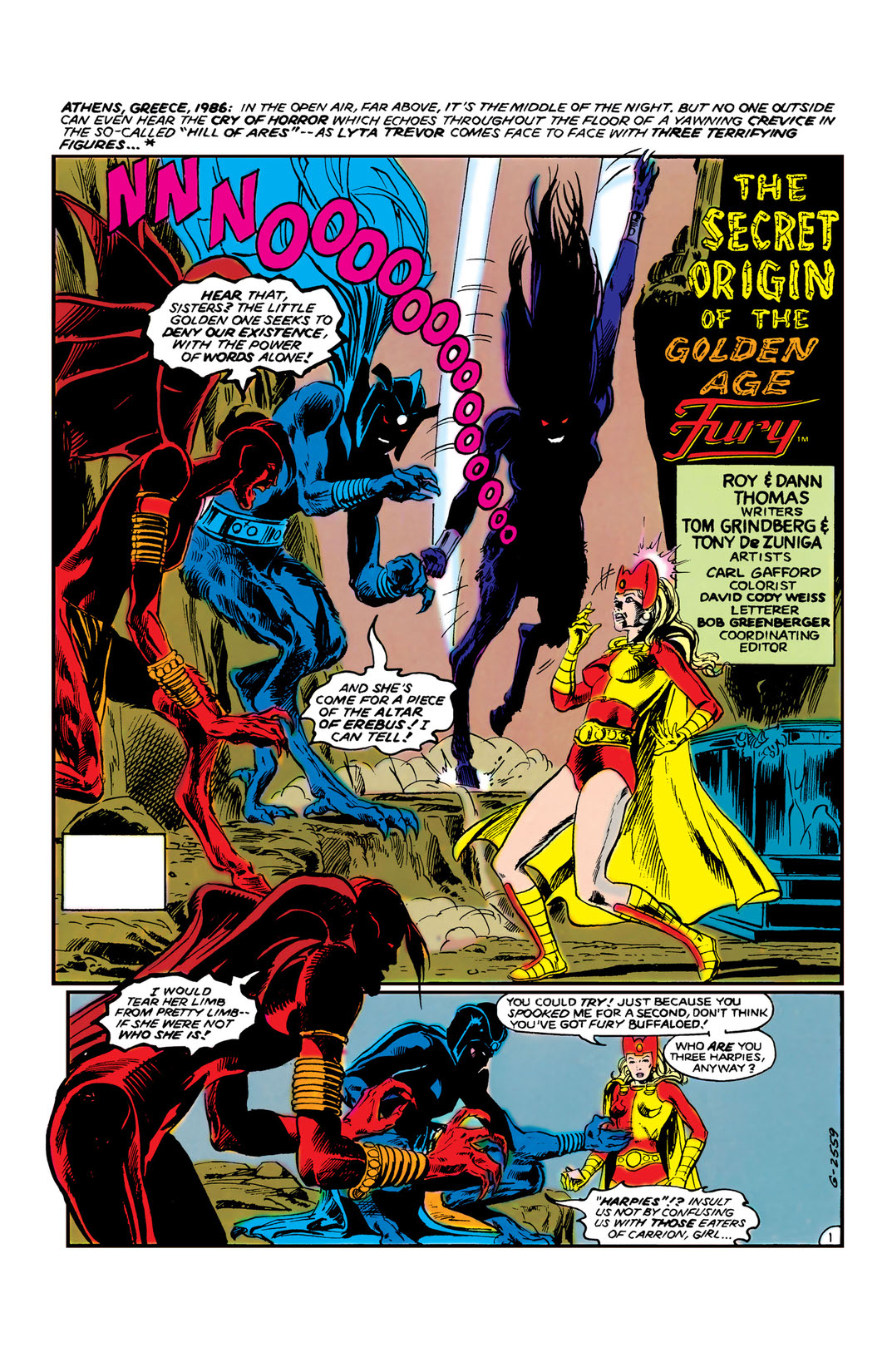 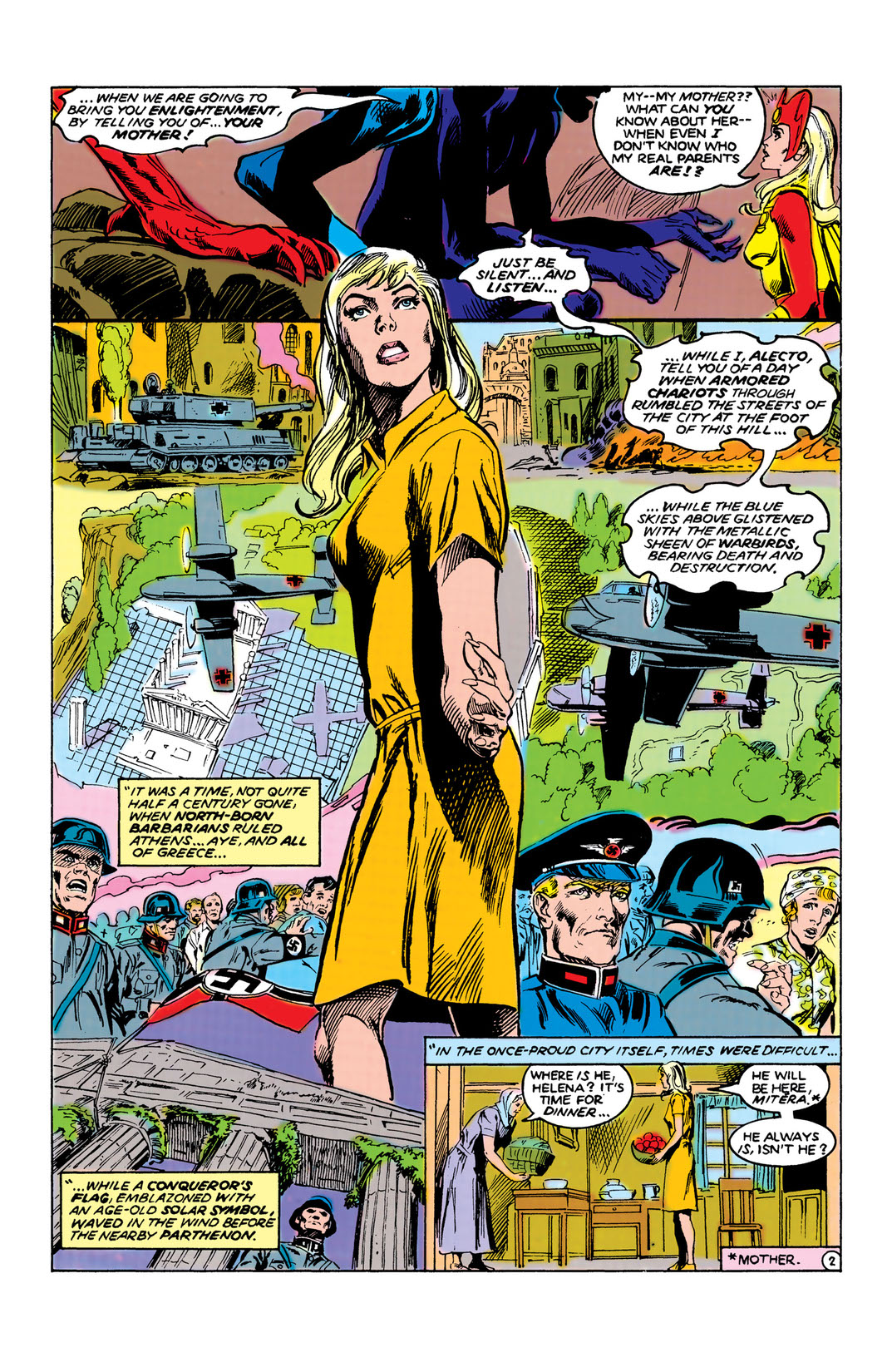 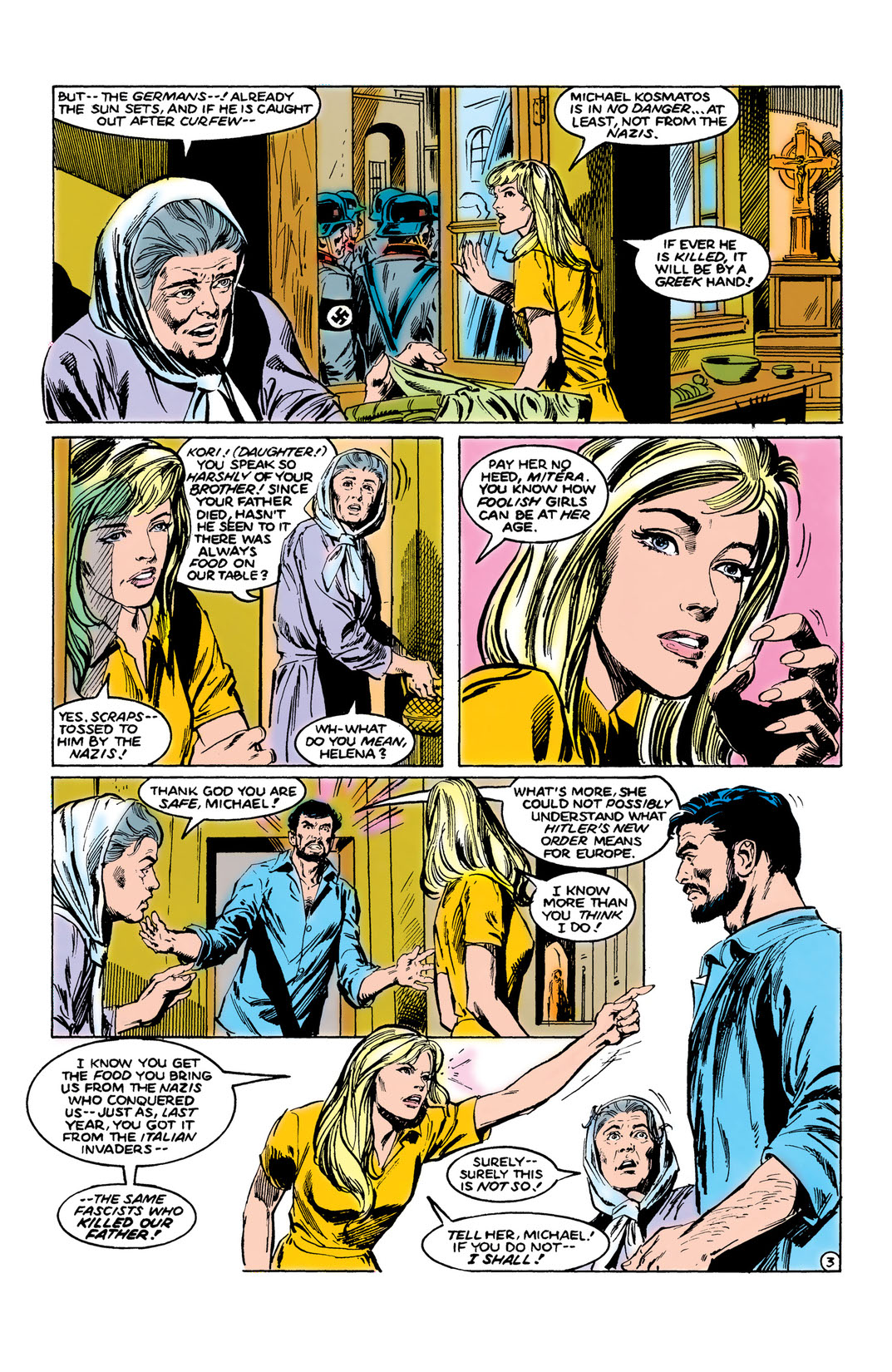 "THE SECRET ORIGIN OF THE GOLDEN AGE FURY". At the underground altar of Erebus in Greece, Lyta Trevor encounters the three Furies who tell her about her about her unknown mother, Helena Kosmatos, who was granted powers of vengeance. Plus, in "CHALLENGERS OF THE UNKNOWN", the Challengers wait in the Green Room of TV's "Real Incredible People,” killing time retelling their origin to June!