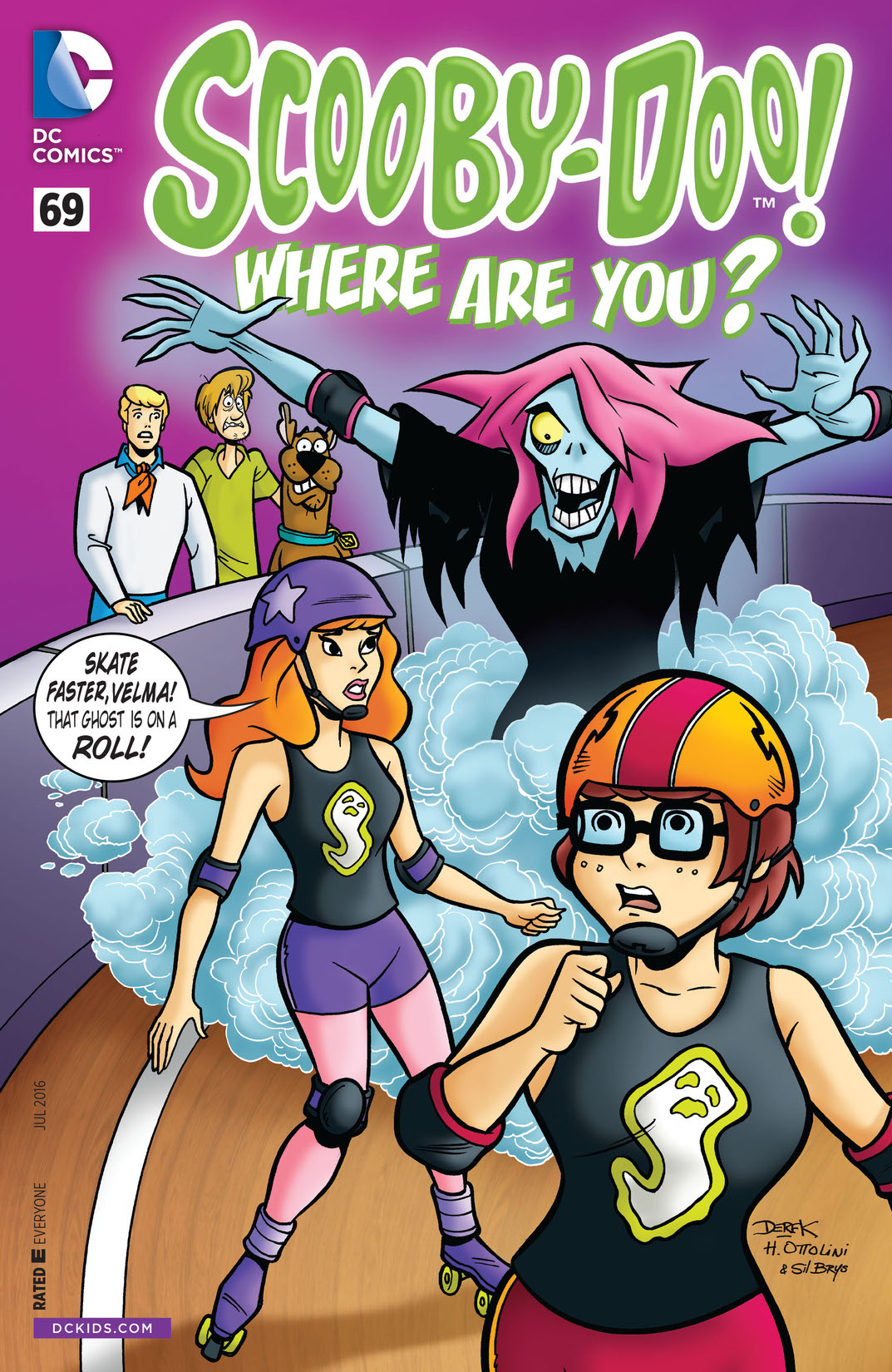 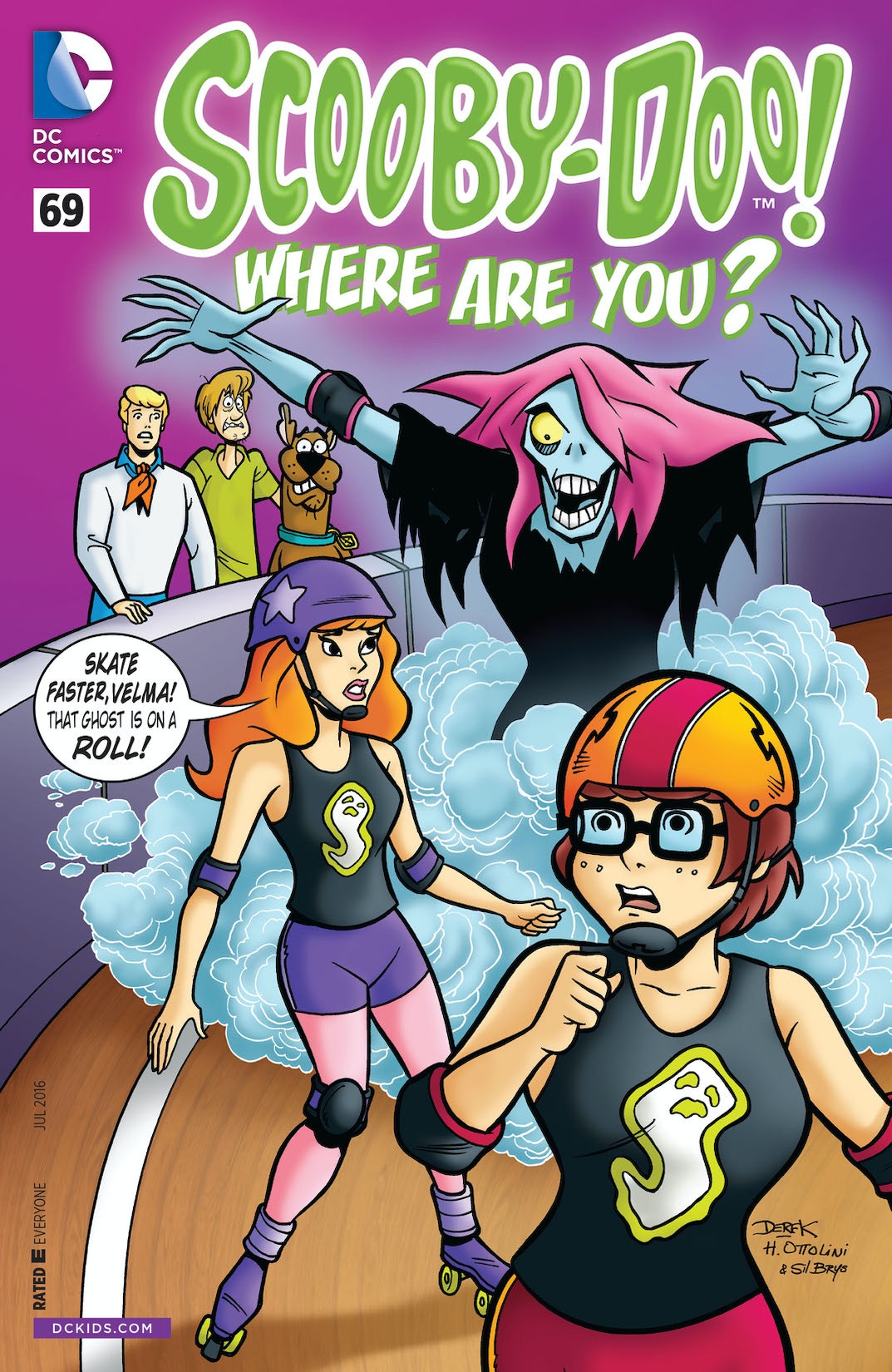 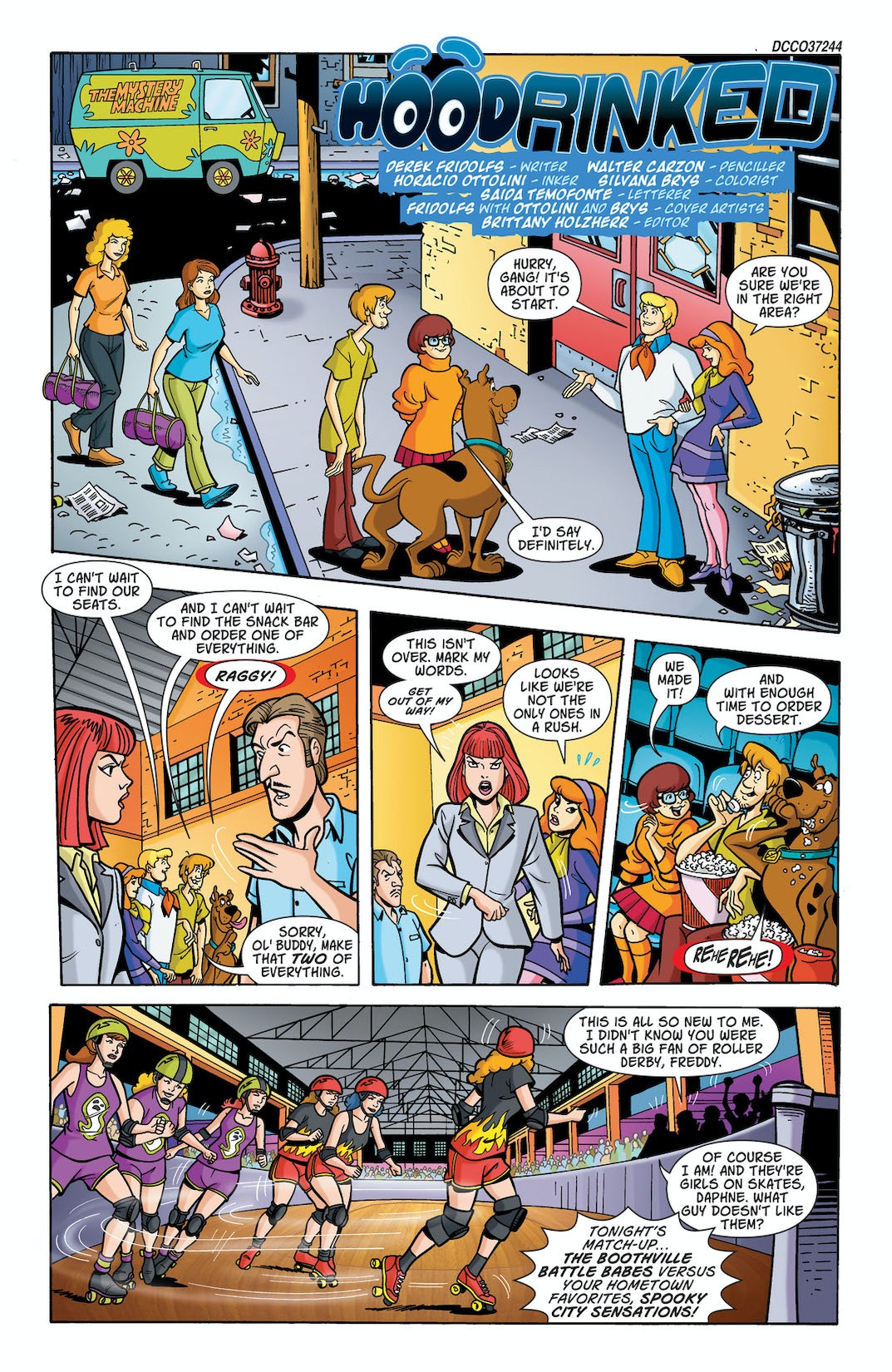 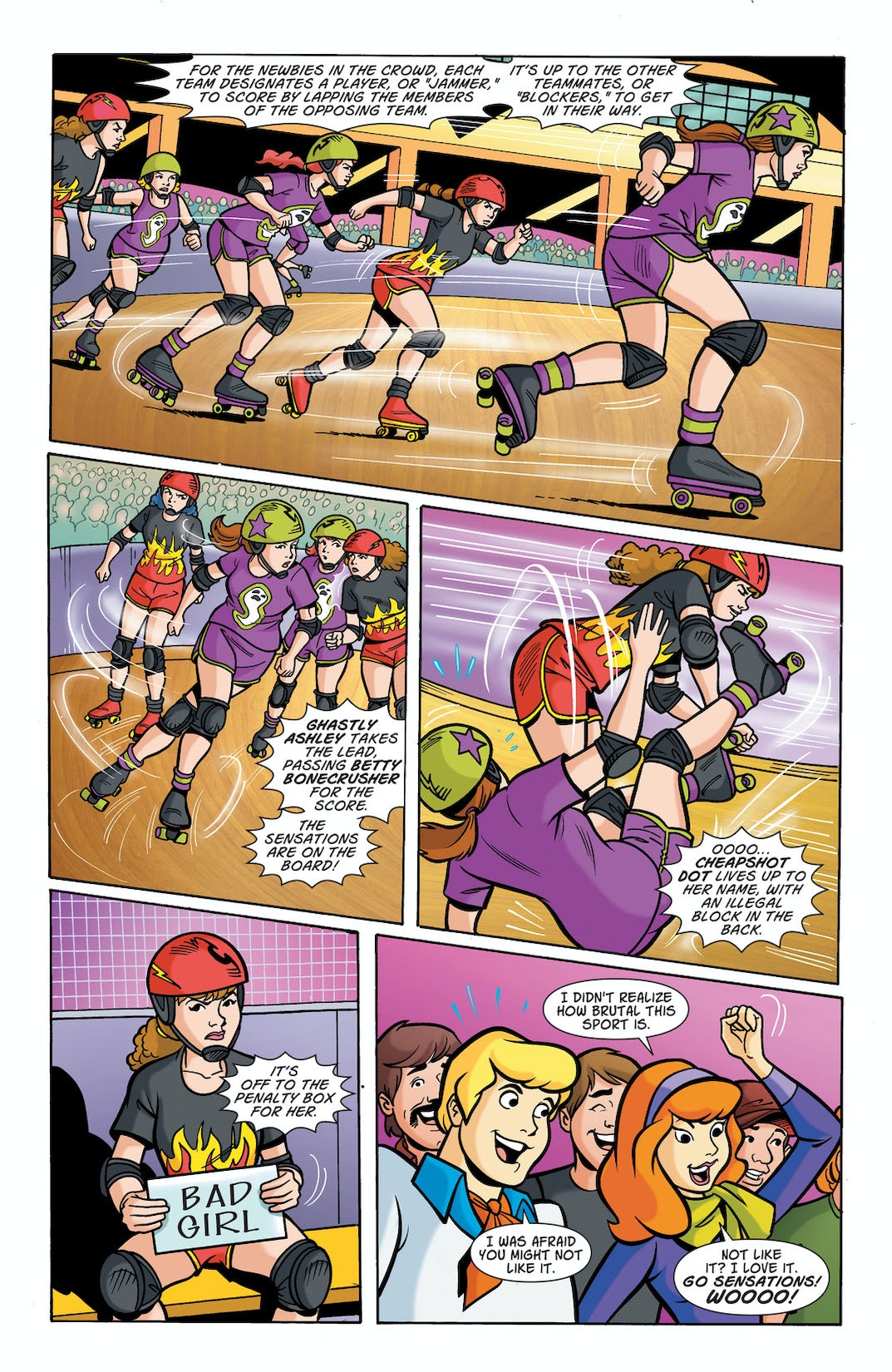 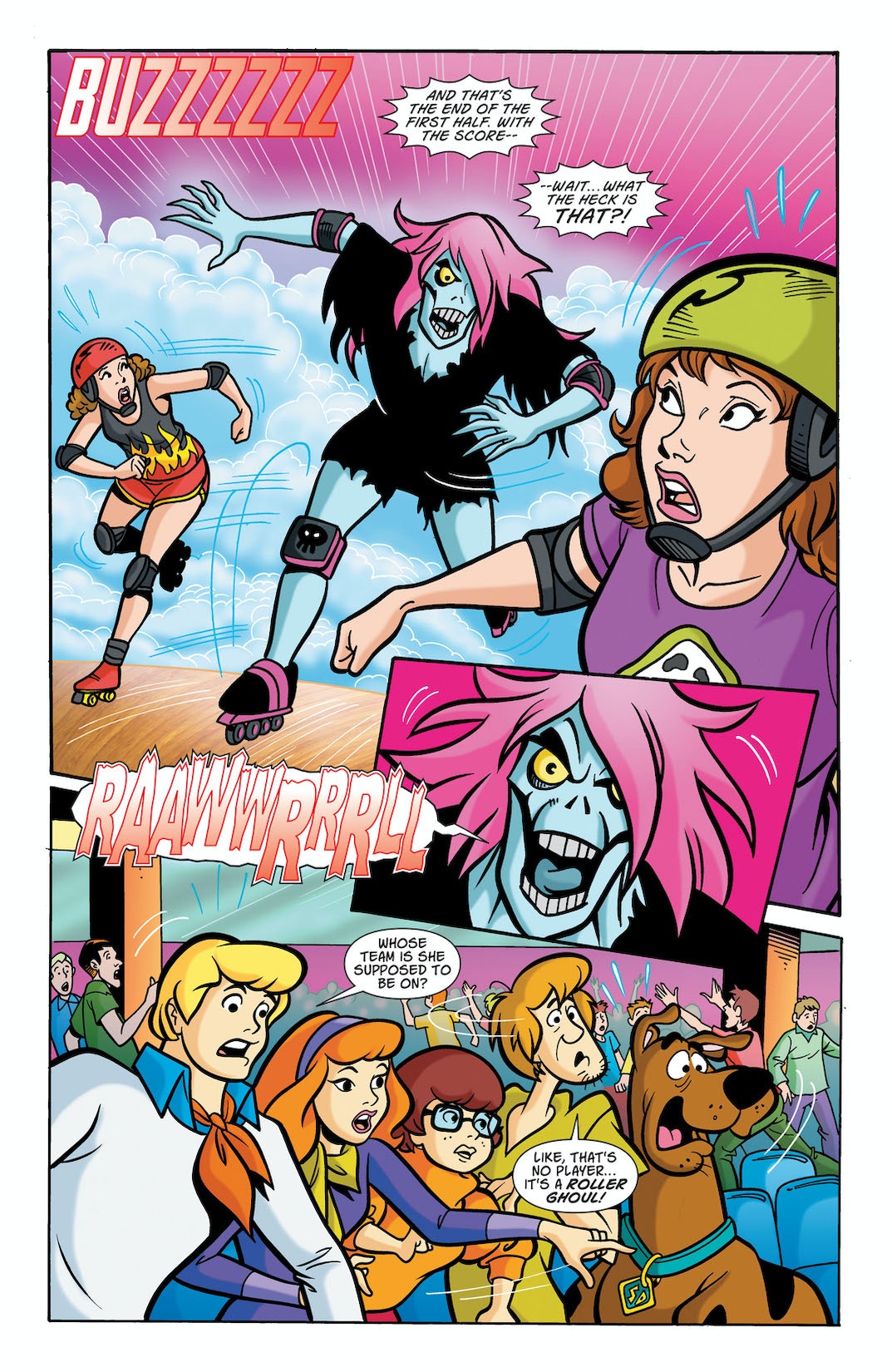 A night at the roller derby turns into rolling terror! The gang takes Daphne to see hometown favorites The Spooky City Sensations, but when the “Roller Ghoul” starts to scare players off the track, it’s up to Daphne and Velma to suit up and block, pivot, and jam with the rest of the team to keep their stadium from closing!