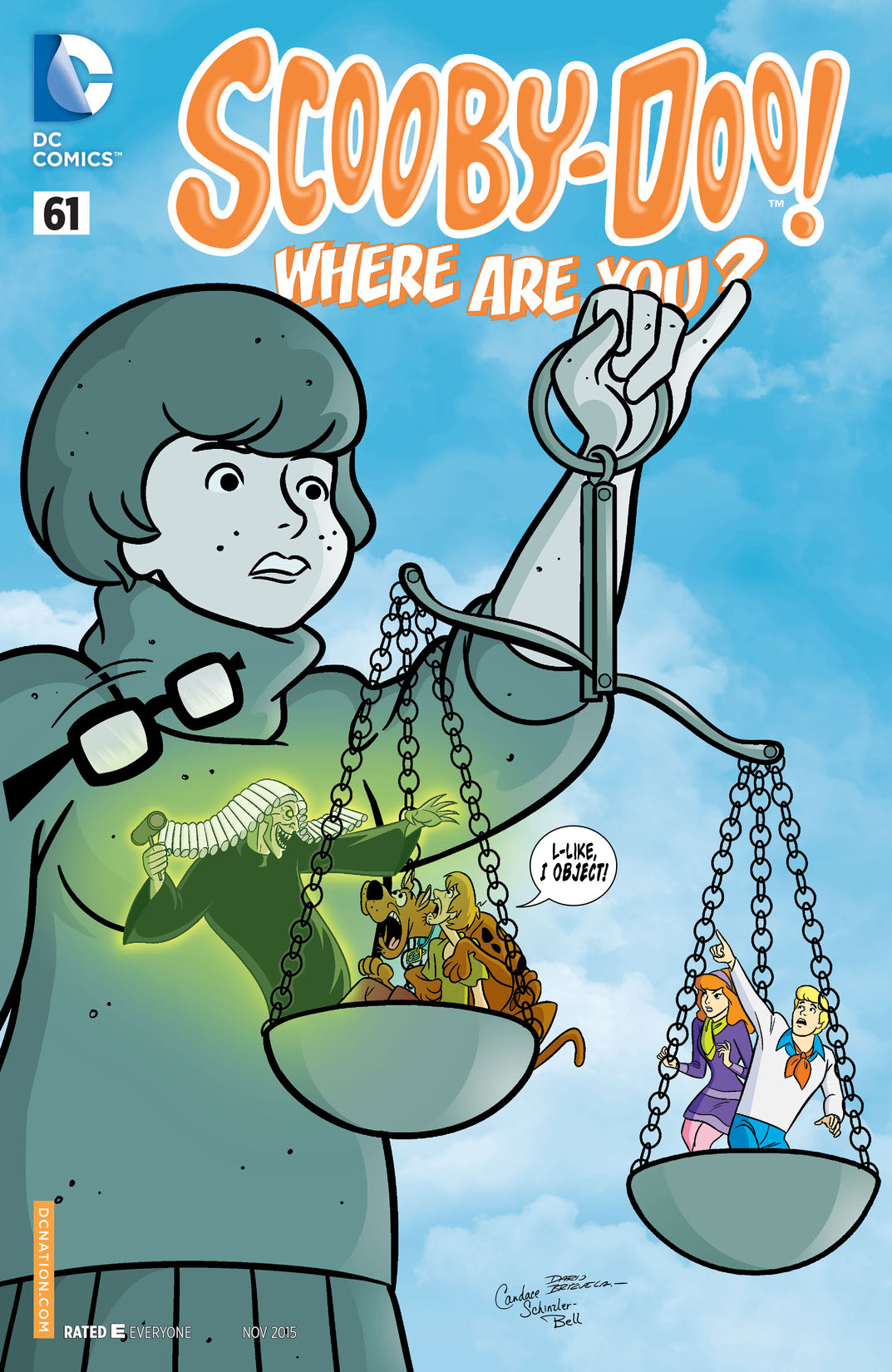 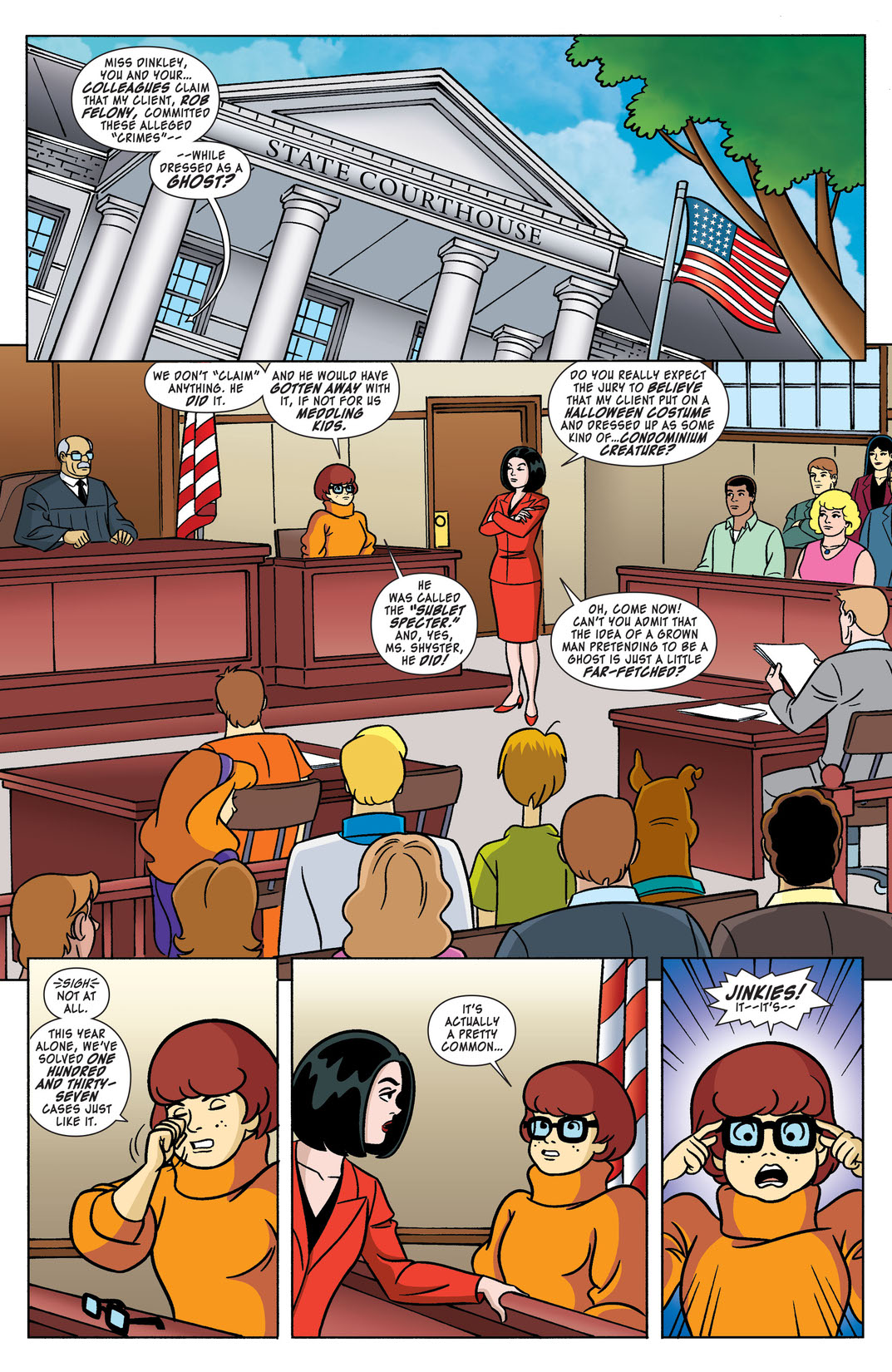 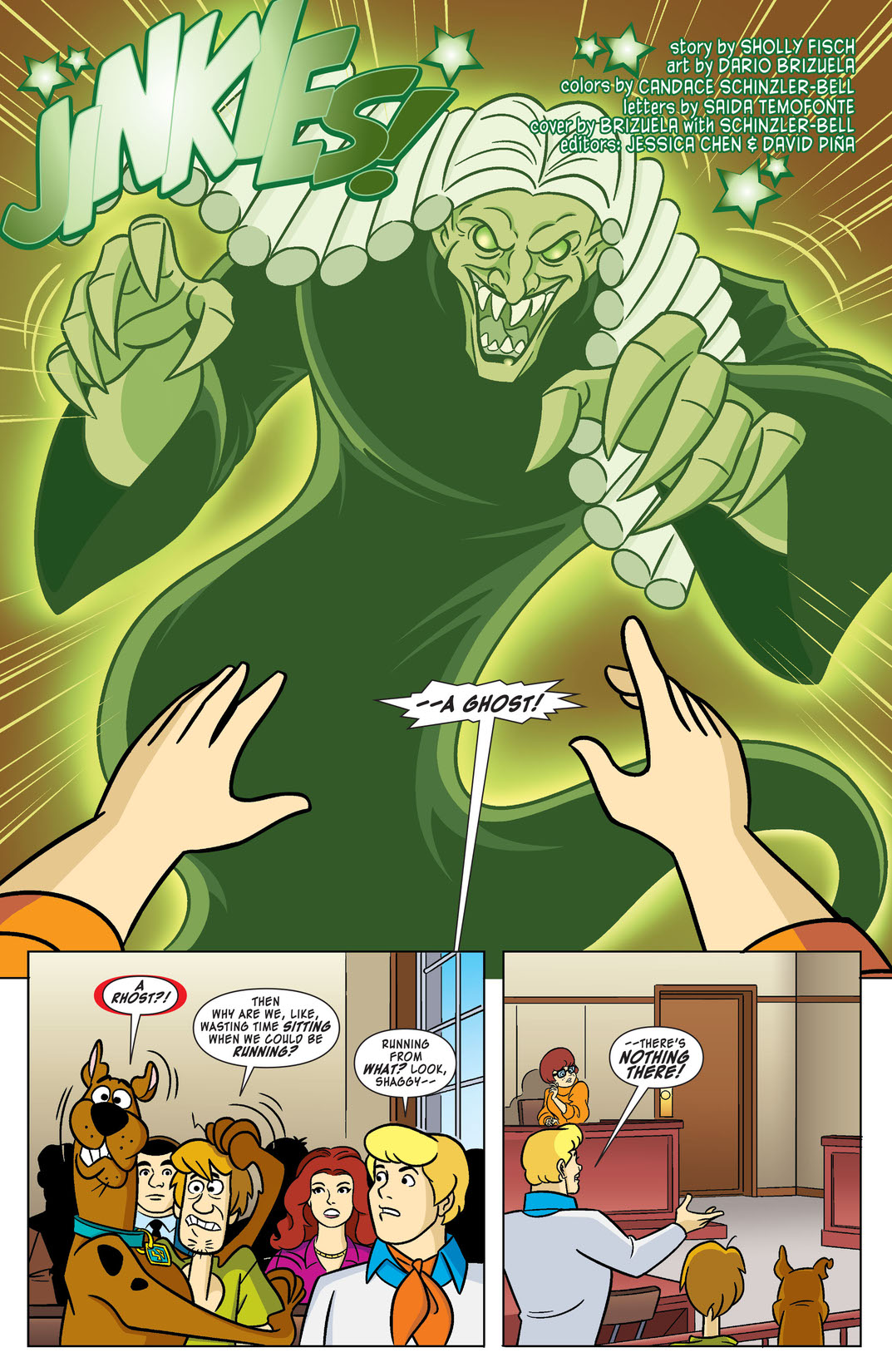 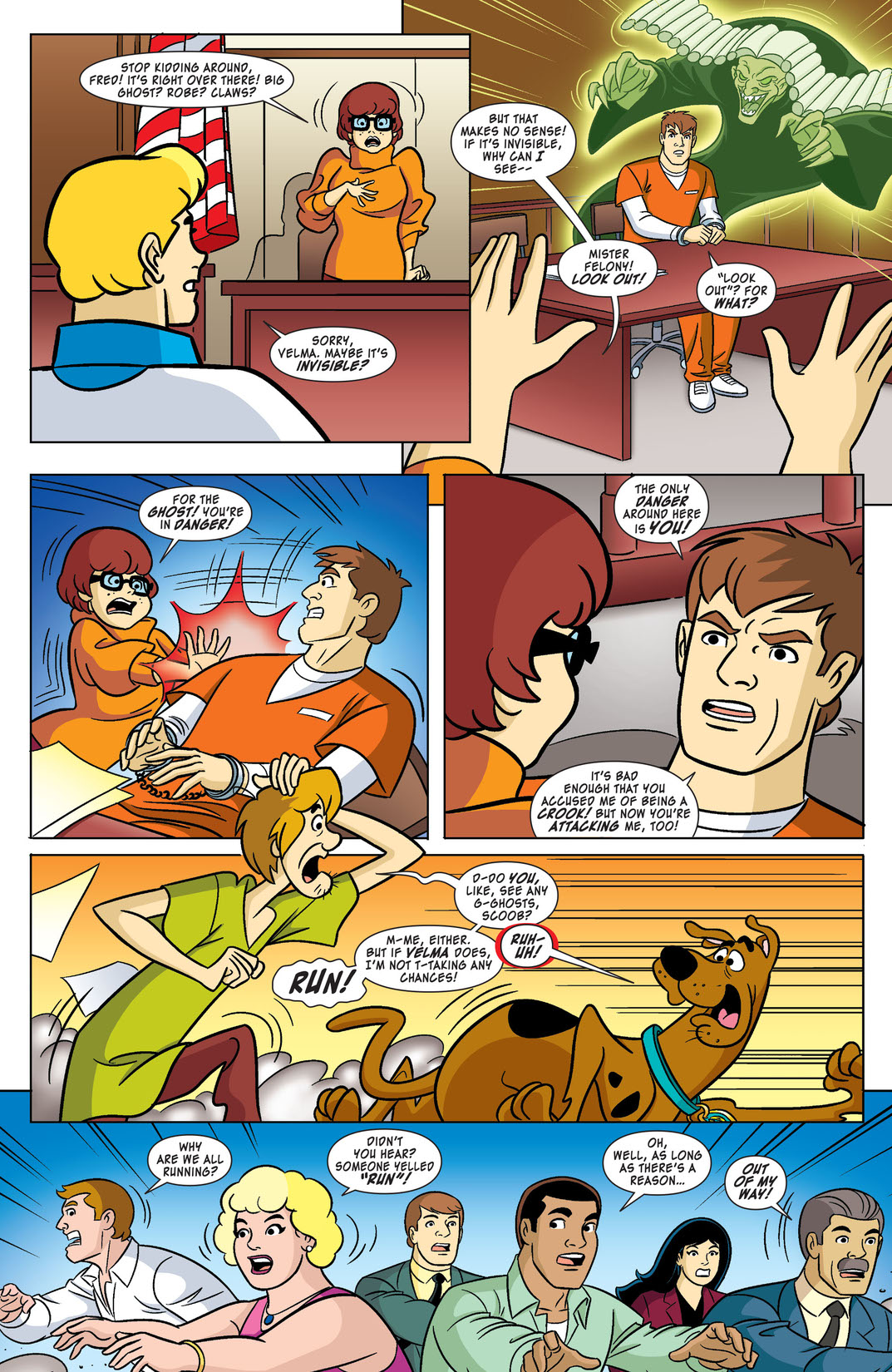 Usually, Shaggy and Scooby are the ones running scared, so the mystery's even more mysterious when Velma's being hounded by a courtroom creature her teammates can't see! Velma's not the type to cry wolf (or 'werewolf,' for that matter), so what's going on? Is she imagining things? Is it a scheme to ruin her reputation as a ghost hunter? Or is Velma being haunted-for real? Jinkies!