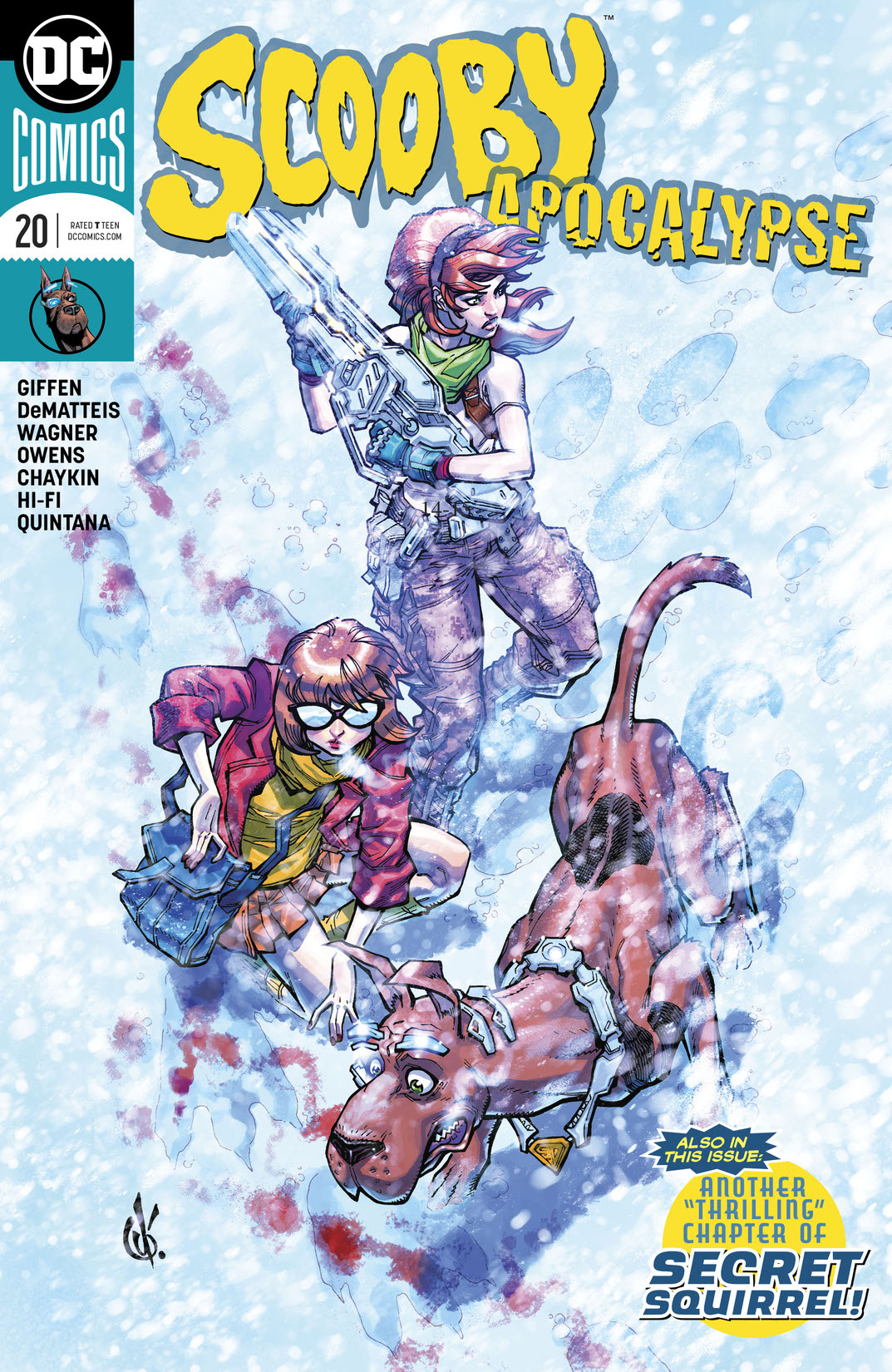 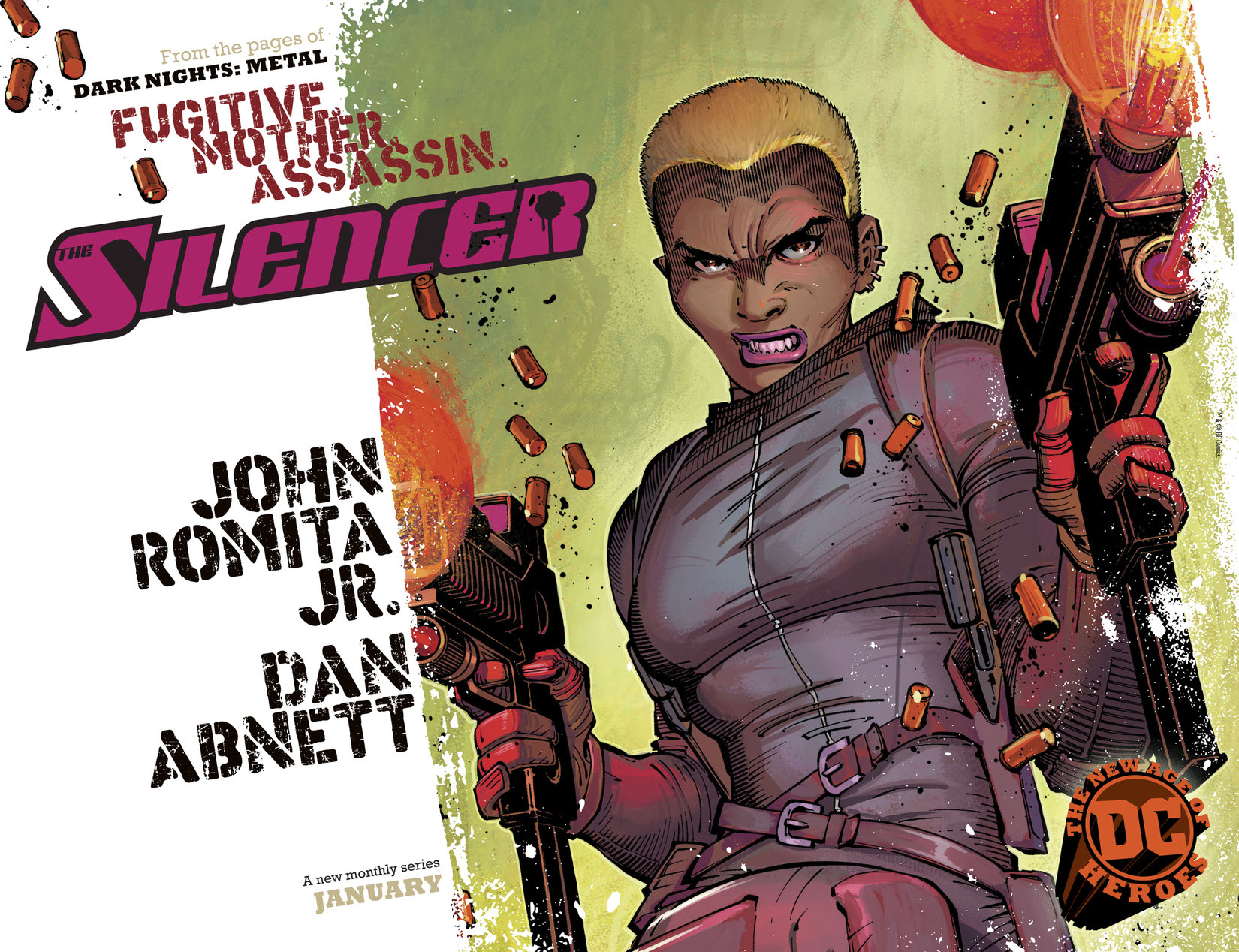 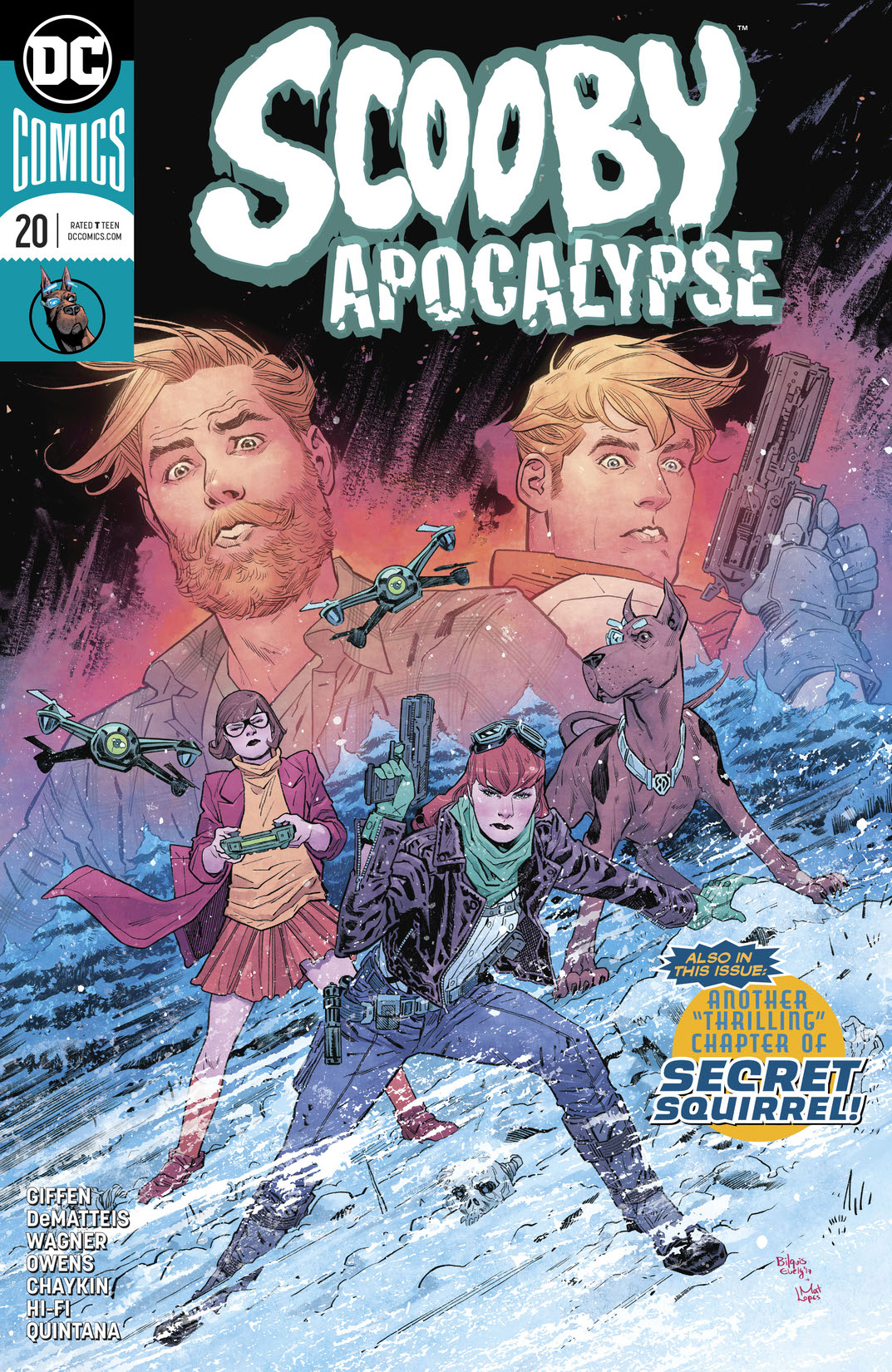 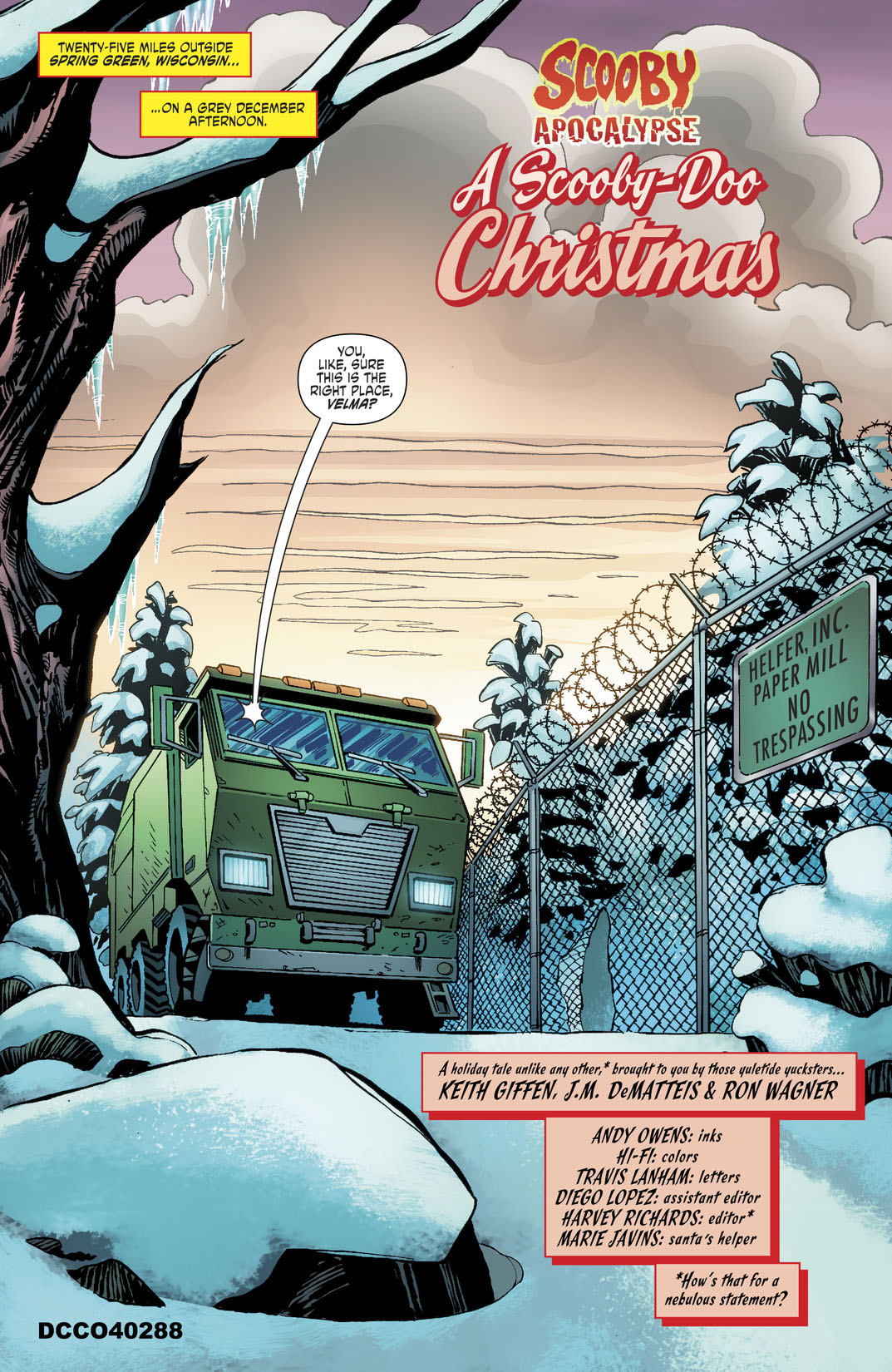 ’Tis the season in the apocalypse! The Scooby gang finds a moment to recover after narrowly escaping a harrowing battle, but when they wake up on Christmas morning, they find two members of their gang are no longer with them! With tensions having reached their breaking point, the gang is forced to face the consequences of their actions and try to once again find a glimmer of hope in this monstrous apocalypse. And in our backup story, Secret Squirrel’s mission to save the world continues as he meets his enemy face to face!