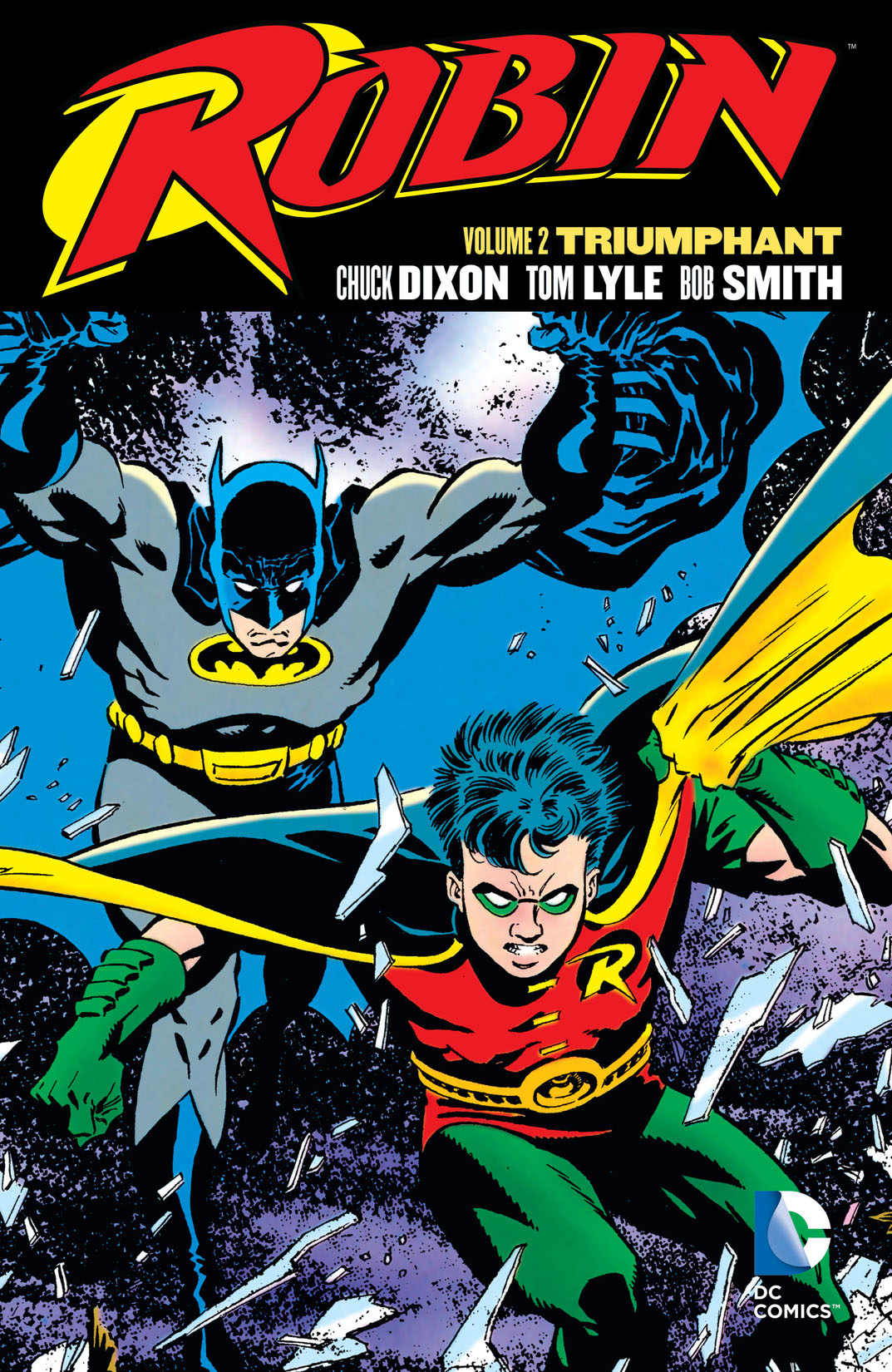 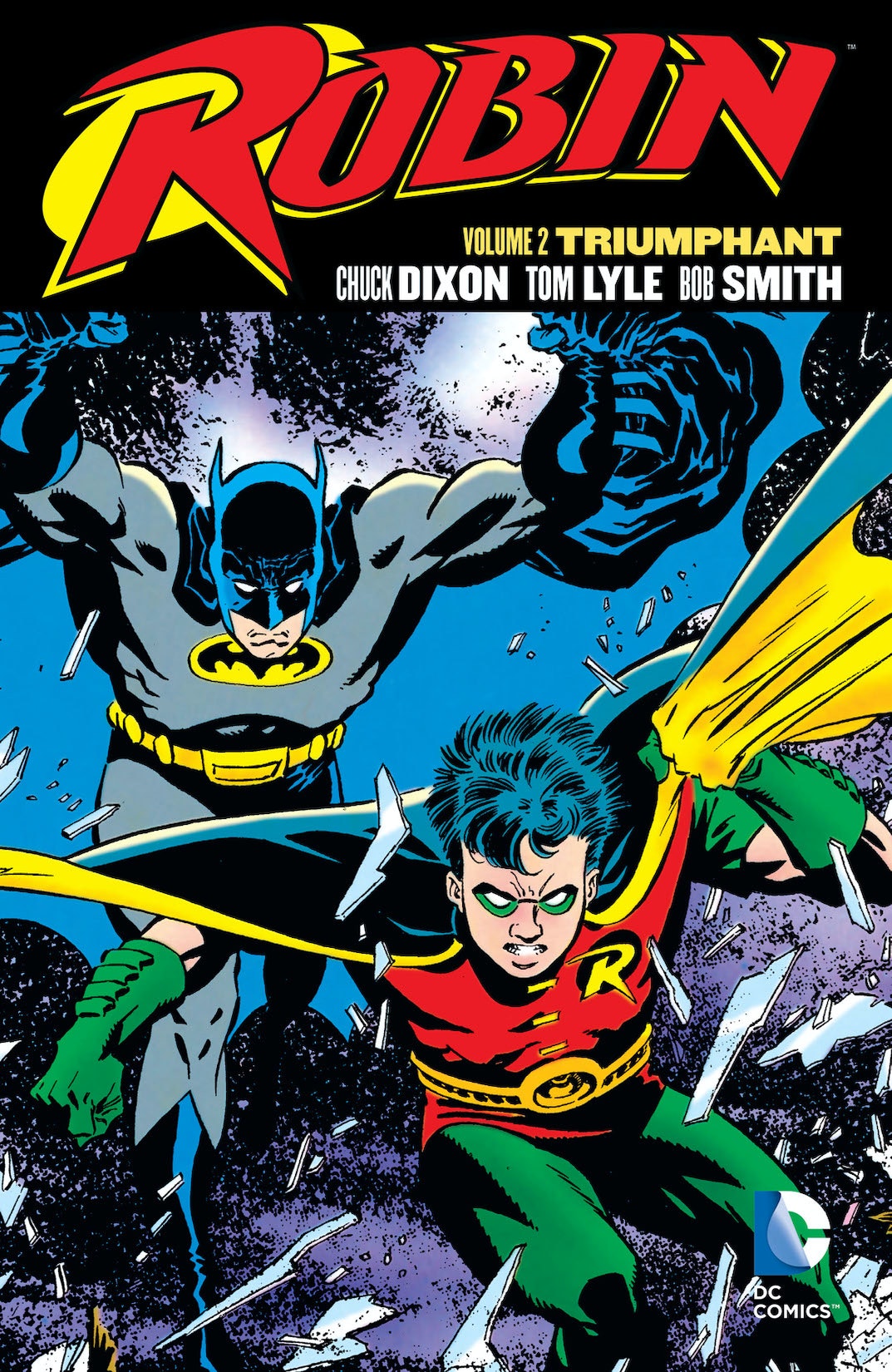 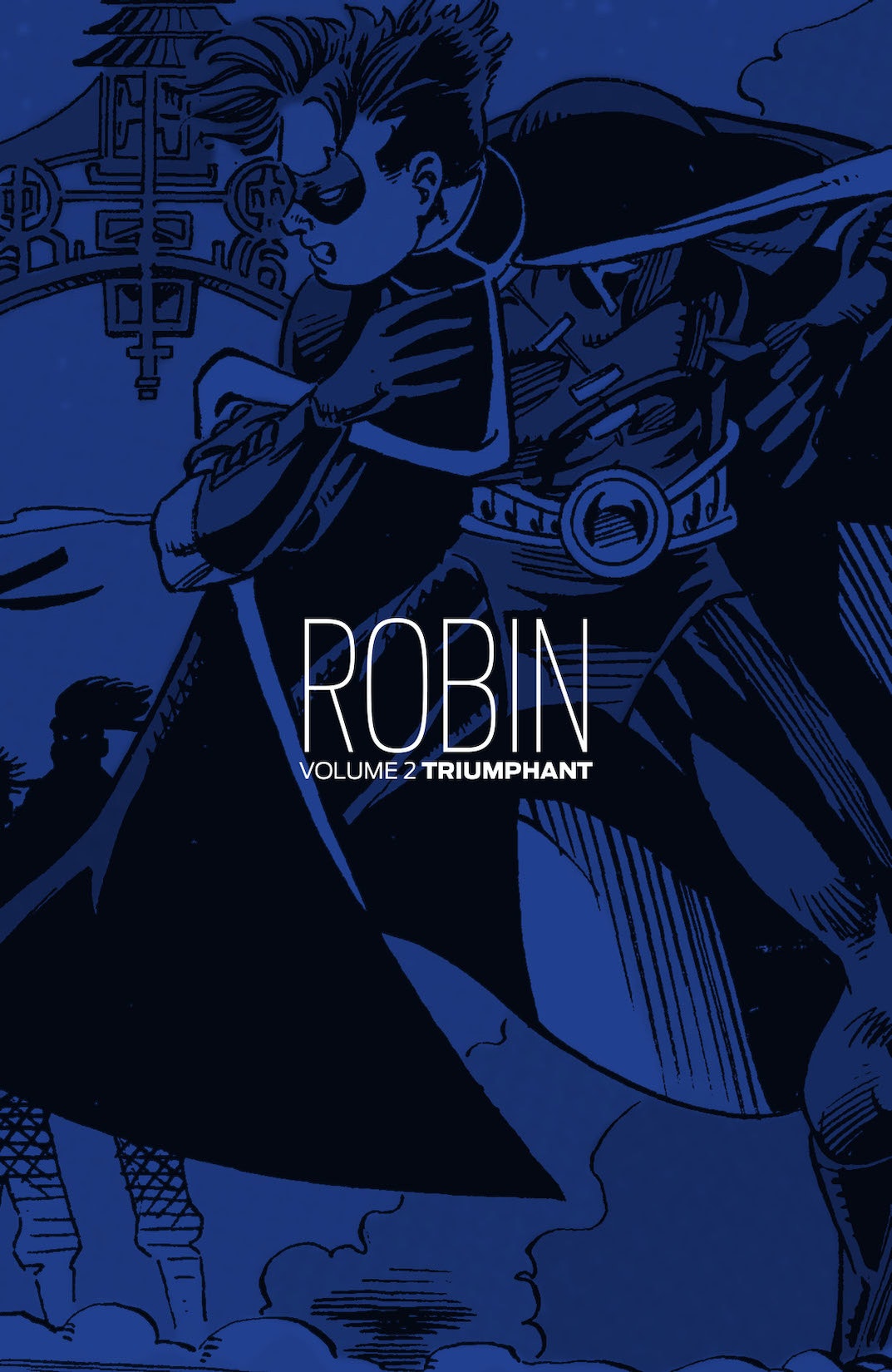 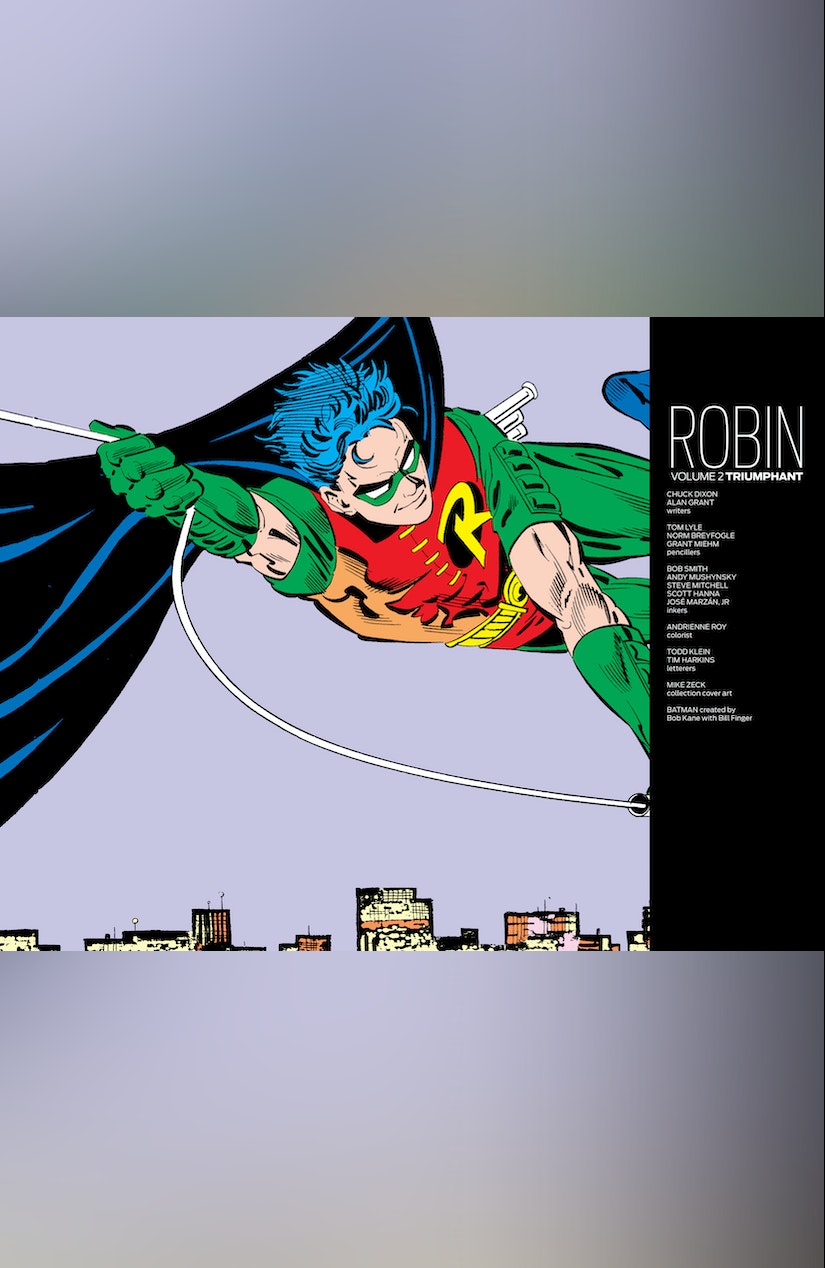 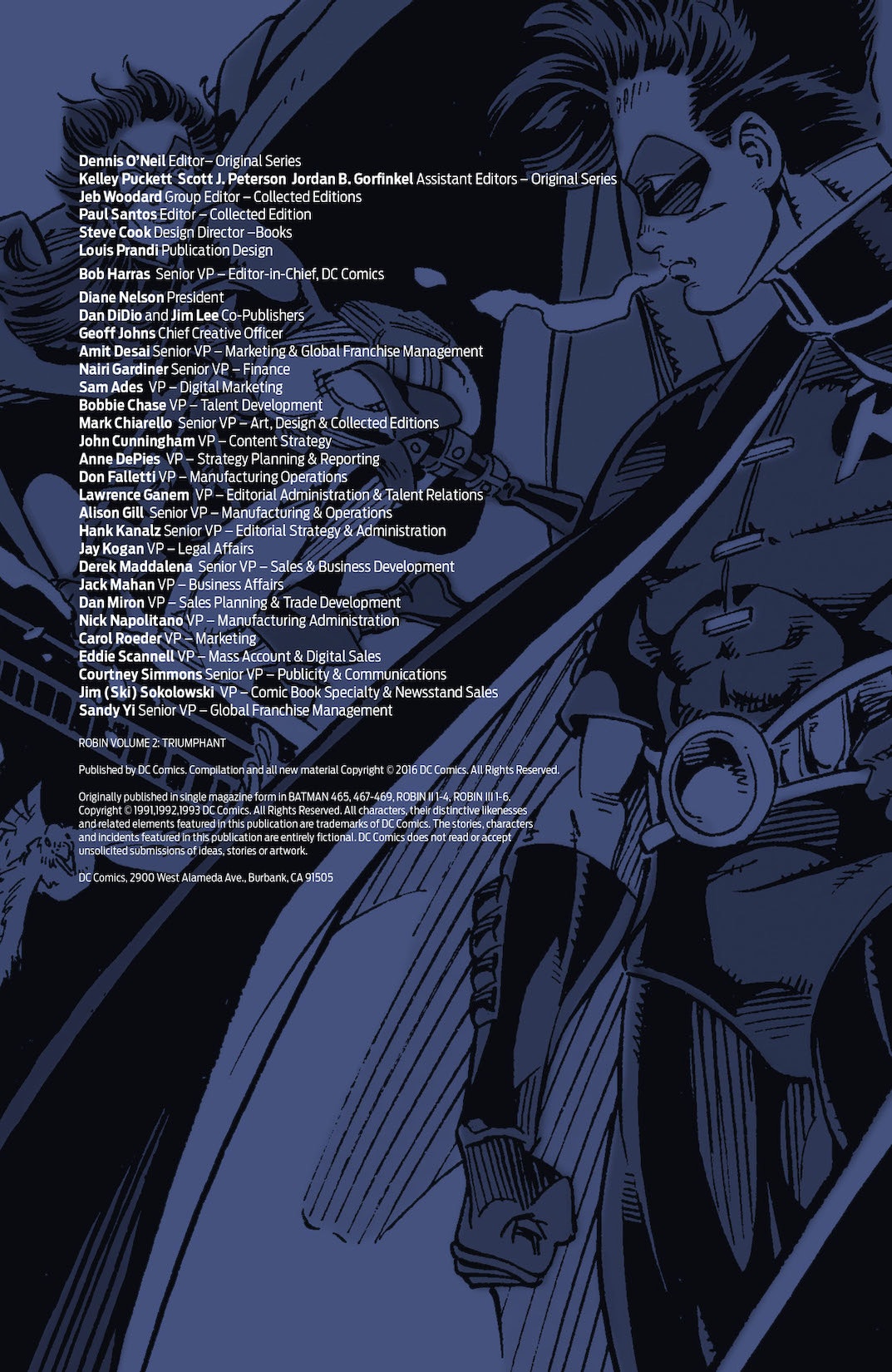 Presenting Tim Drake’s first adventures as the Dark Knight’s partner by legendary comic creators CHUCK DIXON (NIGHTWING), TOM LYLE (STARMAN) and BOB SMITH (CATWOMAN)! Tim Drake is the latest teenager to take up the mantle of Robin, and now he makes his debut as the Caped Crusader’s crime-fighting partner on the streets of Gotham City! He must confront the return of his first major adversary, King Snake, who is trying to build a drug empire in Gotham. Luckily, he has both Batman and the mysterious Huntress to aid him. But the Boy Wonder will have to face his greatest challenge alone, when the Joker escapes from Arkham Asylum and the Dark Knight is nowhere to be found. The Clown Prince of Crime will be Tim’s baptism by fire-will it end in tragedy or triumph? ROBIN: TRIUMPHANT collects in chronological order for the first time ever BATMAN #465, 467-469, ROBIN II #1-4, and ROBIN III #1-6.