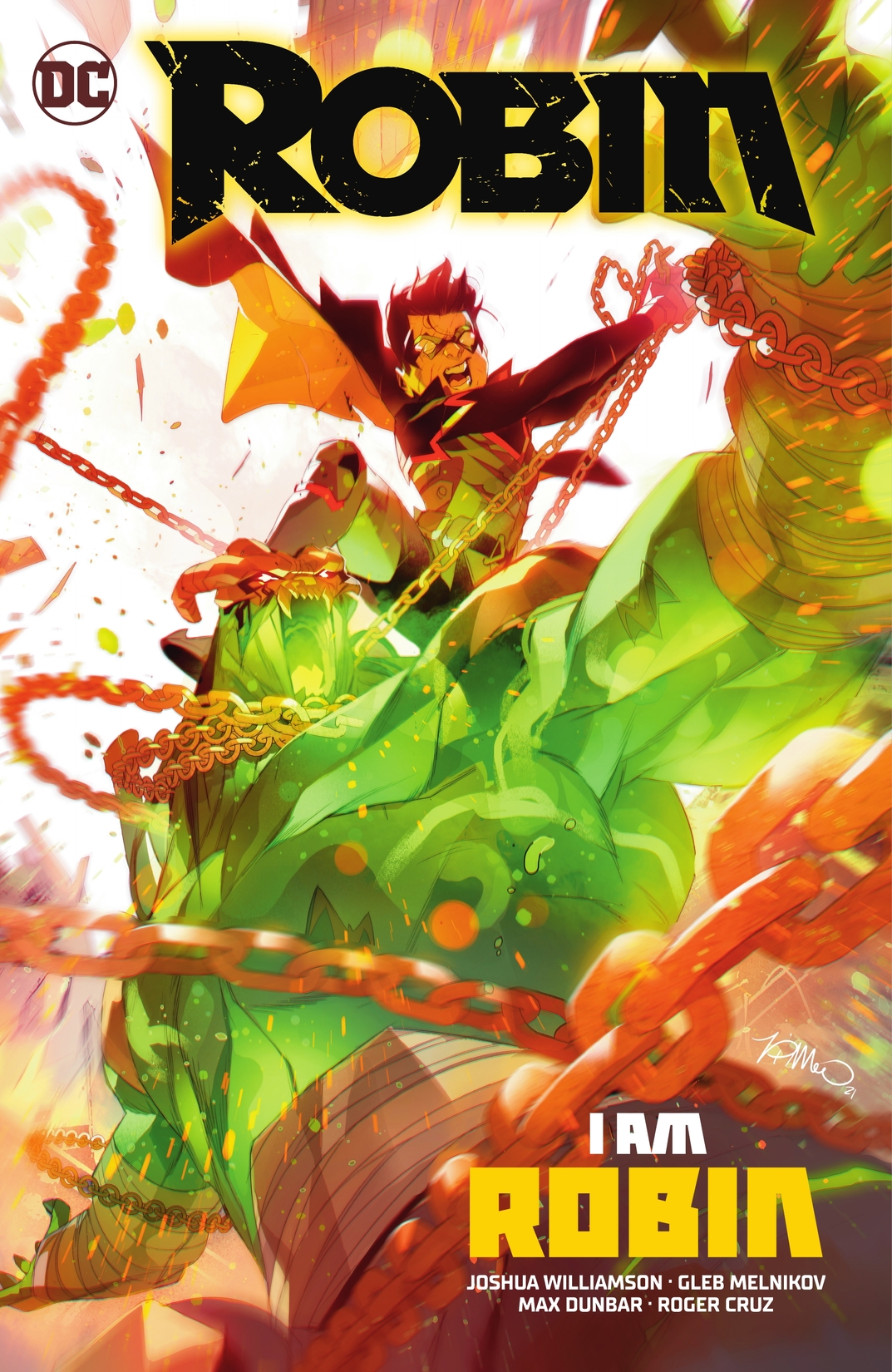 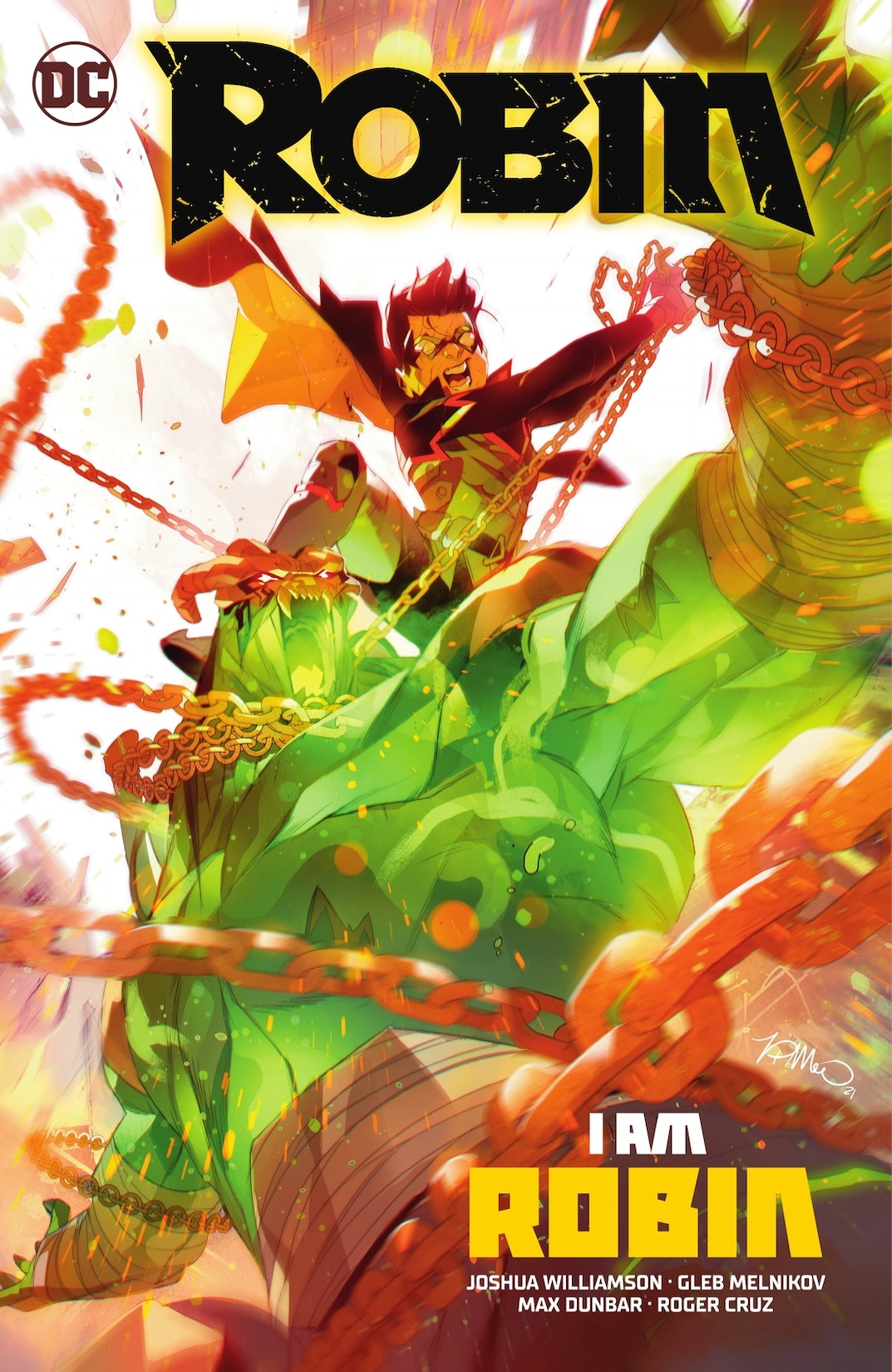 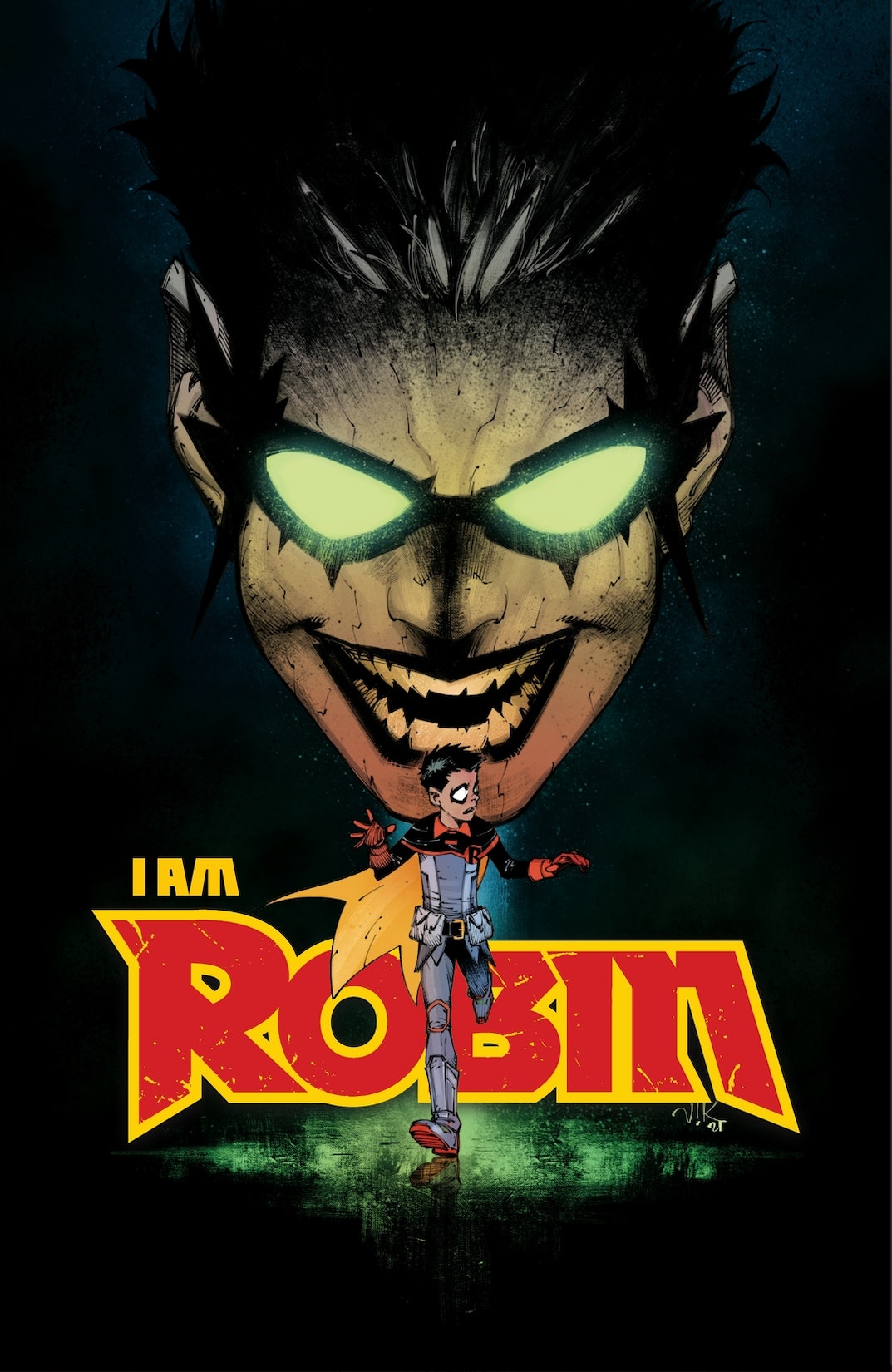 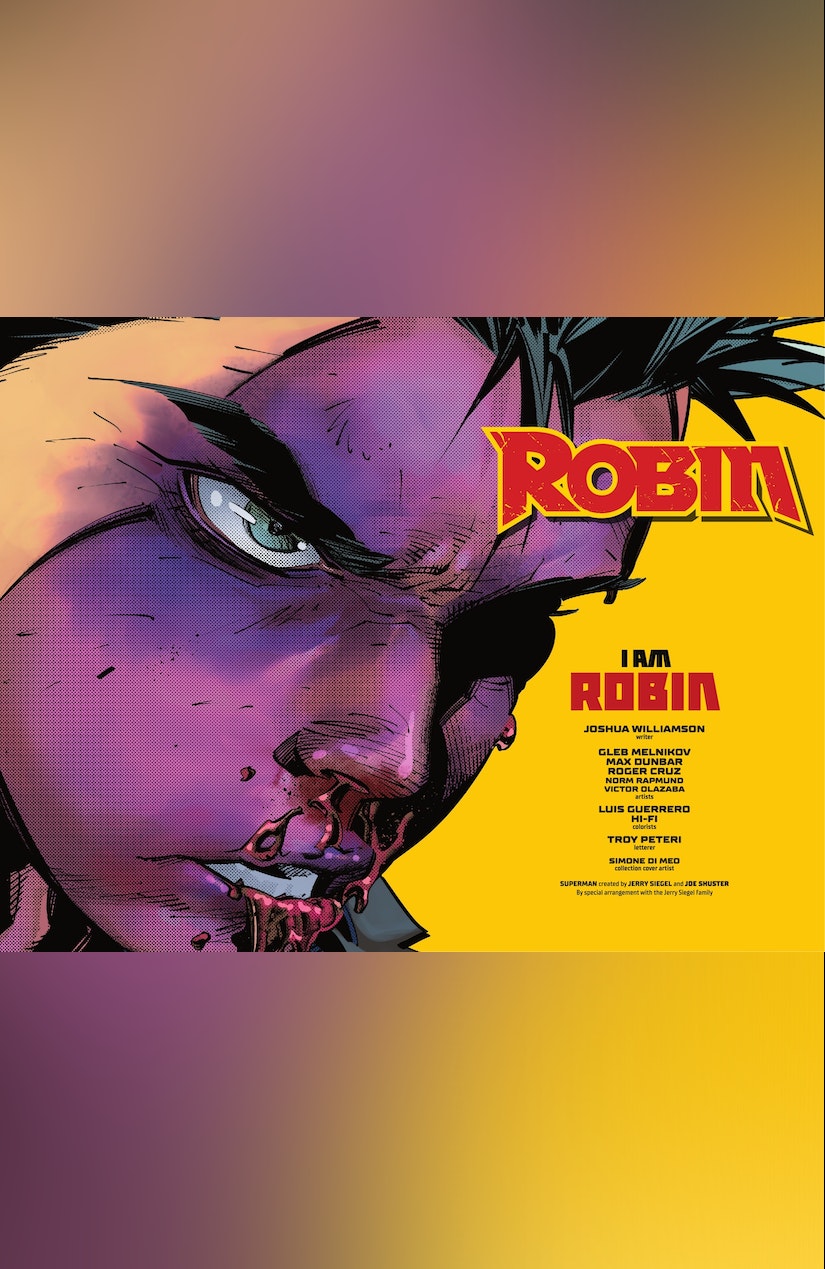 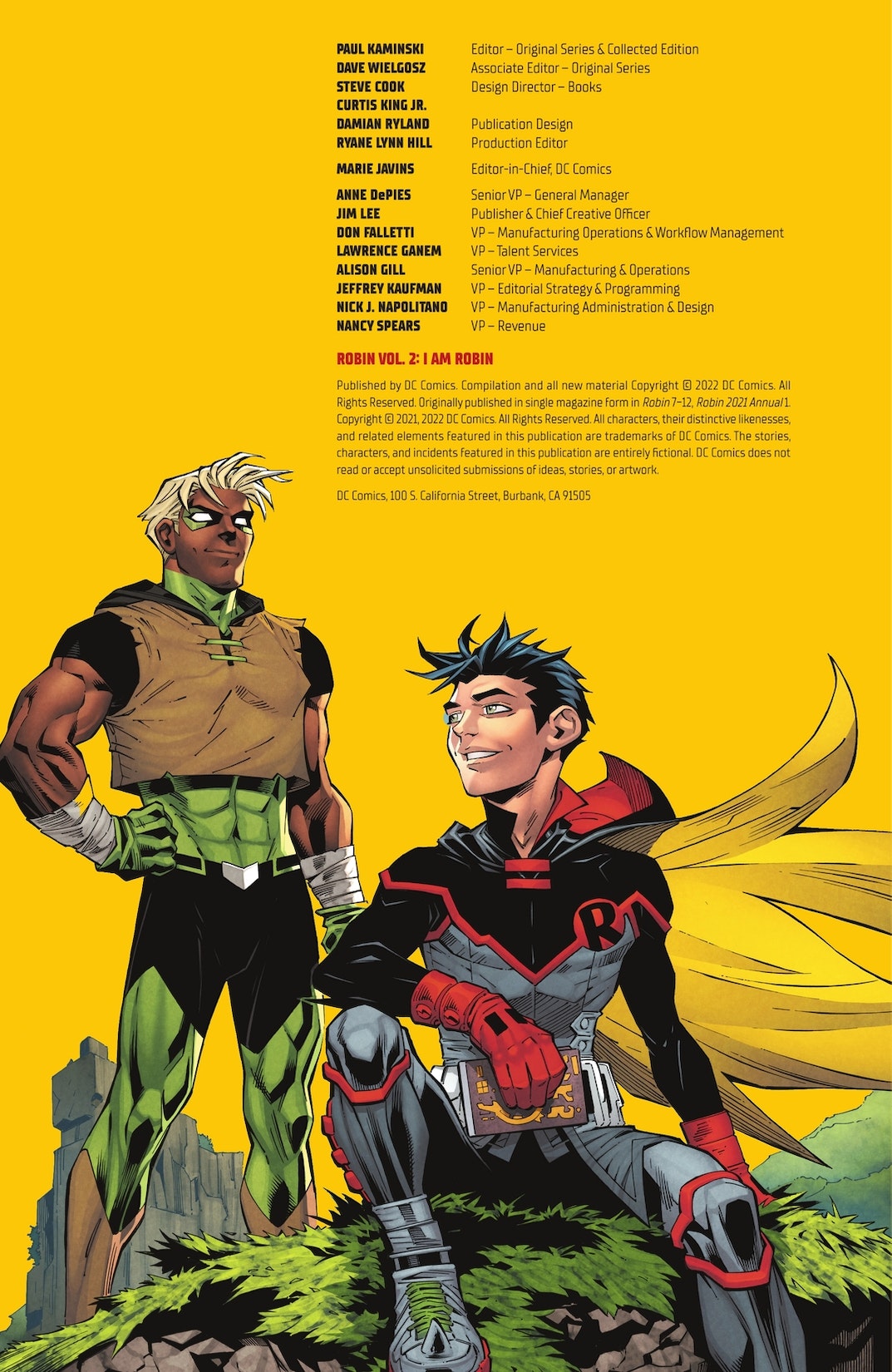 The Lazarus tournament is underway, and Robin is facing some of the deadliest foes of his life in battle after battle to death after death! As Robin fights for the secrets of eternal life against the deadliest killers on the planet, can he-will he-DARE HE-survive…a girlfriend? Witness the complete battle and learn the fate of Damian Wayne’s family line in this critically acclaimed volume of the hit Robin series! Collects Robin #7-12 and Robin Annual 2021.