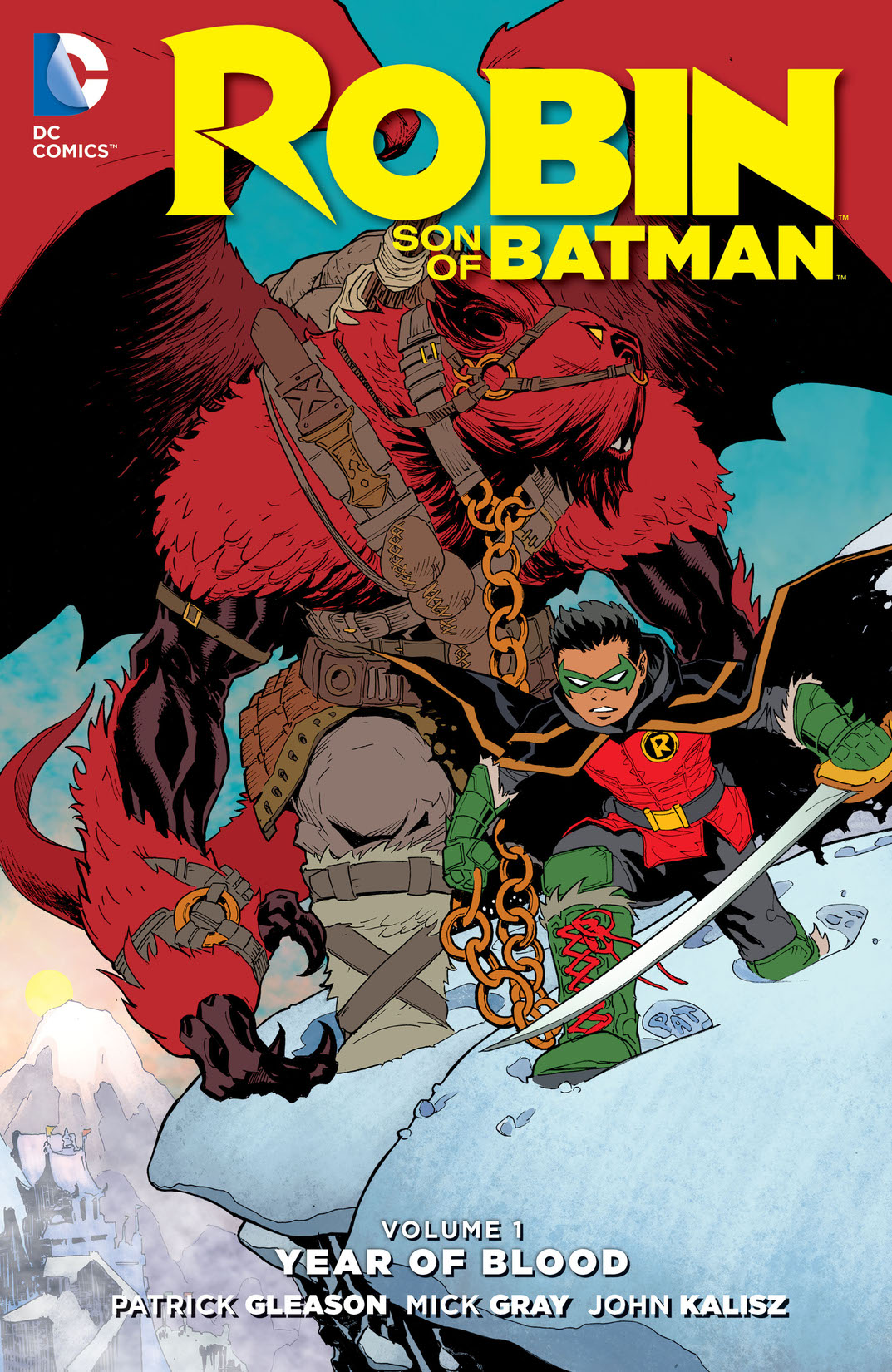 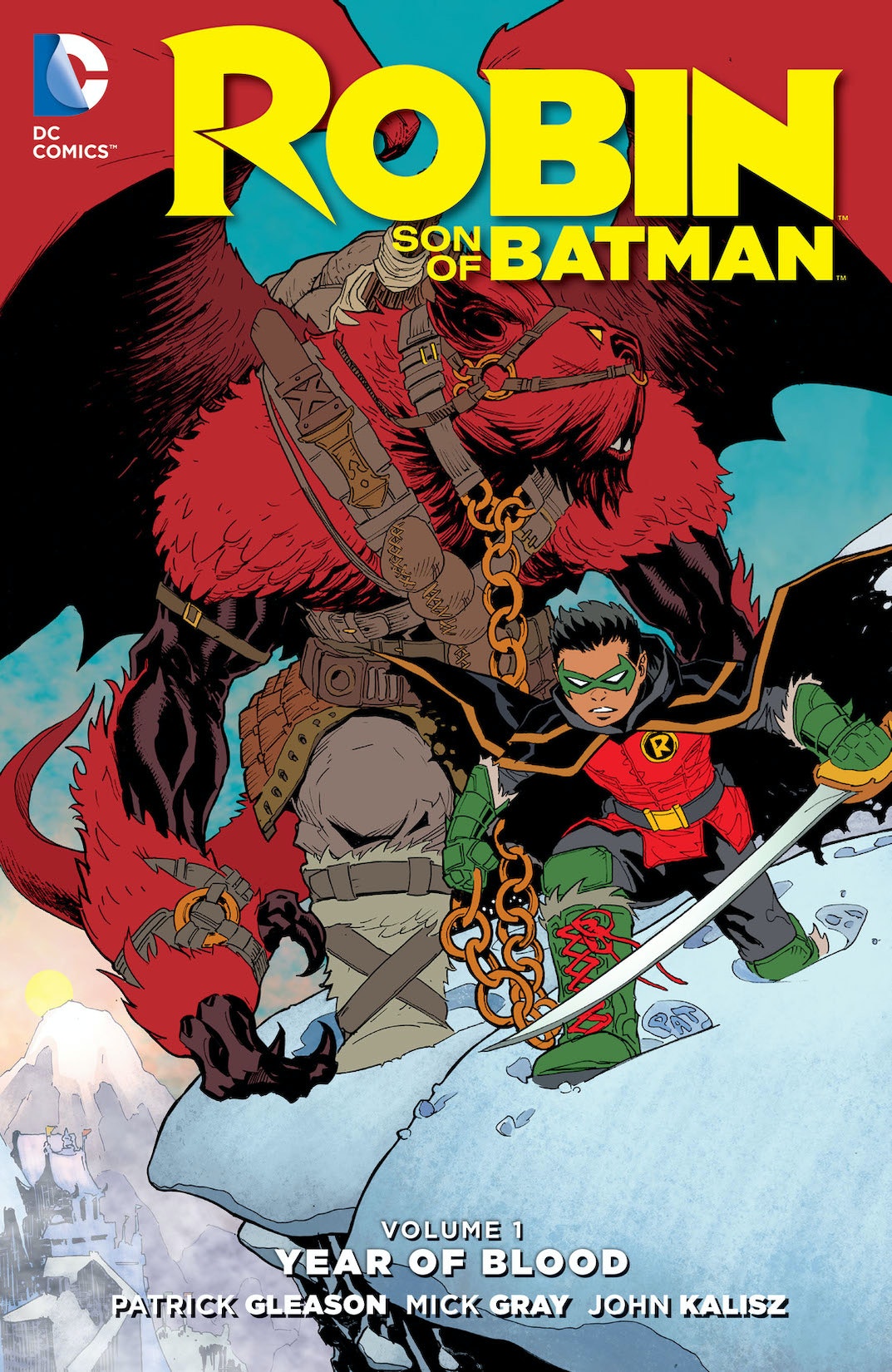 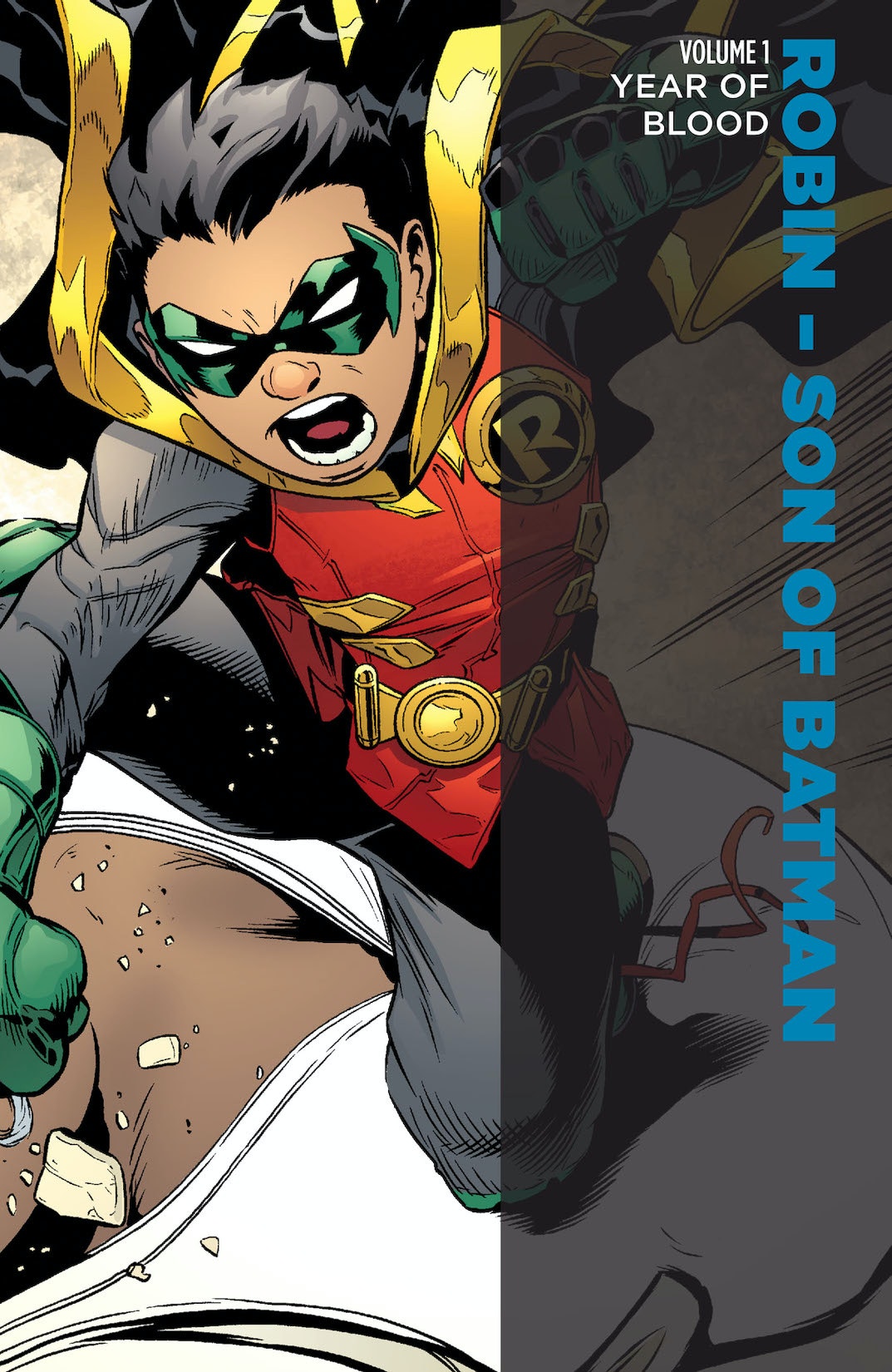 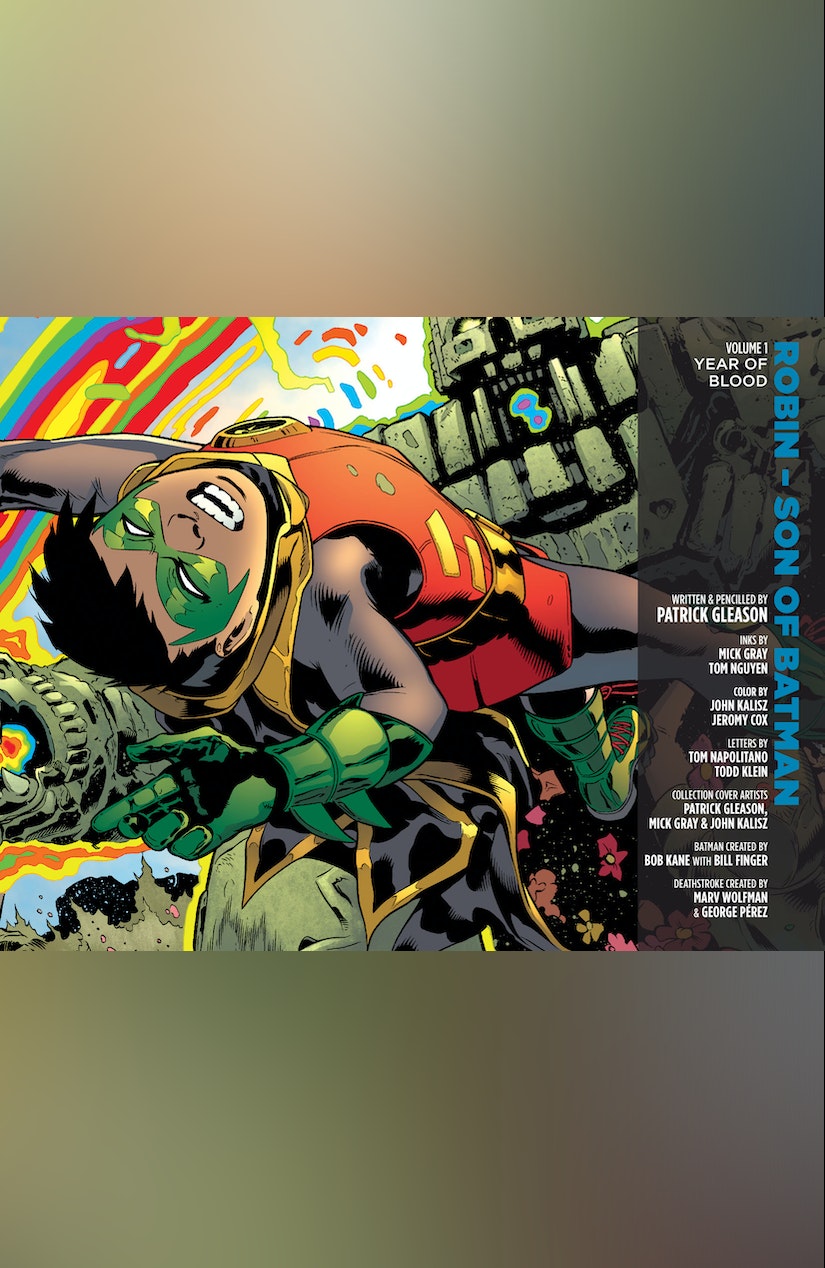 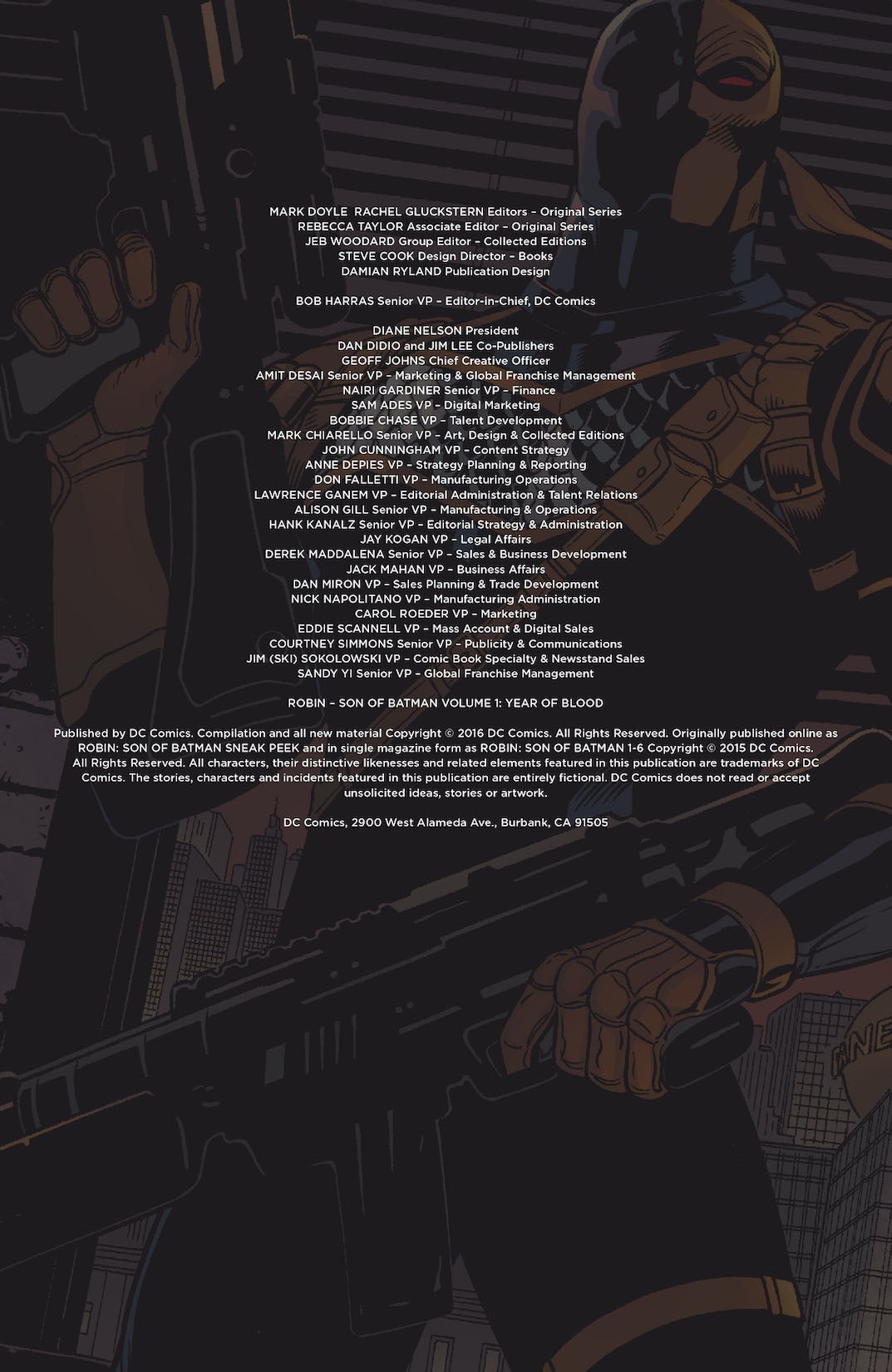 Bruce Wayne’s son is Robin in this thrilling new series from Patrick Gleason (BATMAN AND ROBIN) and artists MICK GRAY and JOHN KALISZ. Back from the dead, Damian Wayne is reassessing his life-and that includes being raised and trained by Talia and Ra’s al Ghul. To complete that training, he spent a year doing seemingly impossible tasks in the service of the Demon’s Head-the Year of Blood. The time has come for Damian to atone for his sins and make right from wrong-the Year of Atonement. Collects ROBIN: SON OF BATMAN Sneak Peek and issues #1-6.