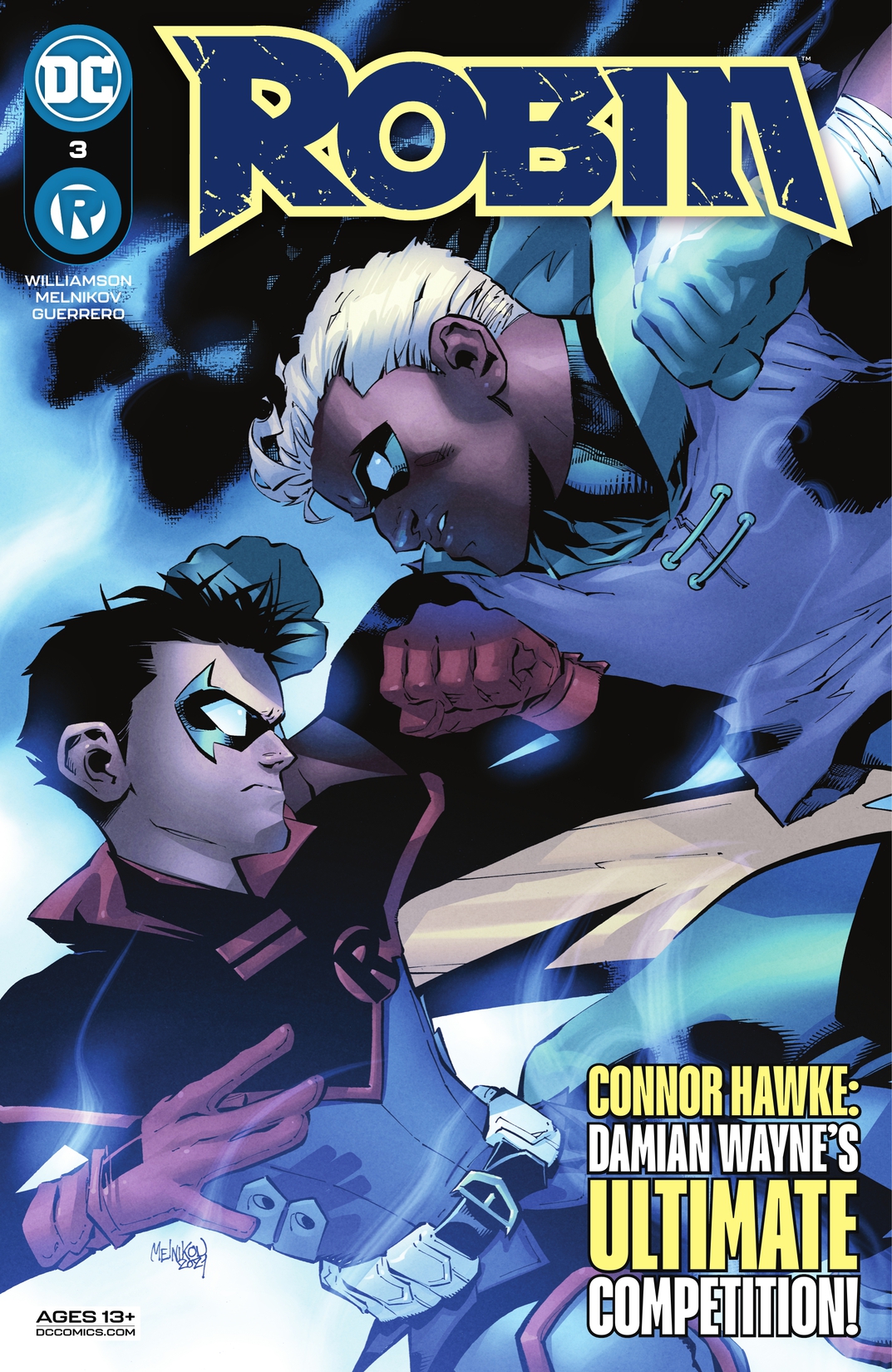 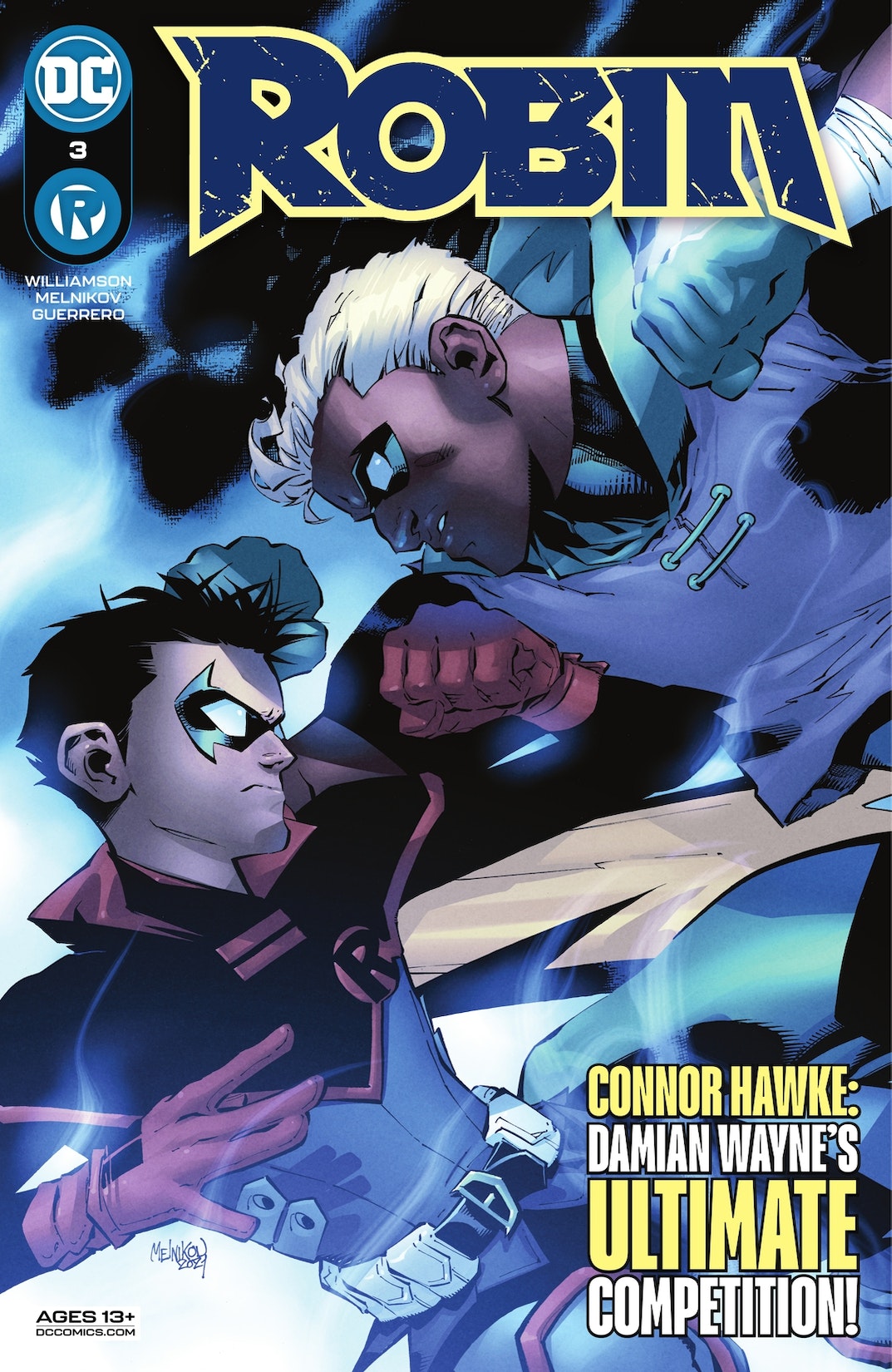 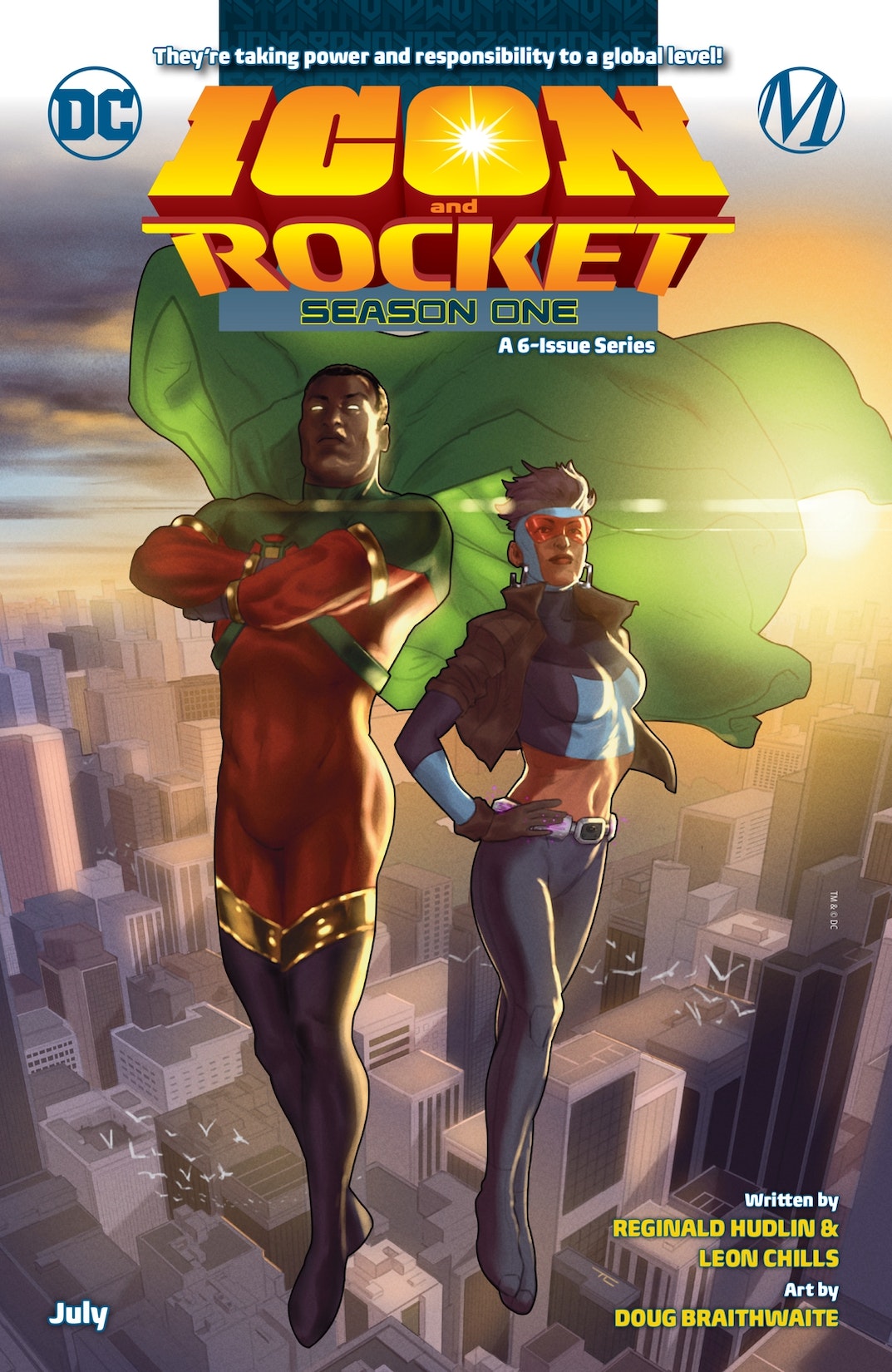 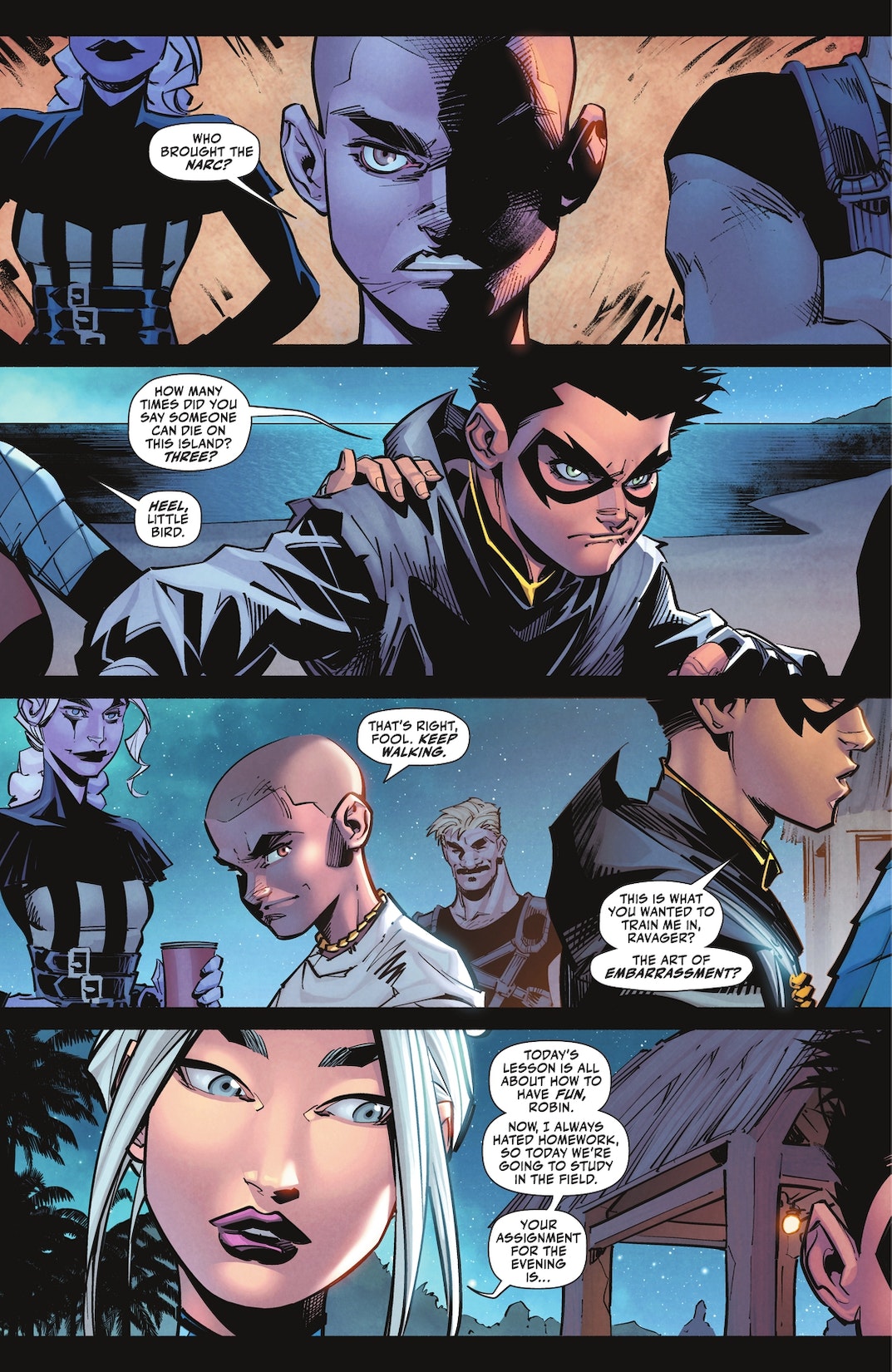 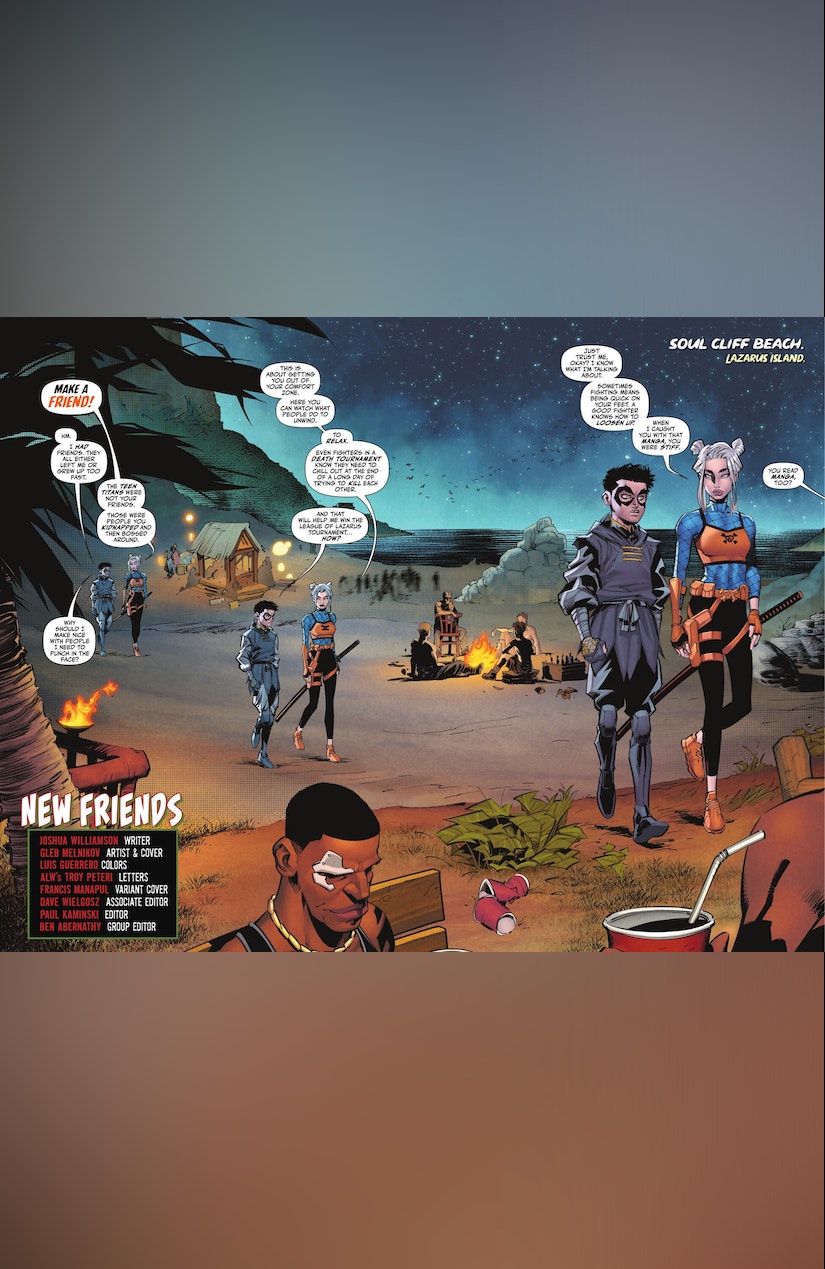 It’s a beach party from hell! Robin’s mission to get to the heart of the League of Lazarus's inner workings has left him once again locked in combat with his fellow fighters, but never did Damian Wayne think it would lead to a beach-blanket cookout. What’s more dangerous than a life-or-death struggle for the all-or-nothing prize of immortality? Well, for Damian, it’s acting like a normal teenager for five minutes. And don’t miss the surprise confrontation with Damian’s number 1 competition, a mysterious fighter trained by the League of Shadows!