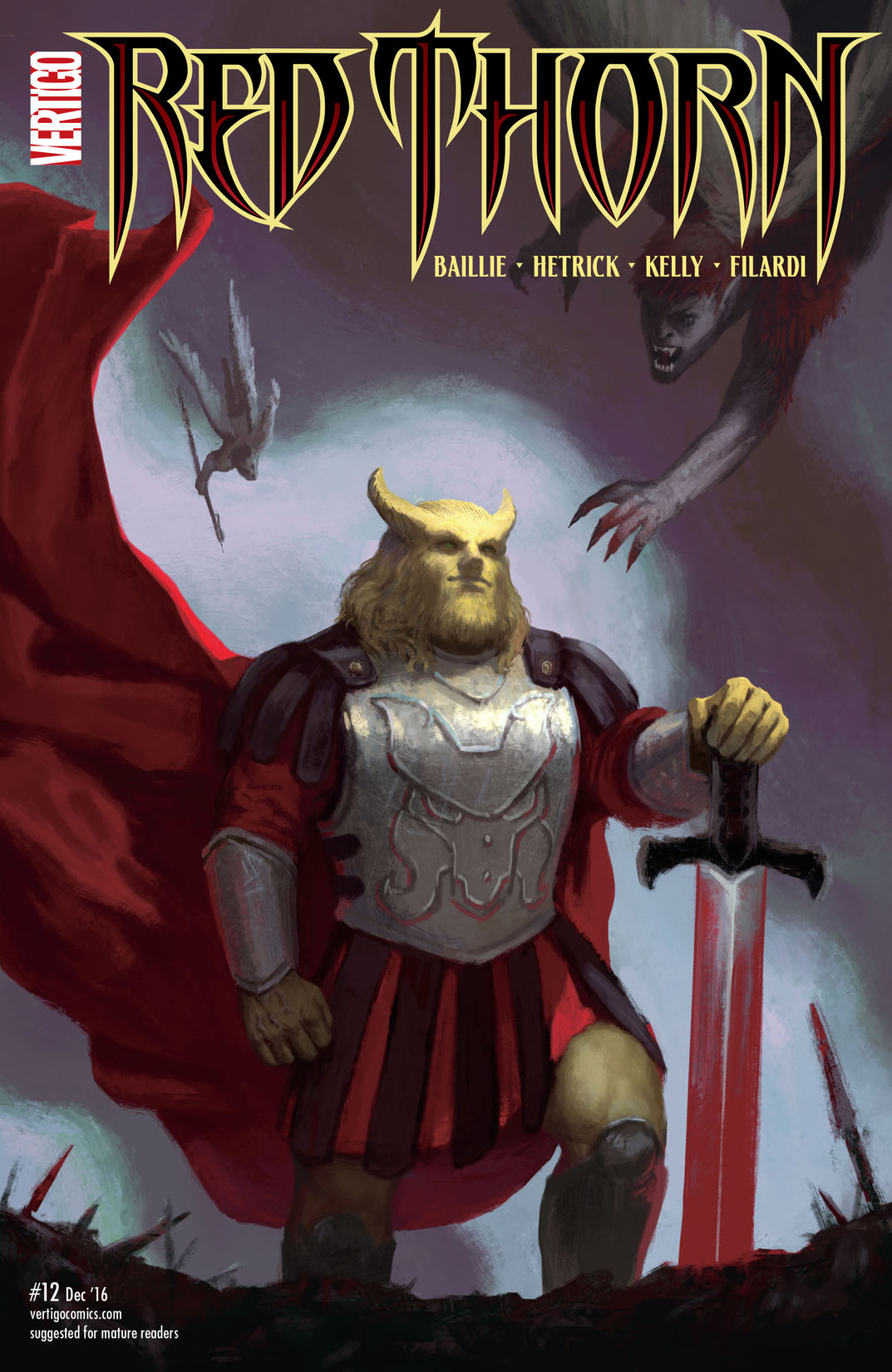 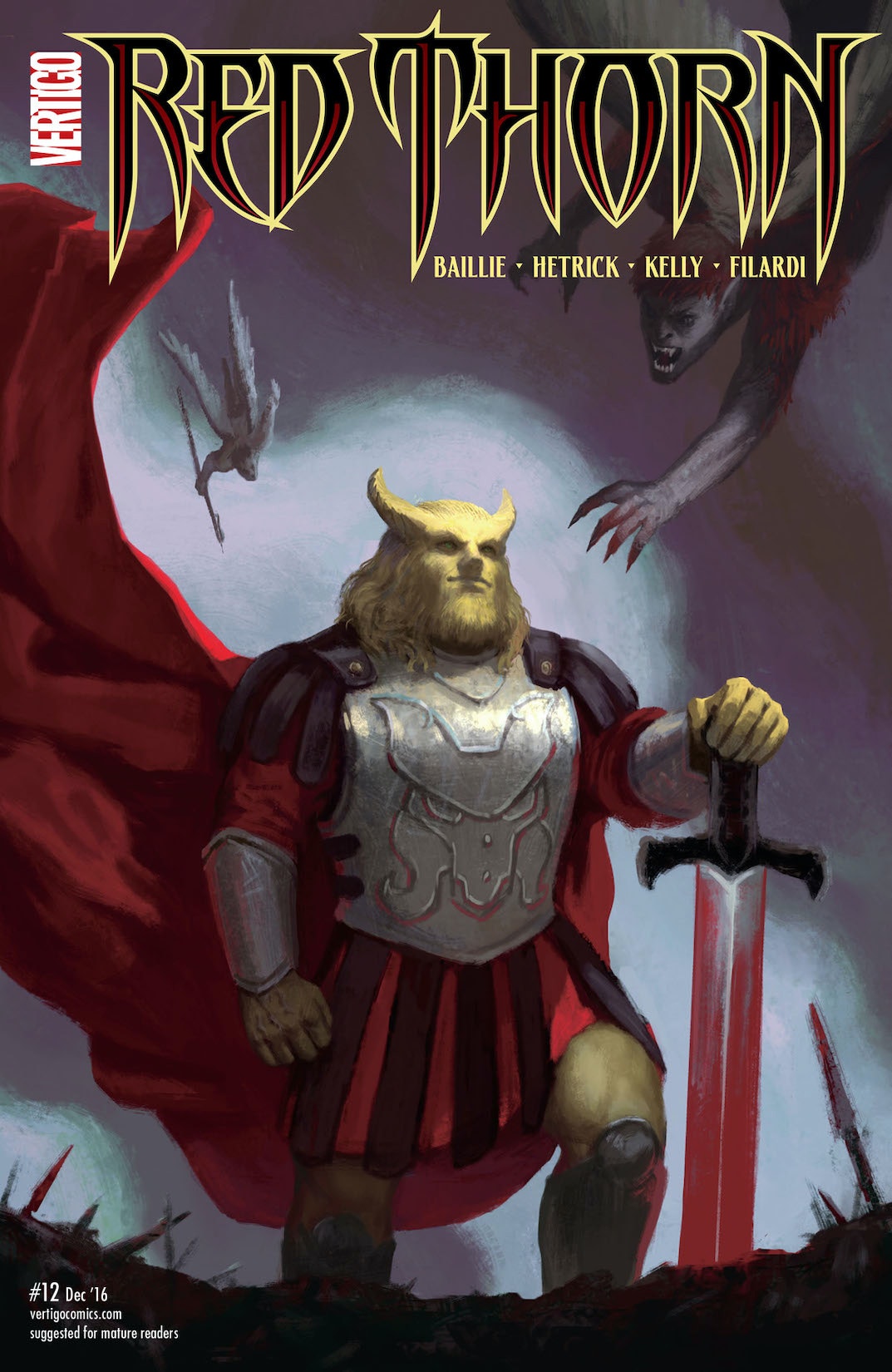 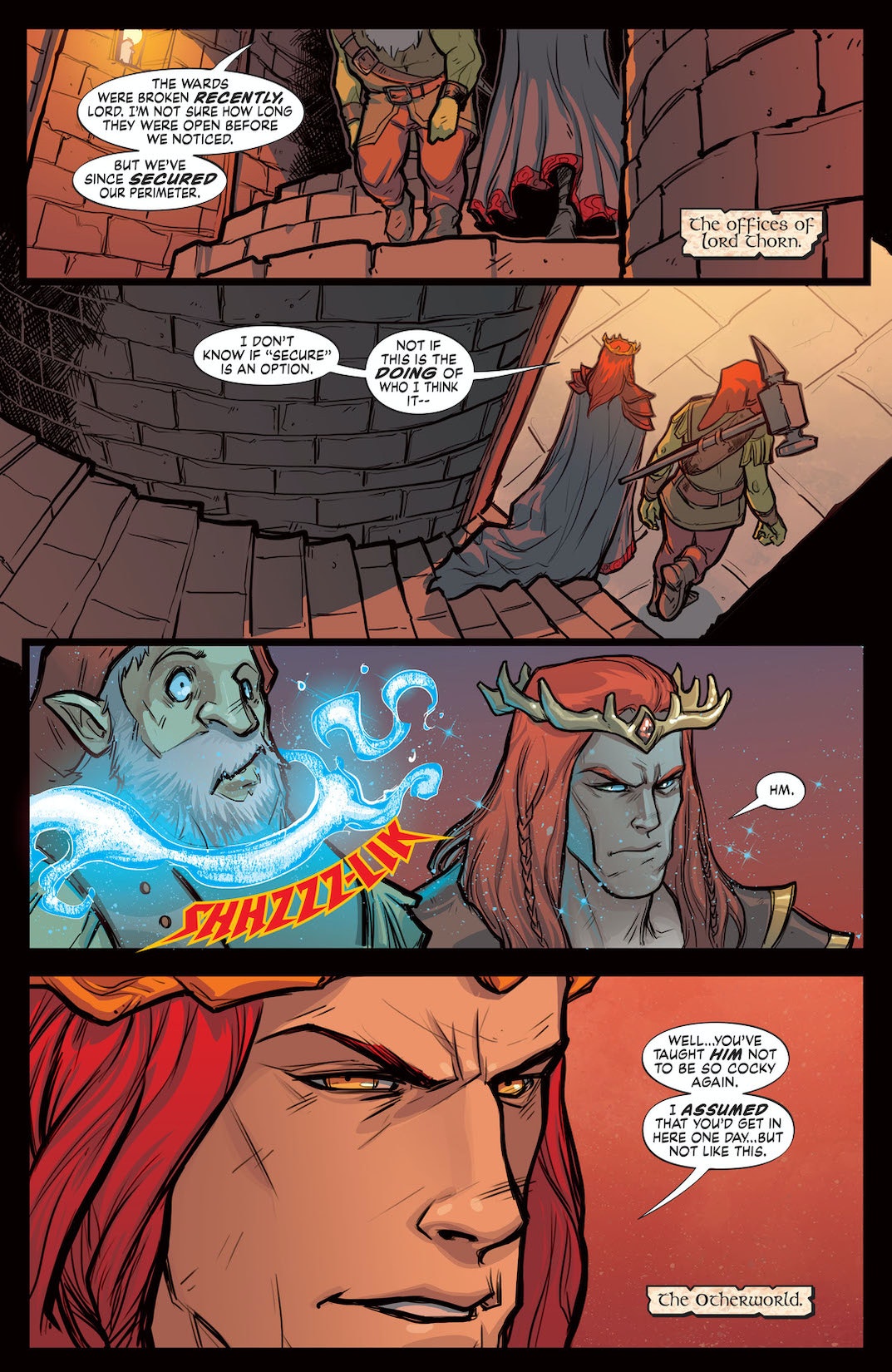 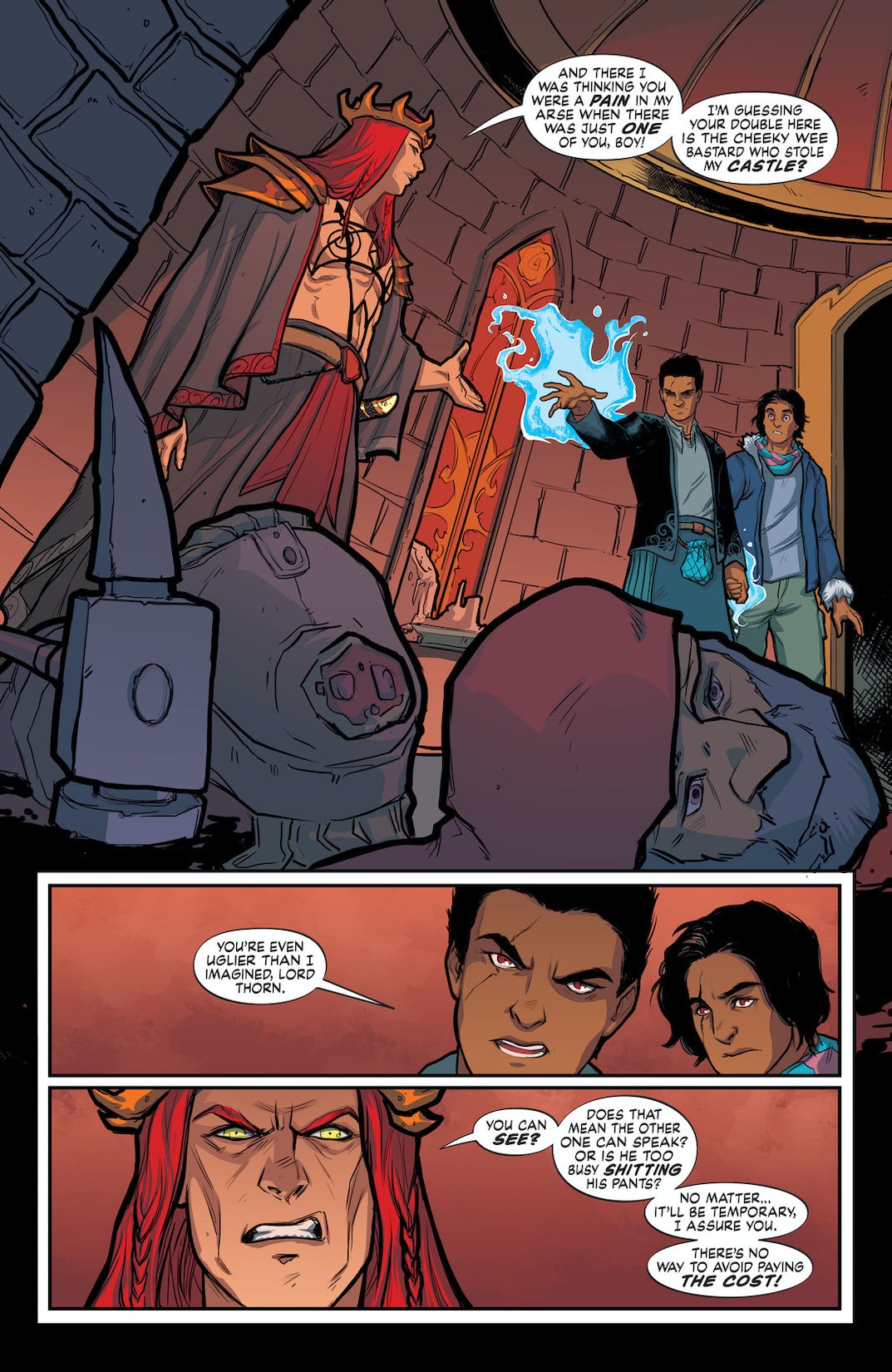 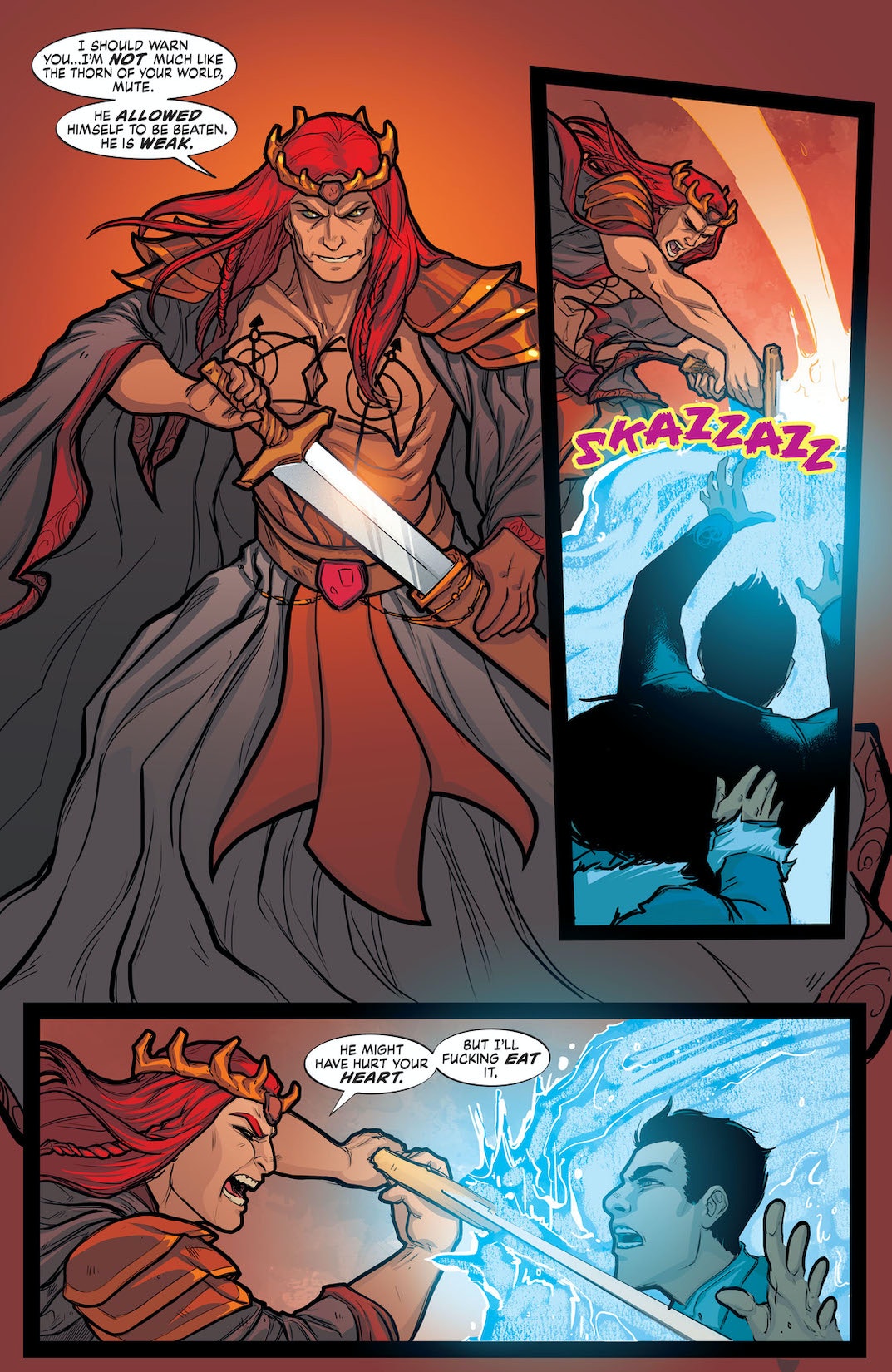 Thorn travels to the Otherworld and does not like what he finds there. Tarek takes on a villain, but not the one you’re expecting. Amaka tells us how she managed to survive a threat that would have killed anyone else on Earth...and Ness prepares to do something she’d sworn she never would. The twelfth chapter of Red Thorn answers almost all the questions you’ve been asking all year. Almost.