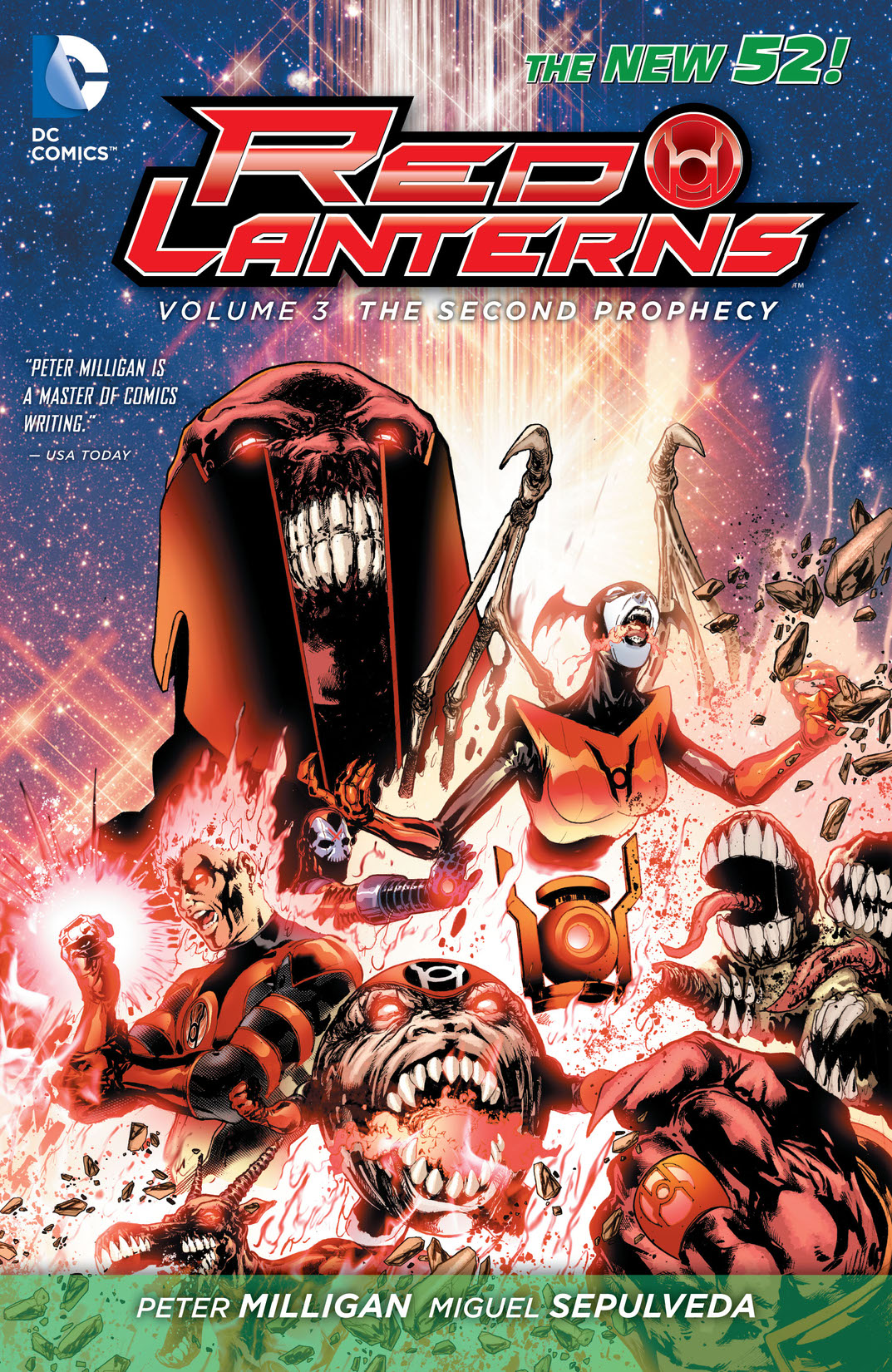 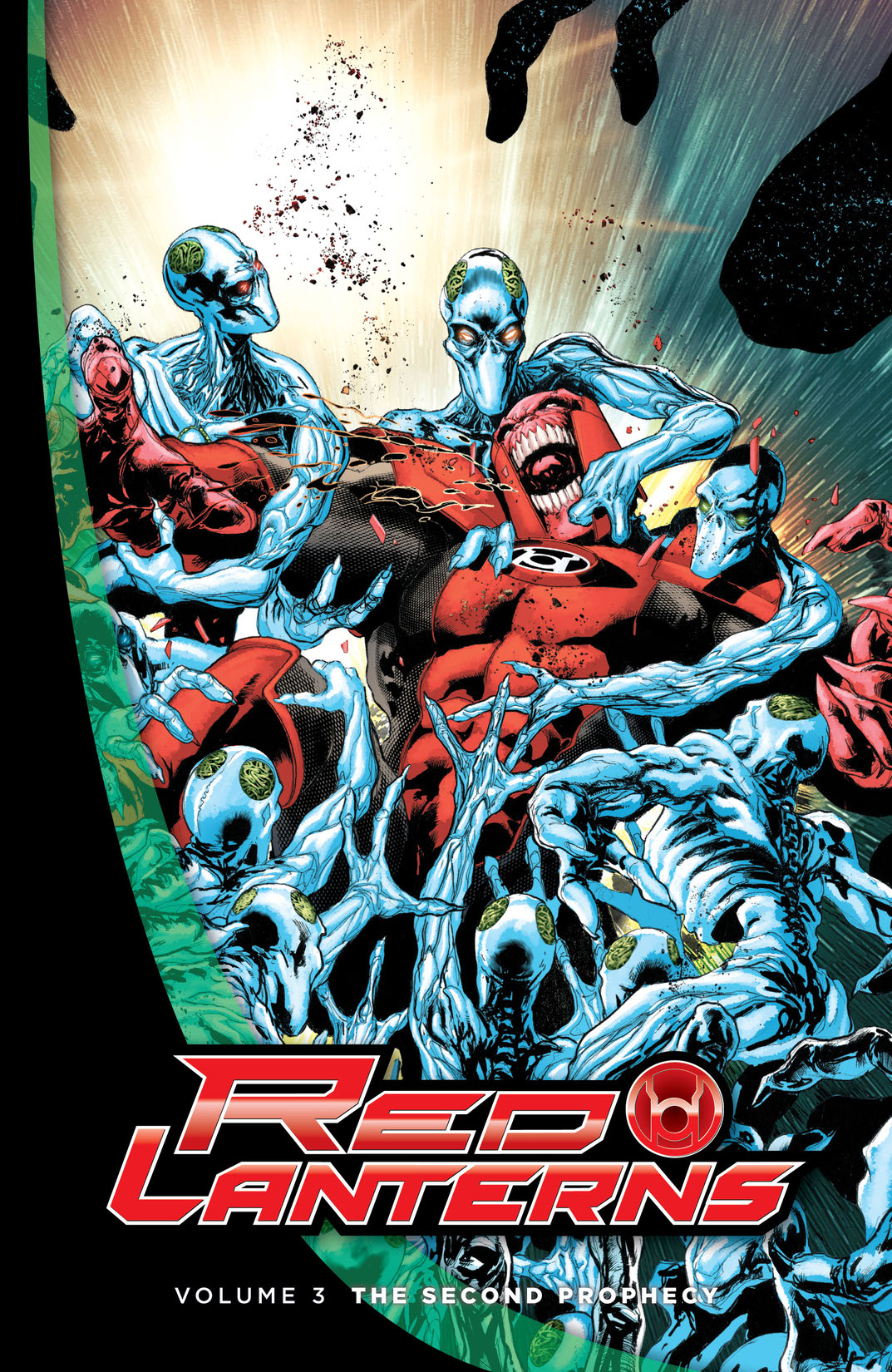 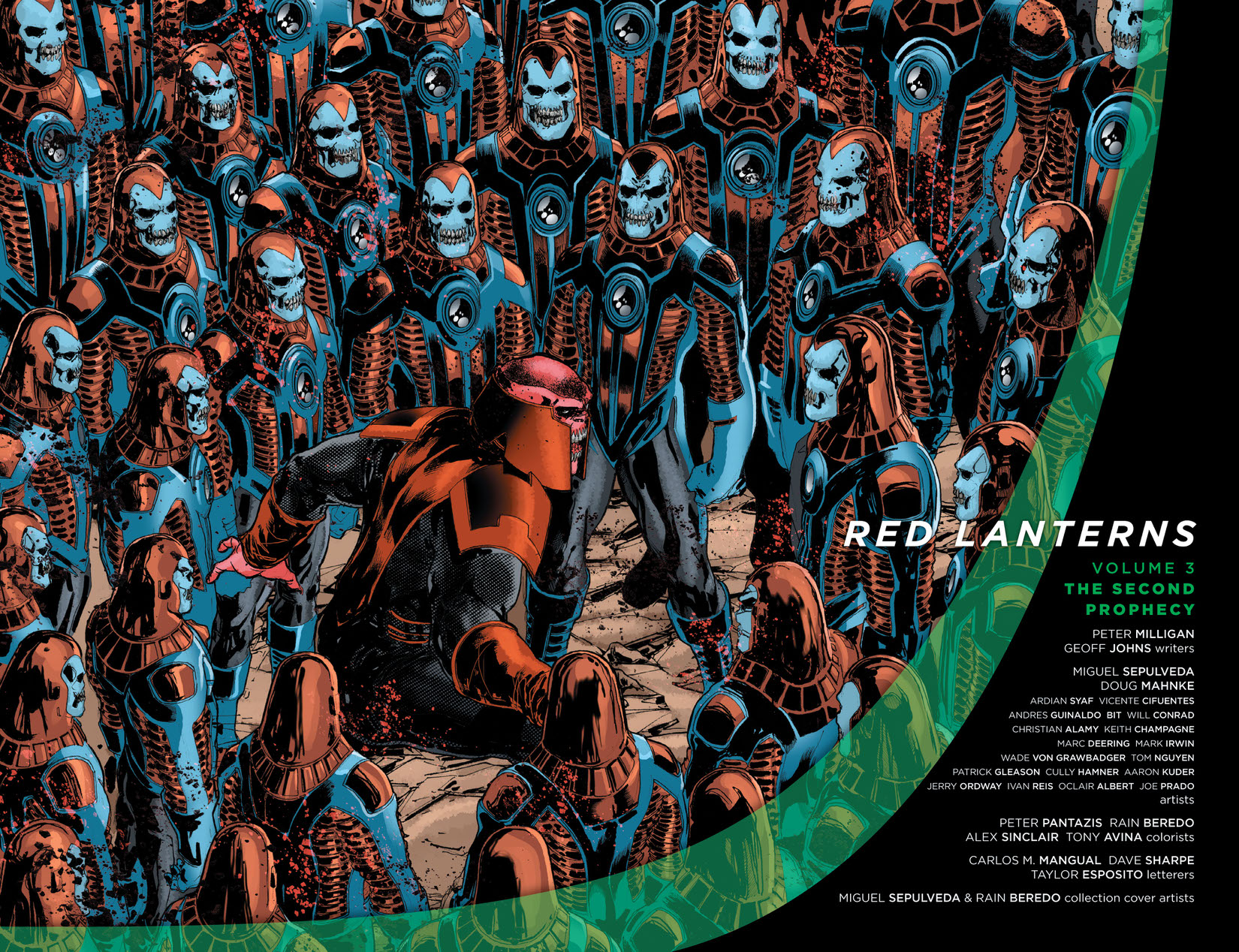 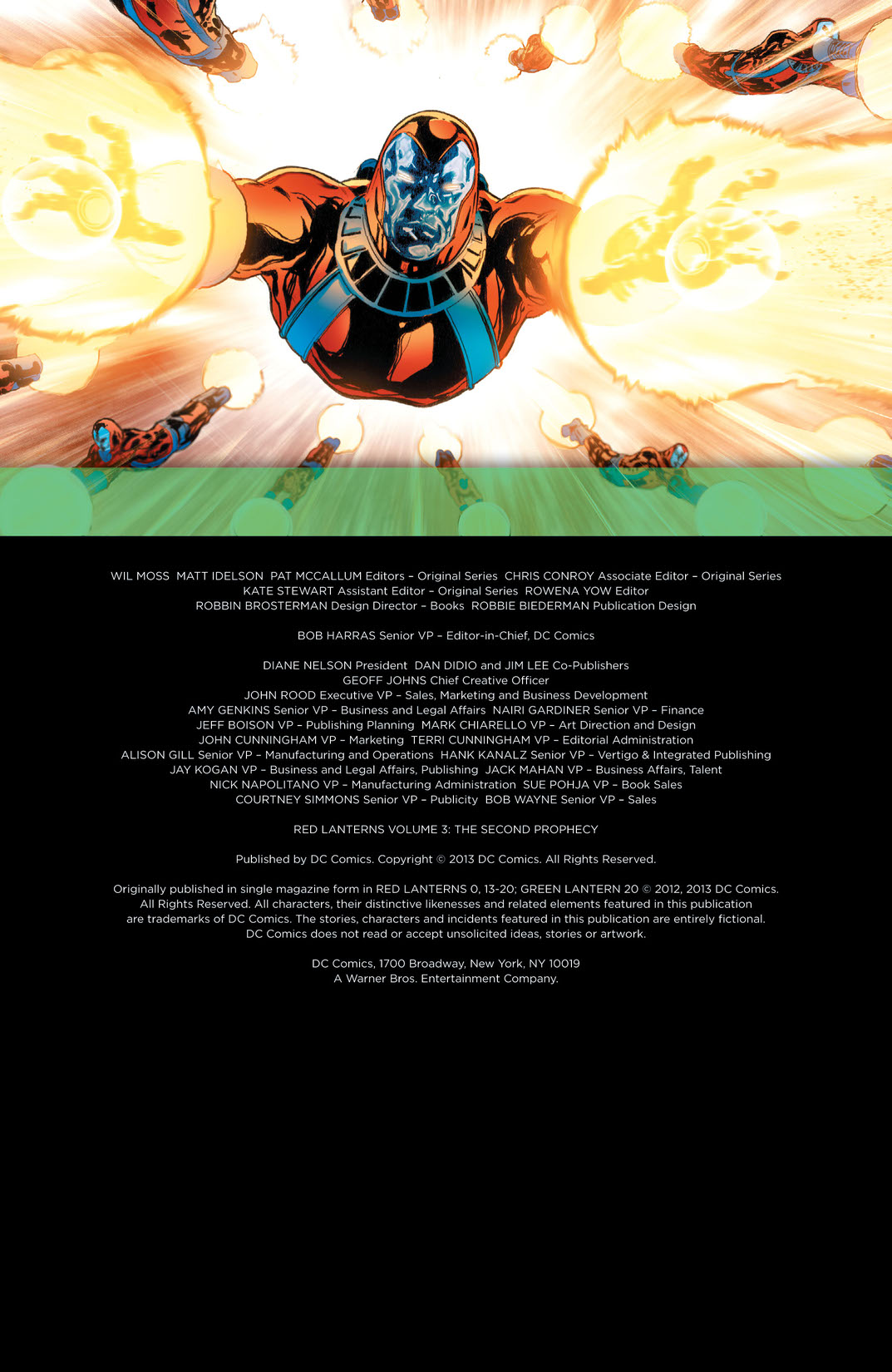 The Red Lanterns fought among themselves in a brutal civil war, but now they must band together against the universal threat of the Guardians of the Universe's latest weapon, The Third Army. As battle lines are drawn, Atrocitus and his Red Lanterns seek final vengeance against the Guardians of Oa—but things don't go as planned as The First Lantern turns his formidable gaze on Atrocitus and shows the high king of vengeance that everything he believed about himself, the universe and rage has been pitifully wrong. Collects issues #0, #13-20.