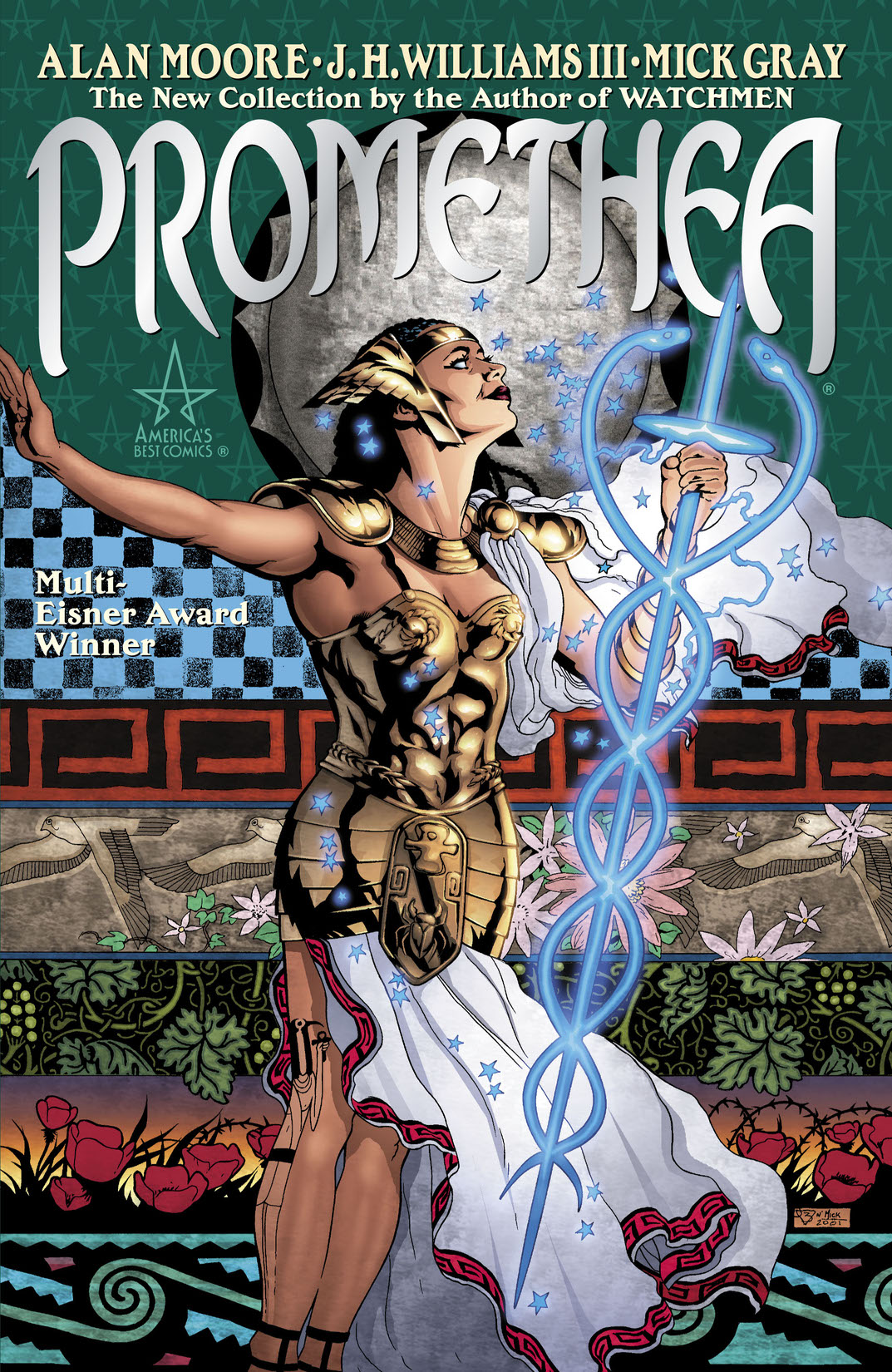 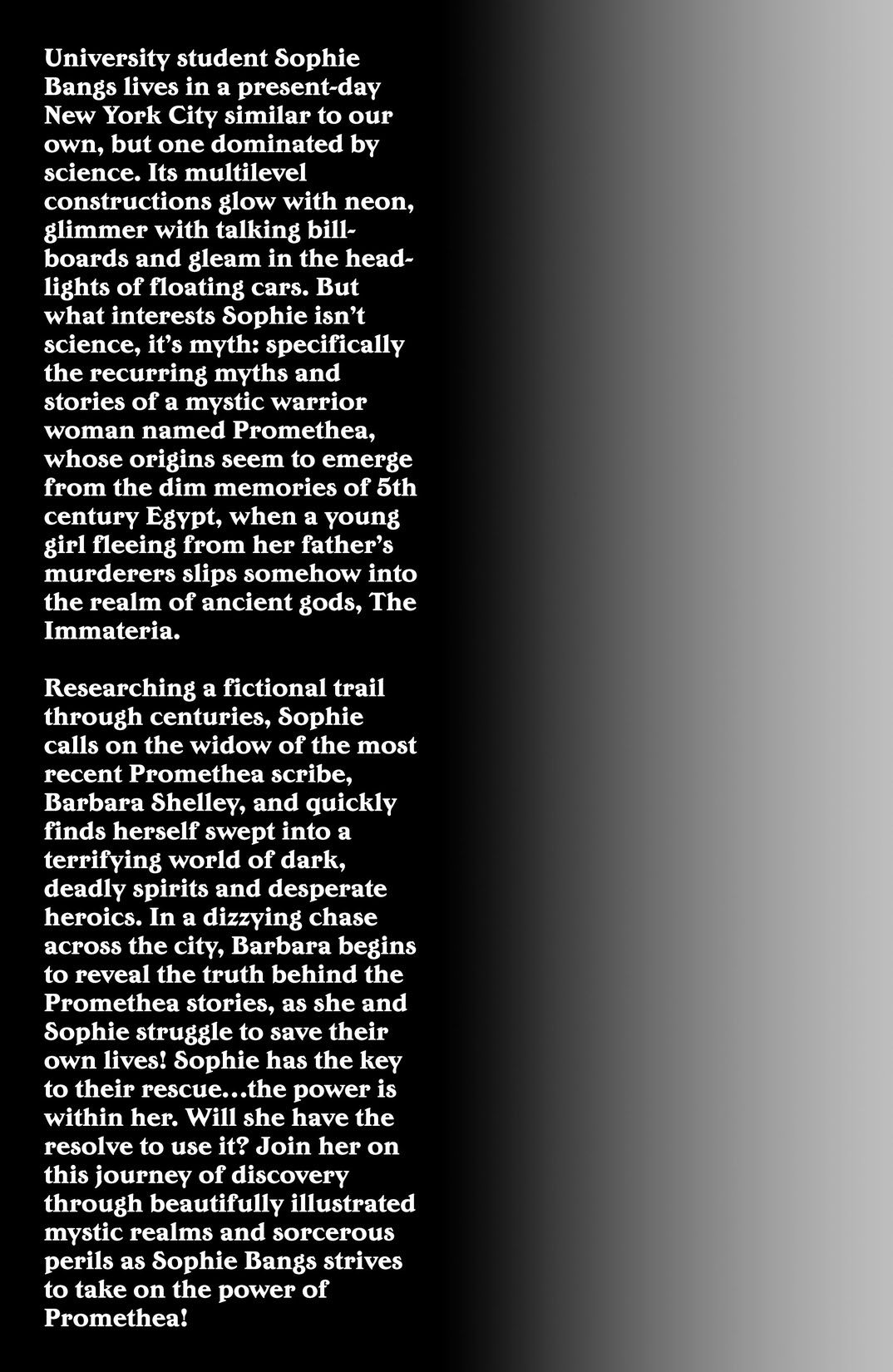 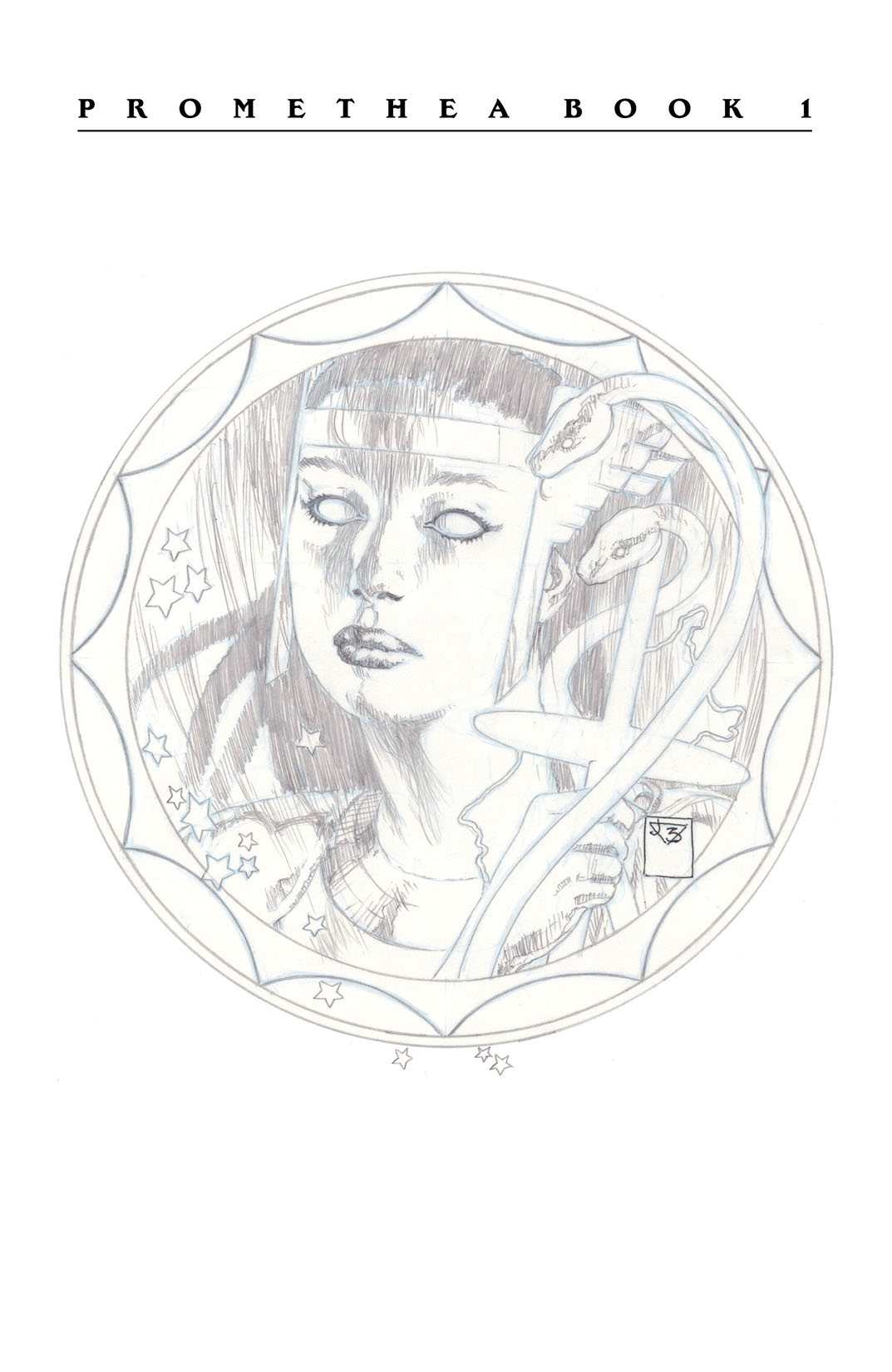 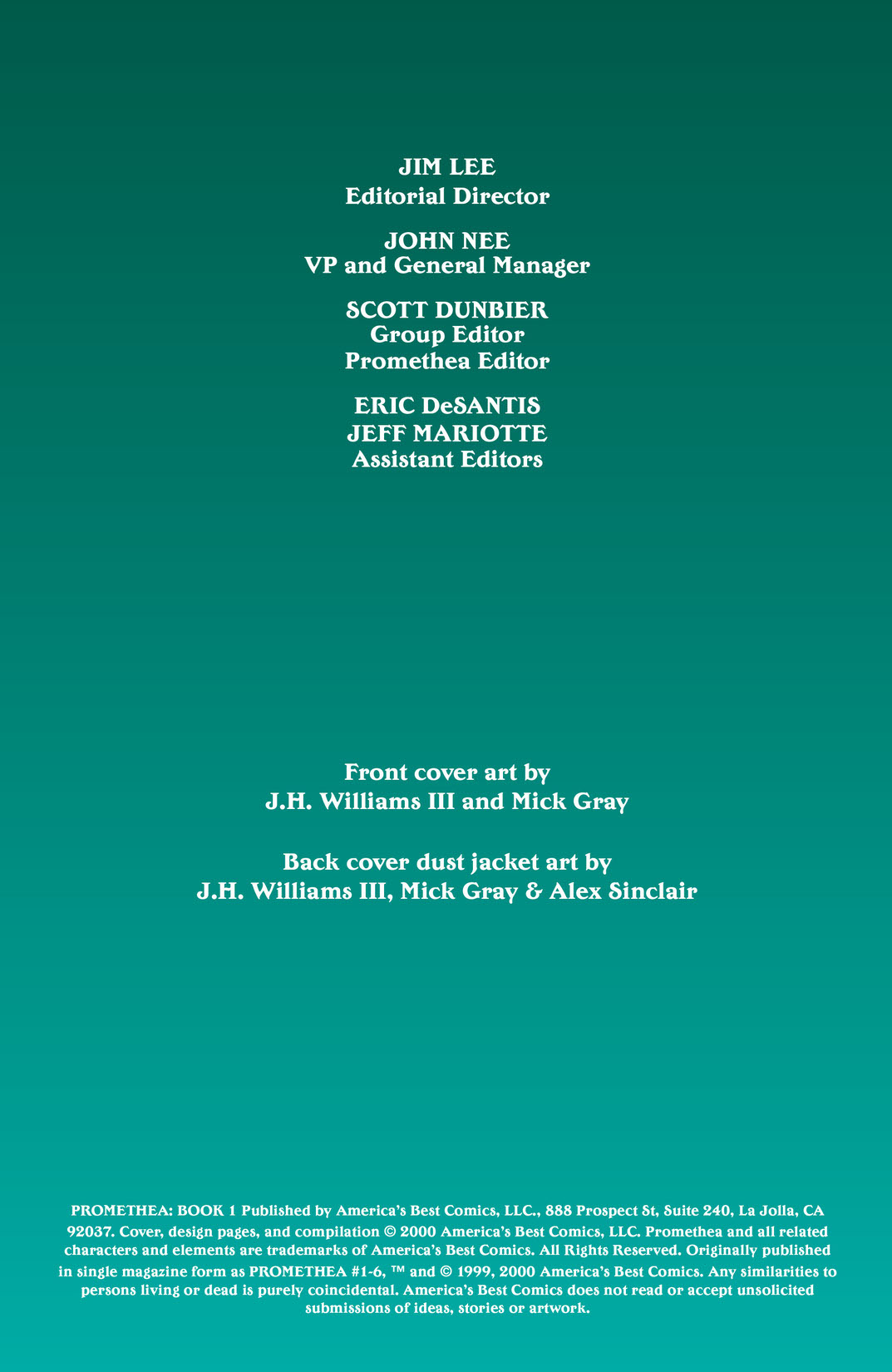 Sophie Bangs was a just an ordinary college student in a weirdly futuristic New York when a simple assignment changed her life forever. While researching Promethea, a mythical warrior woman, Sophie receives a cryptic warning to cease herinvestigations. Ignoring the cautionary notice, she continues her studies and is almost killed by a shadowy creature when she learns the secret of Promethea. Surviving the encounter, Sophie soon finds herself transformed into Promethea, the livingembodiment of the imagination. Her trials have only begun as she must master the secrets of her predecessors before she is destroyed by Promethea's ancient enemy. Collects issues #1-6.