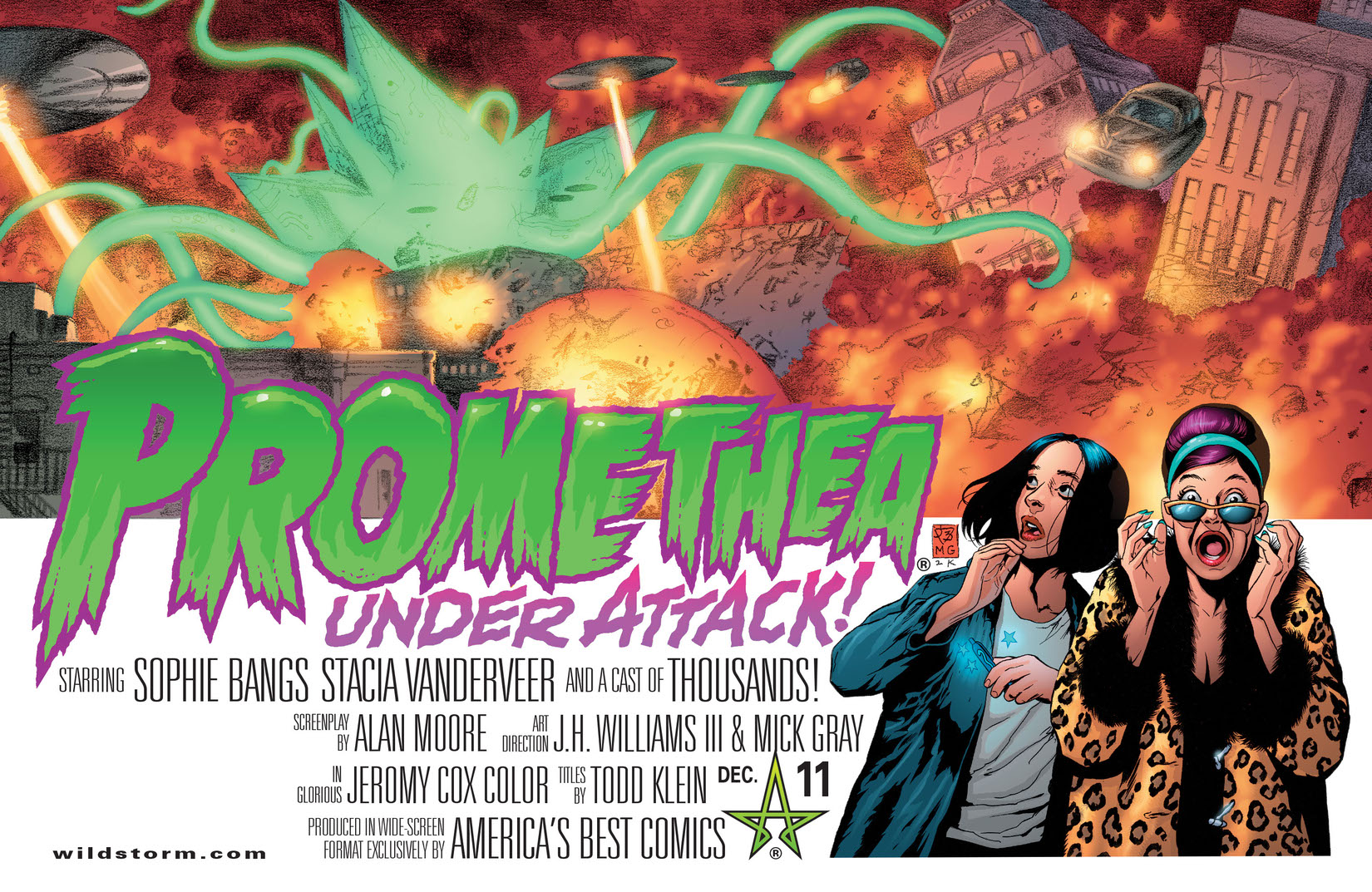 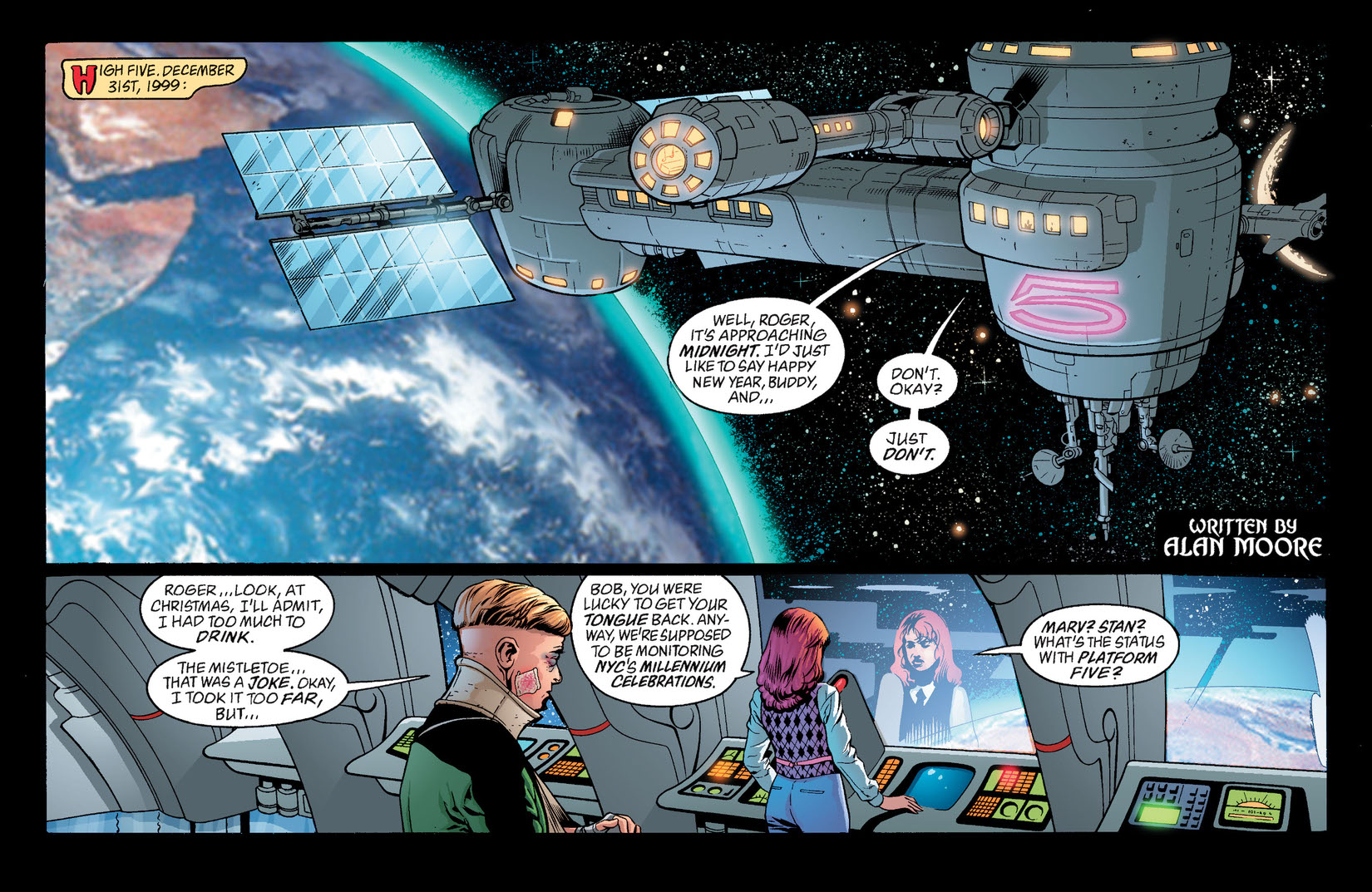 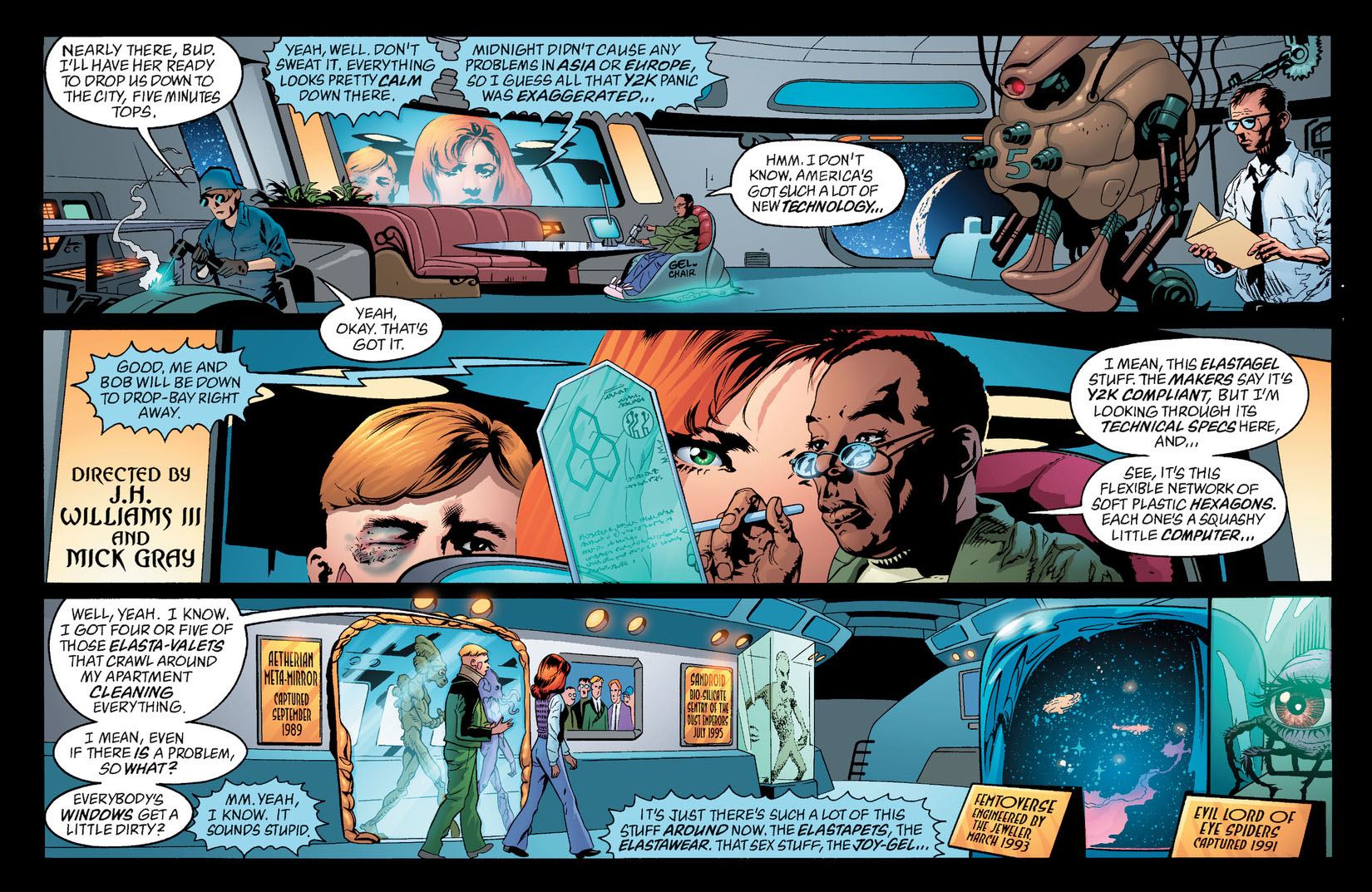 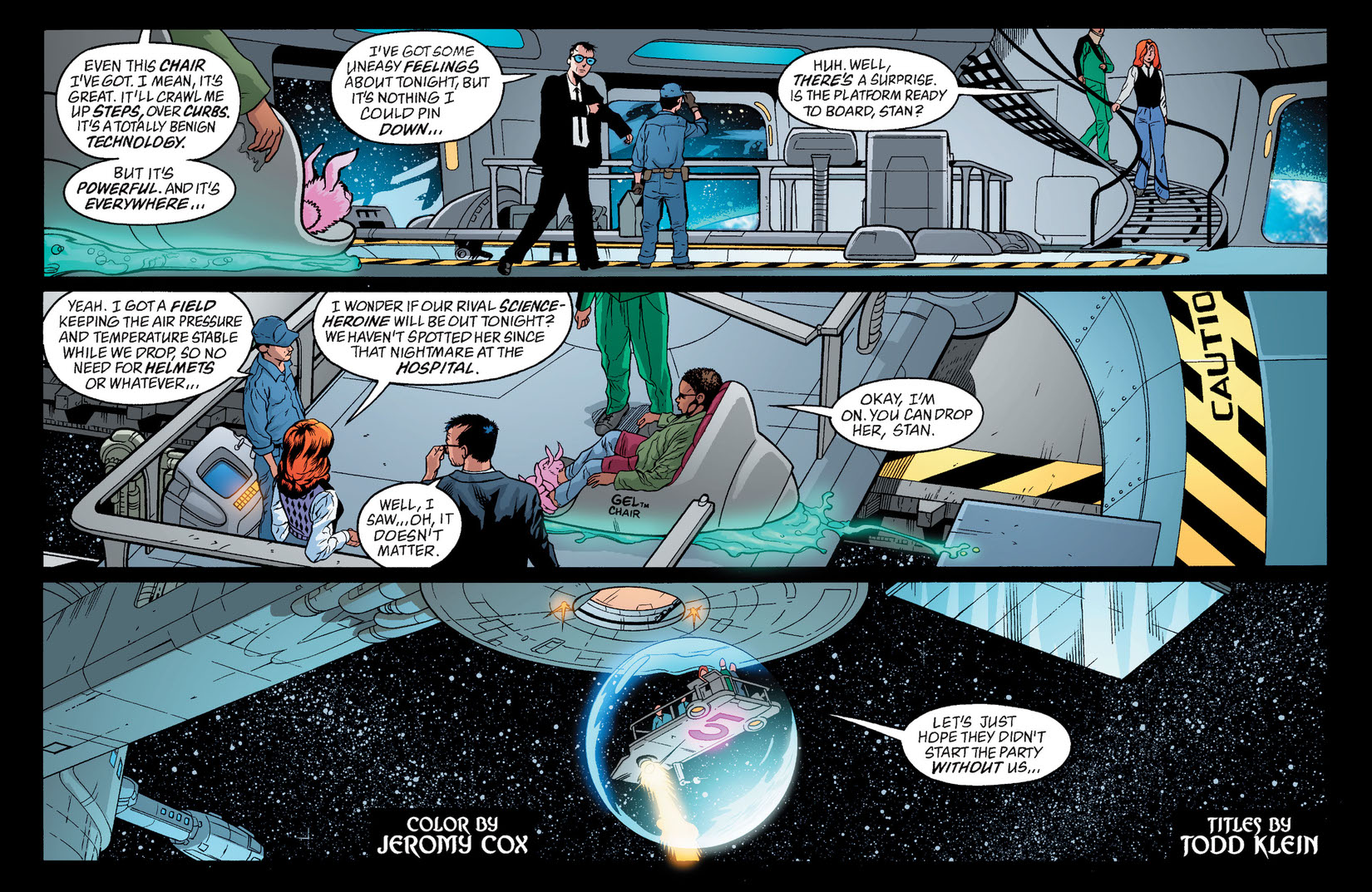 It's a new millennium in New York, and there's an old-fashioned giant monster wreaking havoc on the streets of the Big Apple. Promethea engages in all-out superheroine-heroics as she battles a decidedly non-Y2K compliant Elasti-Gel—which ultimately turns into a giant millennium cyber-slug!