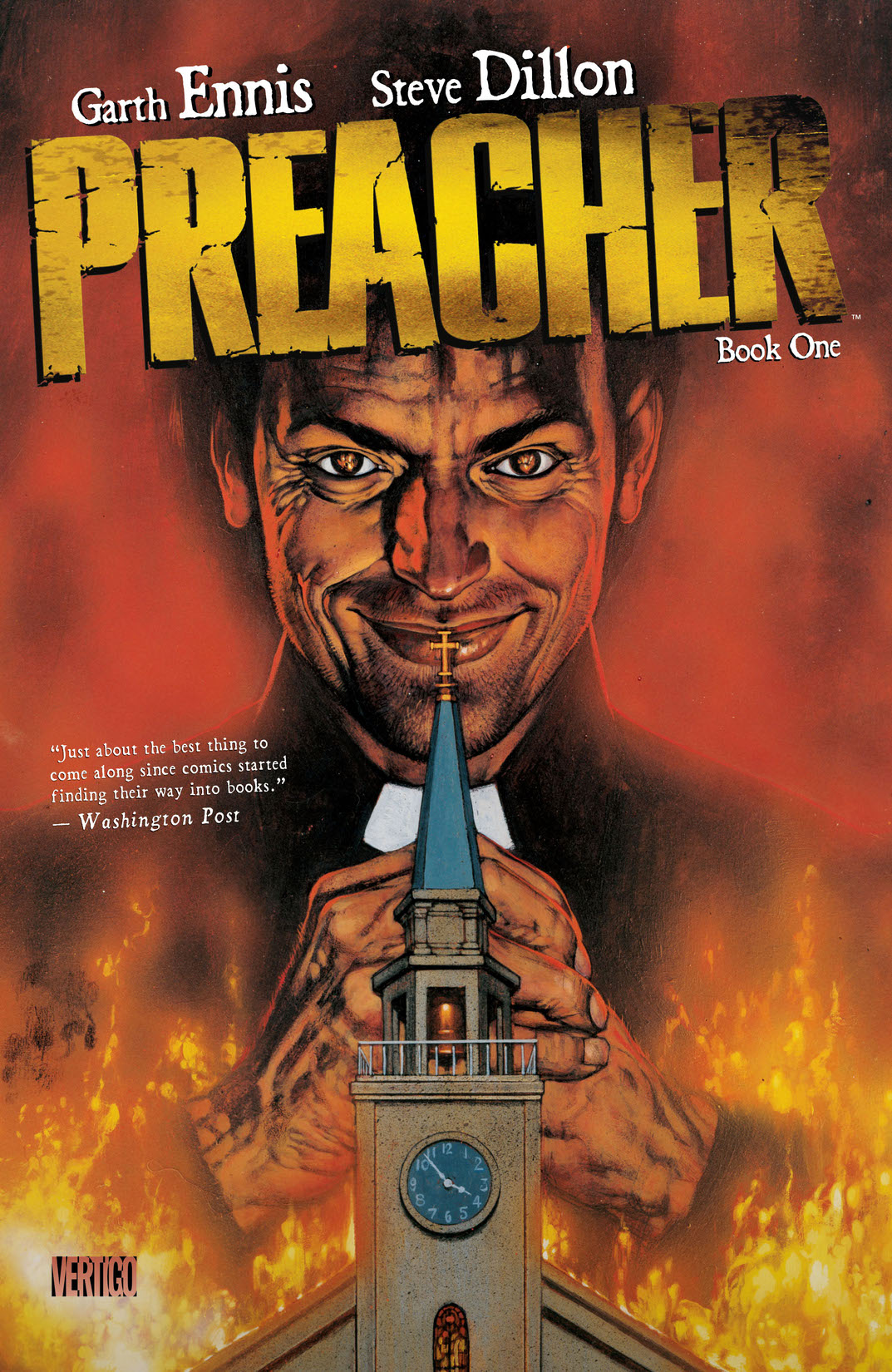 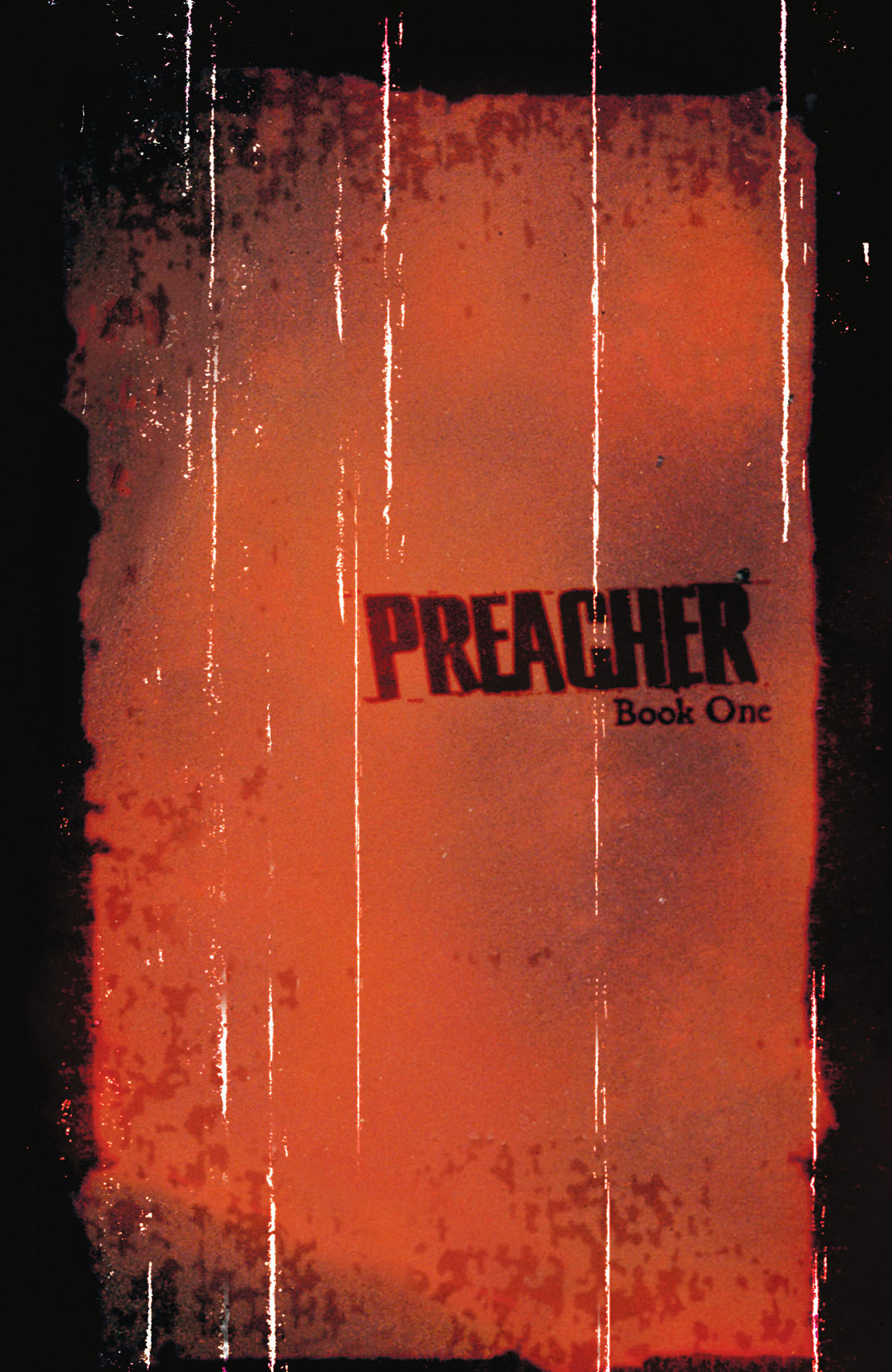 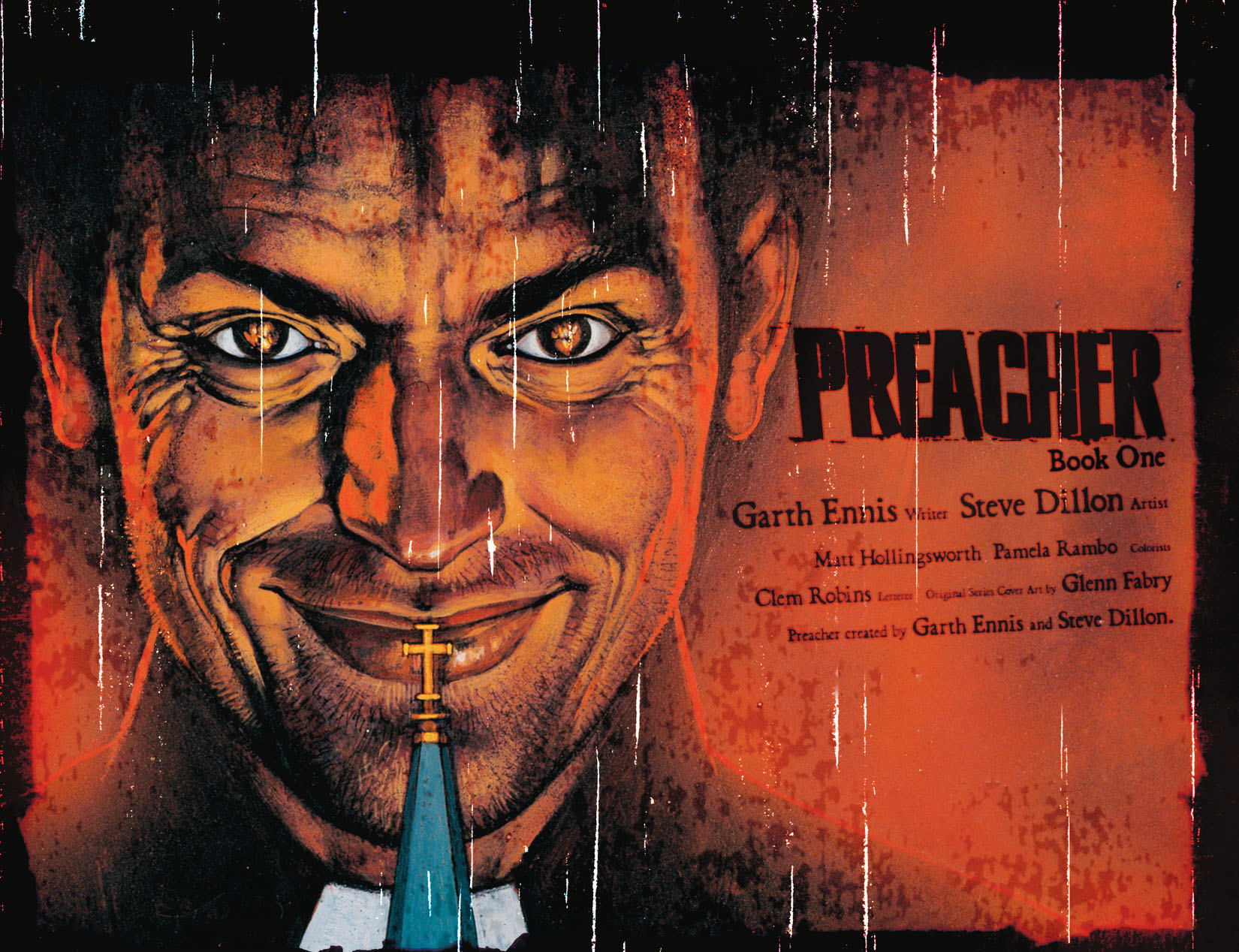 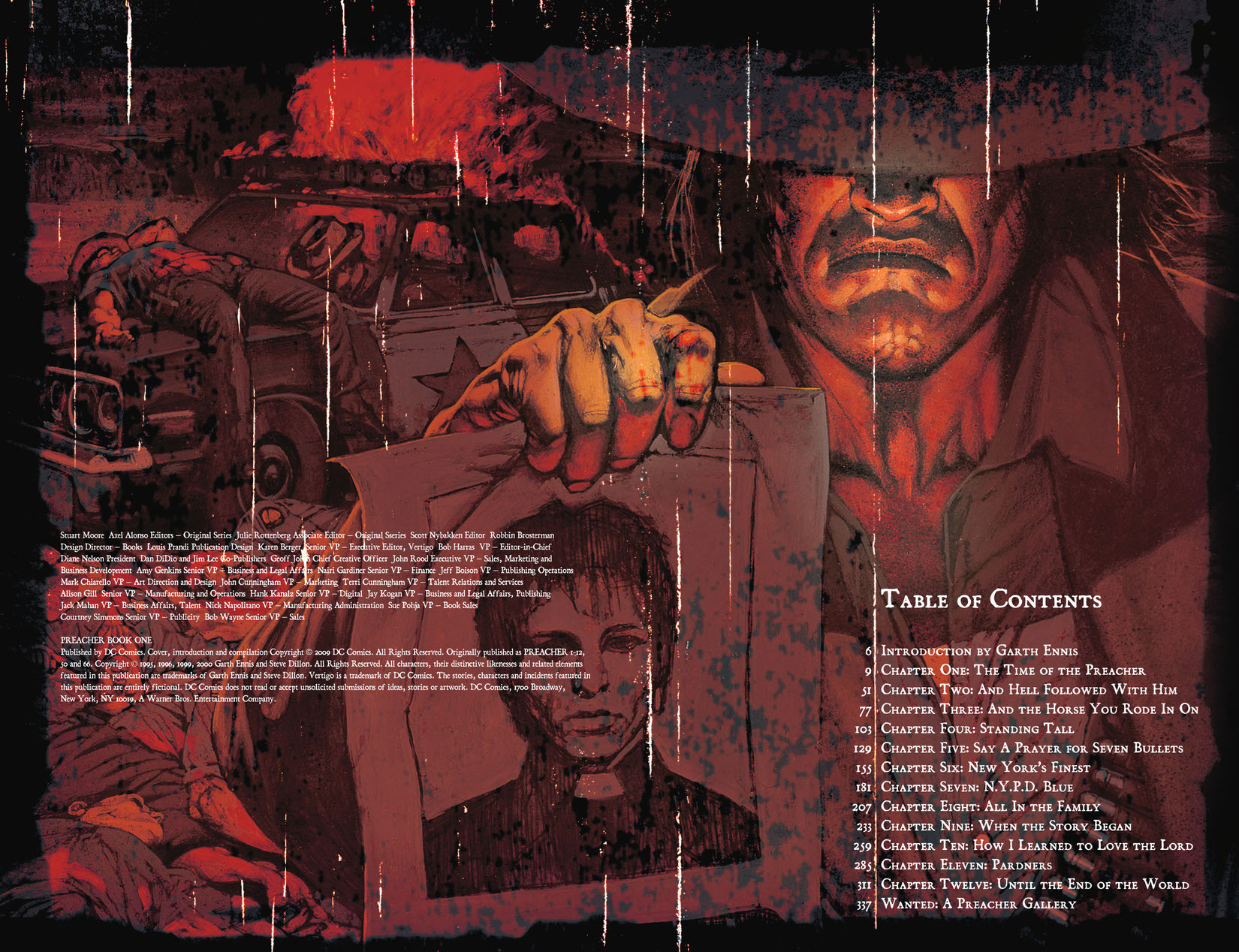 Merging with a bizarre spiritual force called Genesis, Texan preacher Jesse Custer becomes completely disillusioned with the beliefs that he had dedicated his entire life to. Now possessing the power of "The Word," an ability to make people do whatever he says, Custer begins a violent and riotous journey across the country. Joined by his gun-toting girlfriend Tulip and the hard drinking Irish vampire Cassidy, the Preacher loses faith in both man and God as he witnesses dark atrocities and improbable calamities during his exploration of America.