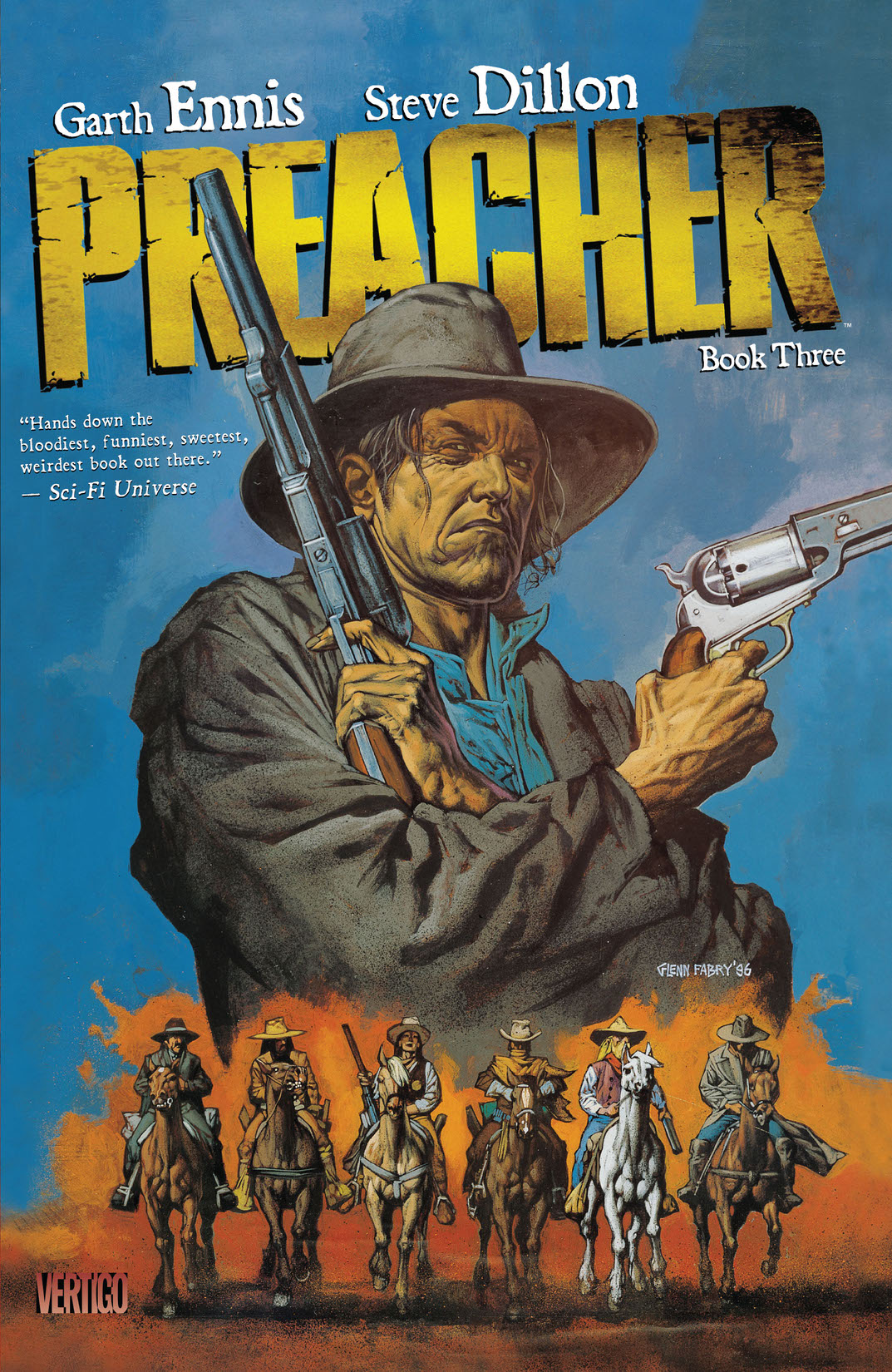 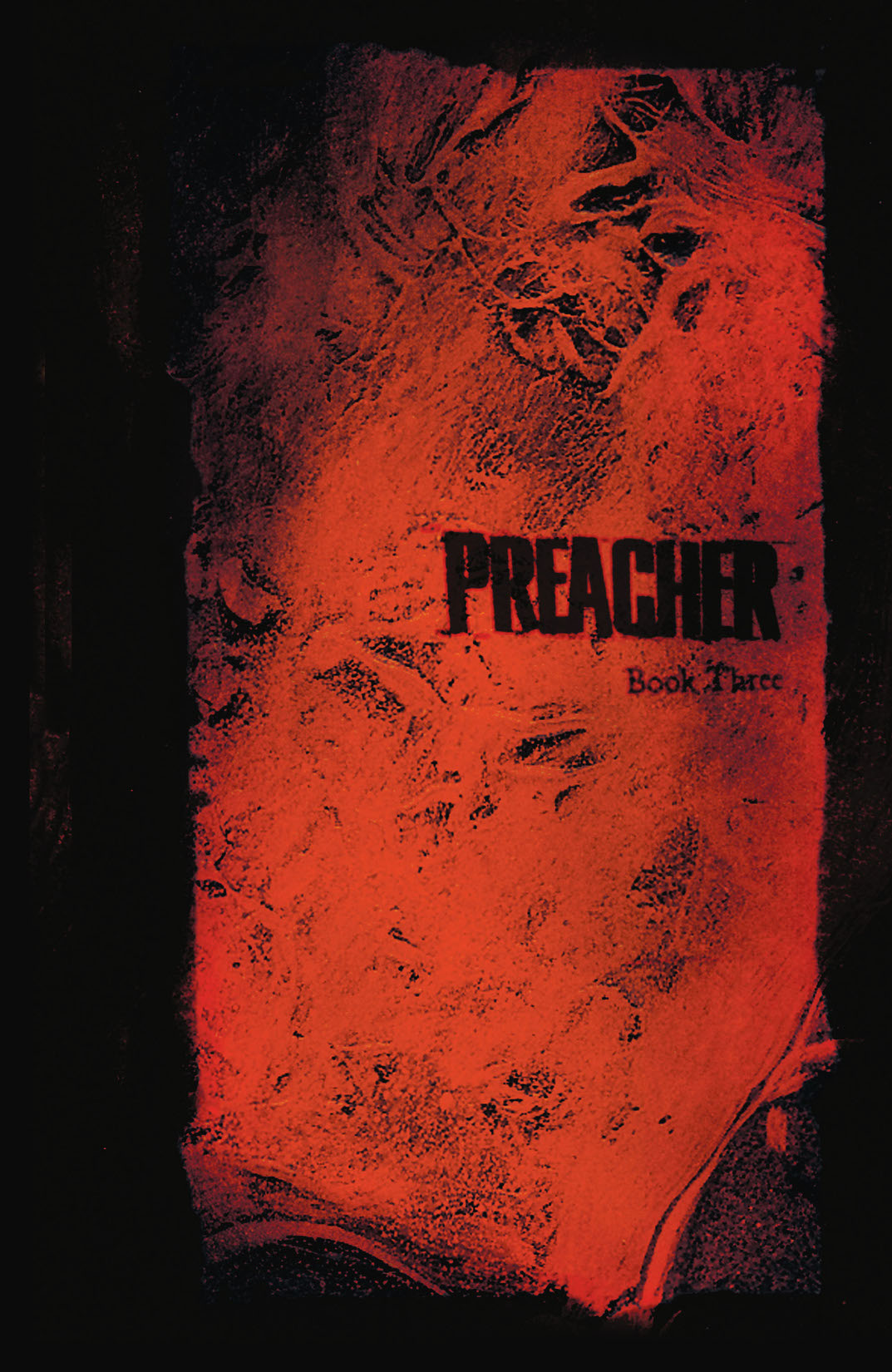 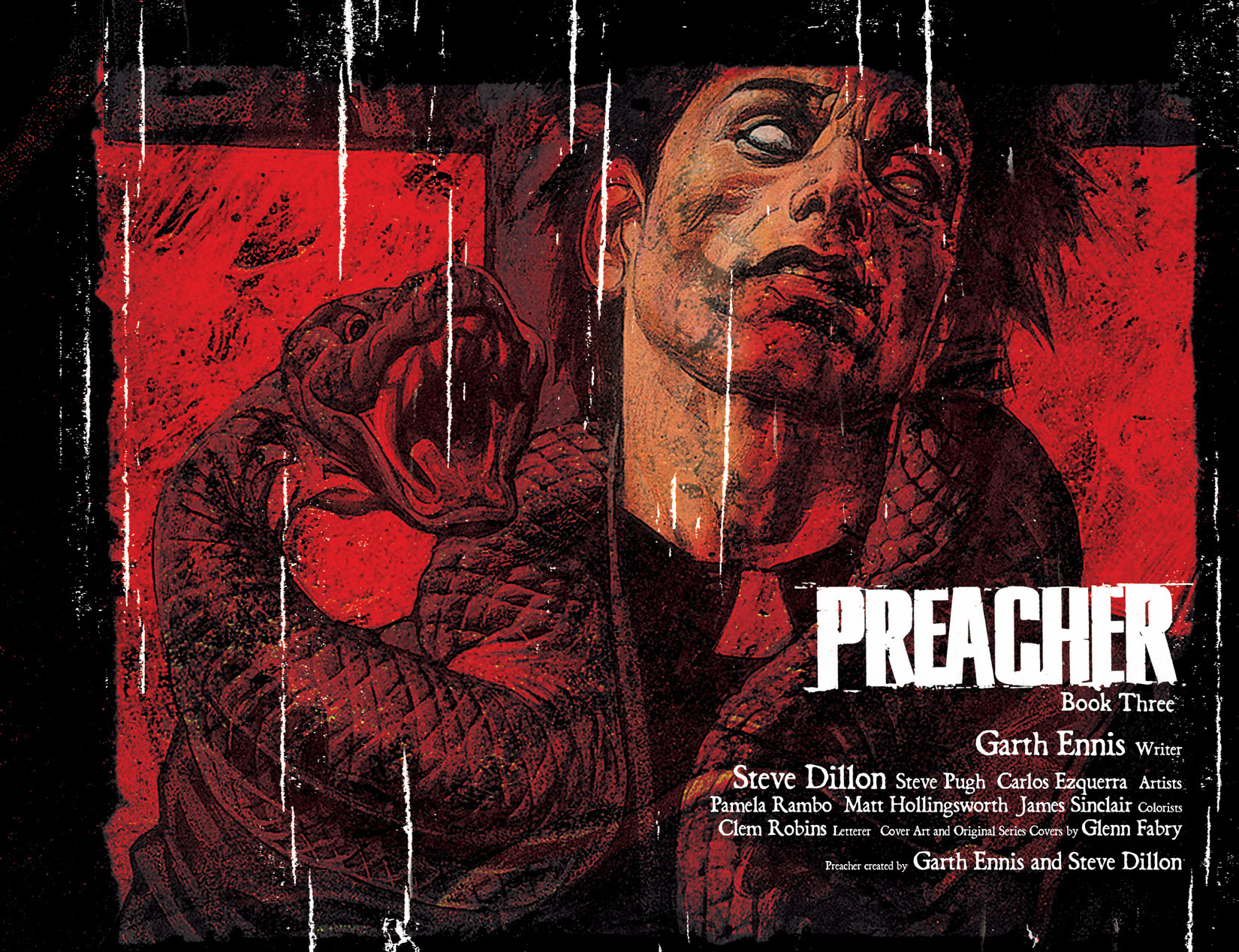 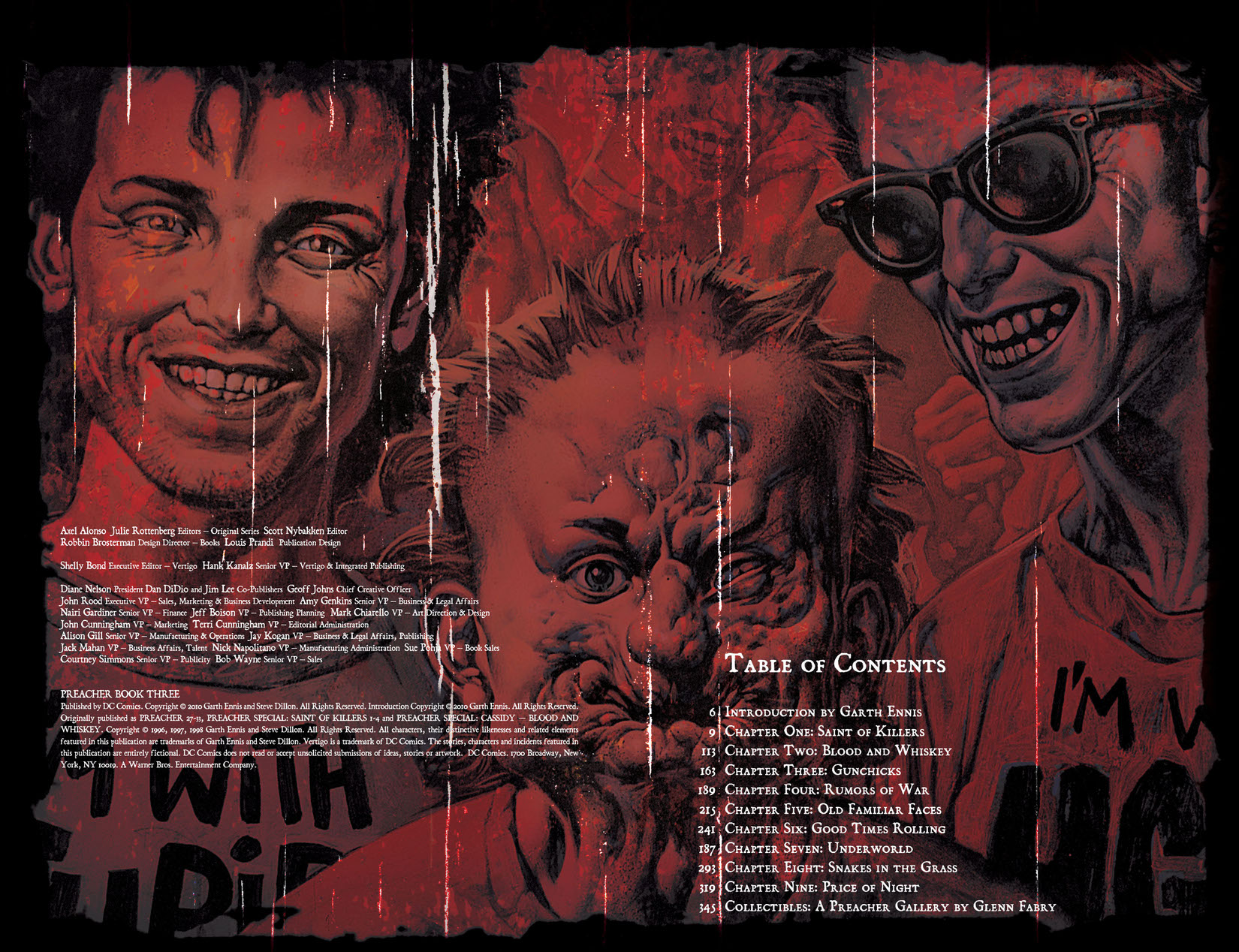 Preacher Jesse Custer continues his dark journey to find God, accompanied by his gun-toting girlfriend and Irish vampire buddy. In the continuing saga of the bizarre adventures of faithless Texas preacher Jesse Custer, Jesse, along with his girlfriend Tulip and their friend Cassidy, the Irish vampire, head down South in hopes of recovering from their encounter with the forces of the Grail. But during their planned downtime Jesse must face off against an enraged Arseface, who seeks toavenge his father’s death, while Tulip deals with Cassidy’s startling declaration of love for her. Also includes a special story spotlighting the Saint of Killers and the story of Cassidy’s first and only encounter with his fellow vampires.