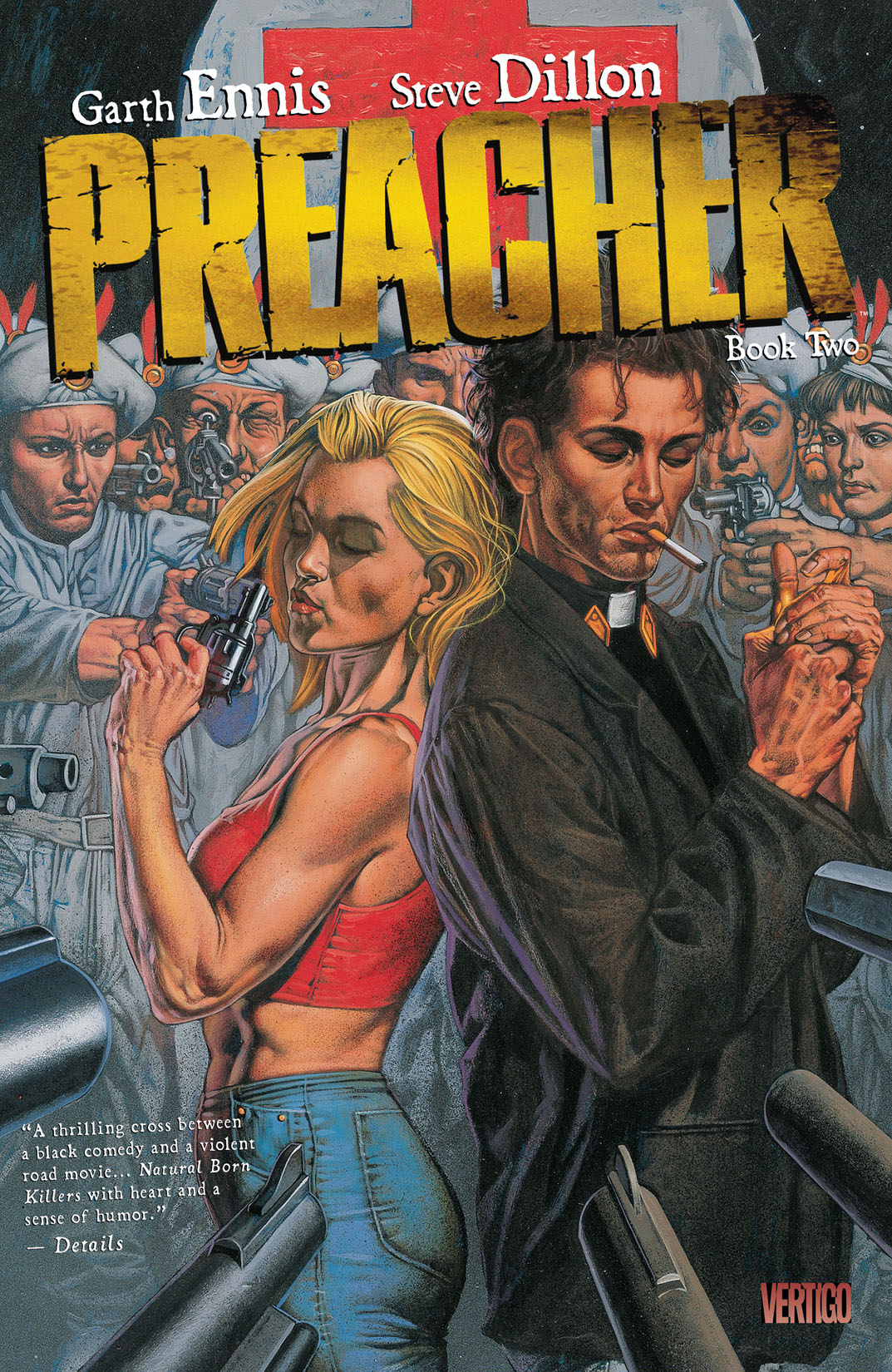 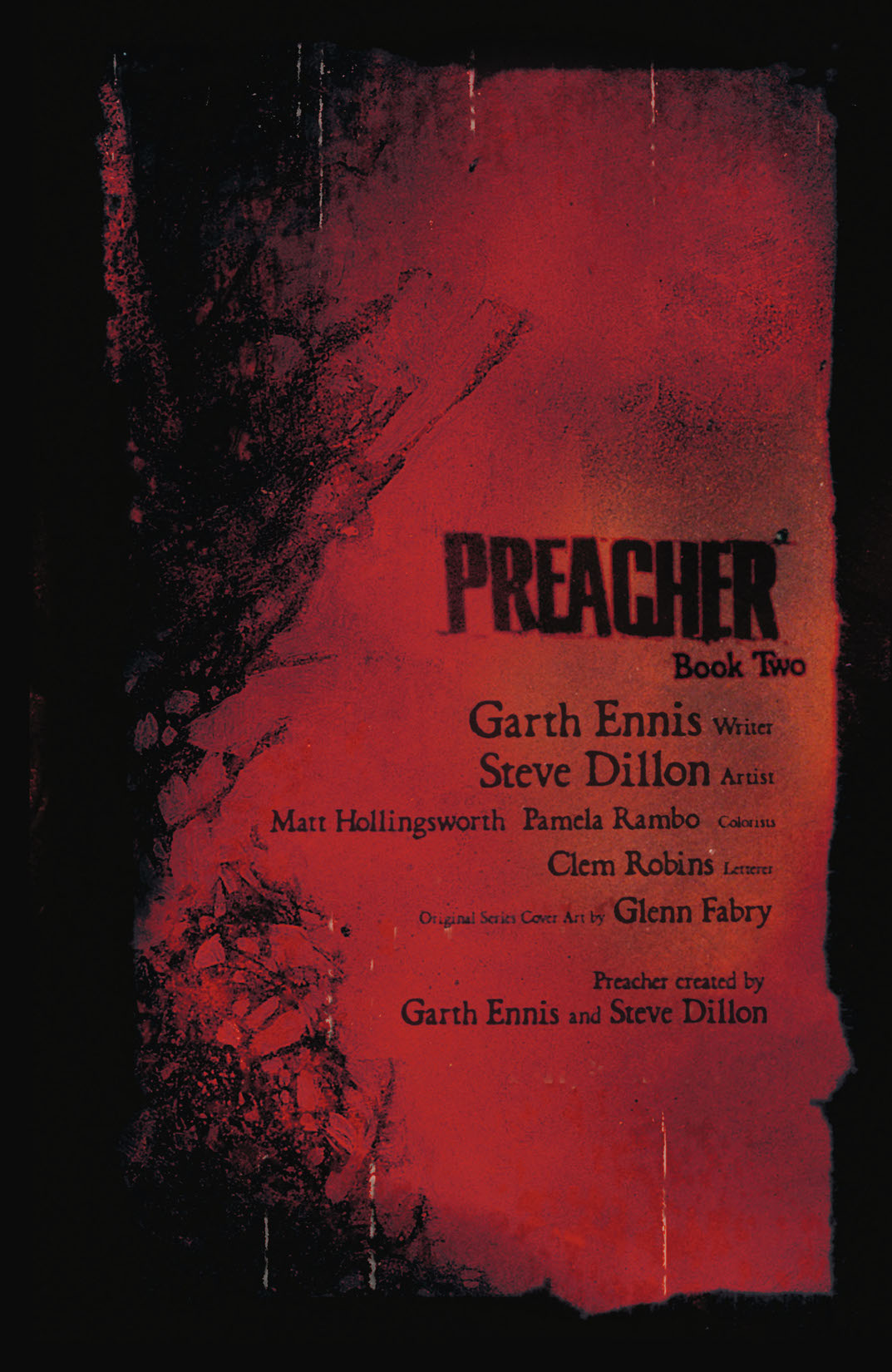 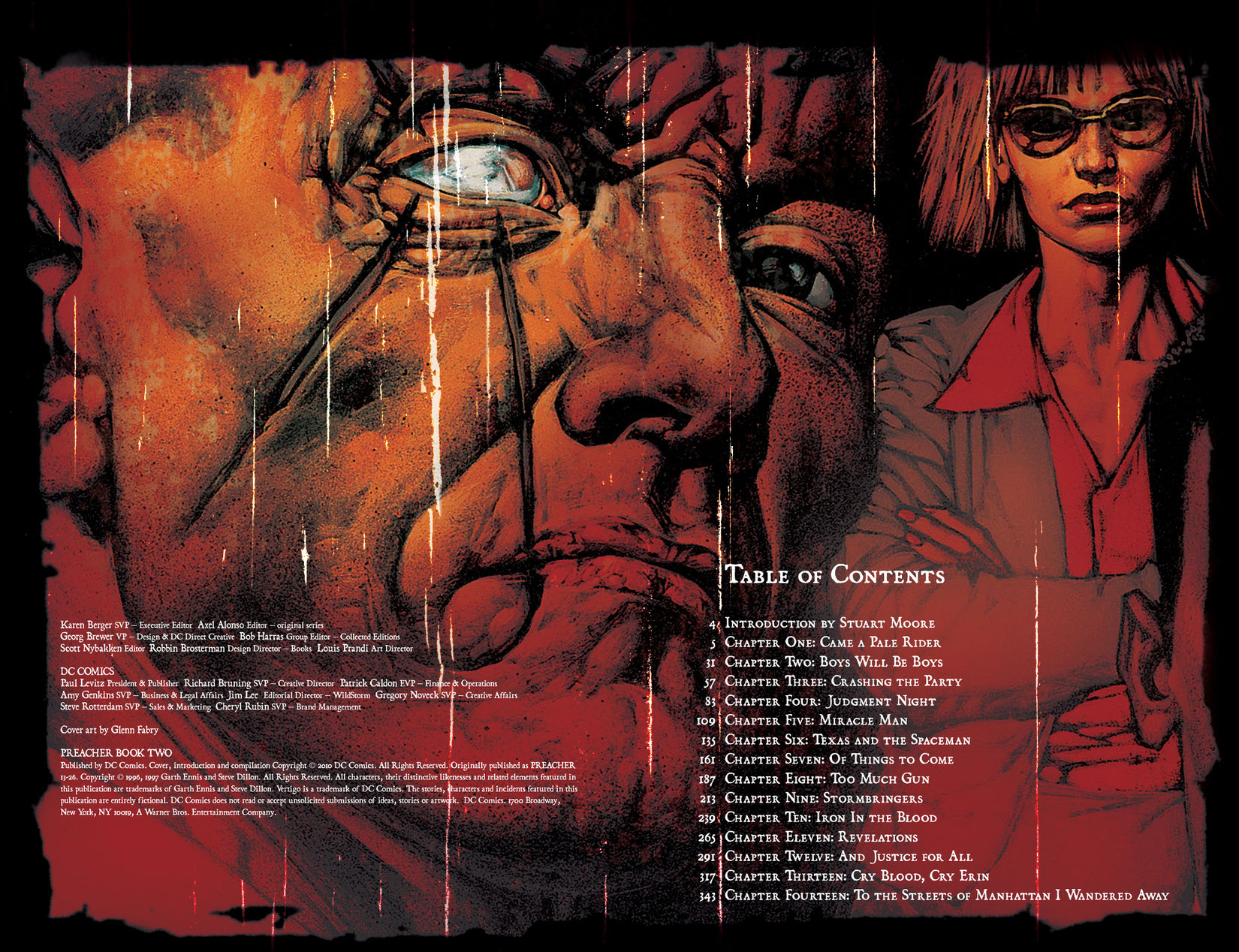 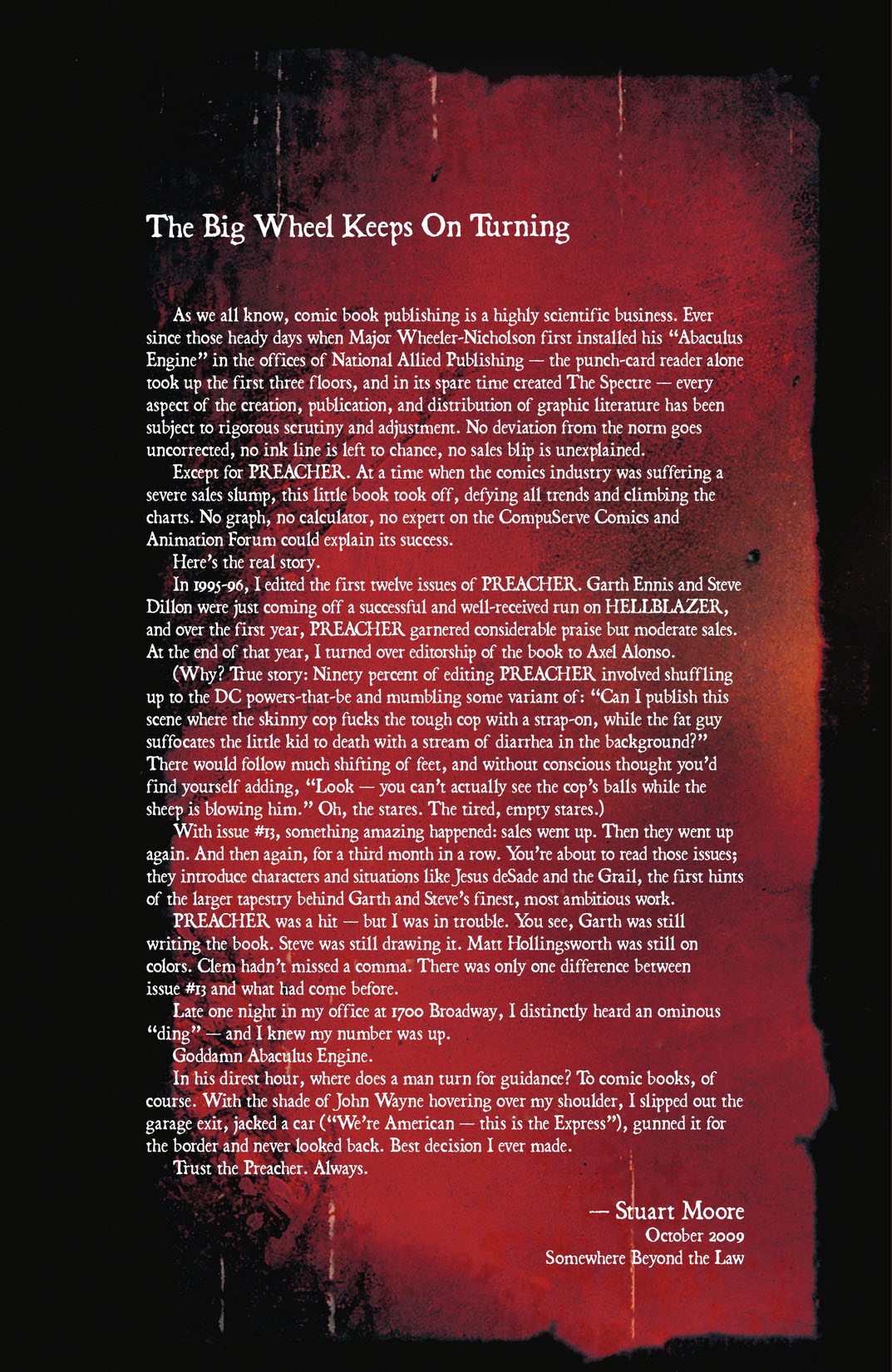 In the continuing saga of the bizarre adventures of faithless Texas preacher Jesse Custer, Jesse, along with his girlfriend Tulip, and their friend Cassidy, the Irish vampire, head west to a party of Babylonian proportions. Then, Jesse heads for France to rescue Cassidy from the clutches of religious fanatics. His search leads him into a no-holds-barred battle against the forces of the mysterious organization known as The Grail. Also told here is the story of how Cassidy became a vampire in the first place.