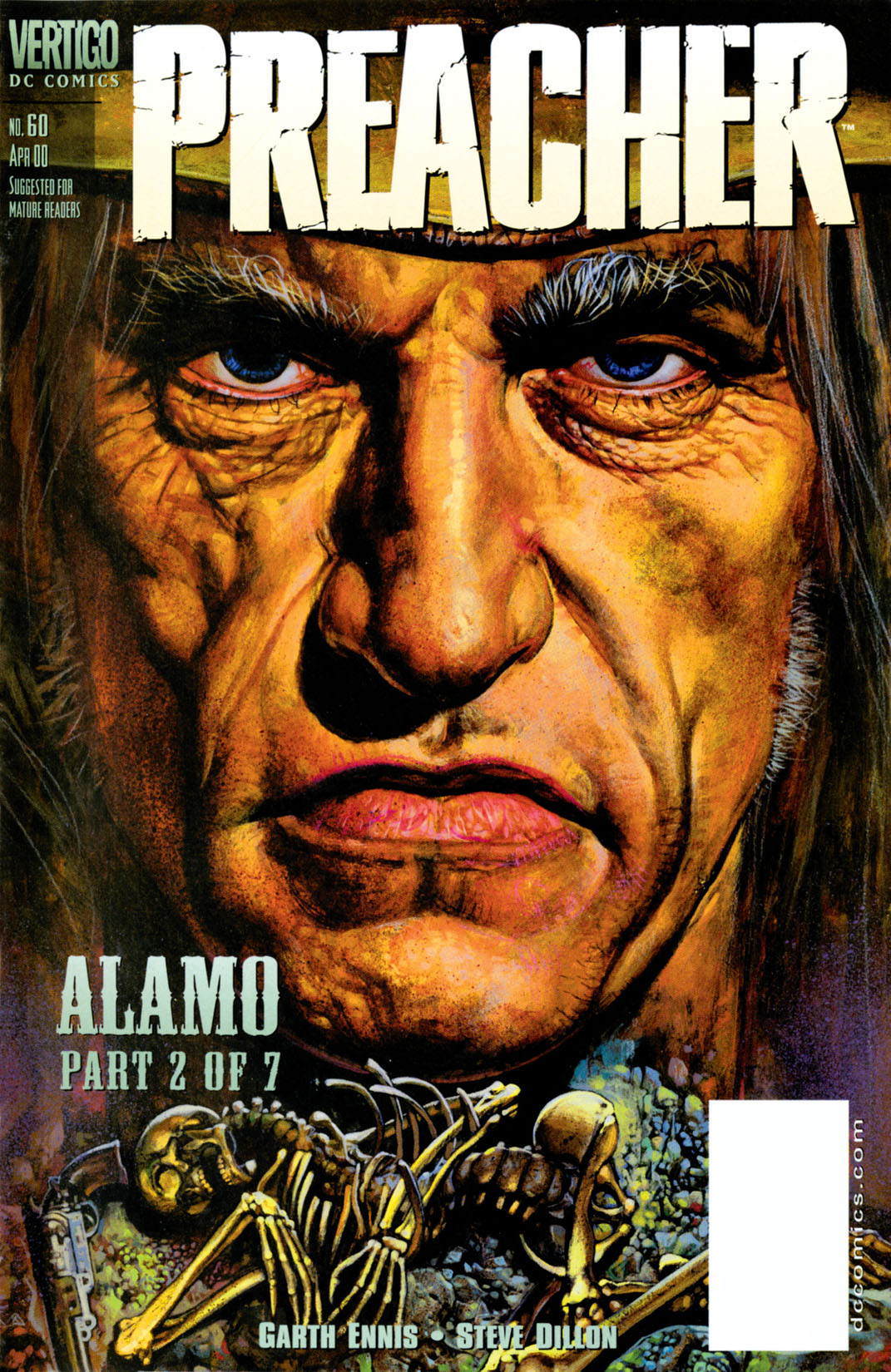 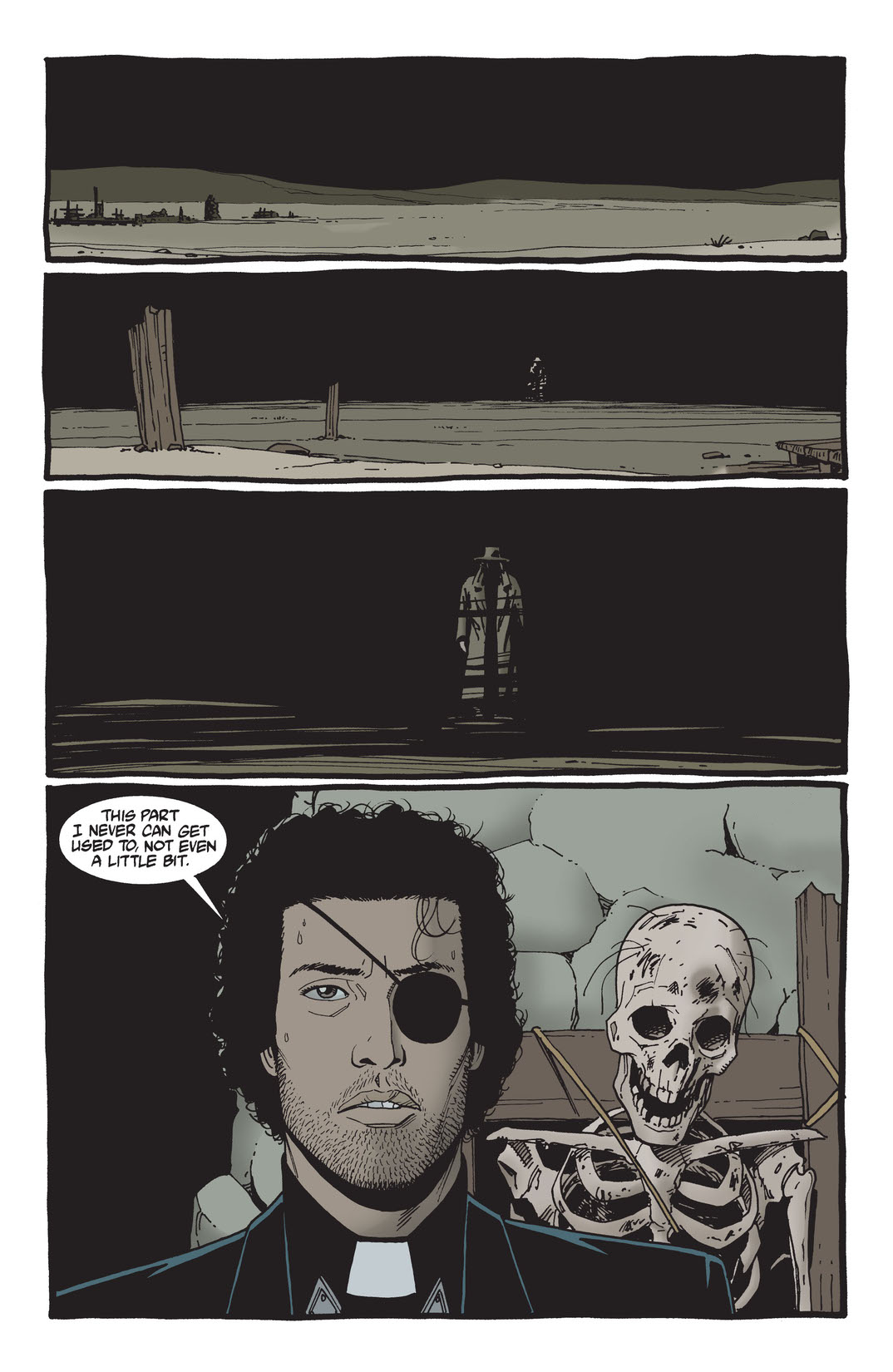 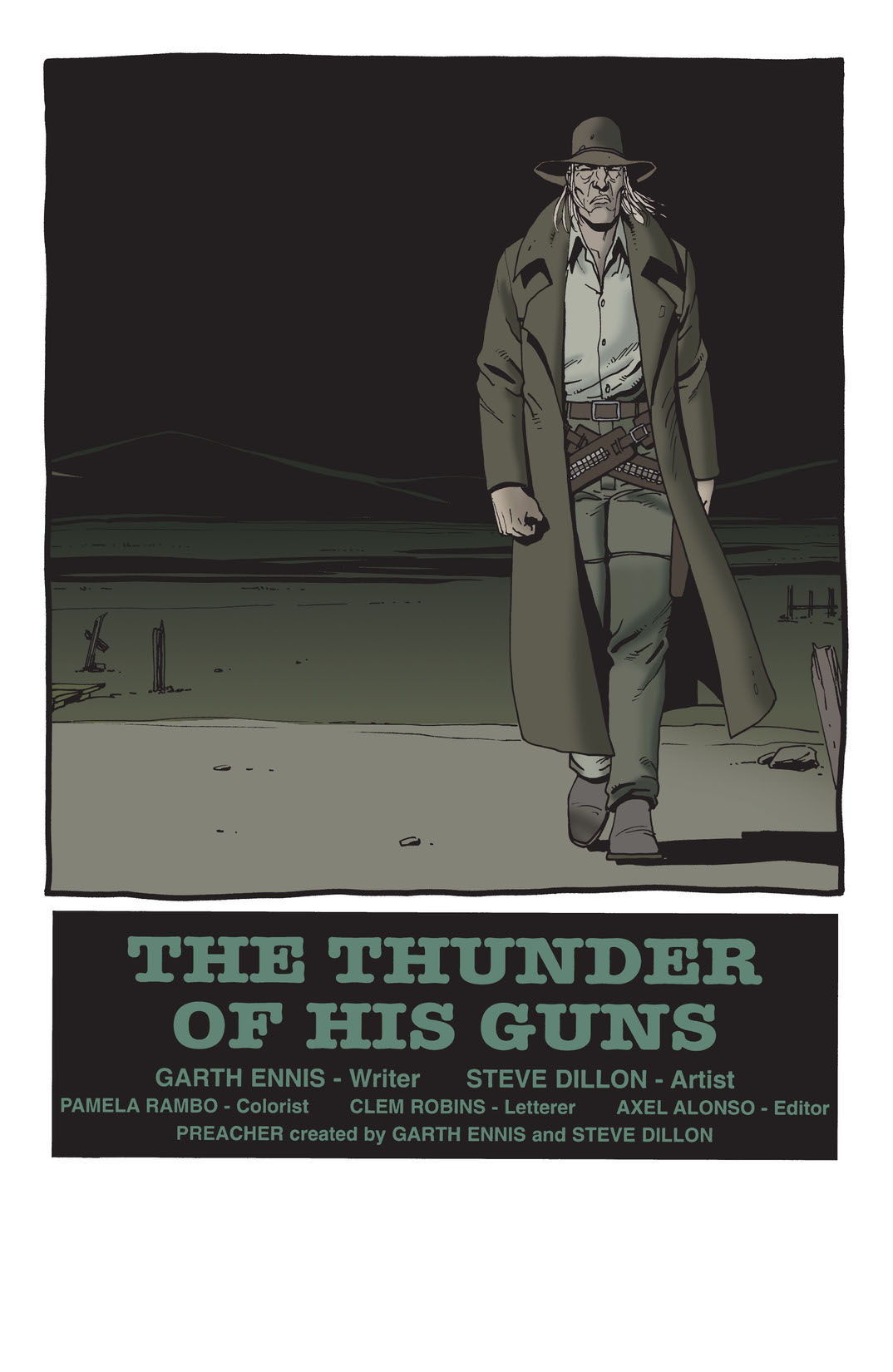 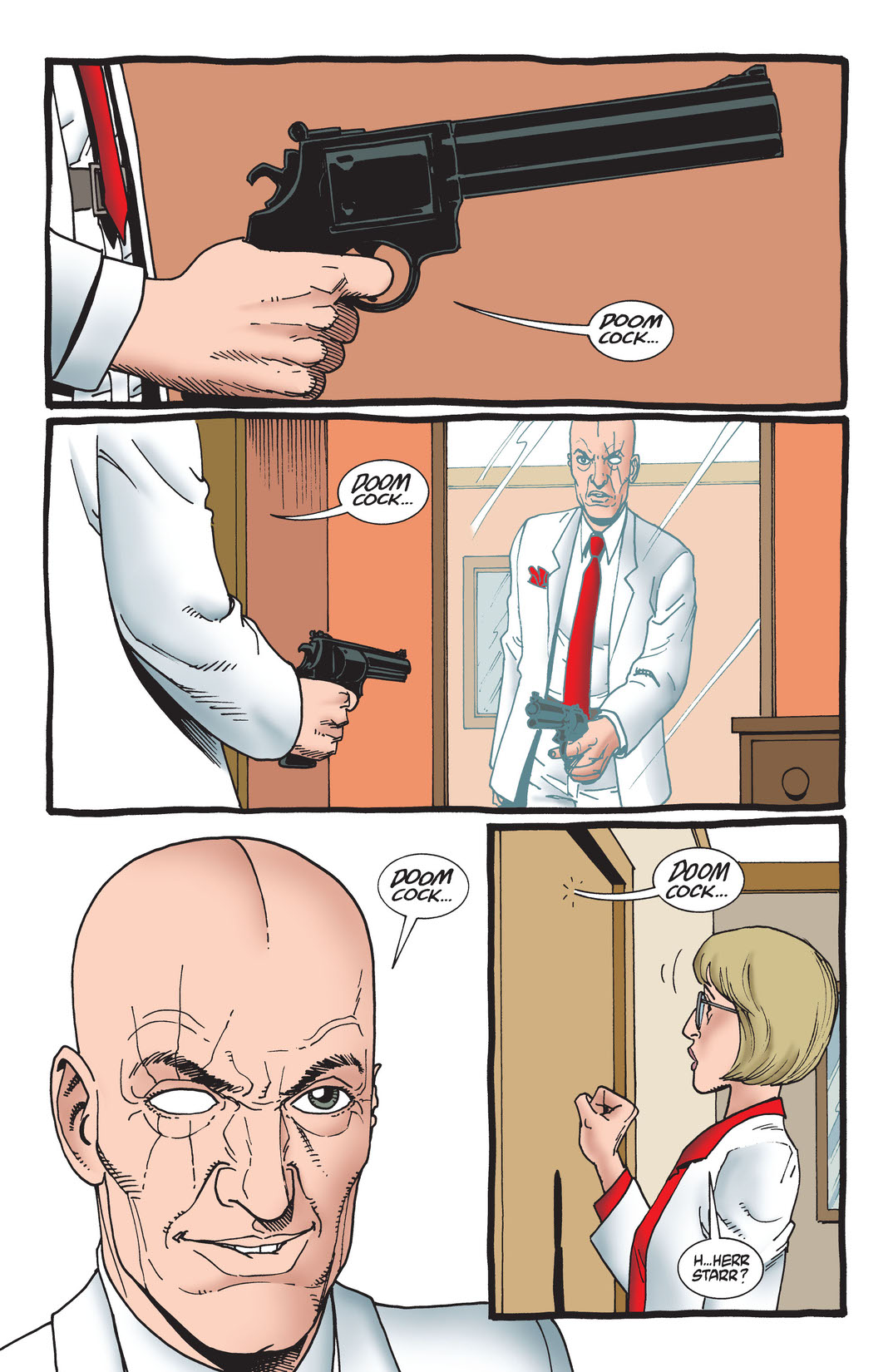 Jesse Custer's quest races toward its catastrophic conclusion as deals and pacts are made all around. Jesse confronts the Saint of Killers with a deadly proposition and Herr Starr, continuing to look the worse for wear, sees a final chance to make his move. 'Alamo' part 2.