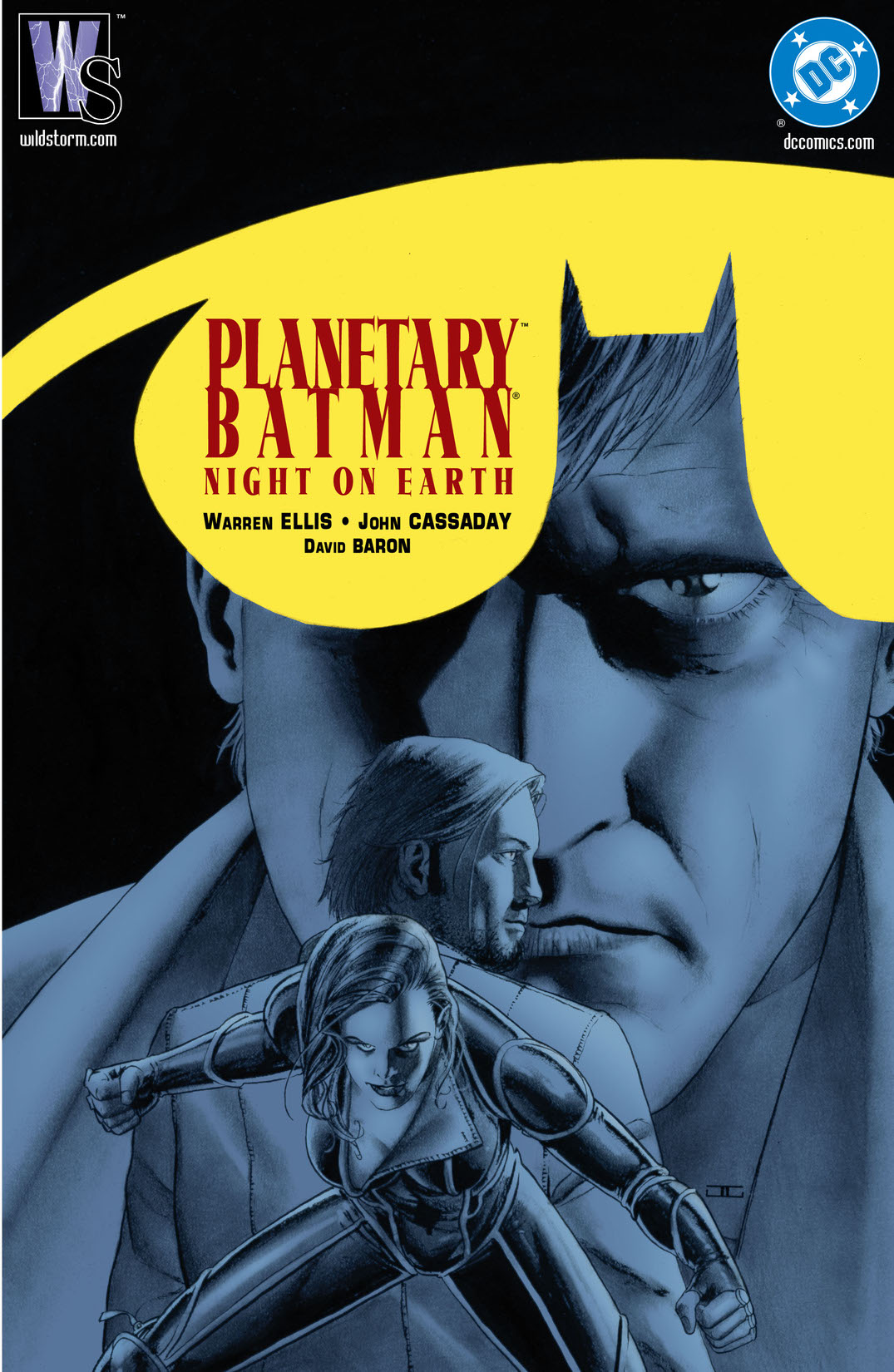 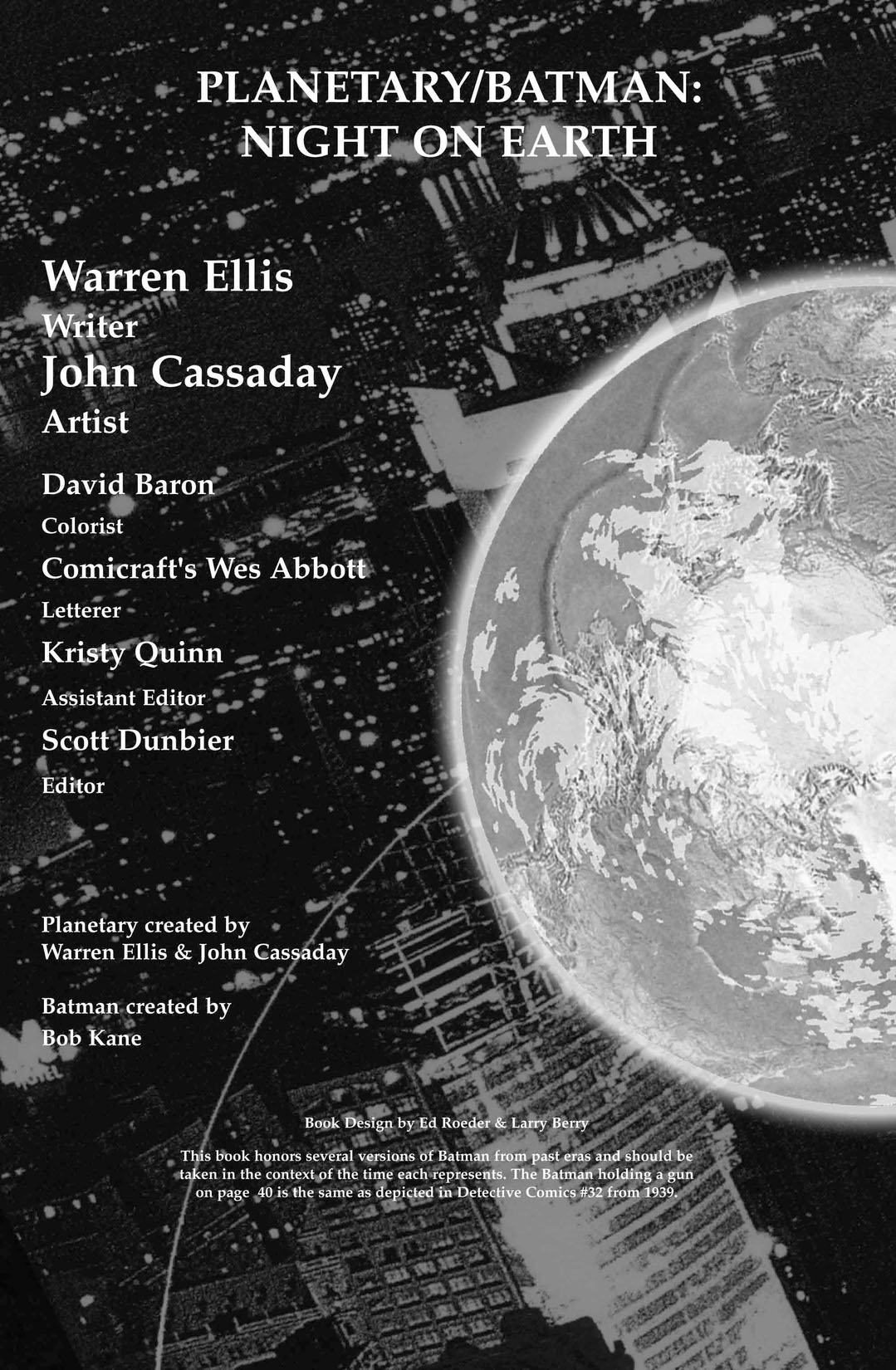 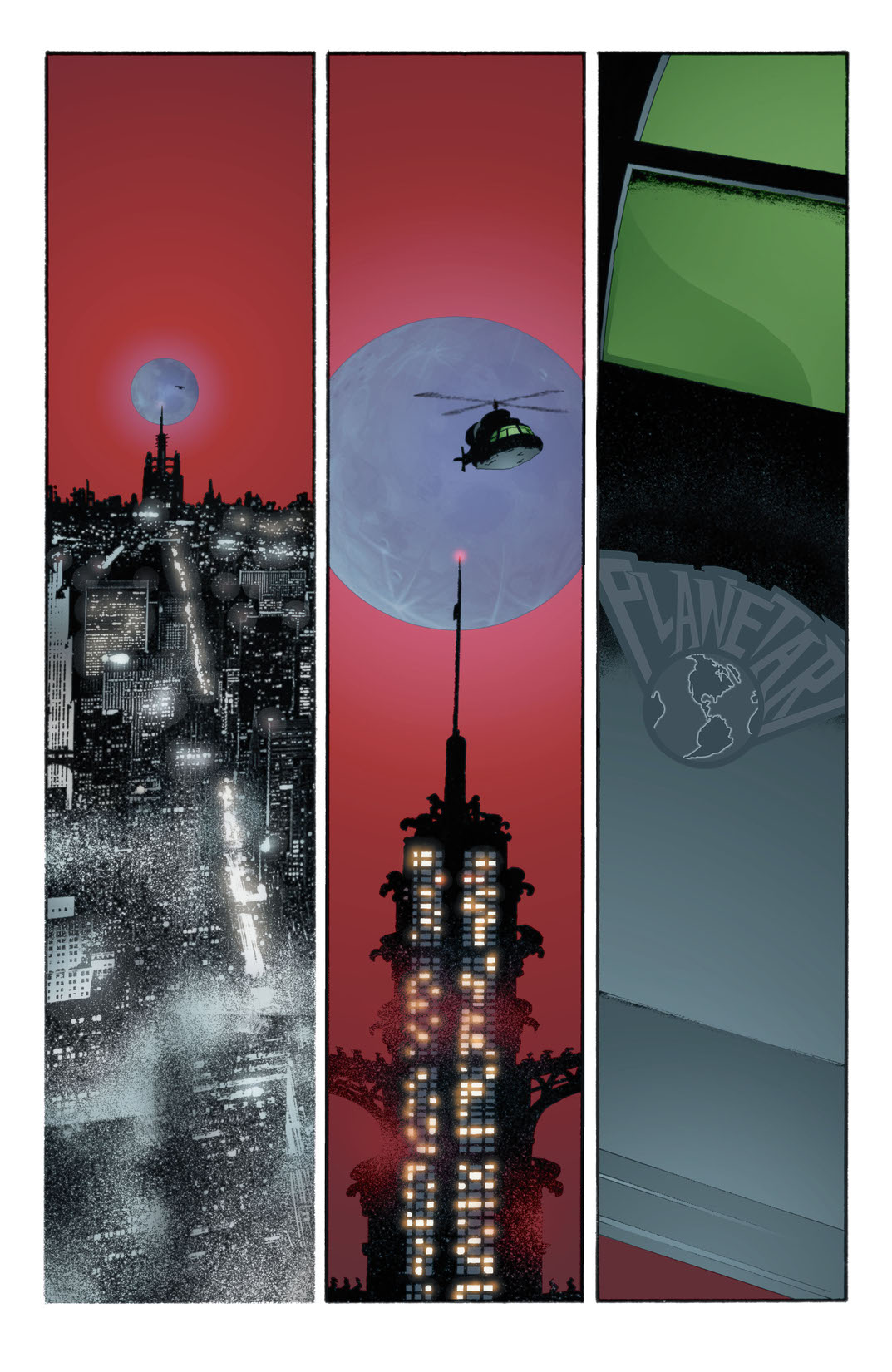 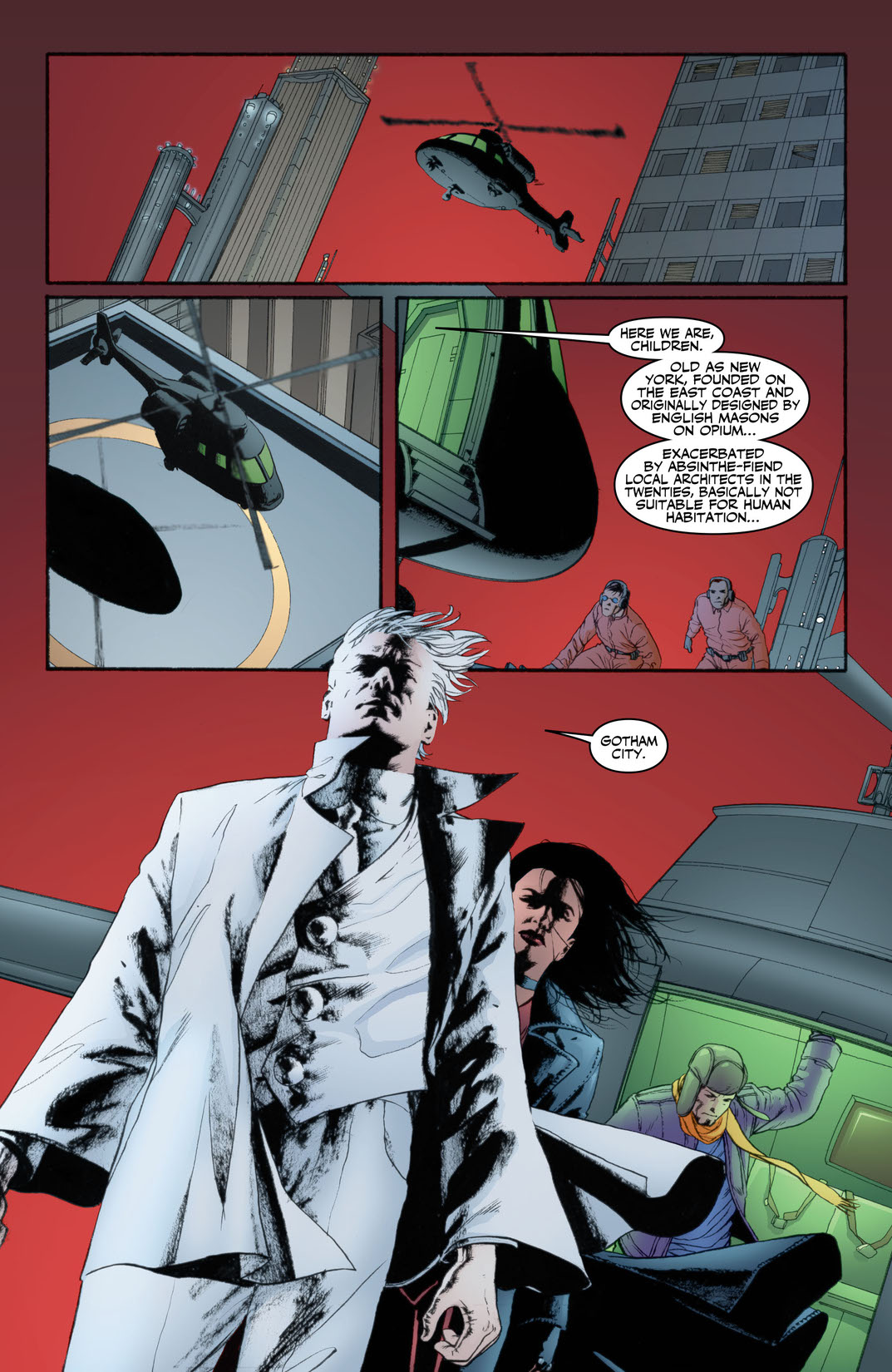 The archaeologists of the unknown come to Gotham. Planetary's Elijah Snow, Jakita Wagner, and the Drummer track a man responsible for several grotesque deaths to Crime Alley in Gotham City, home of the infamous Batman. Only Batman doesn't exist on Planetary's Earth. But, because of their quarry's random and seemingly out-of-control personal distortion field, they will soon exist on his. Or rather, theirs, as the members of Planetary are displaced to several variations of Gotham City, and encounter several versions of the Batman—all of whom are determined to bring the killer to justice...and out of Planetary's hands!