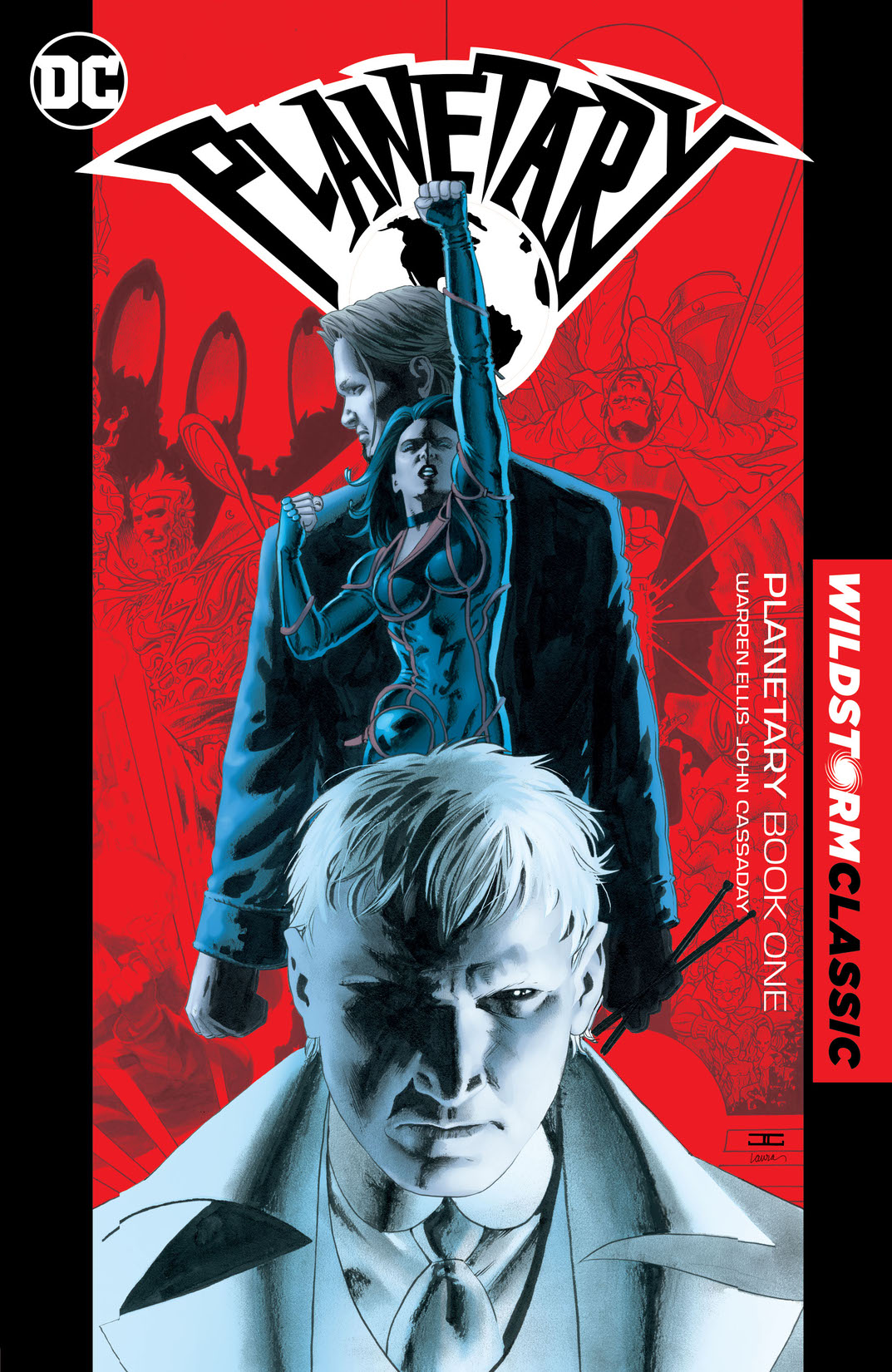 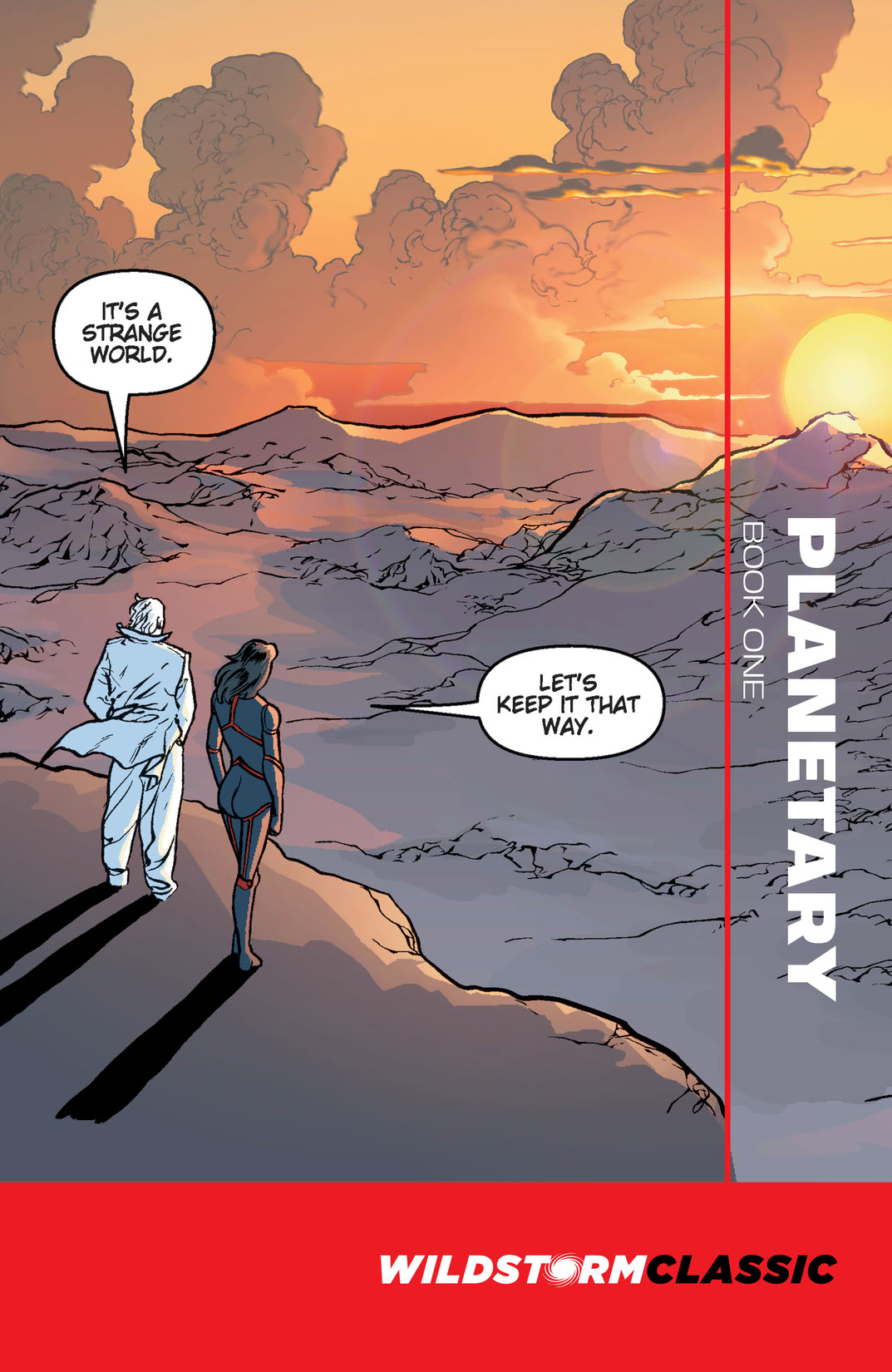 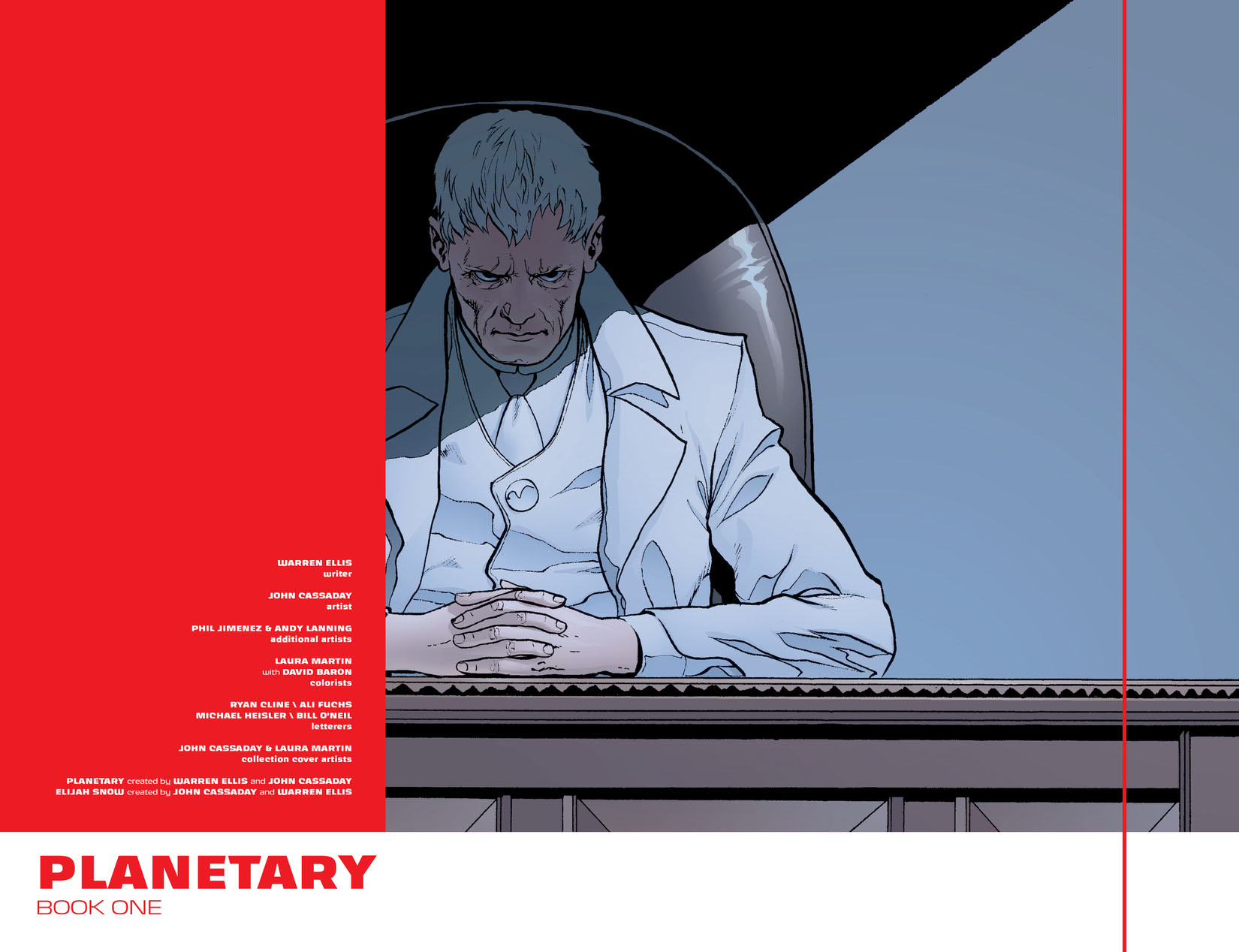 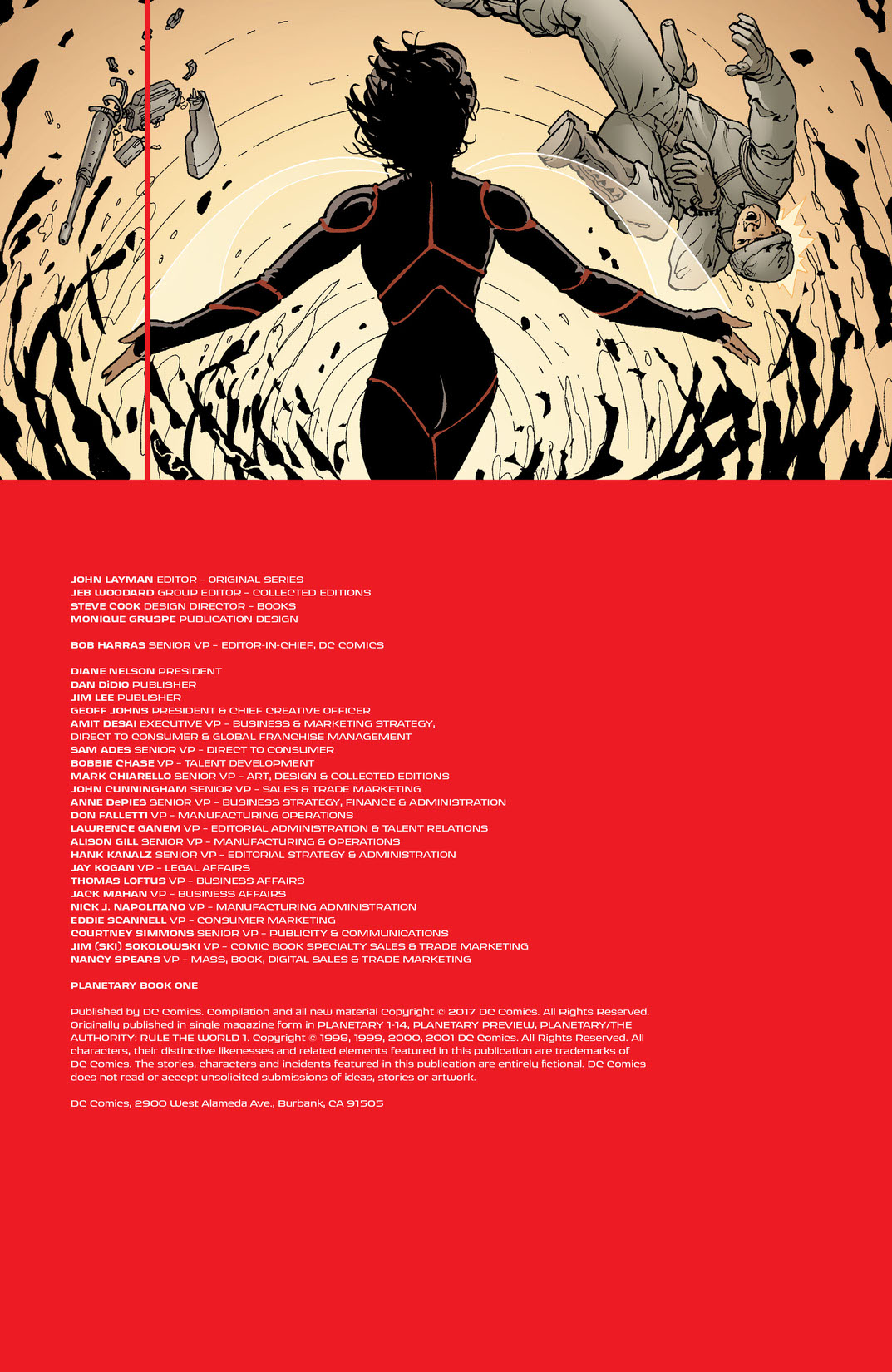 "From critically acclaimed author Warren Ellis (THE AUTHORITY, TRANSMETROPOLITAN) and artist John Cassaday comes the ultimate collection of PLANETARY in PLANETARY BOOK ONE. This book Collecting collects the adventures of Elijah Snow, a powerful, hundred- year-old- man, Jakita Wagner, an extremely powerful but bored woman, and The the Drummer, a man with the ability to communicate with machines. Infatuated with tracking down evidence of superhuman activity, these mystery archaeologists of the late twentieth century uncover unknown paranormal secrets and histories, such as a World War II supercomputer that can access other universes, a ghostly spirit of vengeance and a lost island of dying monsters. This new cut of the classic series includes extras from the Absolute Edition, including sketches and variant covers. Collecting PLANETARY #1-14, PLANETARY SNEAK PEAK, PLANETARY/AUTHORITY TO RULE THE WORLD."