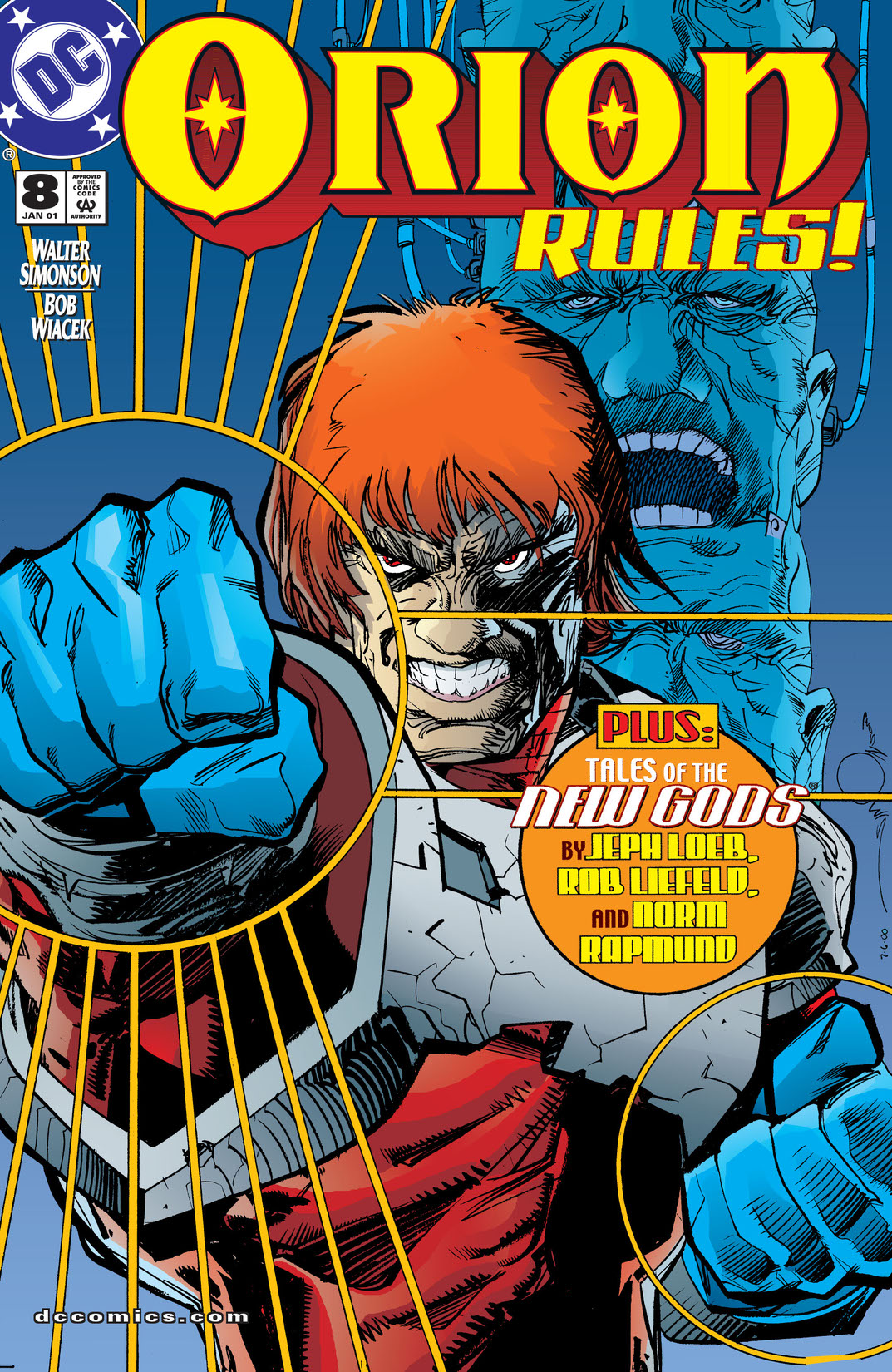 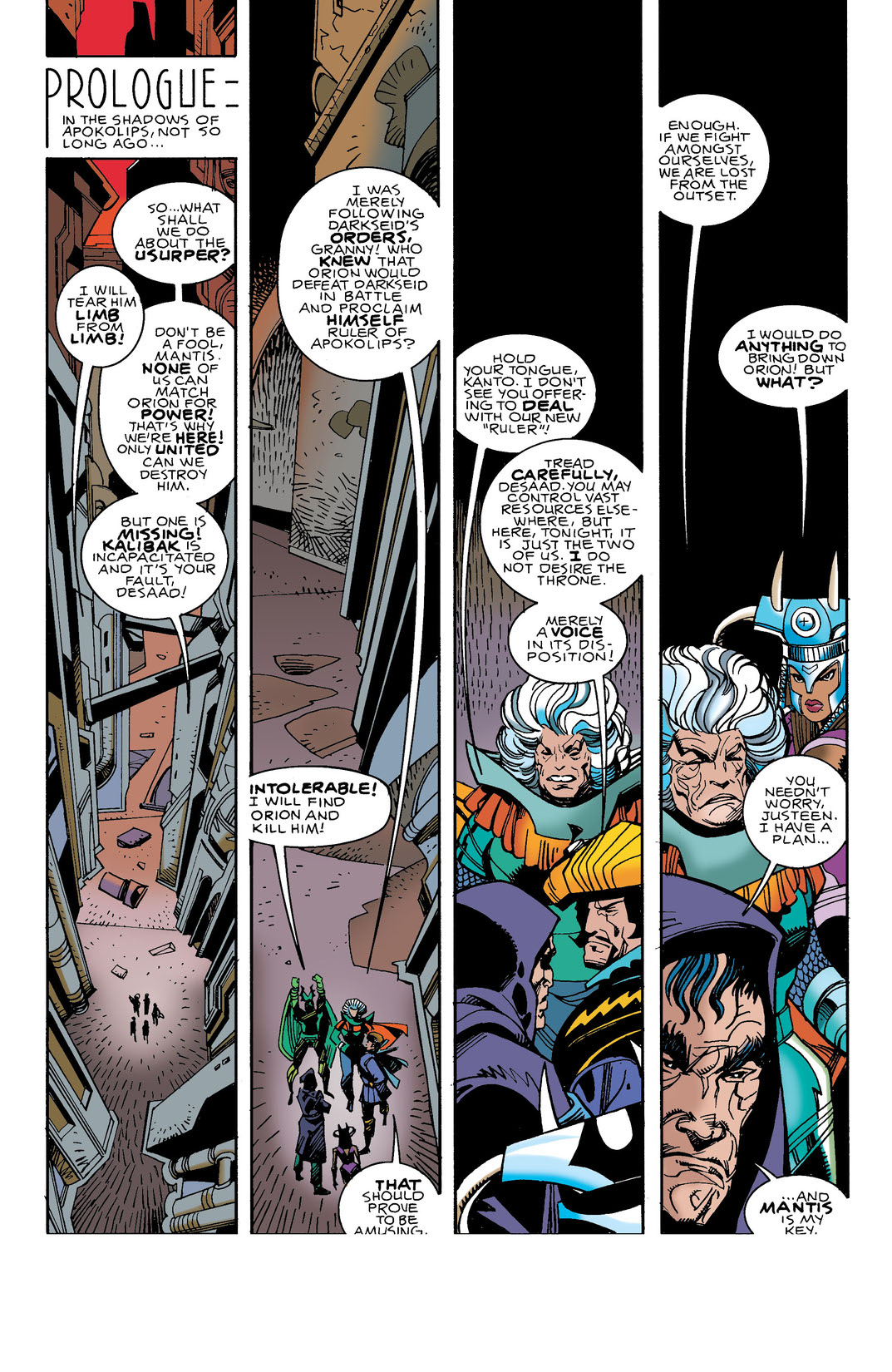 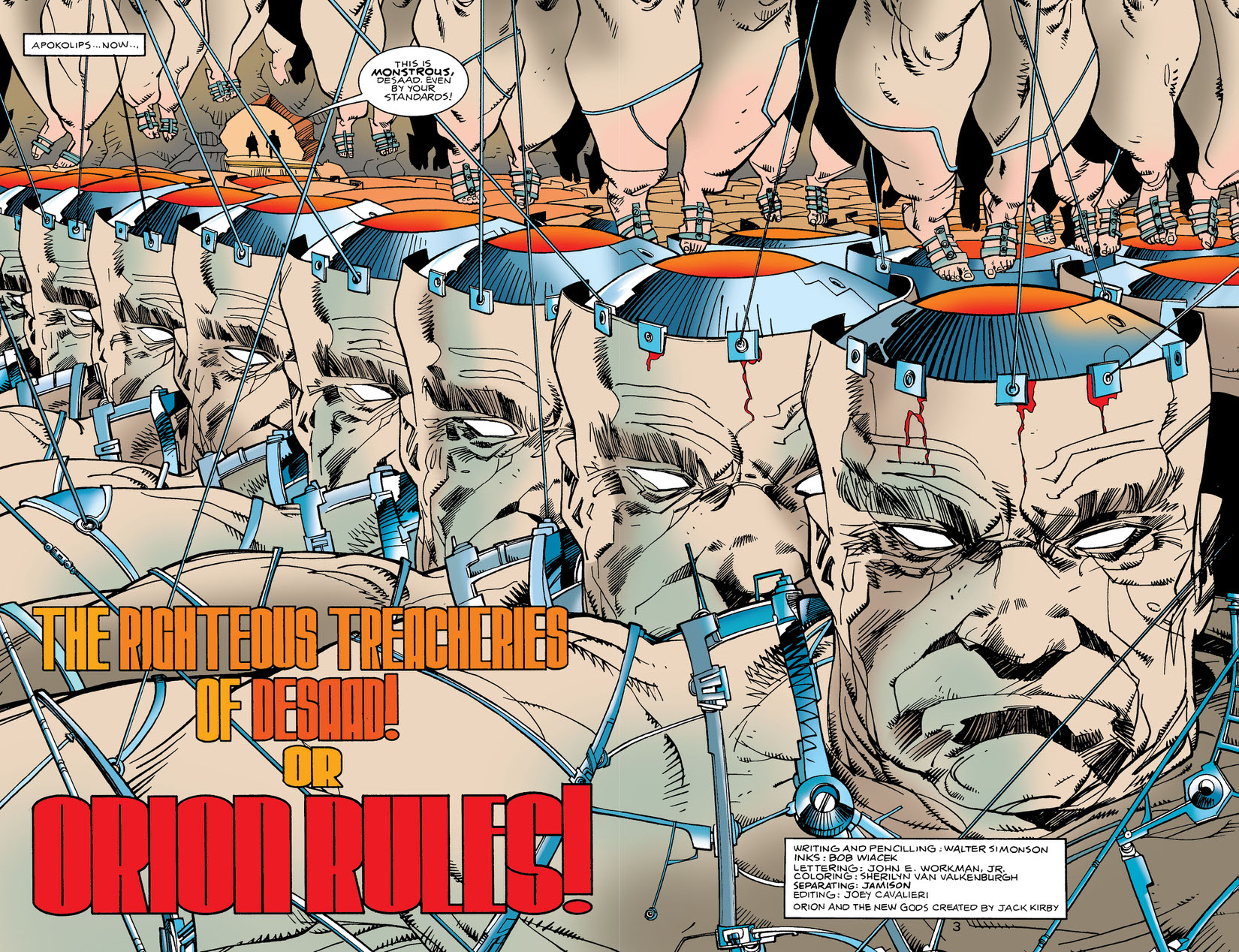 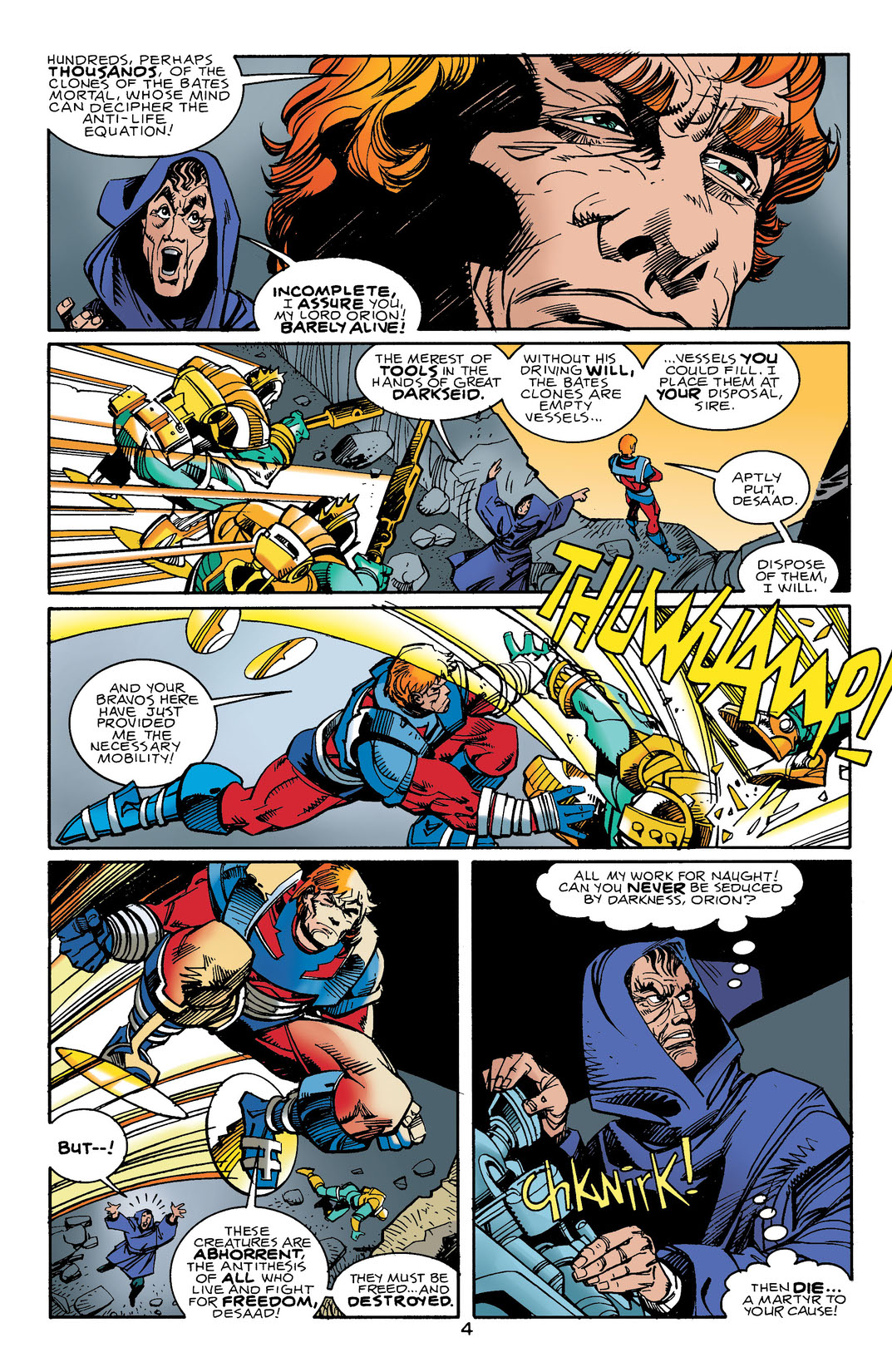 Orion has become the new ruler of Apokolips, but now he must contend with his half-brother, Kalibak, for possession of the throne! Meanwhile, the incredible secret that DeSaad has been keeping from them both is revealed!