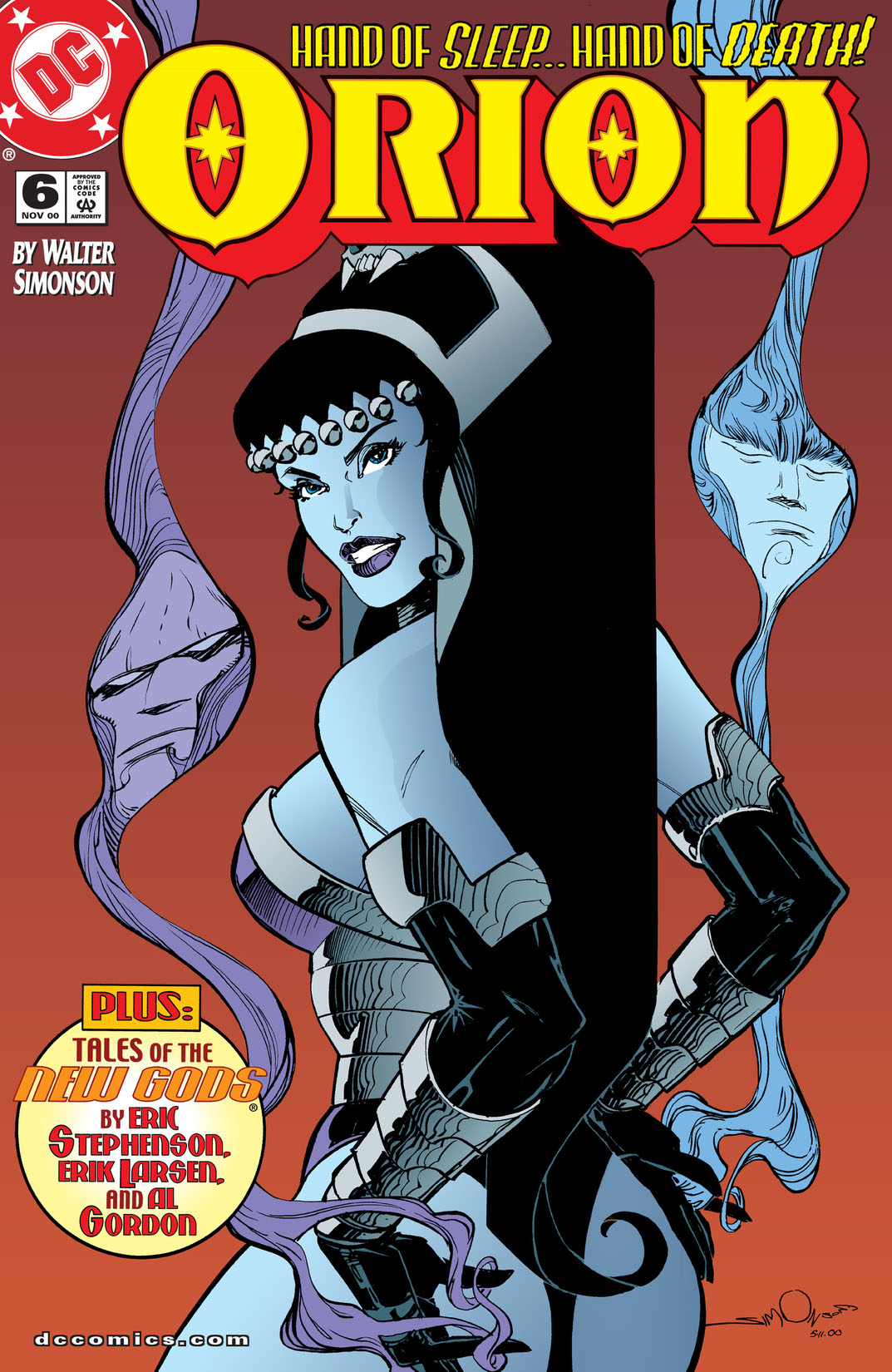 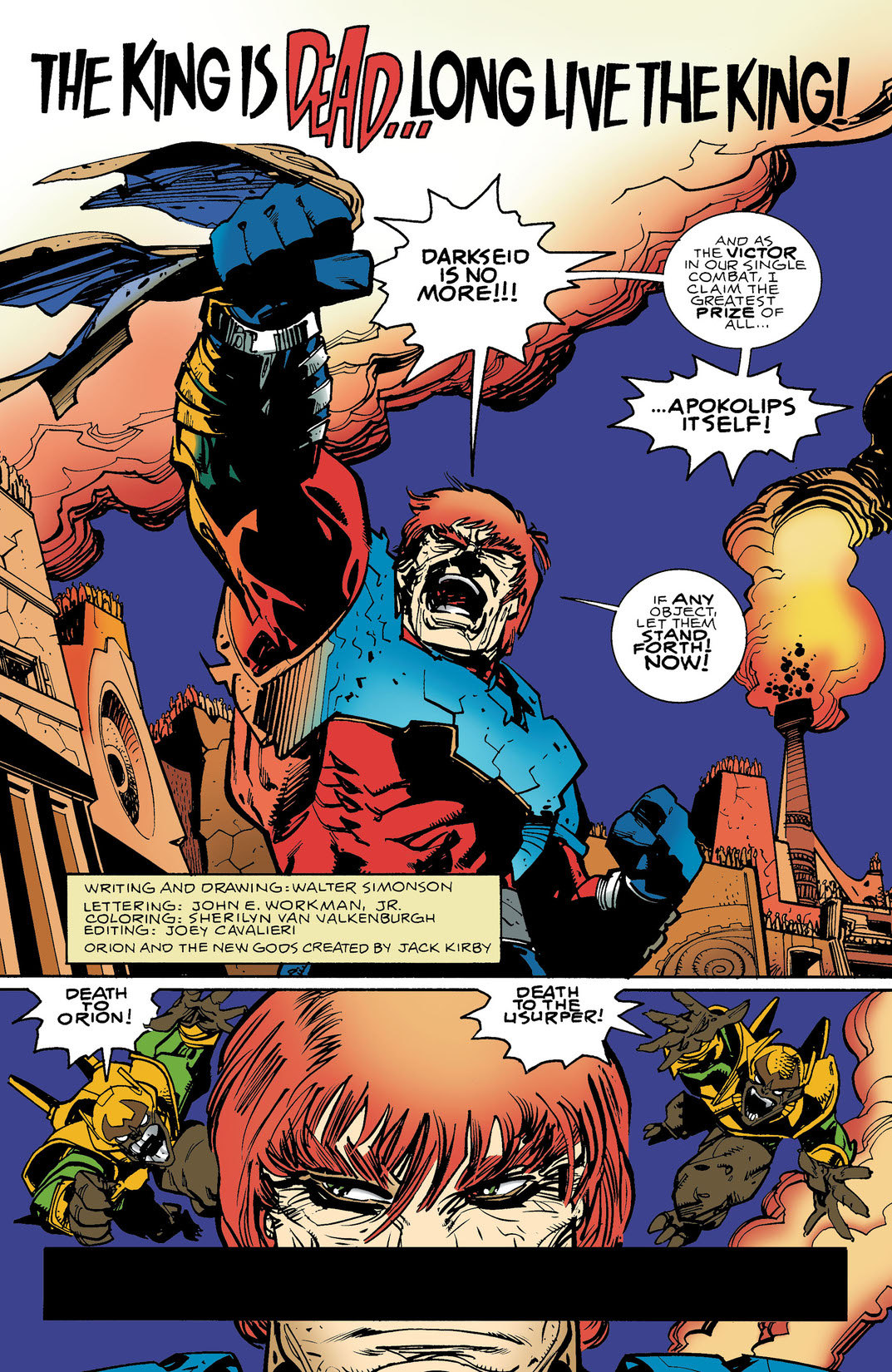 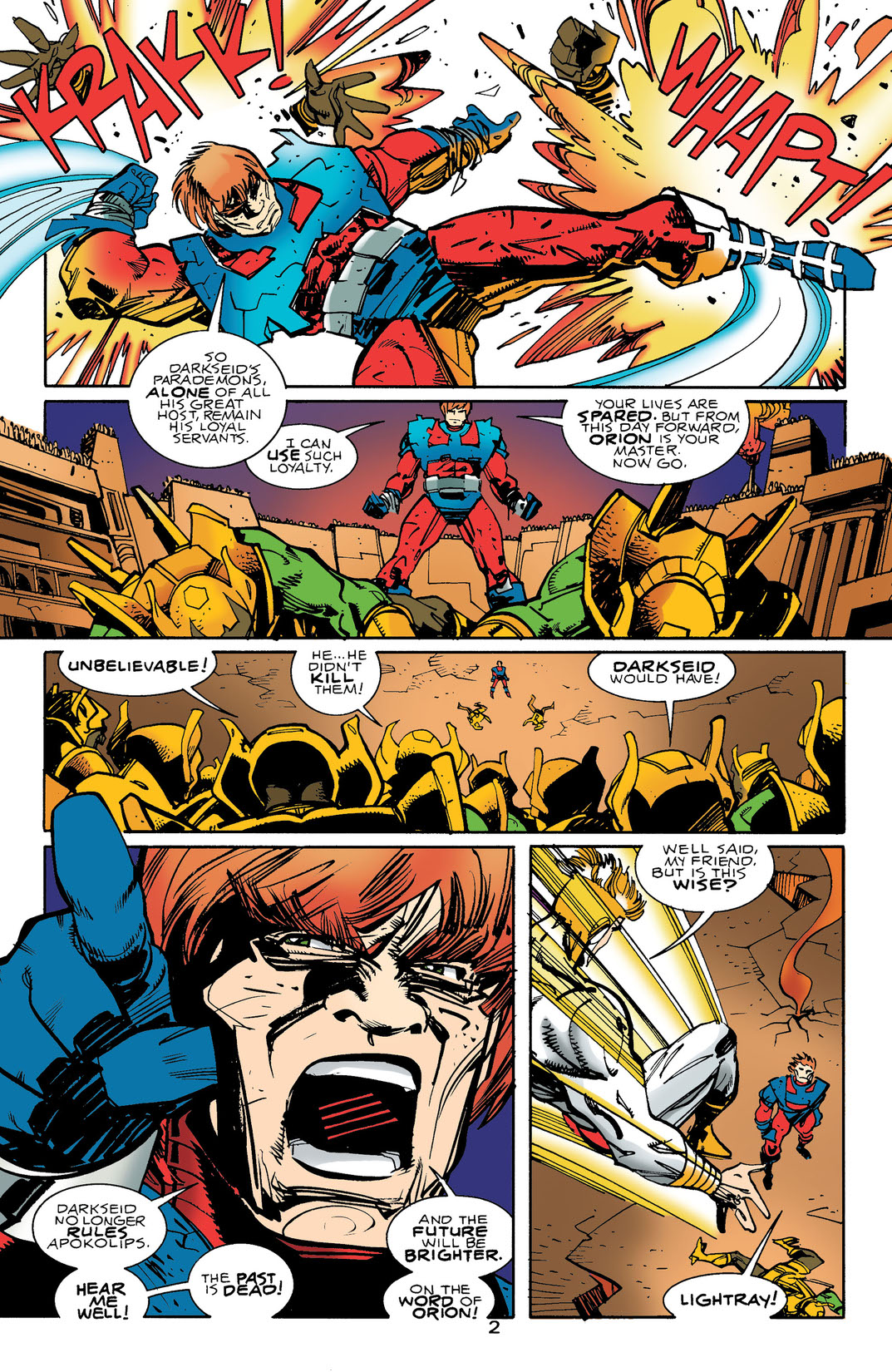 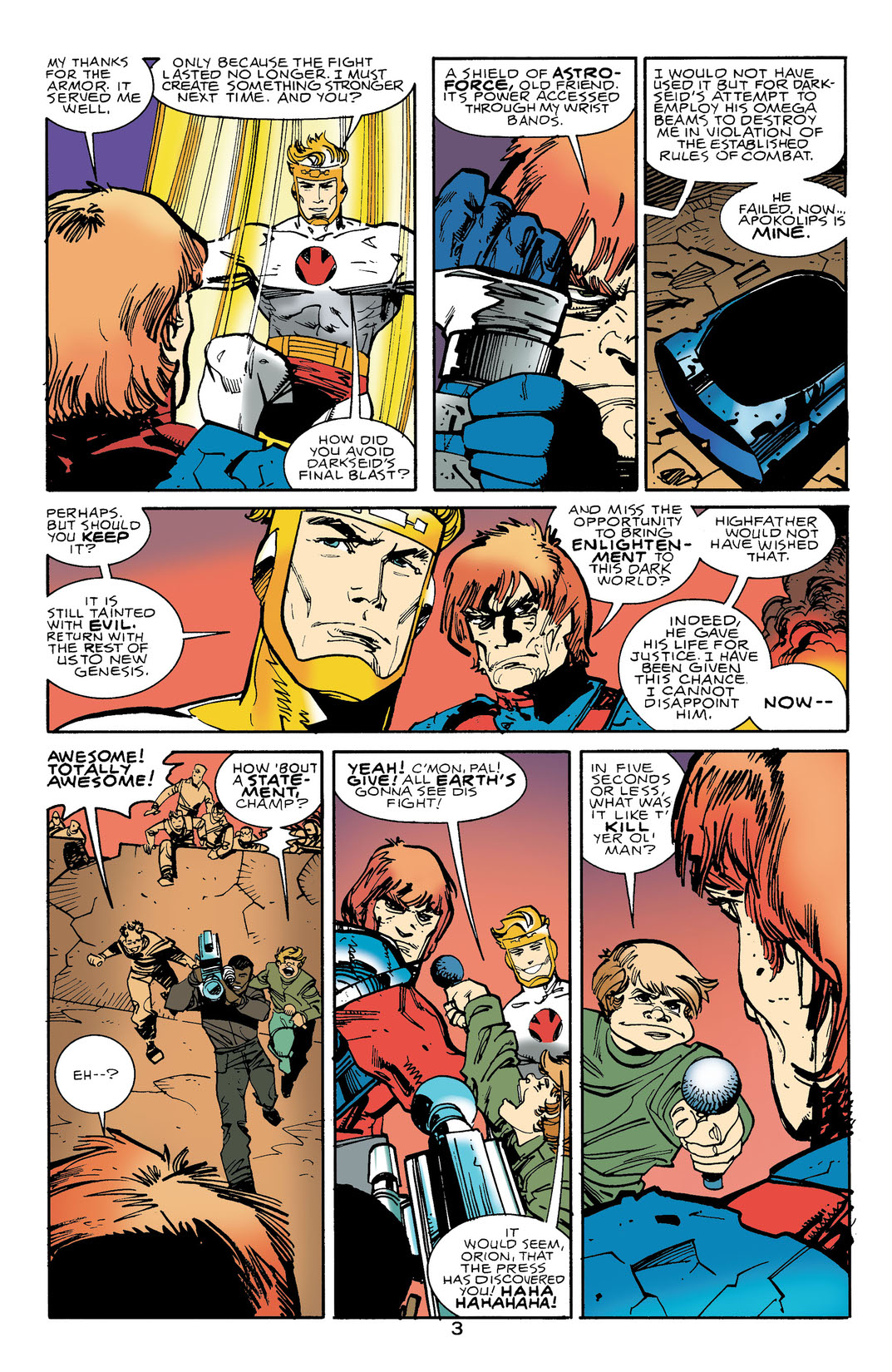 In the aftermath of last issue's explosive battle, there's a new ruler in Apokolips, and he's inherited Darkseid's confidante, Mortalla, whose advice is a poor substitute for a Mother Box. But is the new leader Orion? Or is it Kalibak?