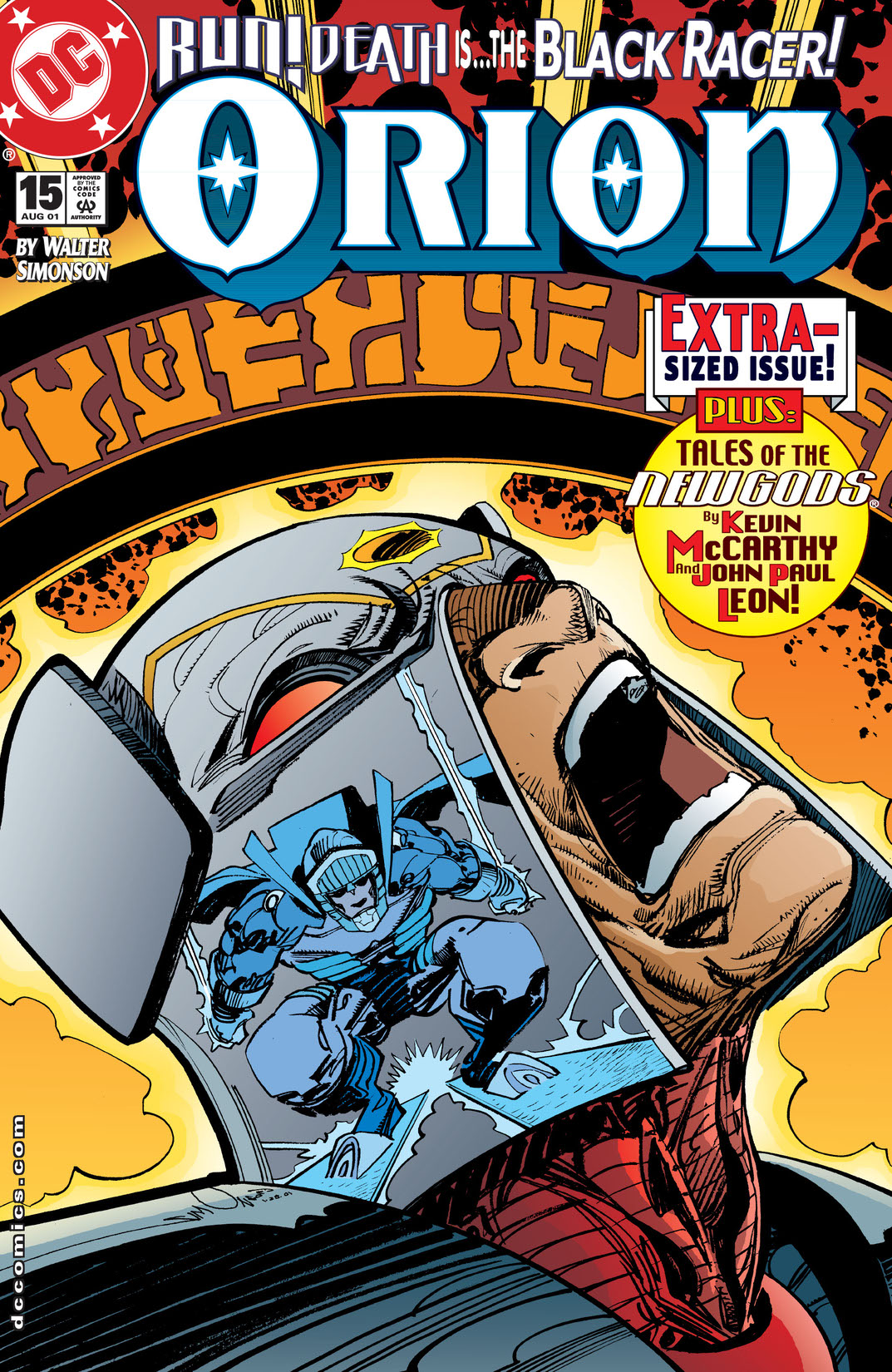 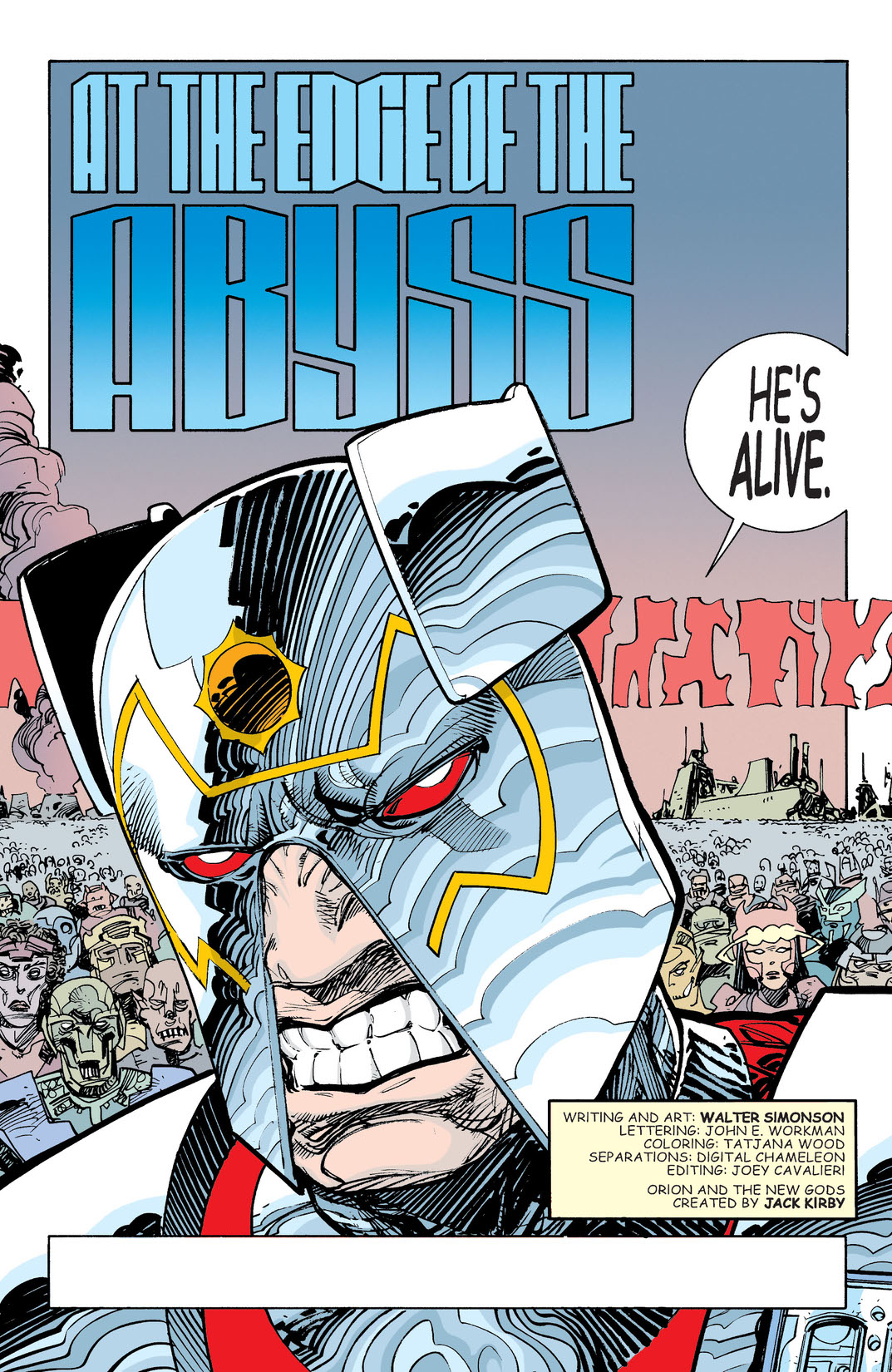 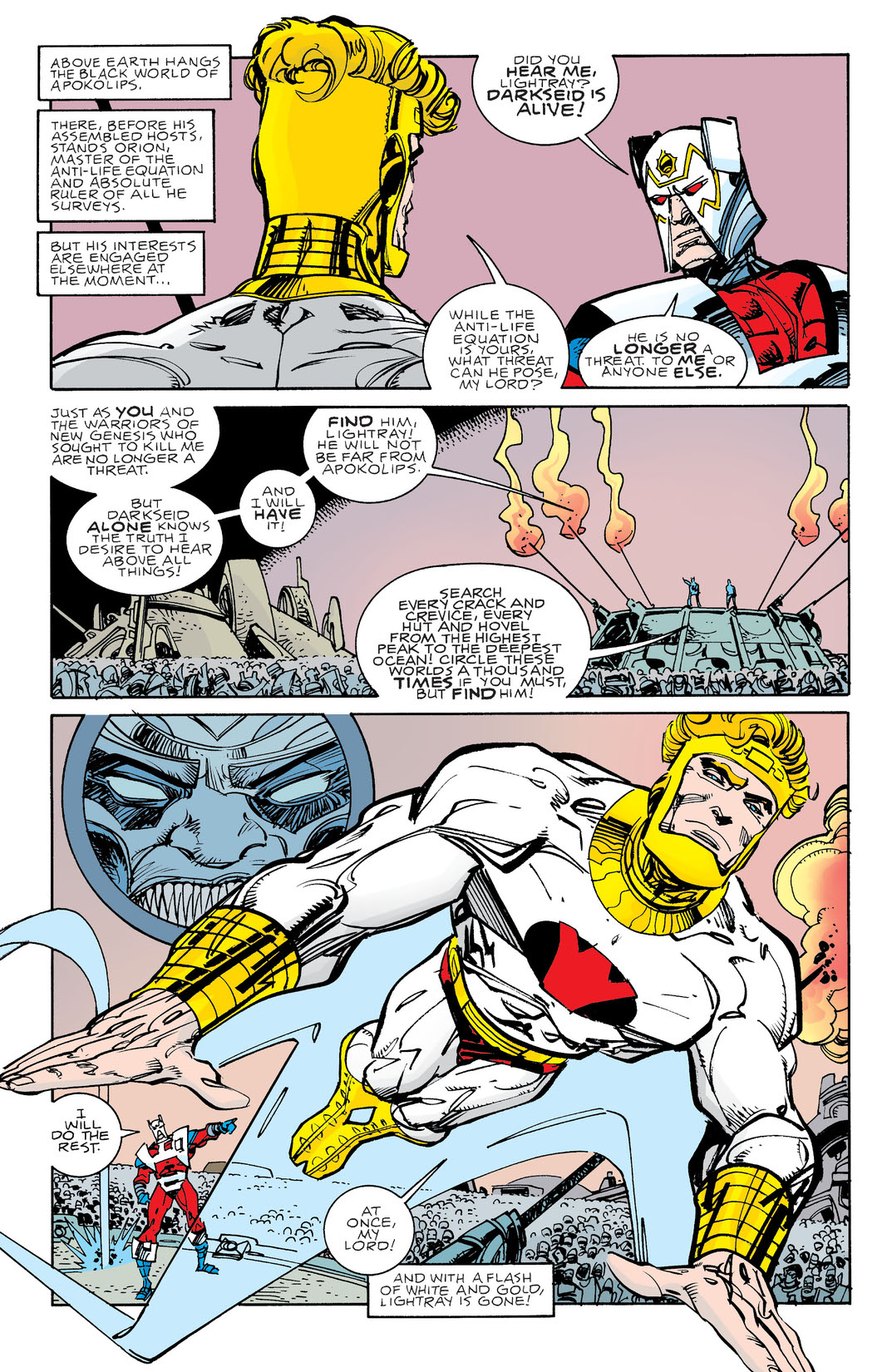 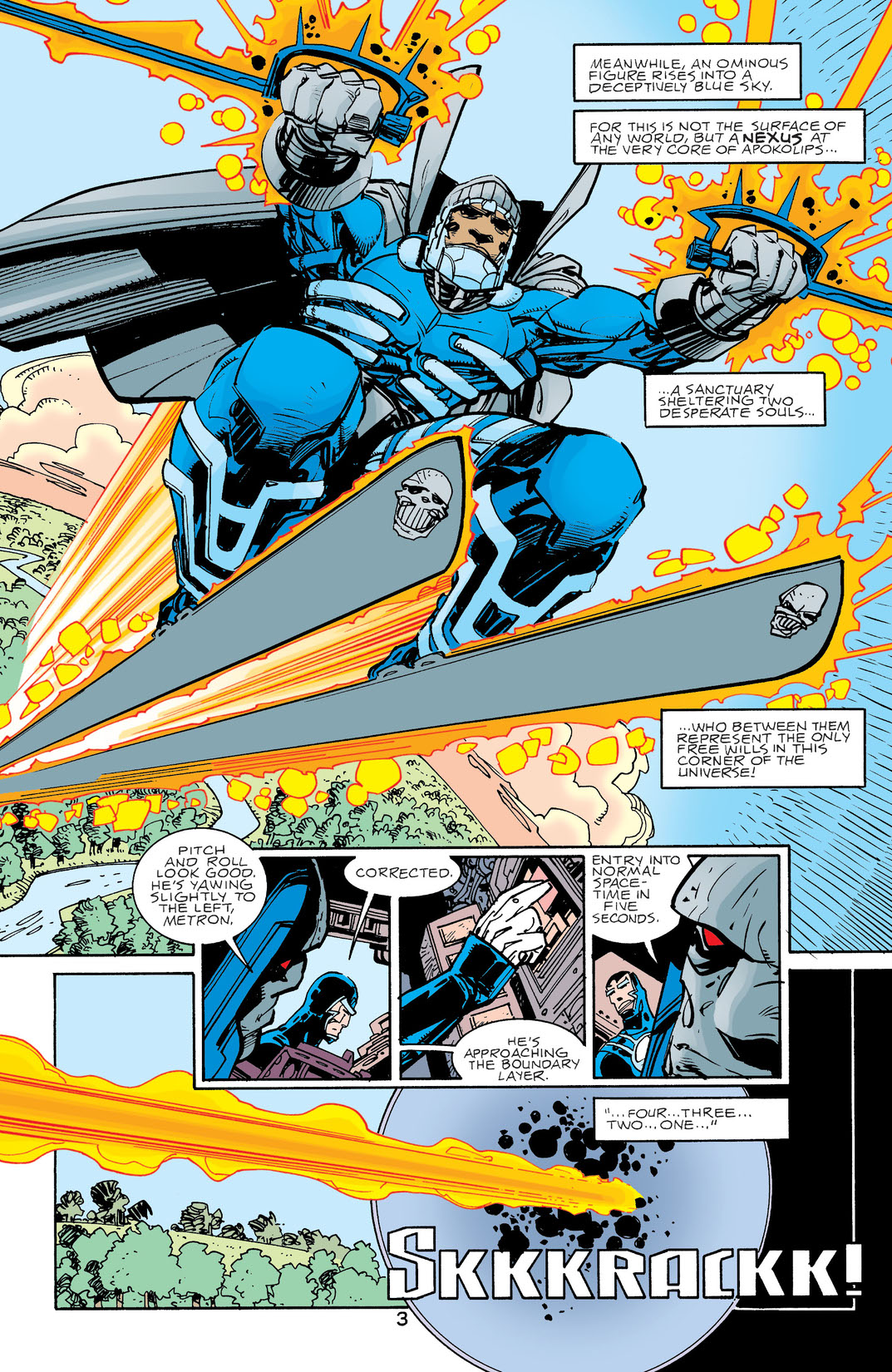 An extra-sized issue has Orion facing the return of Darkseid! Orion is exiled from the universe, taking the effects of the Anti-Life Equation with him. But he's been exiled from time and space as we know it…to encounter…what?