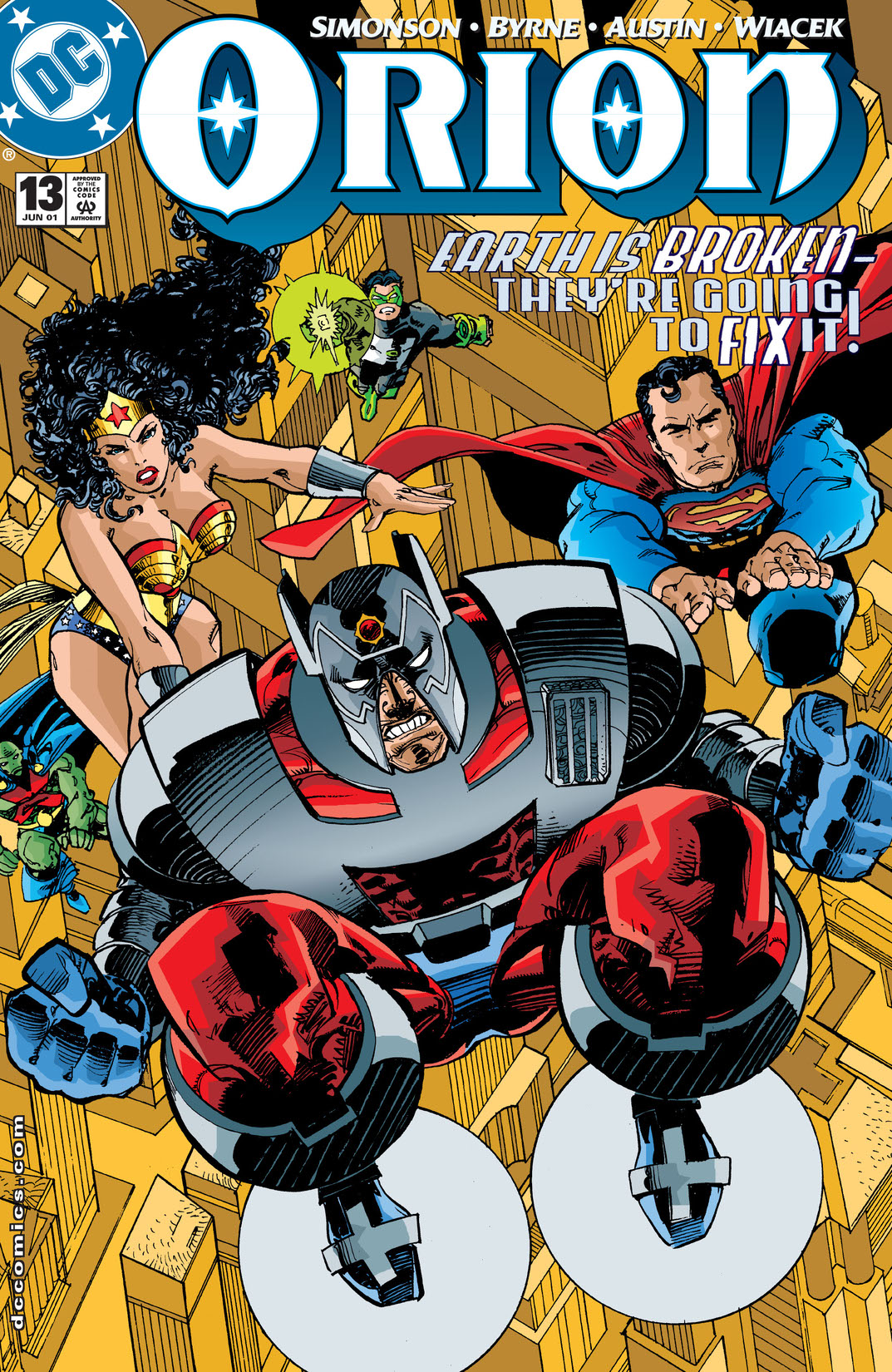 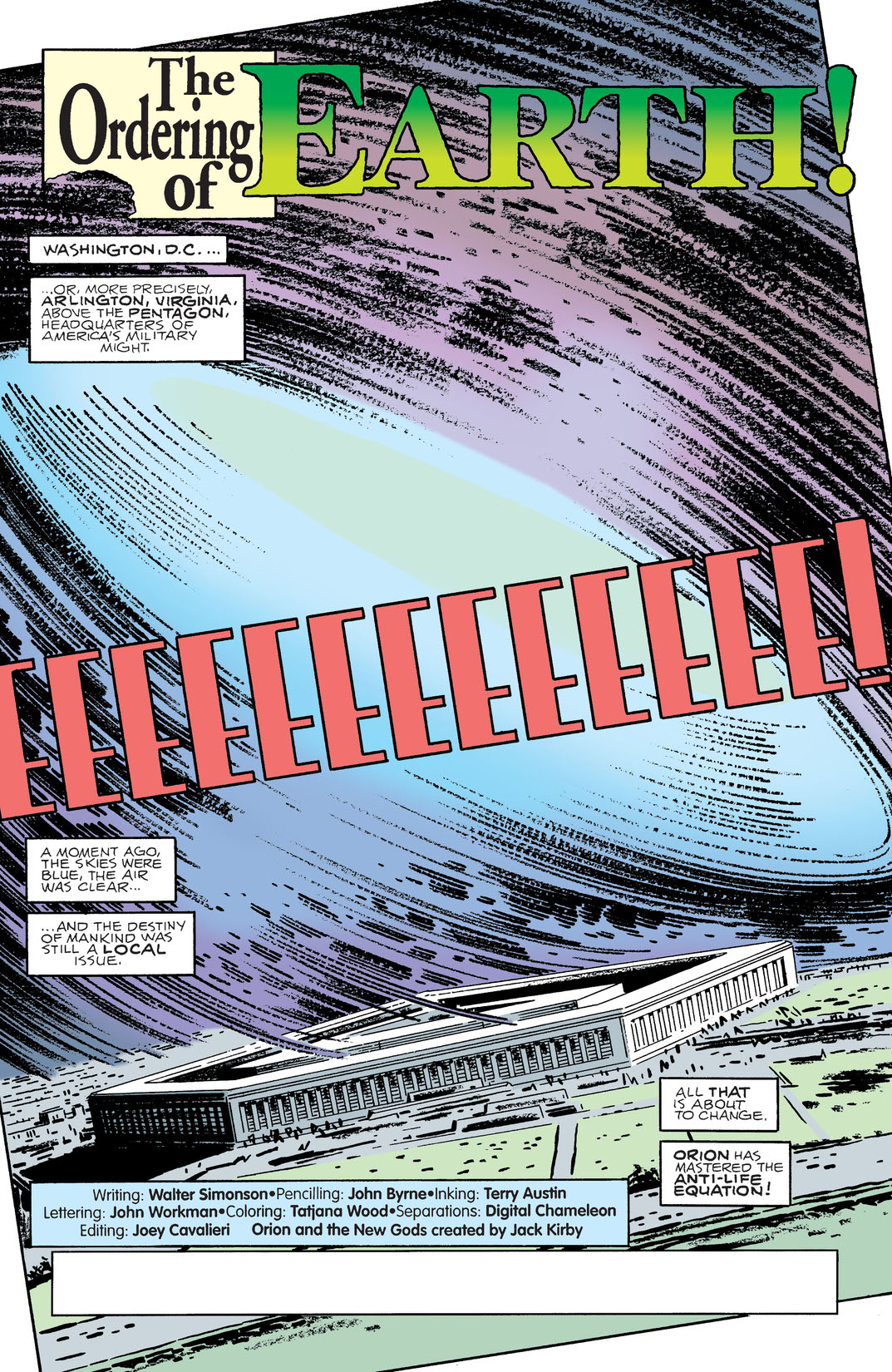 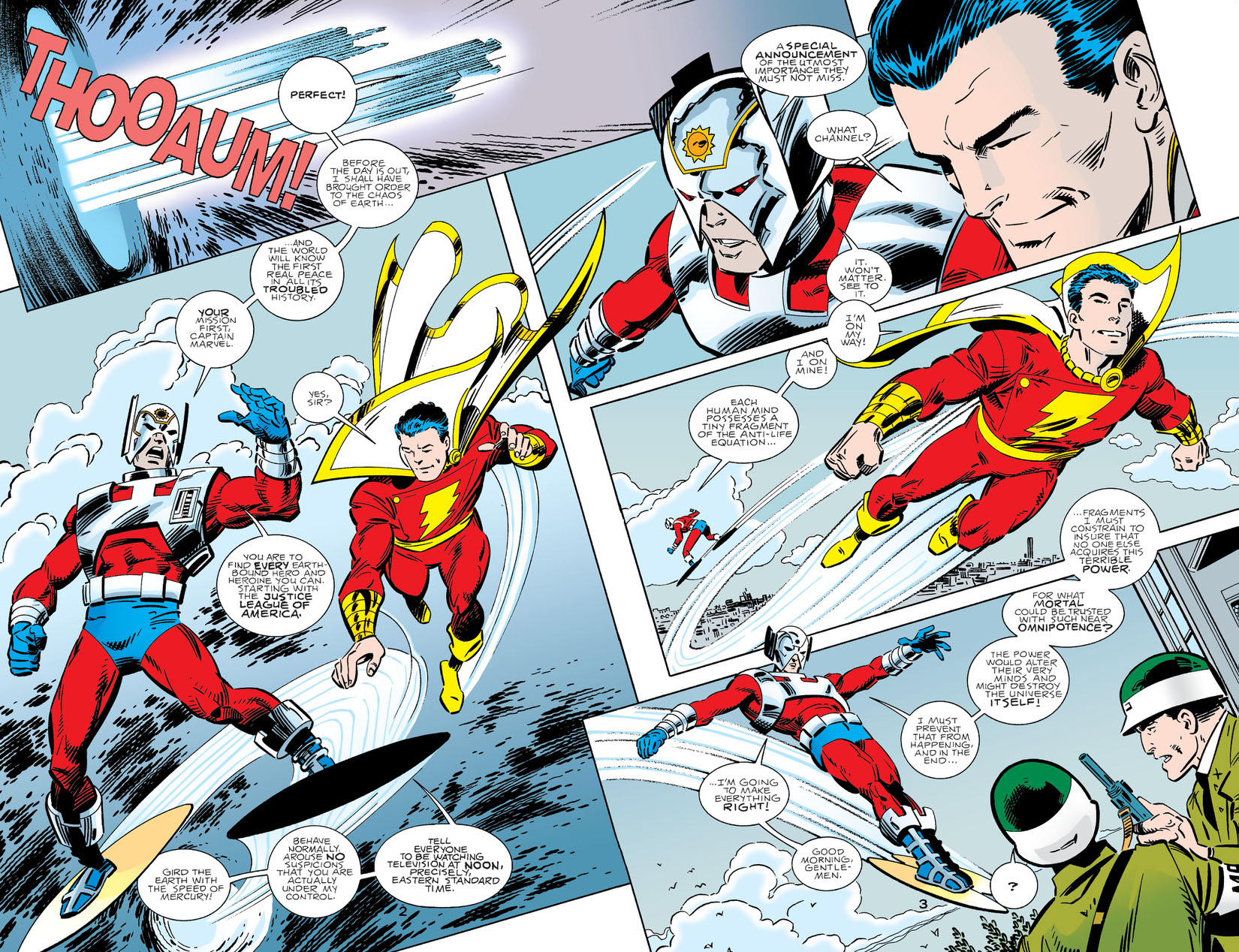 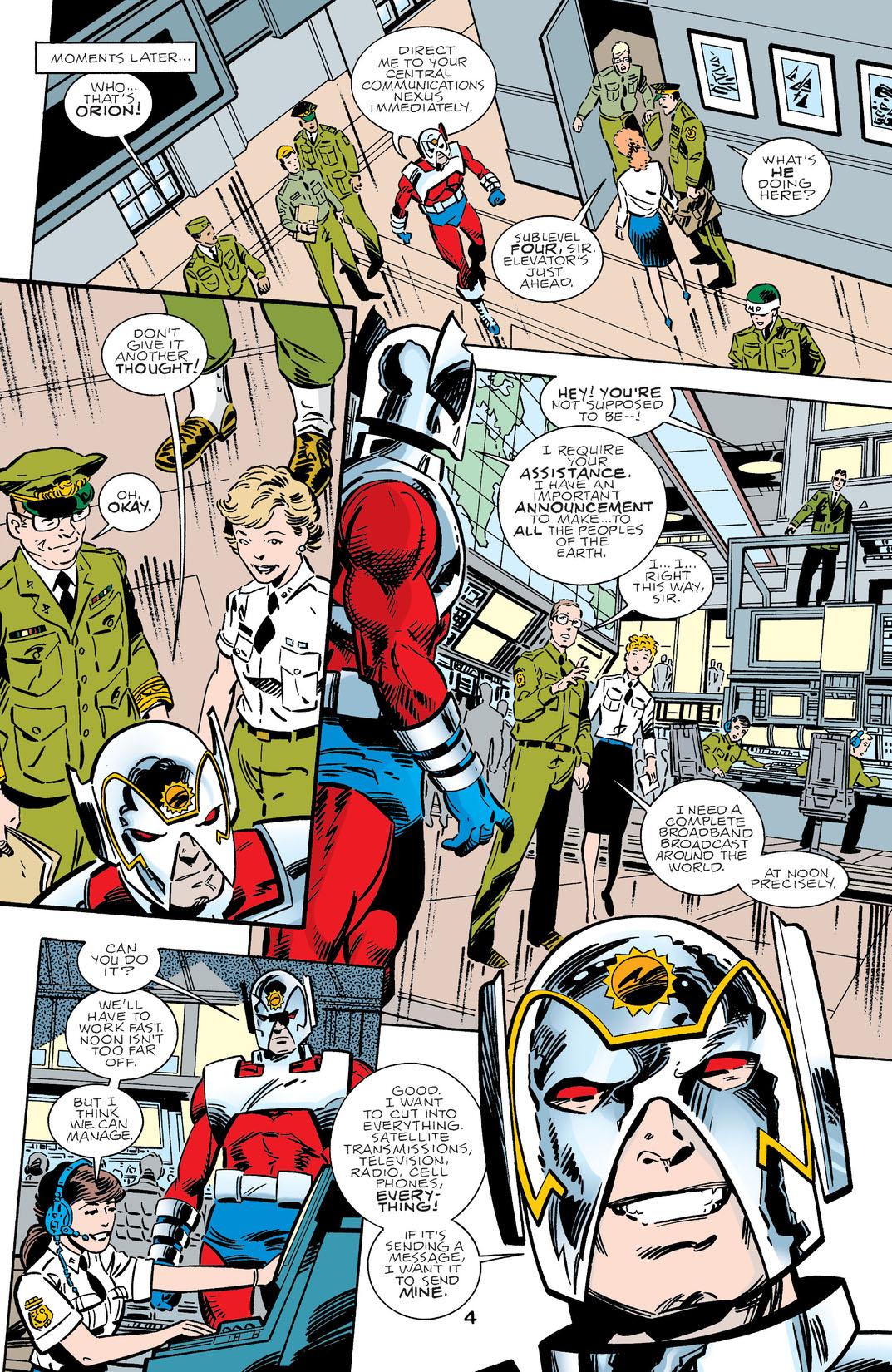 Now that Orion possesses the Anti-Life Equation, the World’s Greatest Heroes are concerned about Orion’s seemingly limitless power. Will the new ruler of Apokolips bring the “benefits” of his rule to Earth?