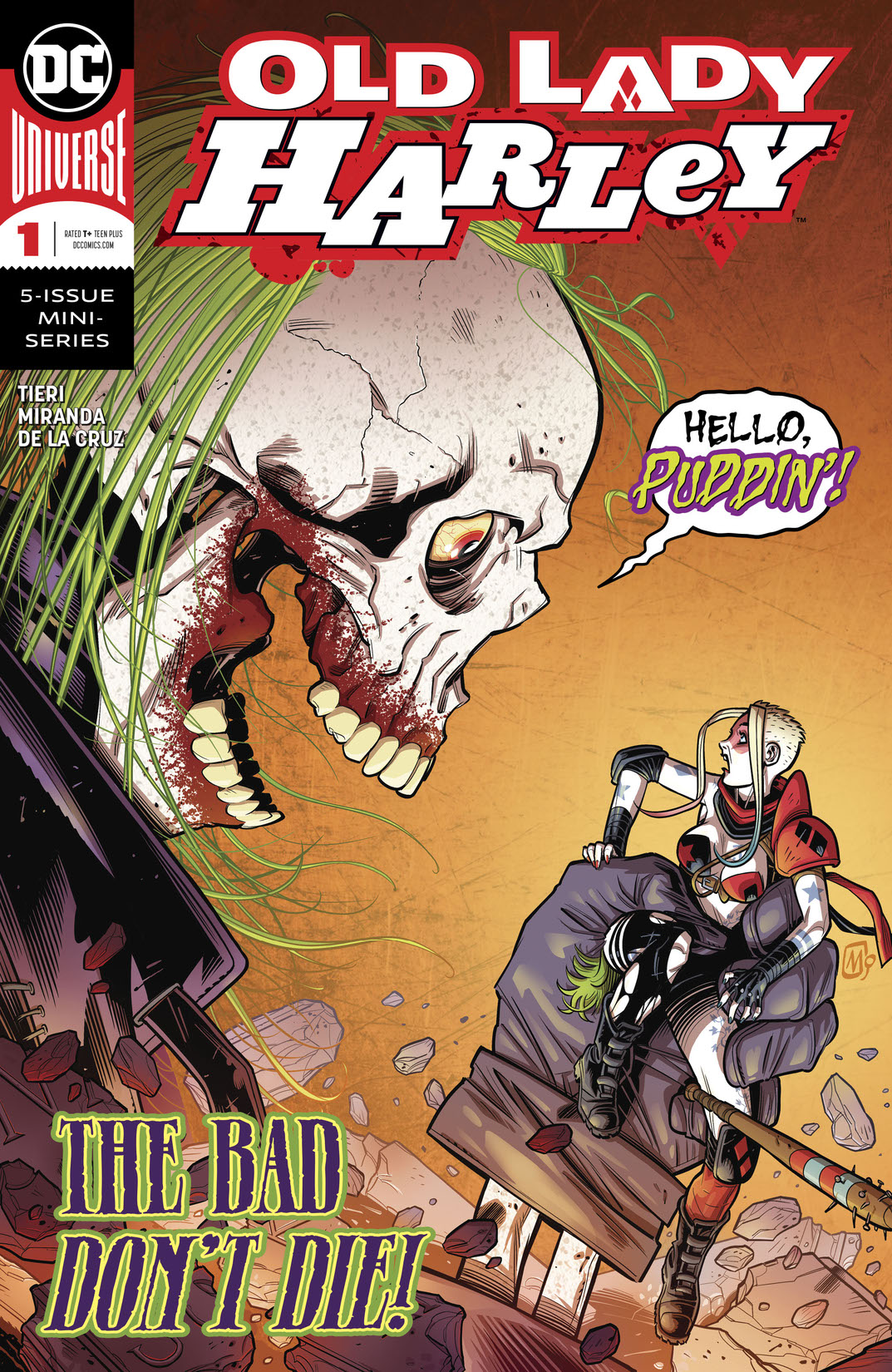 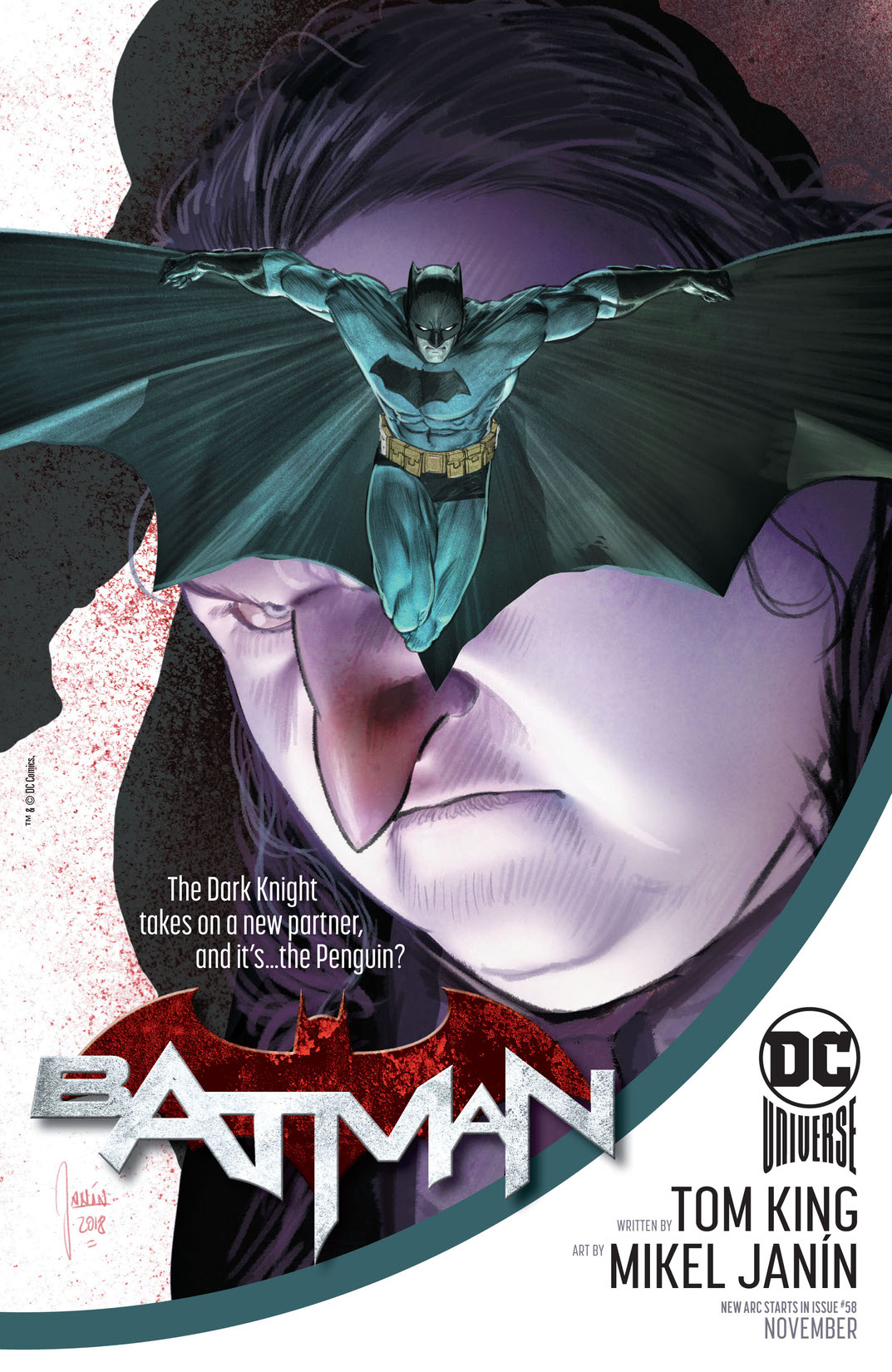 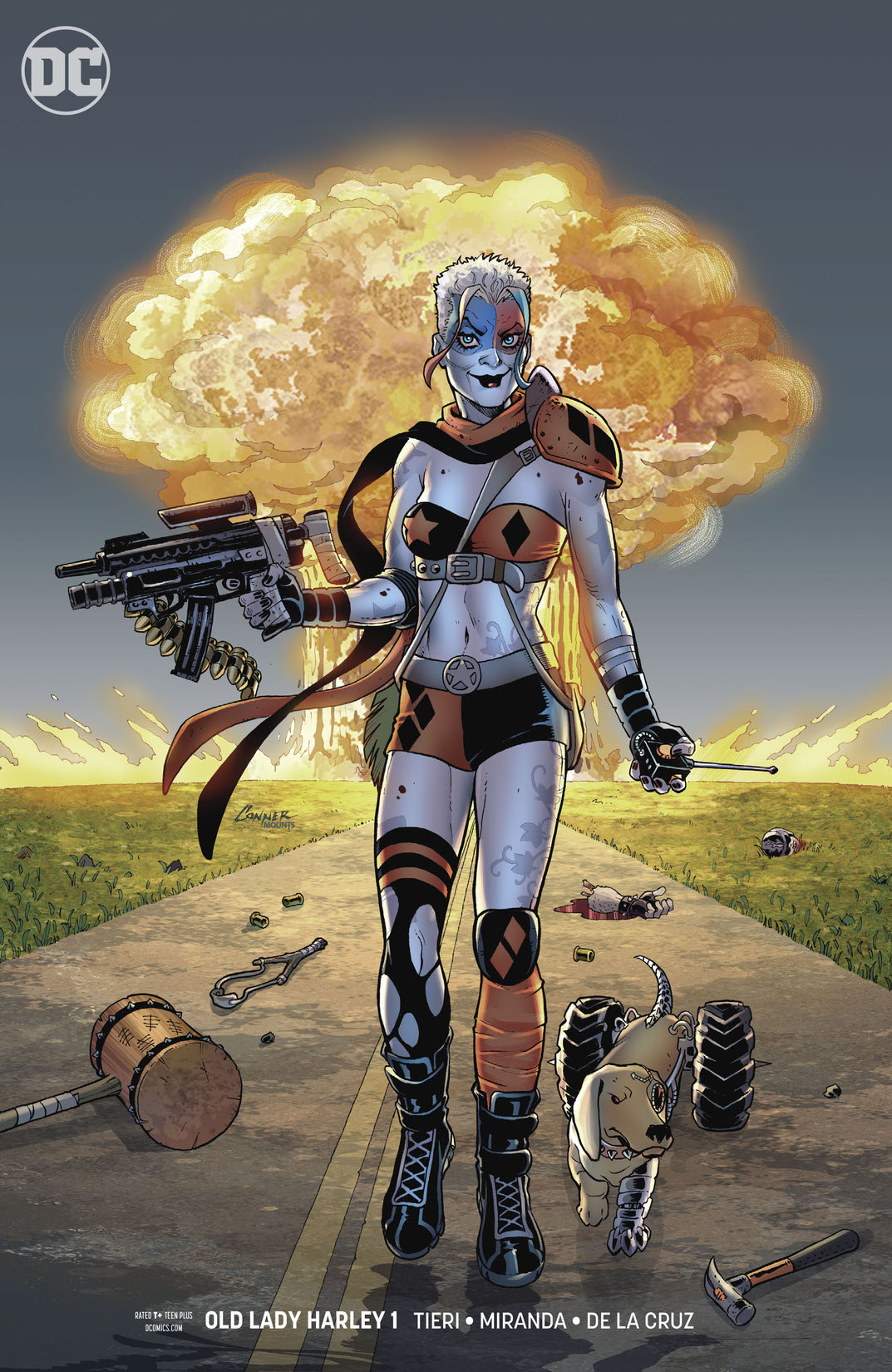 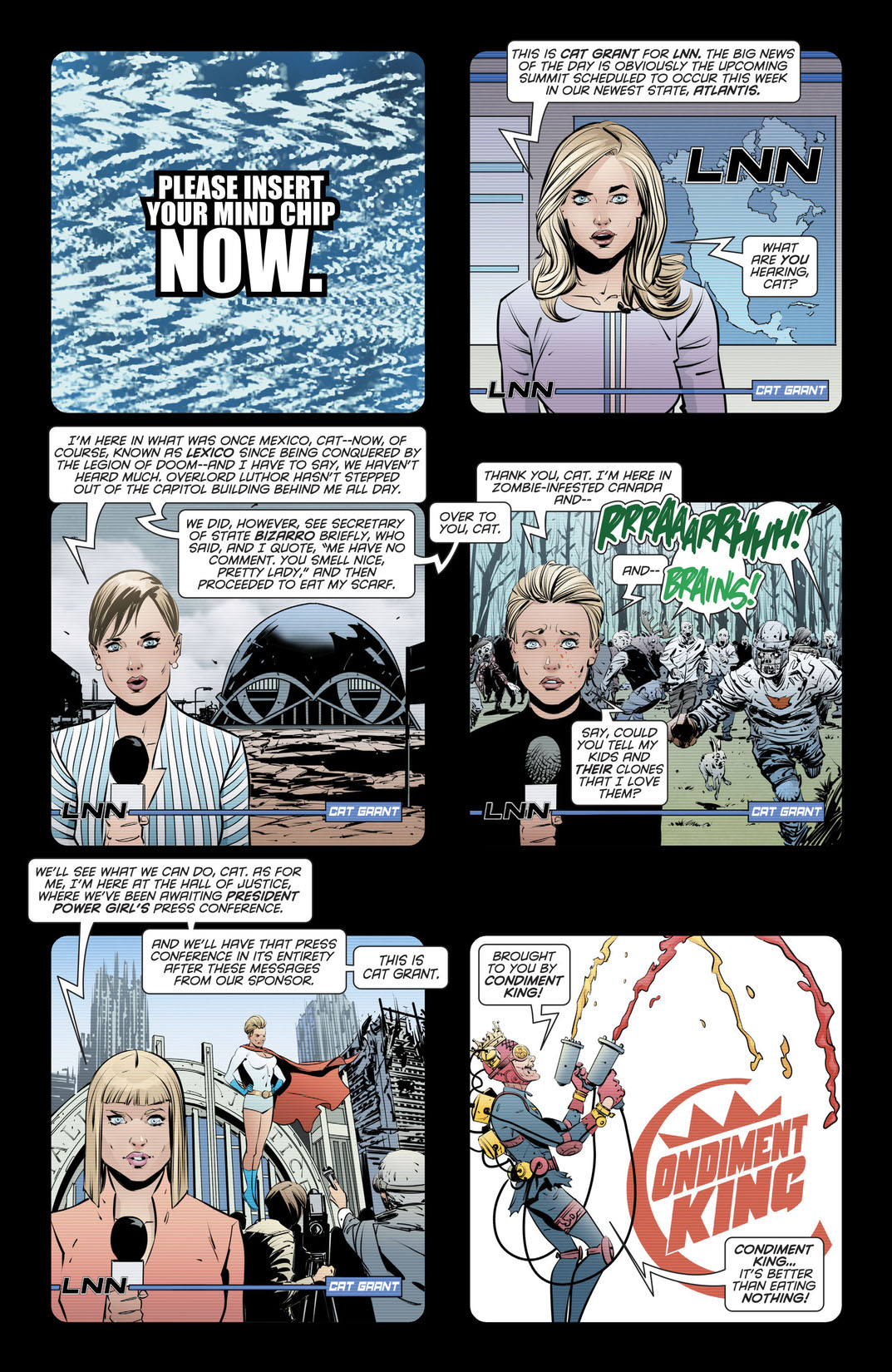 After liberating New York City from her now-feral Gang of Harleys, poor Harley wants nothing more than to slip back into retirement in her coastal (and heavily guarded) paradise. But the Laughing Boys Gang has another idea—they’ll follow her to the ends of the Earth, to drag her back to their leader! It can’t actually be...him! Right?! He couldn’t possibly still be alive, could he? After all...Harley killed him herself with her bare hands! Should she turn to President Power Girl for help? Or flee to the 51st state, Atlantis? Step into an insane vision of a future DC Universe we all better hope we don’t live to see!