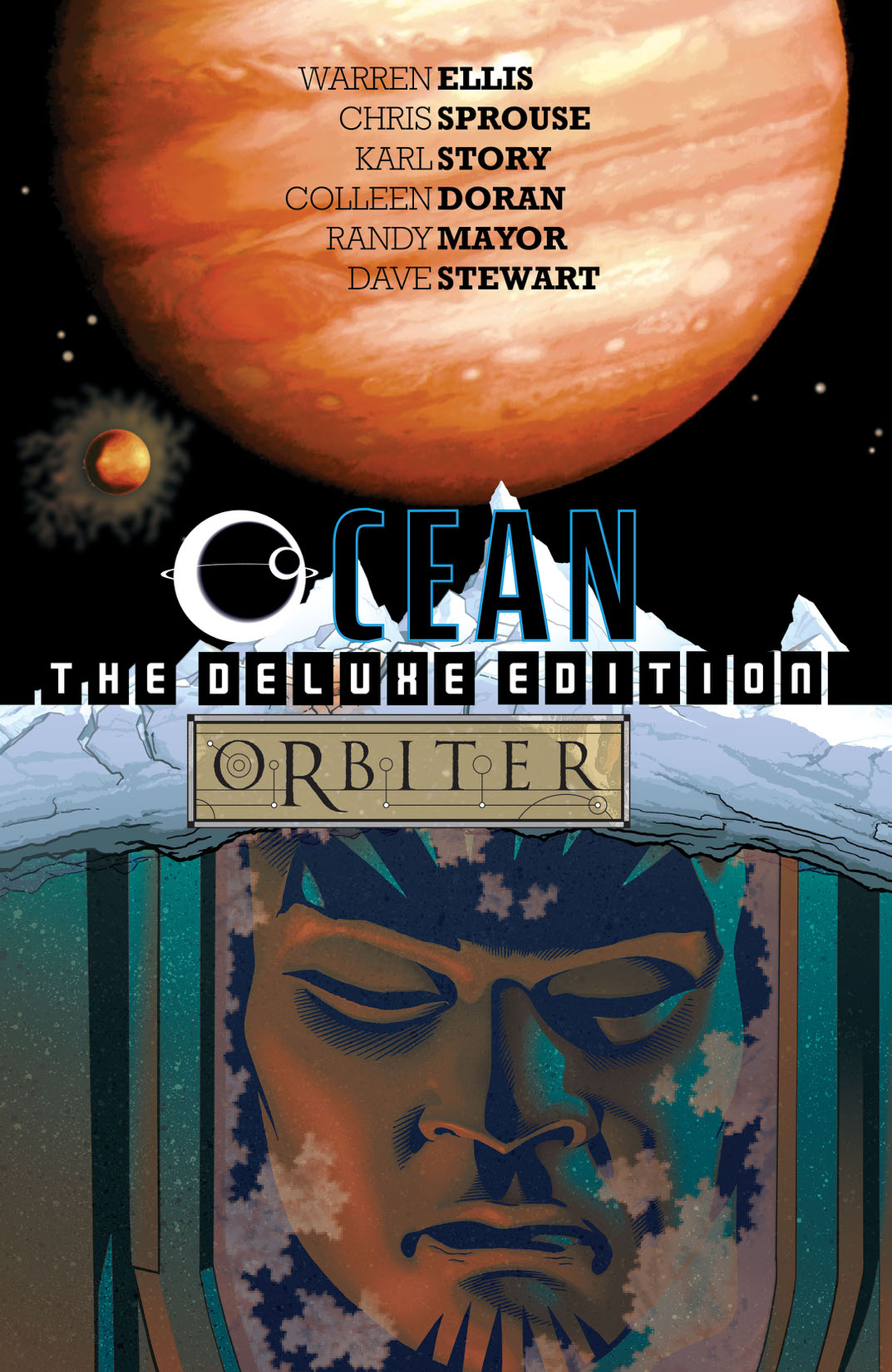 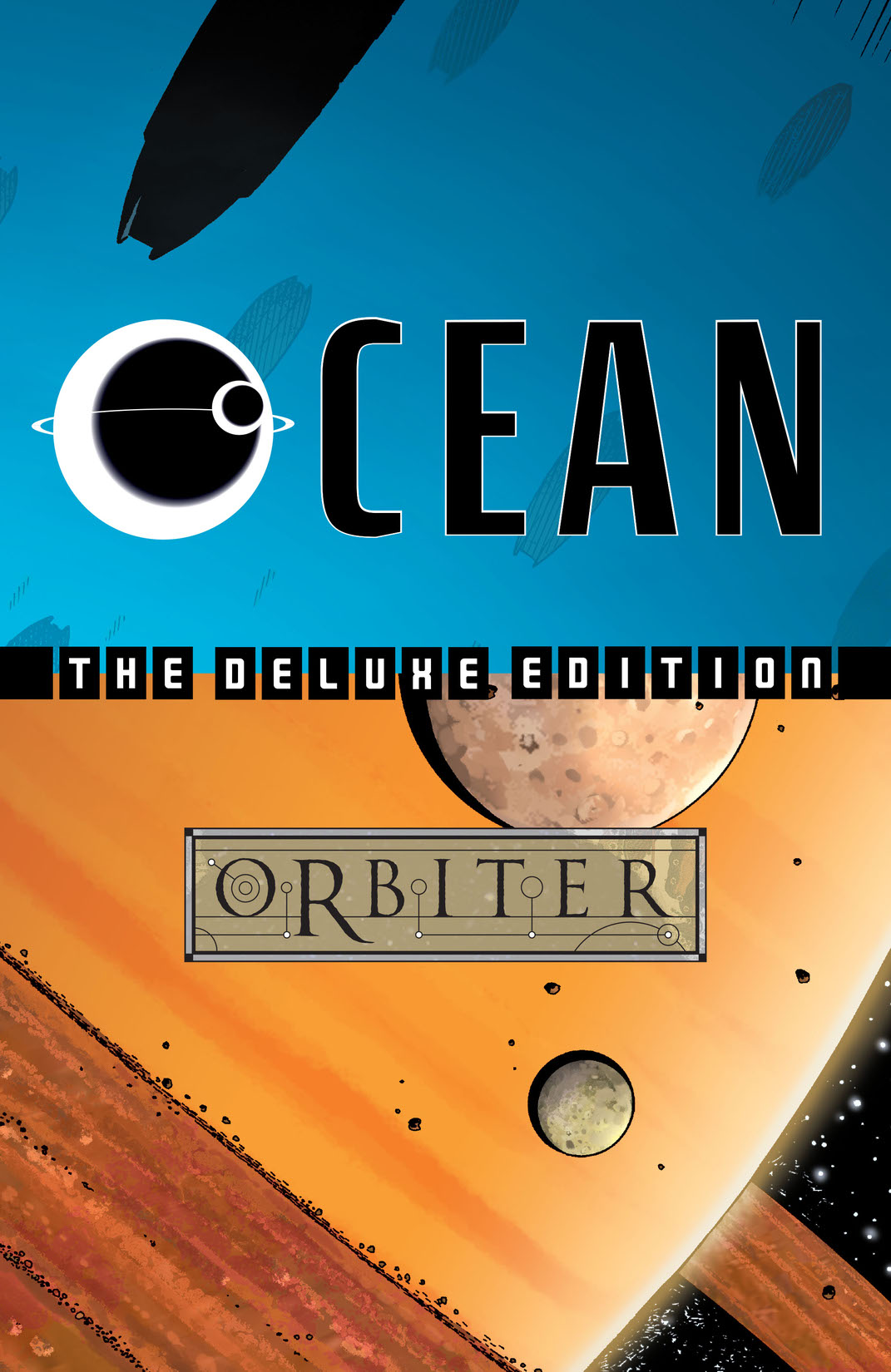 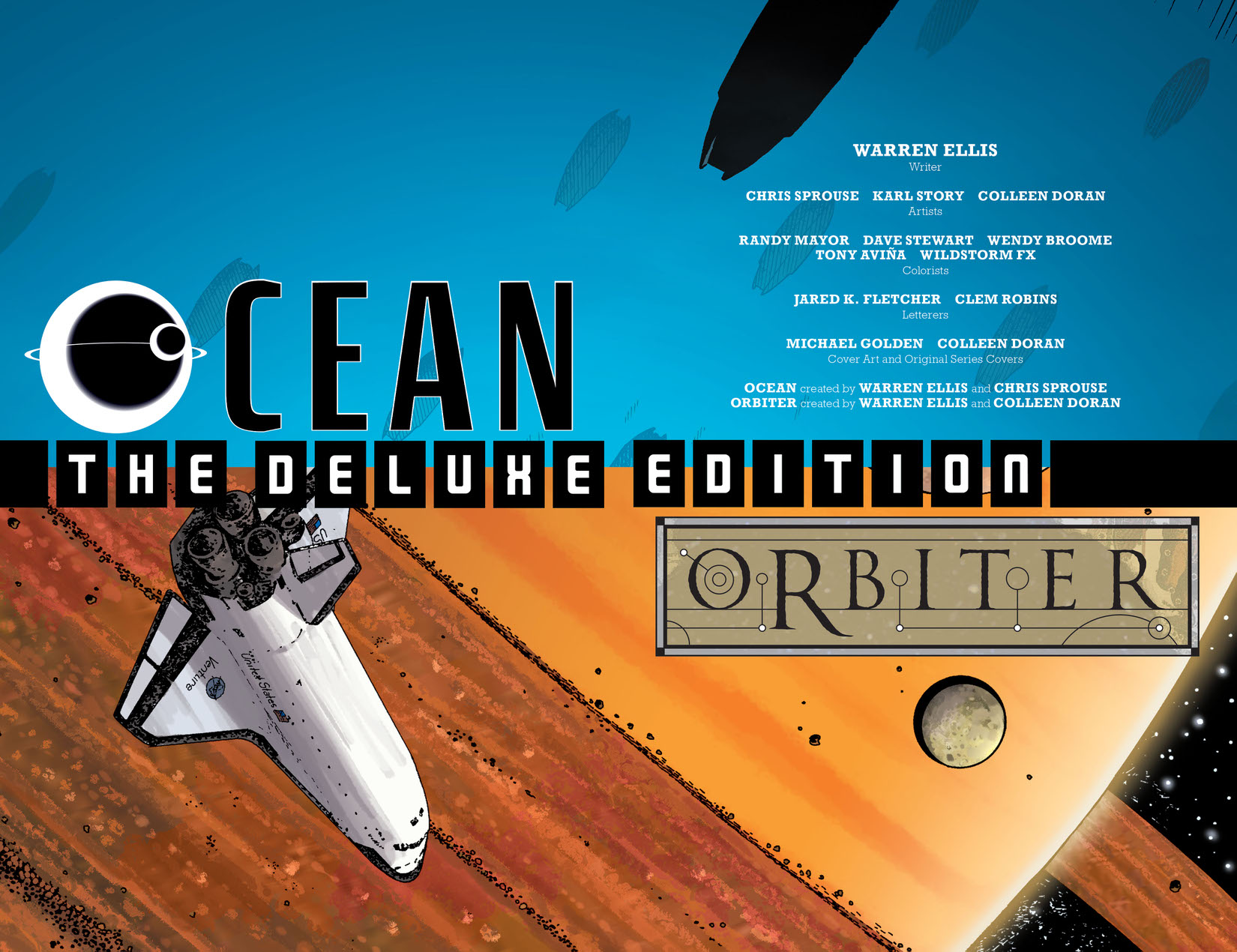 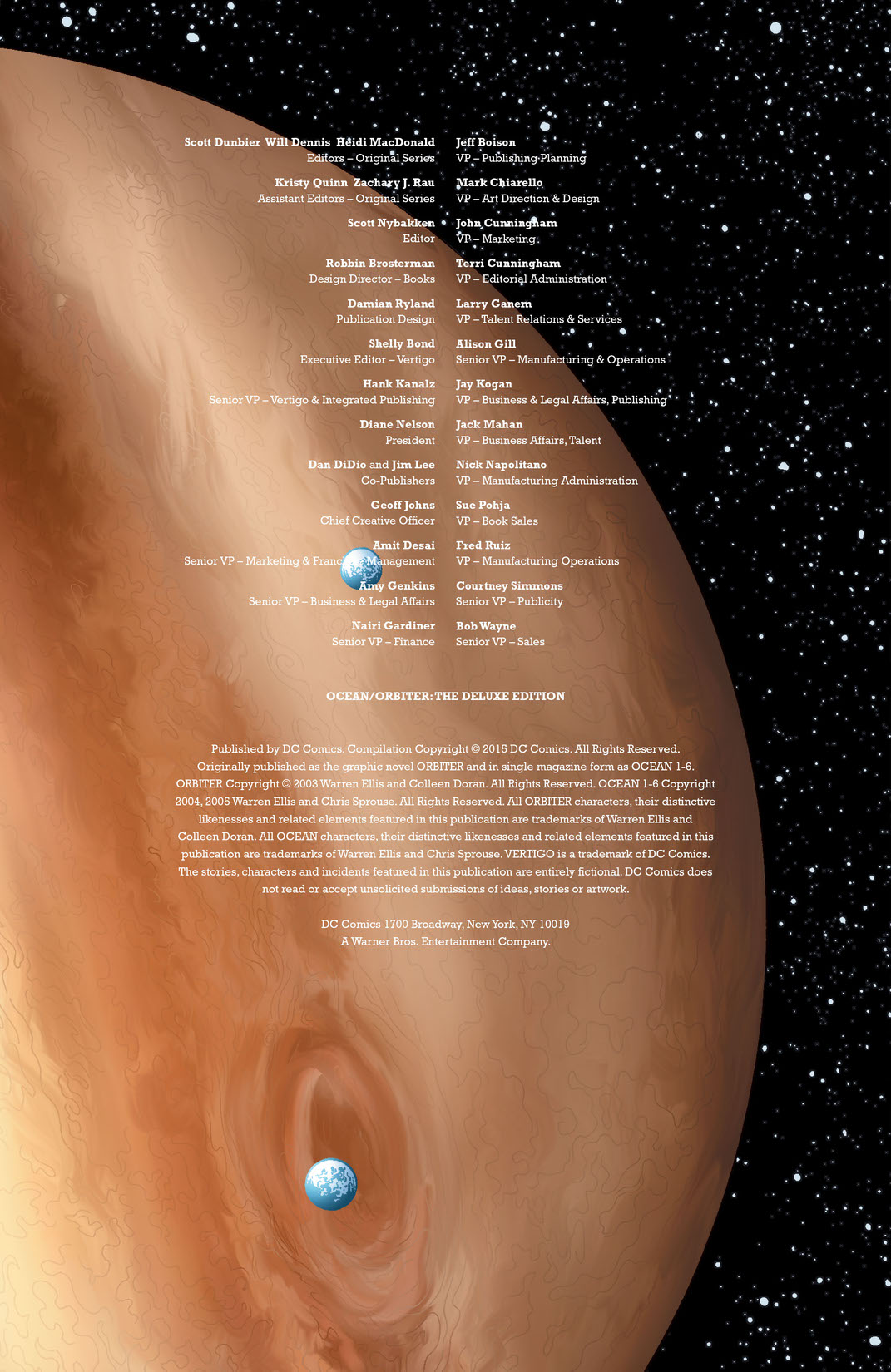 Leaving the Earth is a dangerous business, and probably always will be. But in the long run, the greater danger is not leaving - something that legendary comics writer Warren Ellis makes vacuum-clear in this pair of suspense-filled space adventures, collected here for the first time in a single volume. In OCEAN, the acclaimed art team of Chris Sprouse and Karl Story joins Ellis for a journey to the research station Cold Harbor orbiting the Jovian moon Europa, where the discovery of ancient artifacts beneath the frozen crust sets off a power struggle that threatens to expand into a full-scale holocaust for all of humanity. In ORBITER, Ellis and renowned artist Colleen Doran investigate the mystery of the space shuttle Venture, whose disappearance in orbit effectively ended the United Statesquote manned space program. When Venture reappears ten years later with new instrumentation, new engines, and an outer covering of something very much like human skin, a team of specialists must discover where she and her one surviving crew member have been - and how sand from Mars got in her landing gear. Complete with Ellis’s trademark blend of canny characterization and sterling storytelling, OCEAN/ORBITER: THE DELUXE EDITION also features an afterword from the author and a special section of preliminary art and character designs from Sprouse, Doran, and cover artist Michael Golden.