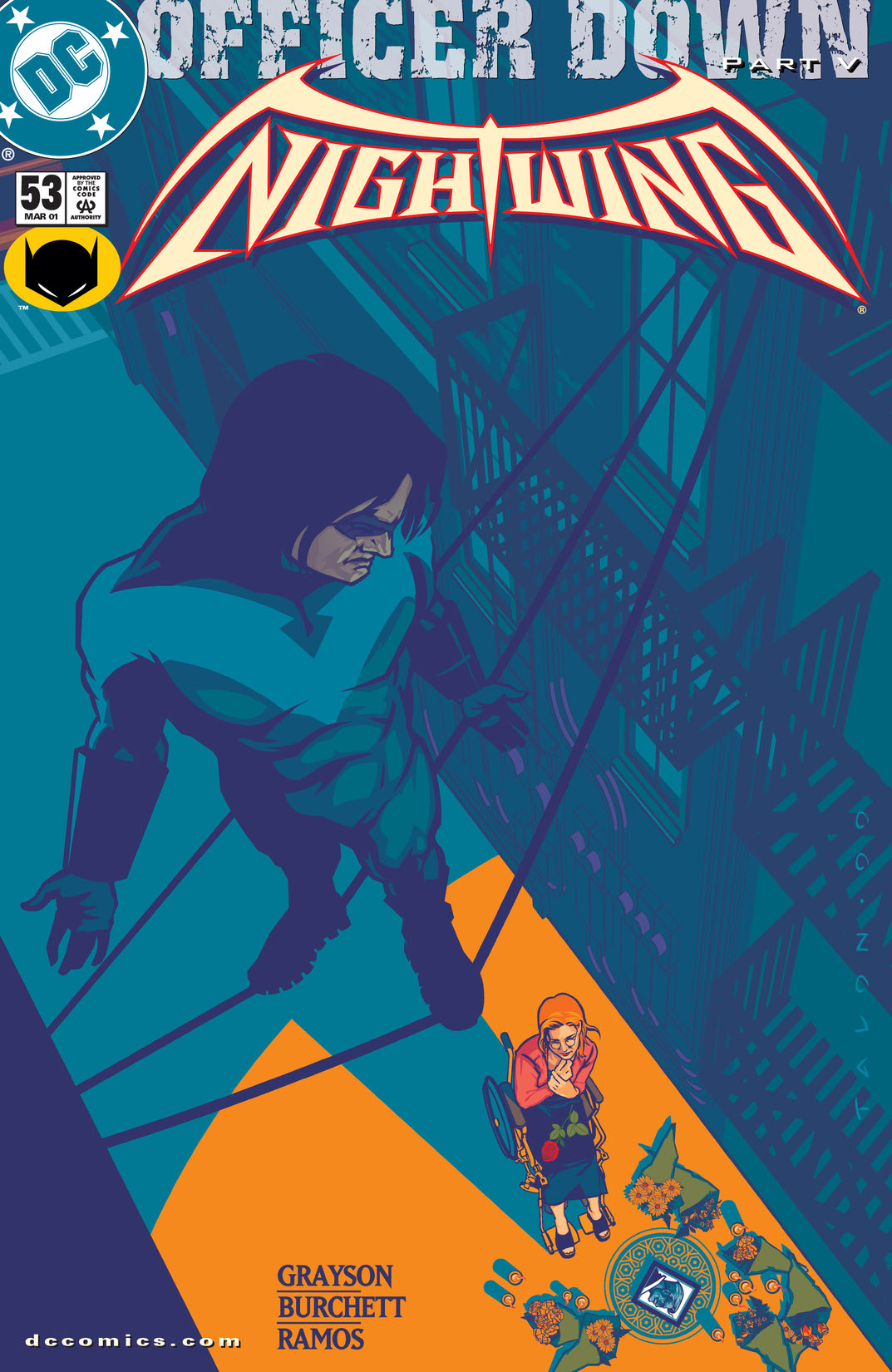 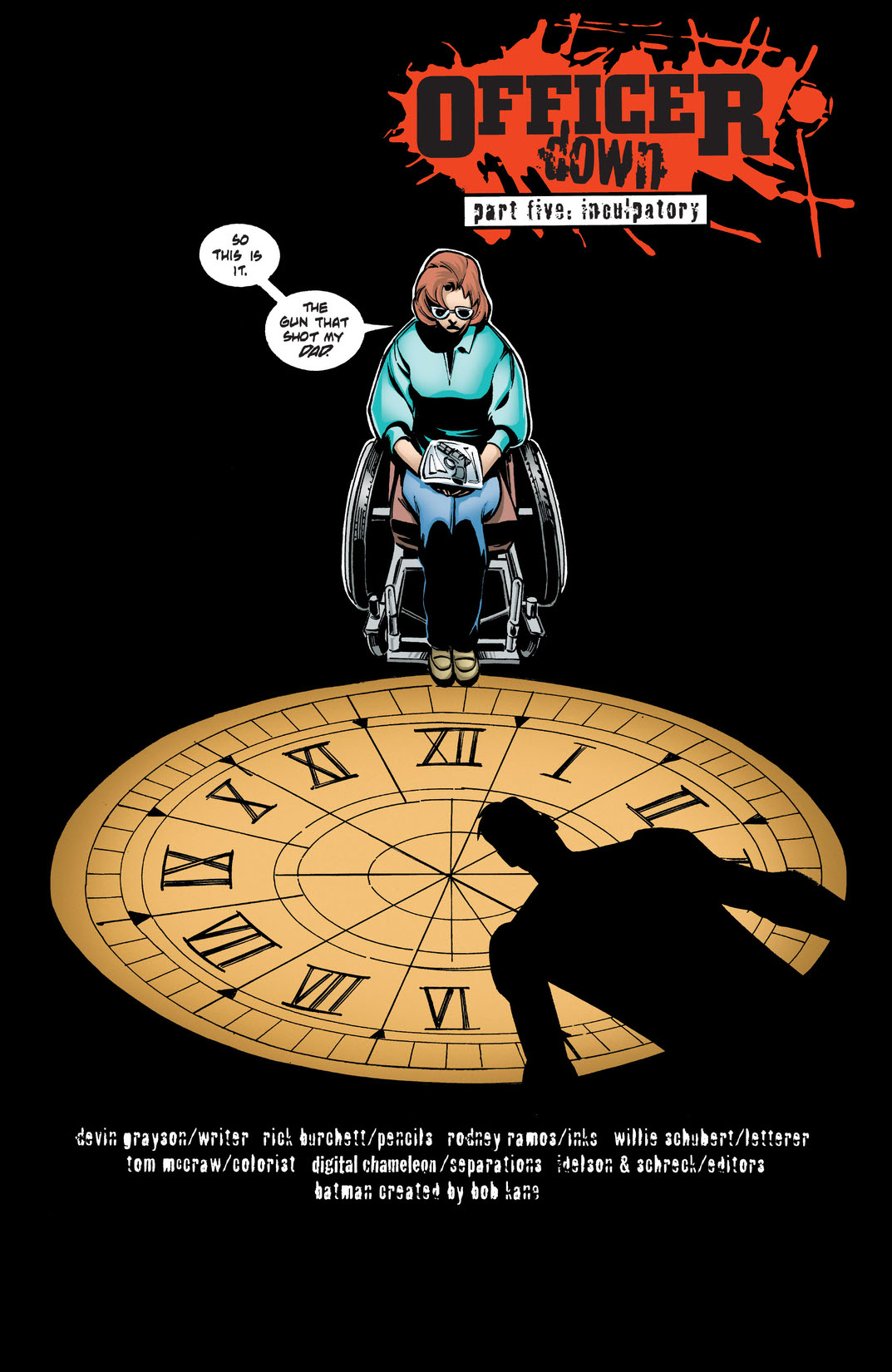 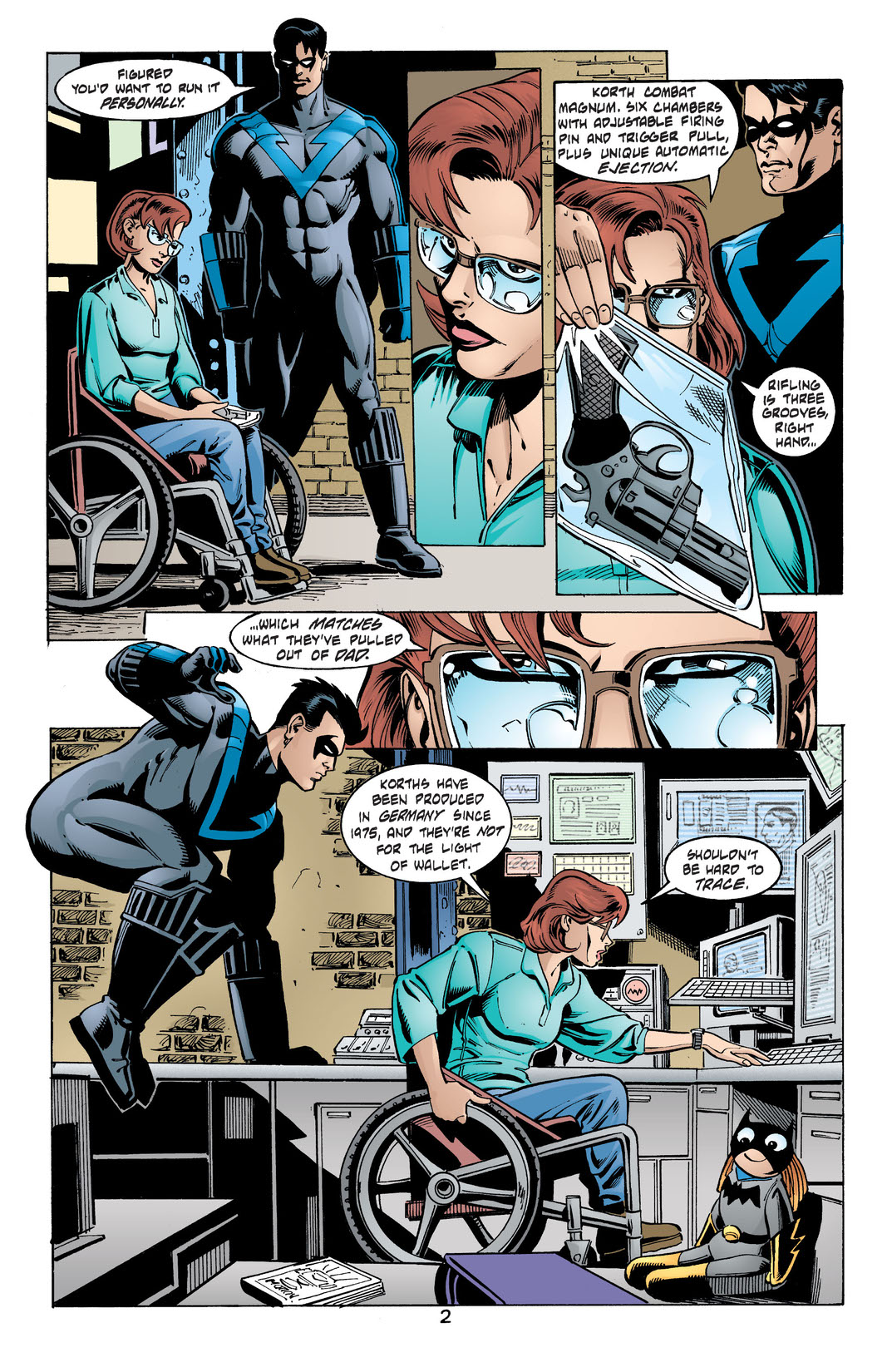 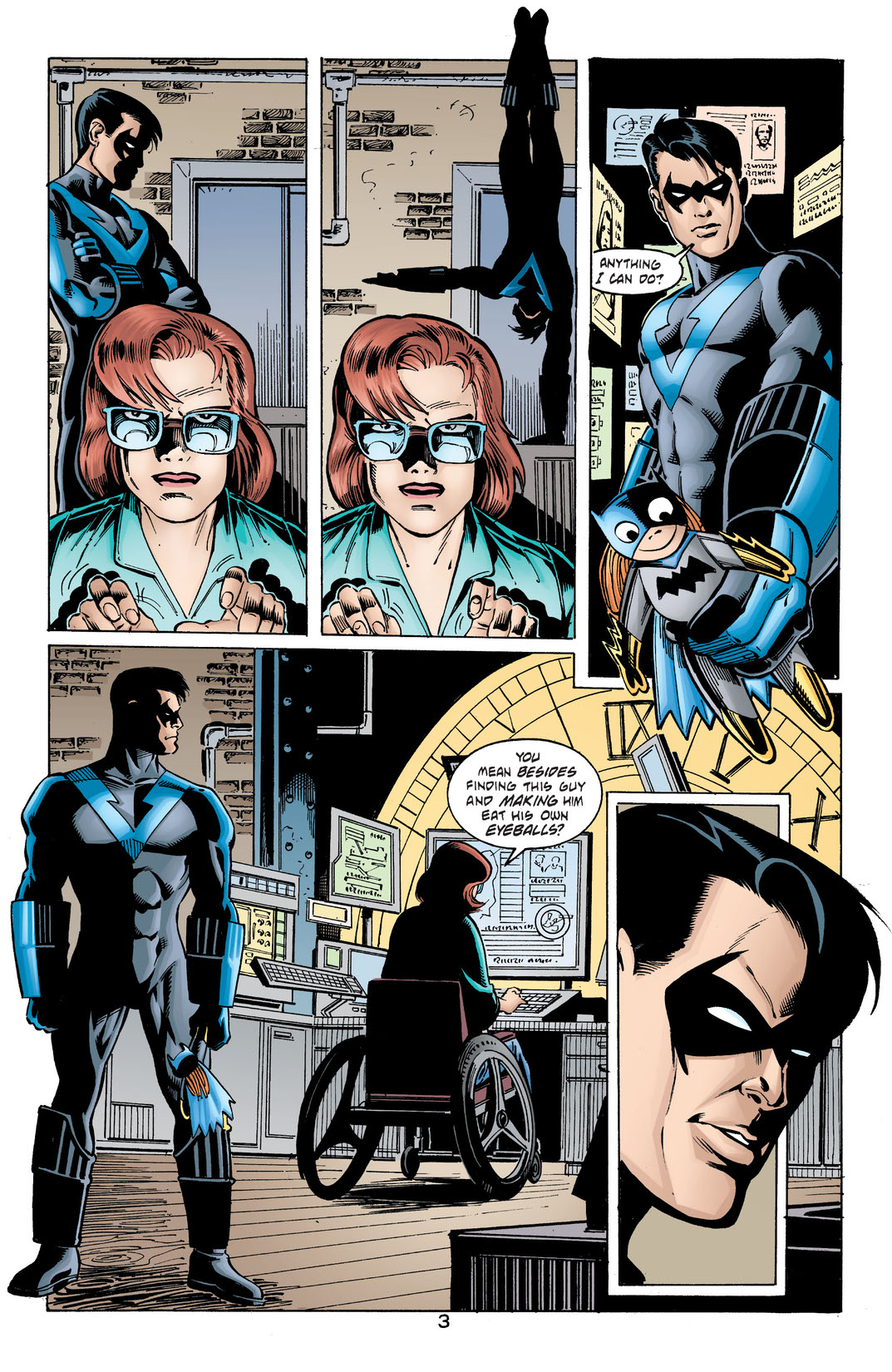 Officer Down" part 6, continued from CATWOMAN (1993-2001) #90. Oracle and Nightwing take the investigation into a new direction, but finding the answers may unleash in these heroes a darker aspect of themselves than they've ever faced before. And when the truth behind Gordon's assailant is revealed, Oracle ponders taking justice into her own hands! Continued in DETECTIVE COMICS (1937-2011) #754.