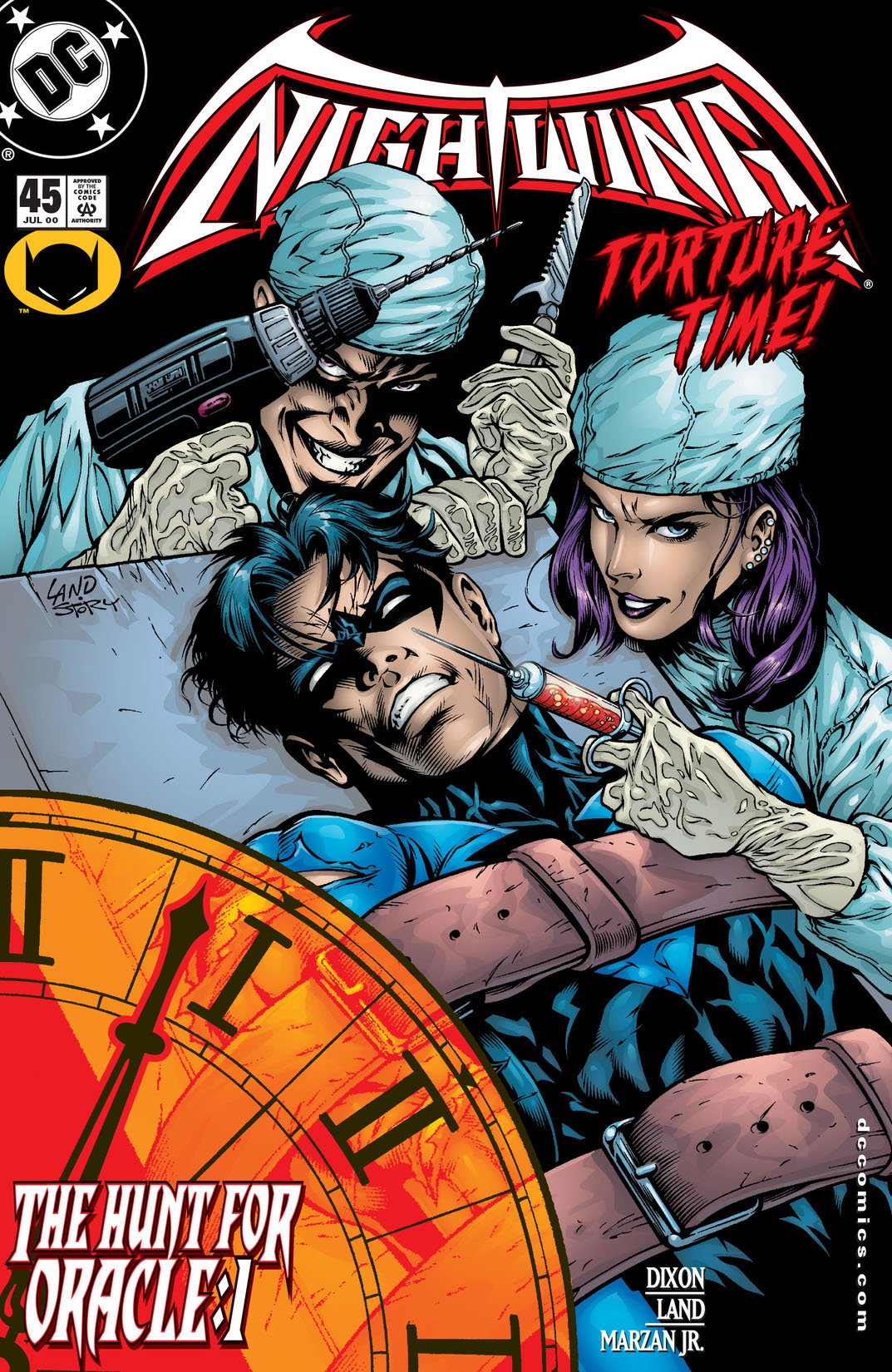 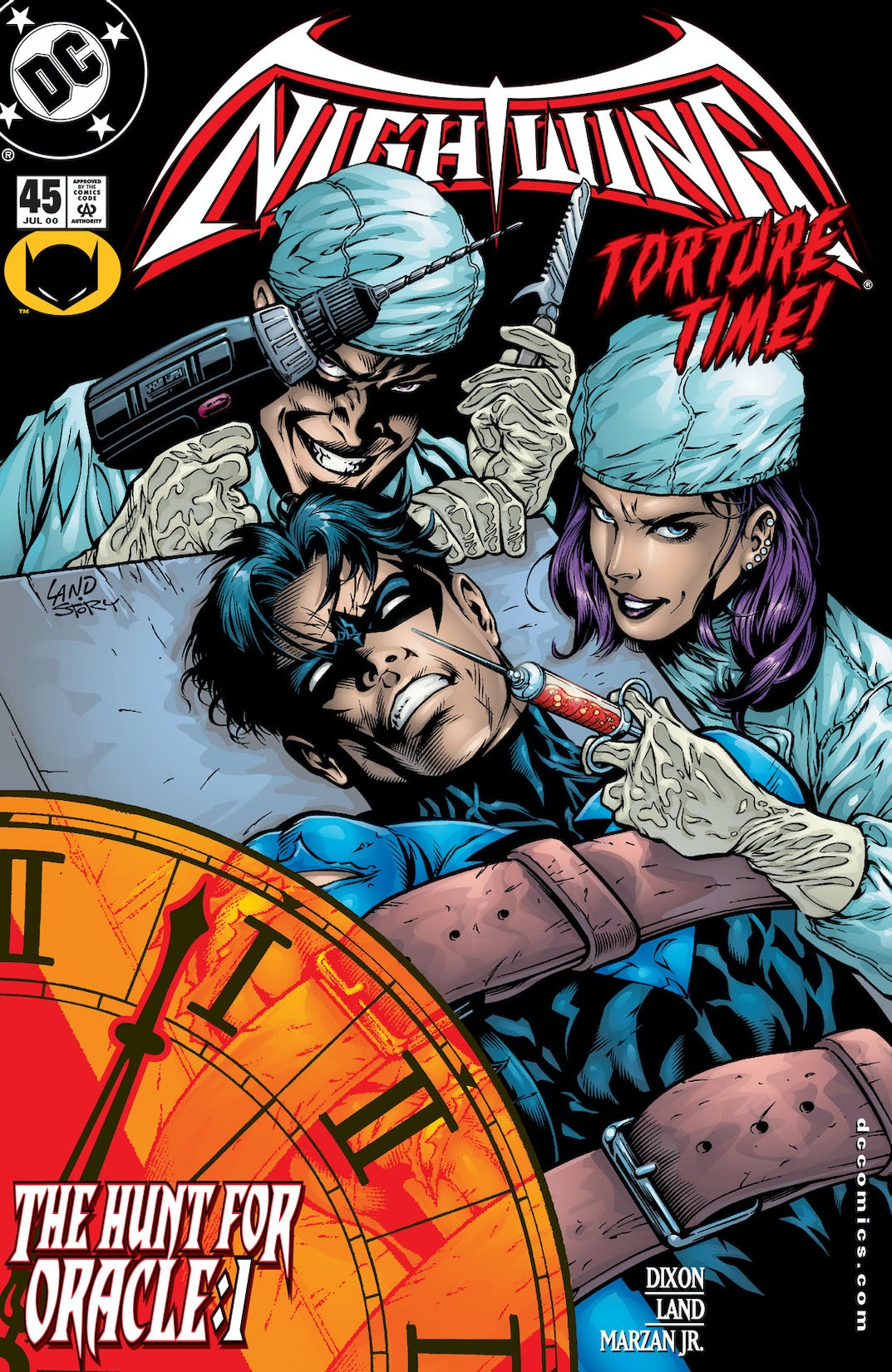 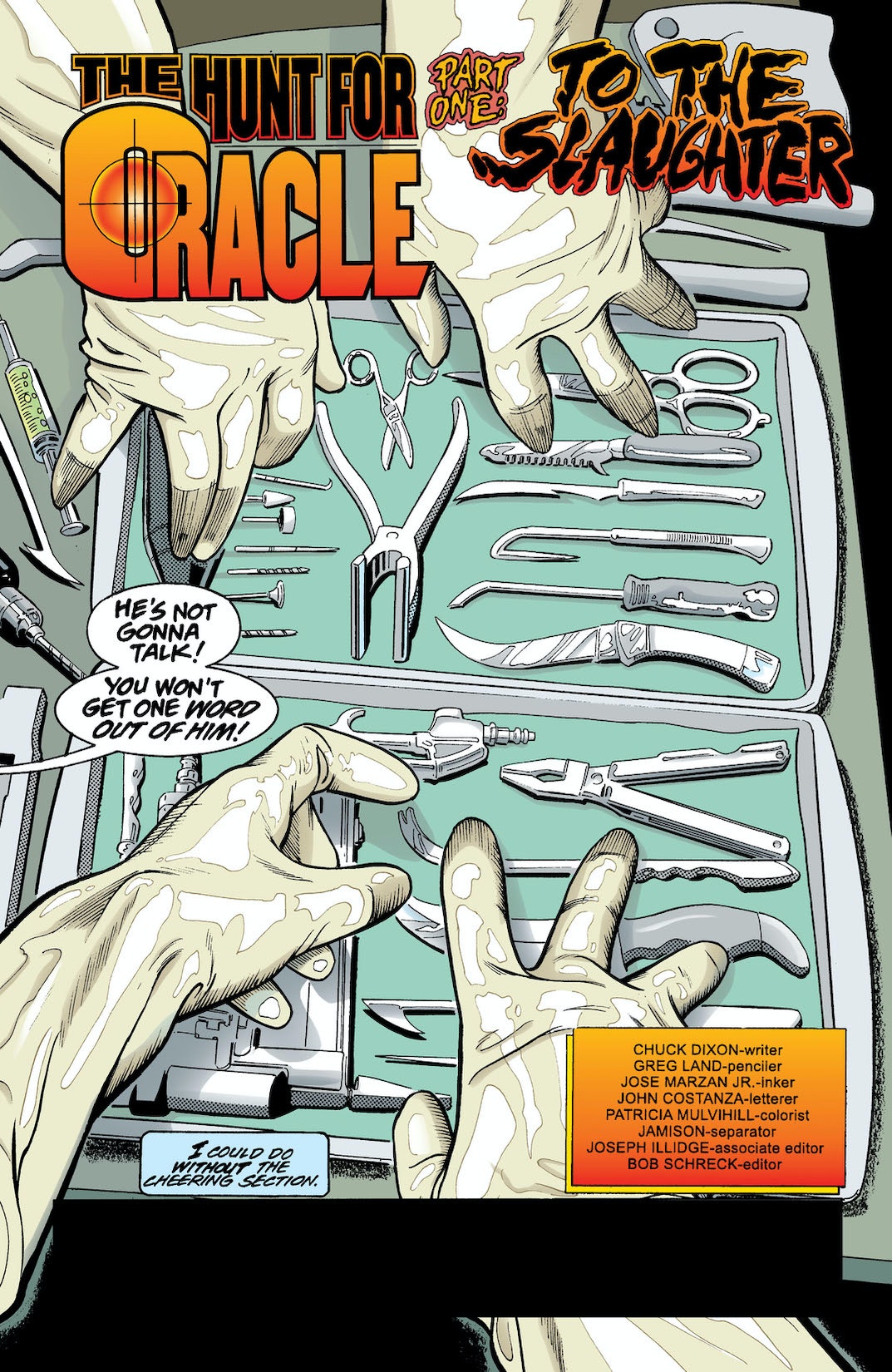 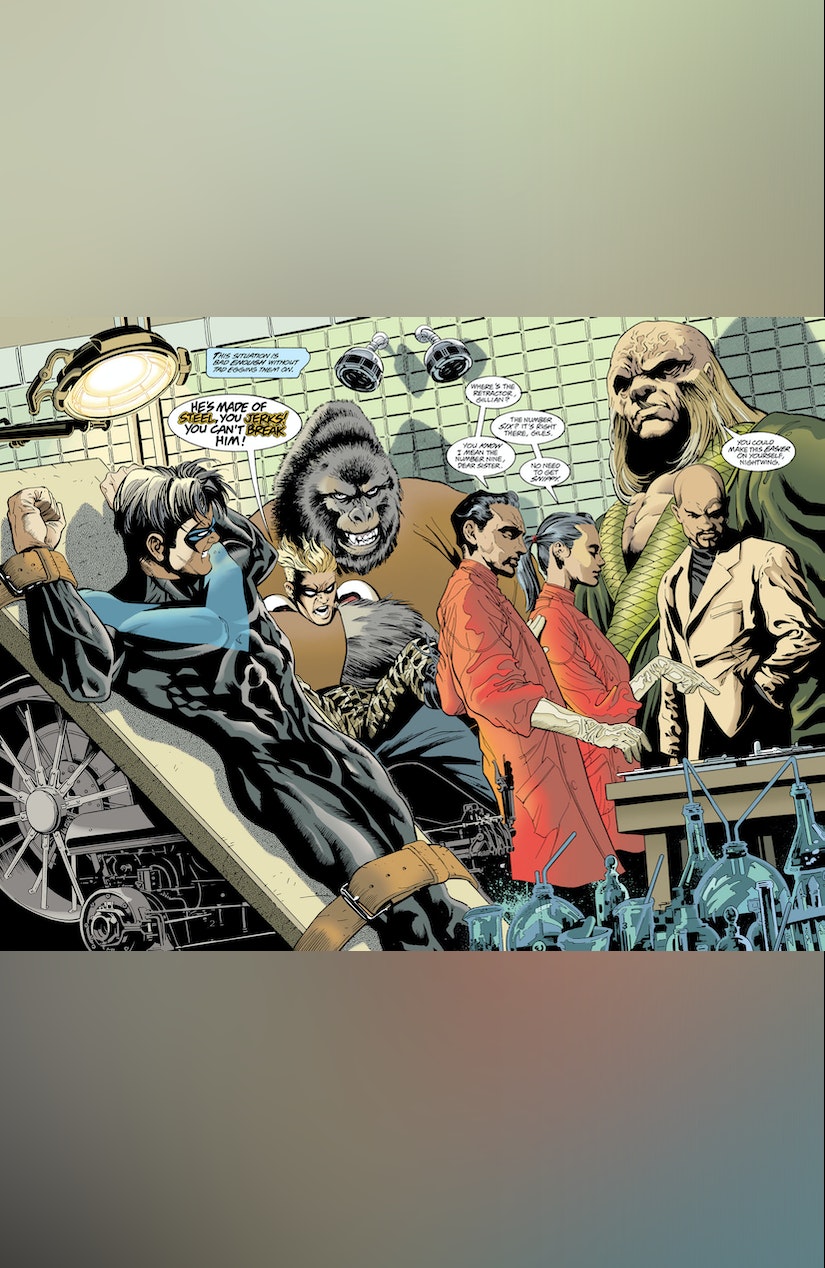 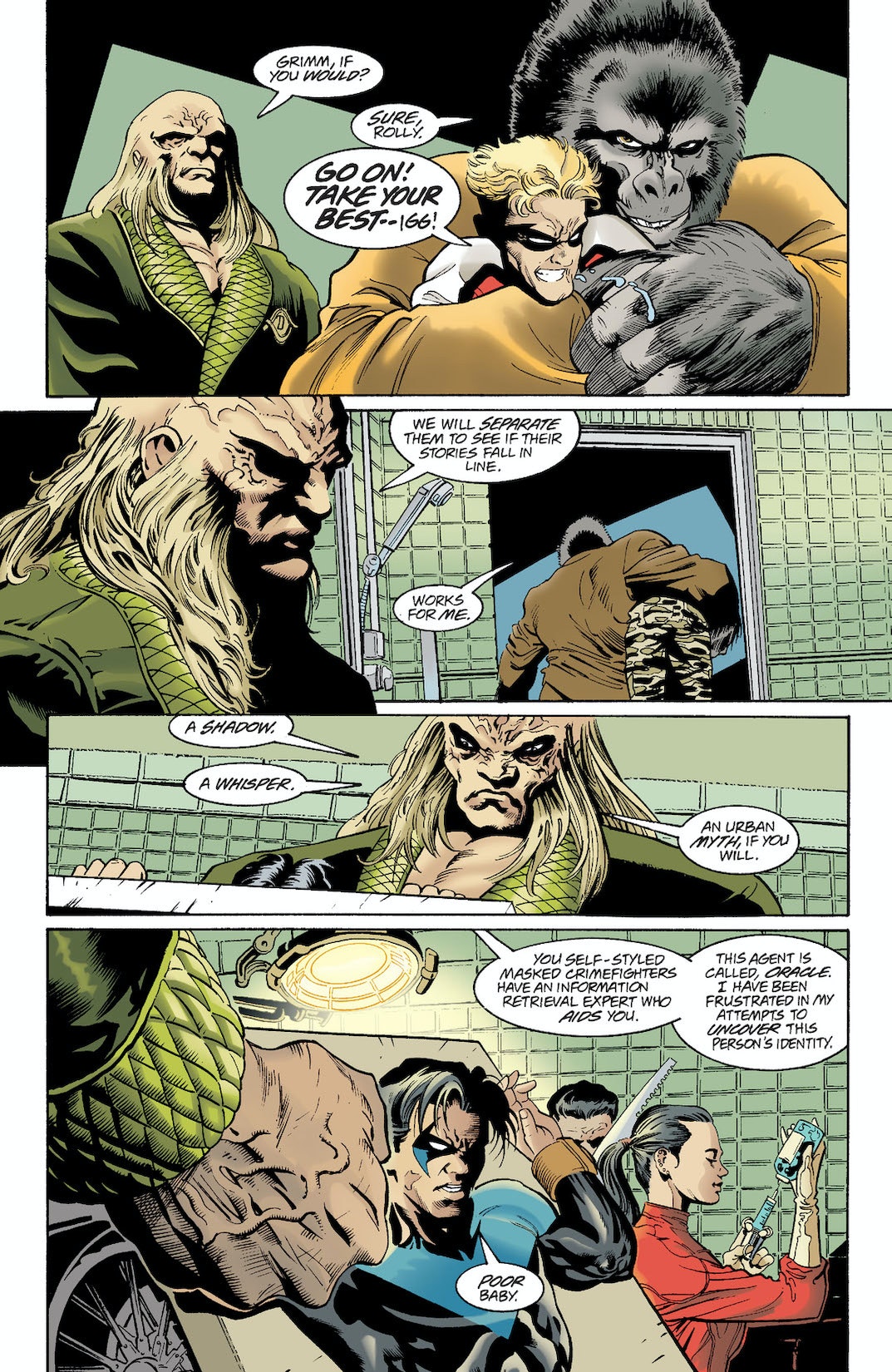 Hunt for Oracle' part 1! Blockbuster needs to get to Gorilla City...but he doesn't know where it is. Deciding to 'recruit' Oracle to his cause, he sends his brutal operatives after Nightwing to torture her location out of him. Continued in BIRDS OF PREY (1999-2009) #20!