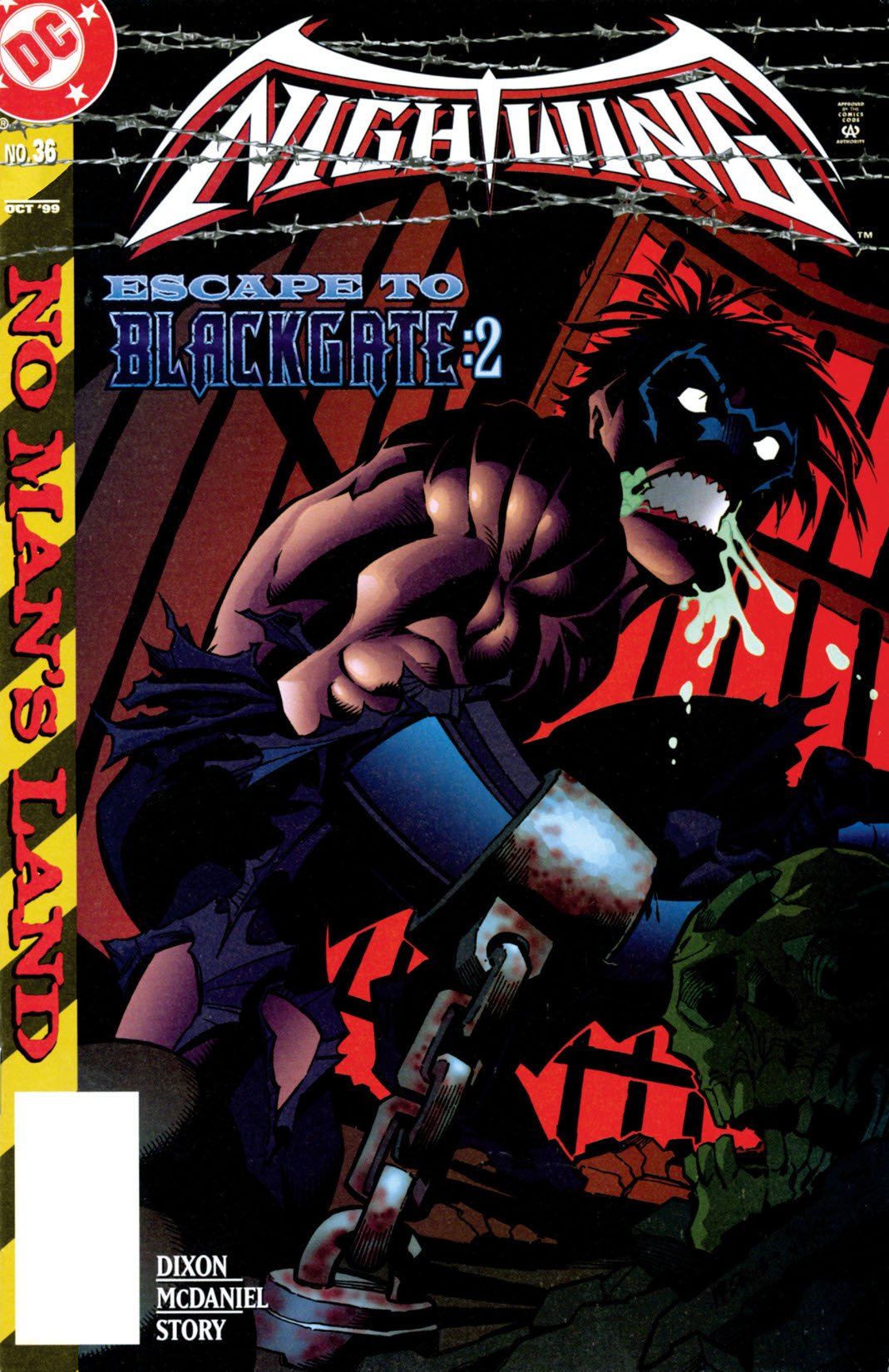 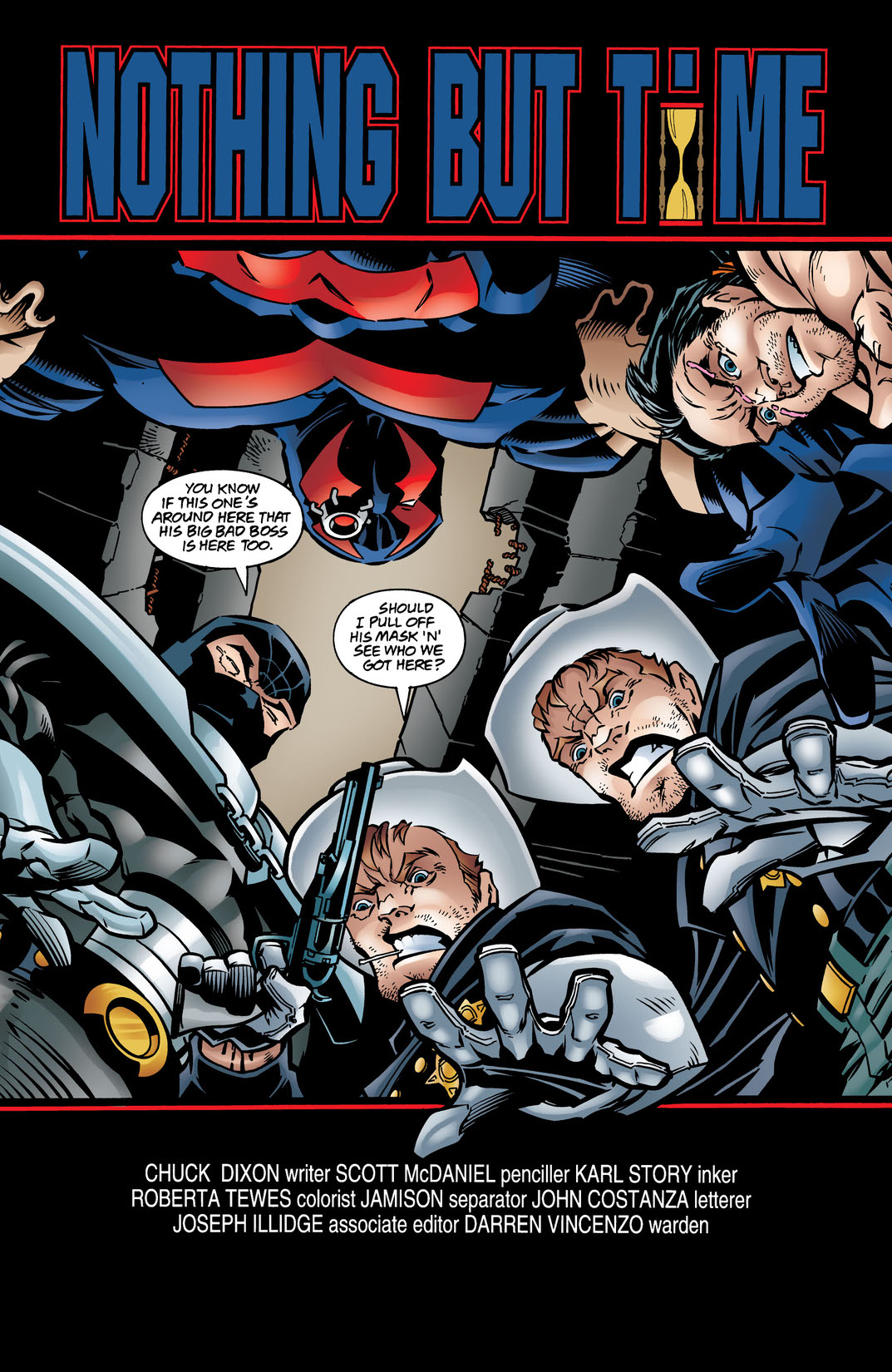 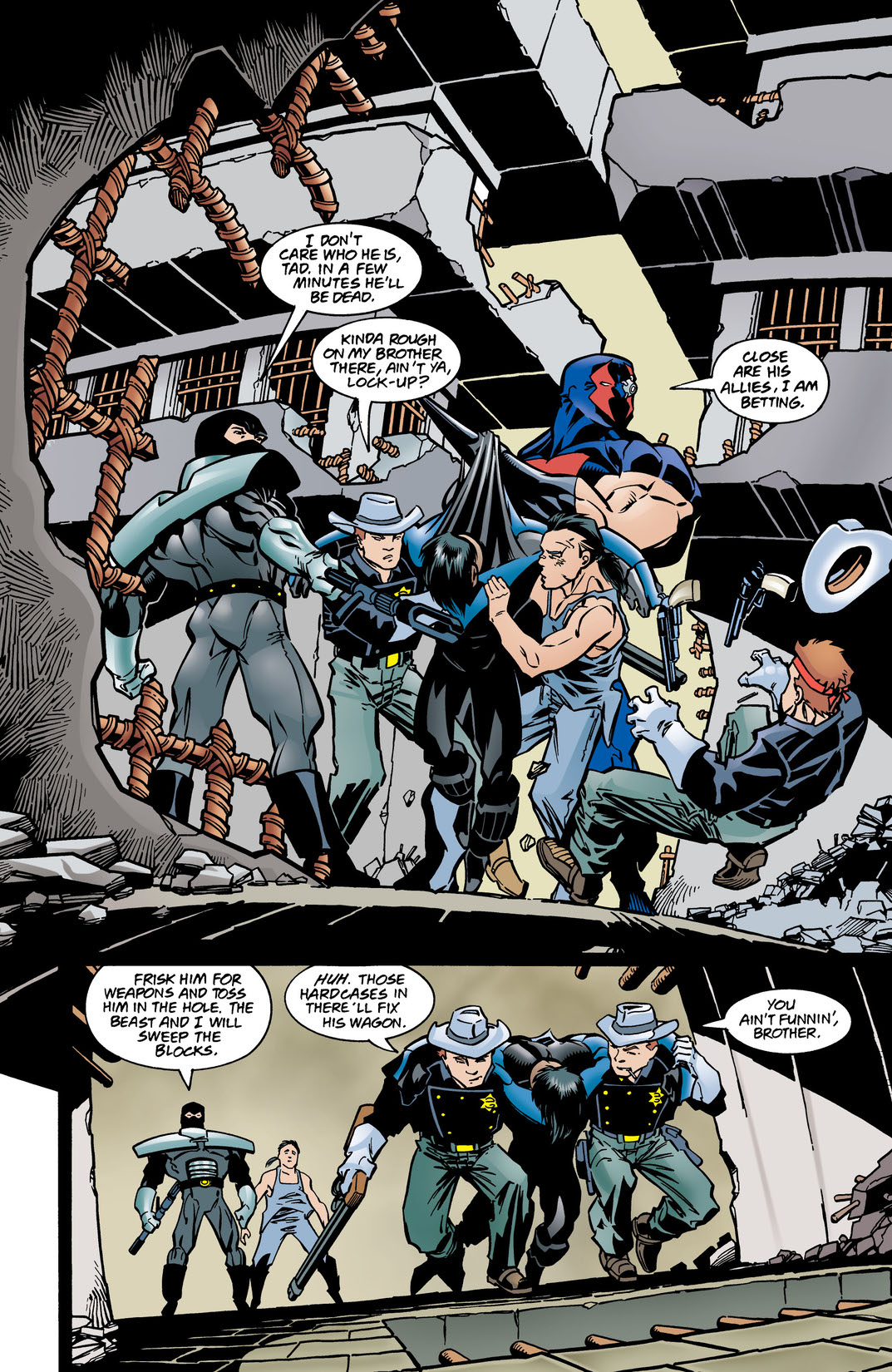 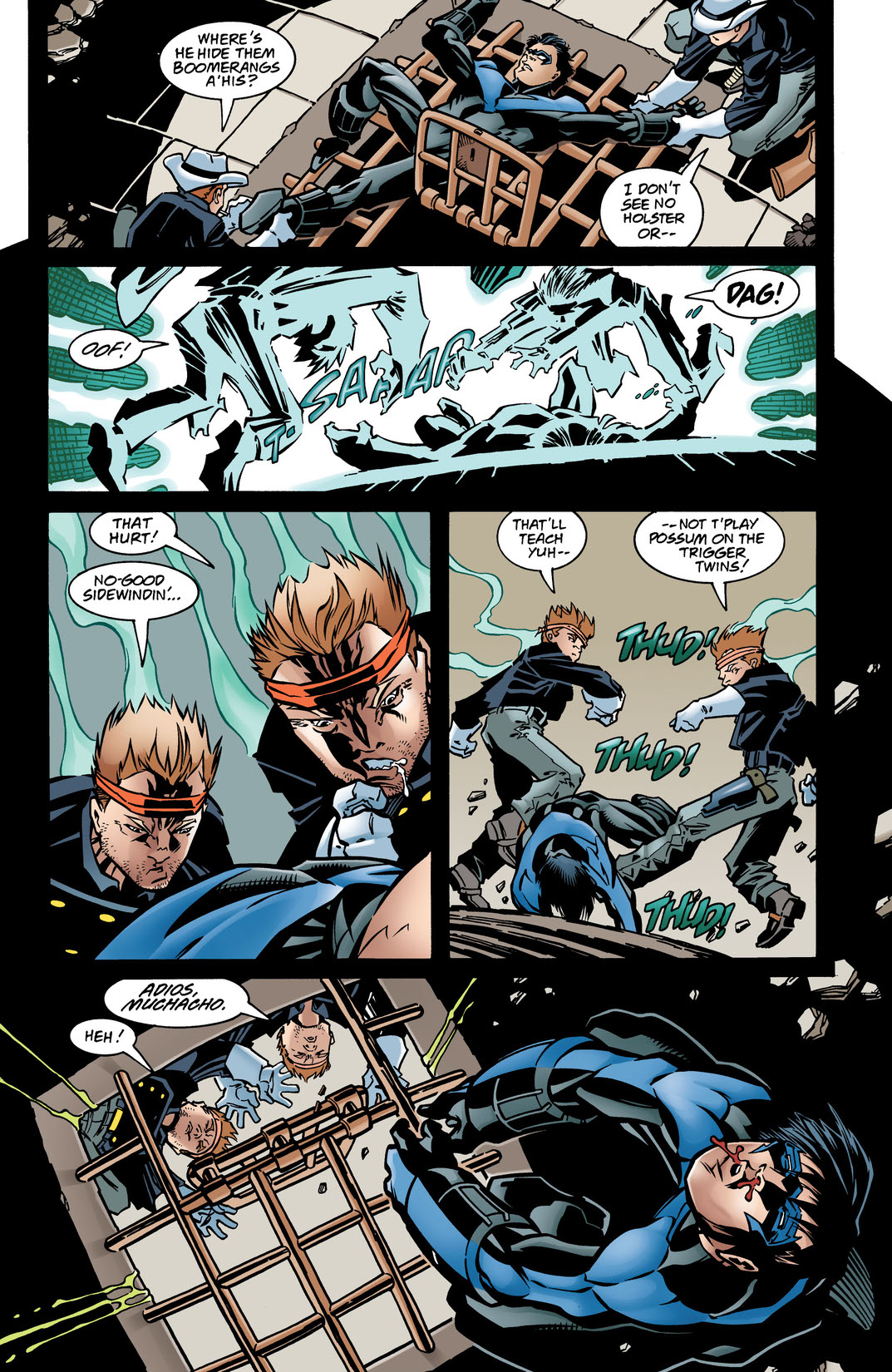 Trapped in the bowels of Blackgate, Nightwing must convince the other inmates to aid him in his escape. And, if he succeeds, he has to figure out what to do after he's released dozens of Gotham City's most insane and deadly costumed villains. 'Escape to Blackgate' part 2.