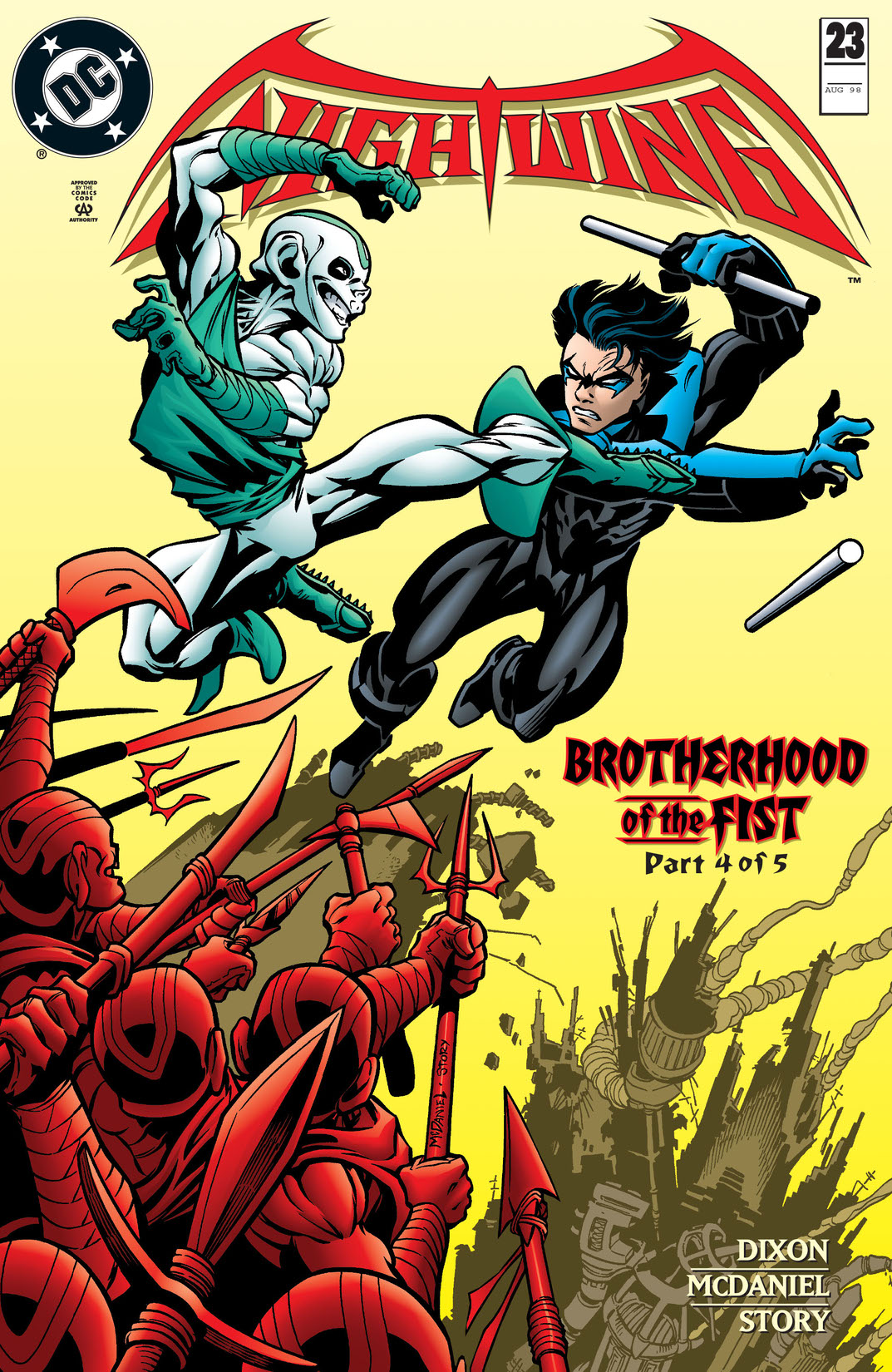 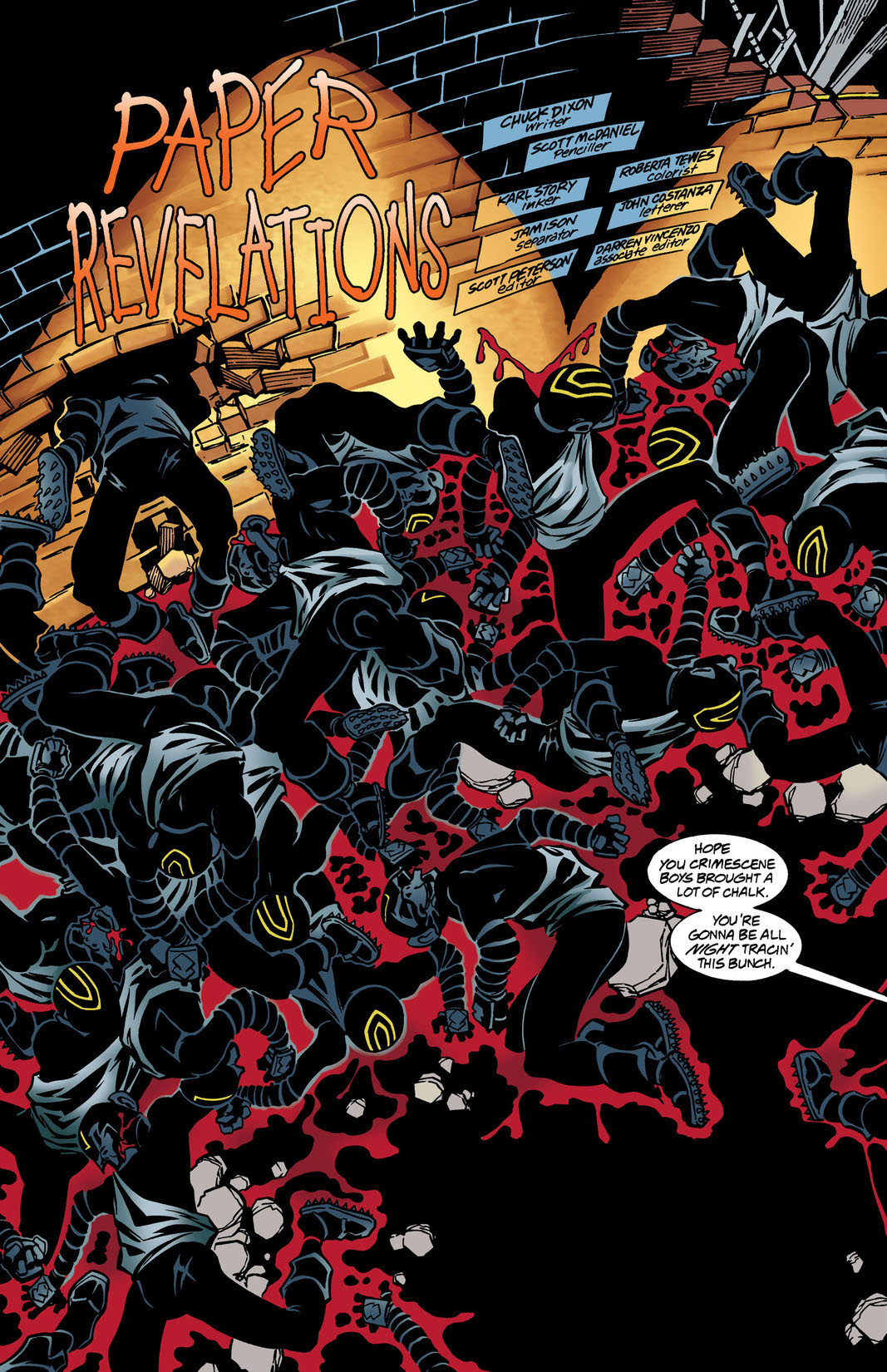 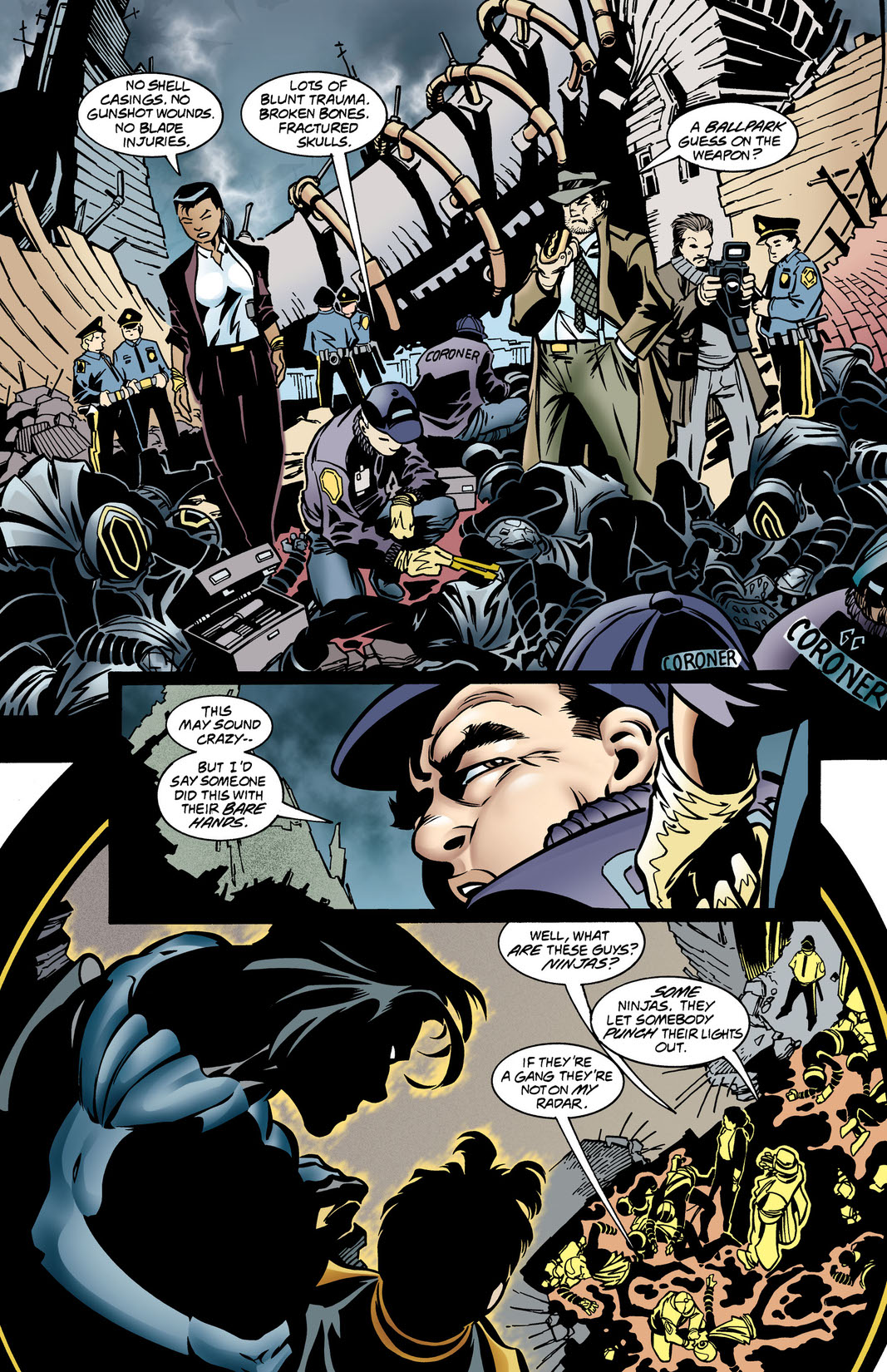 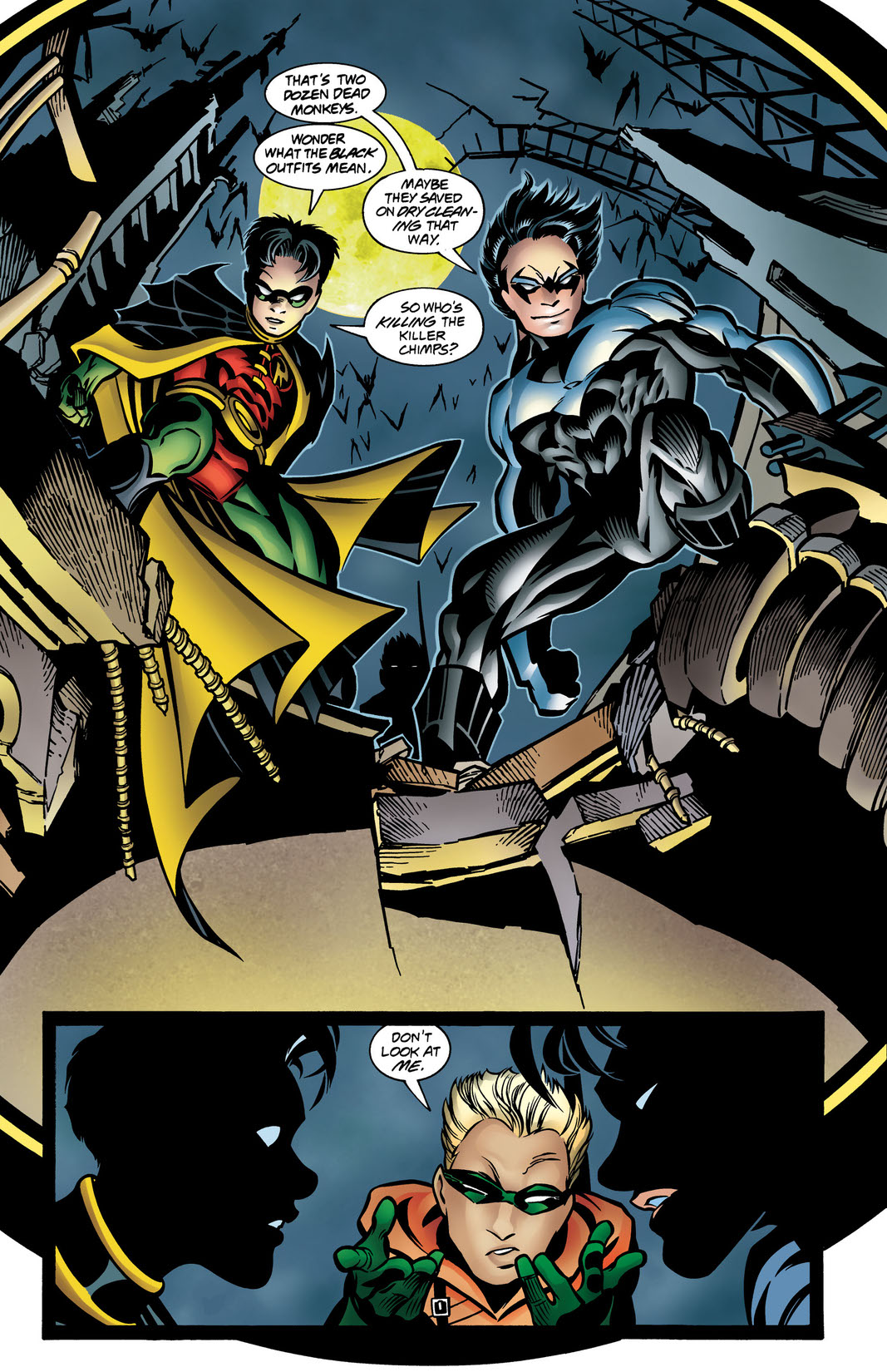 Brotherhood of the Fist' part 4, continued from ROBIN #55. Our heroes take the battle to the Monkey Cult's Gotham City lair. Against the backdrop of Cataclysm-ravaged Gotham the final battle begins as the Paper Monkey's identity is revealed! Continued in GREEN ARROW #135.