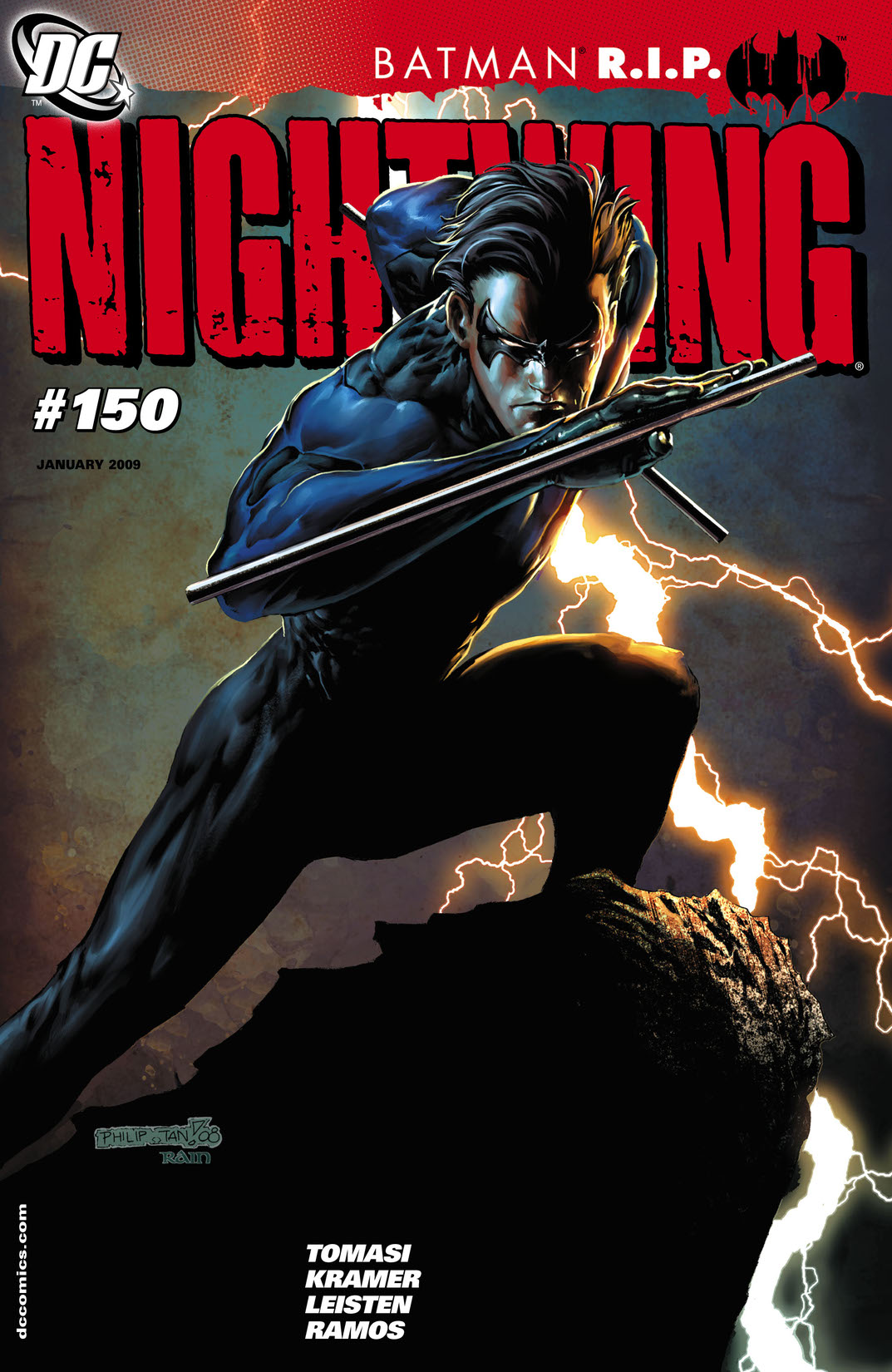 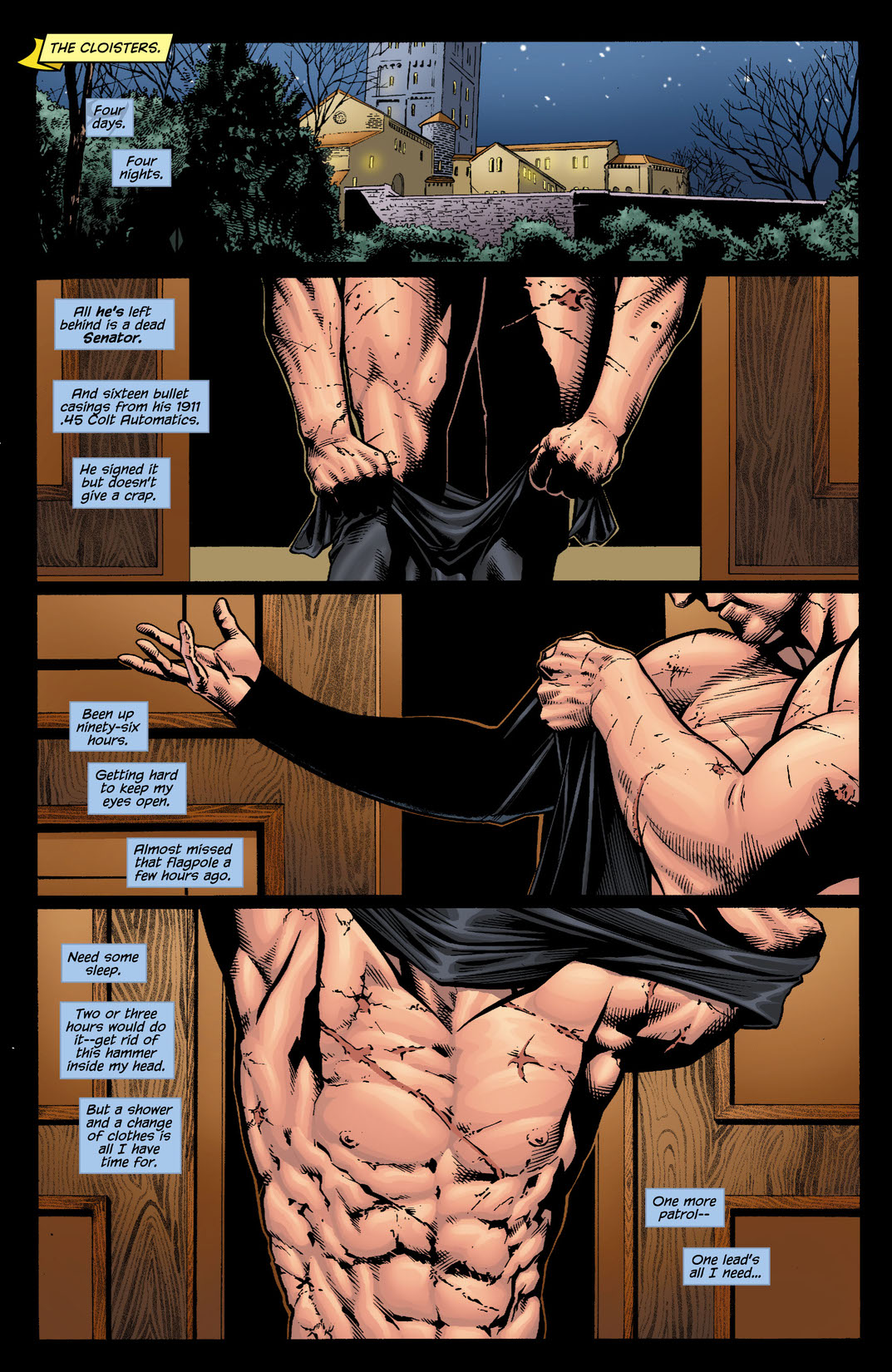 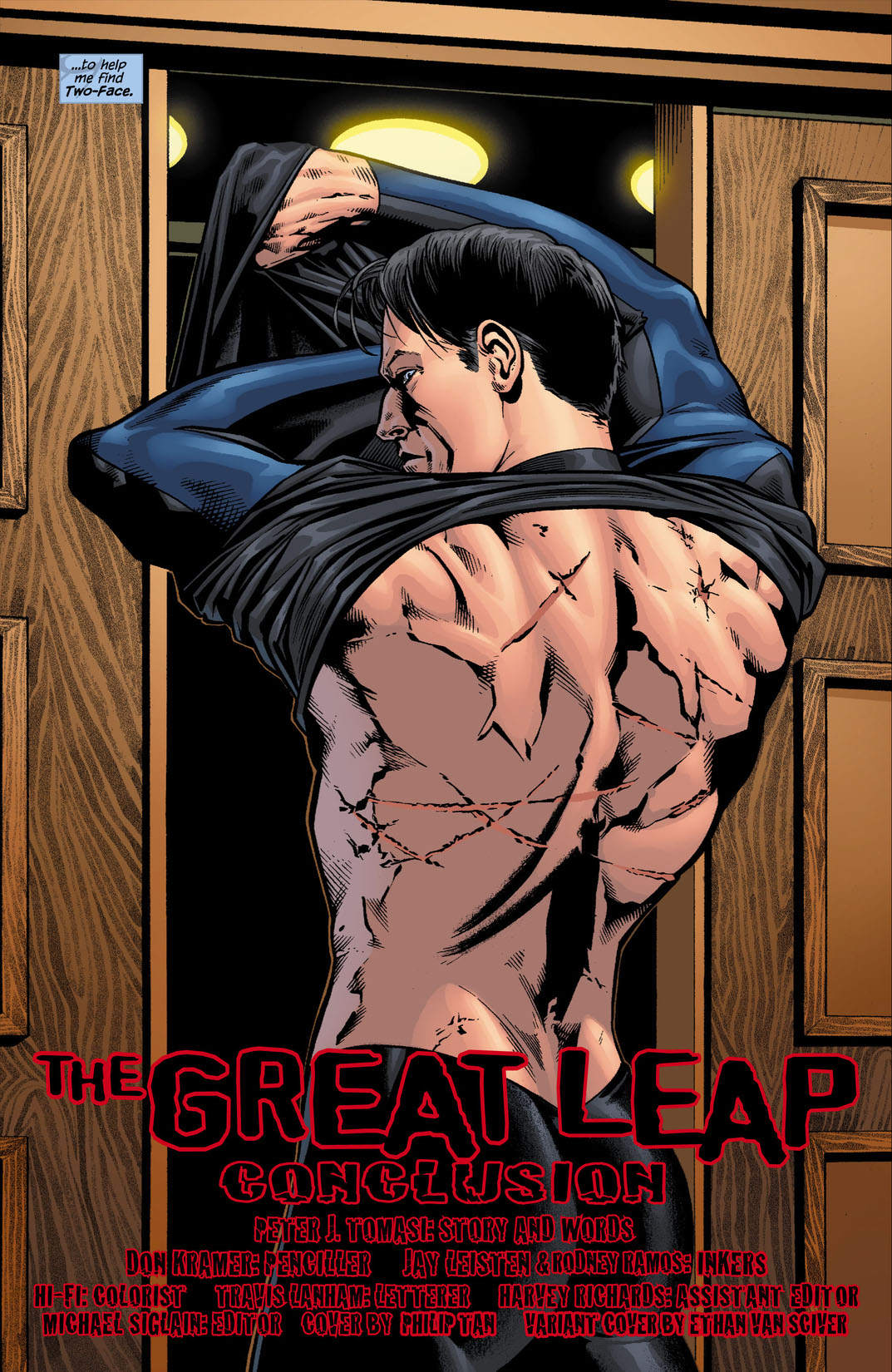 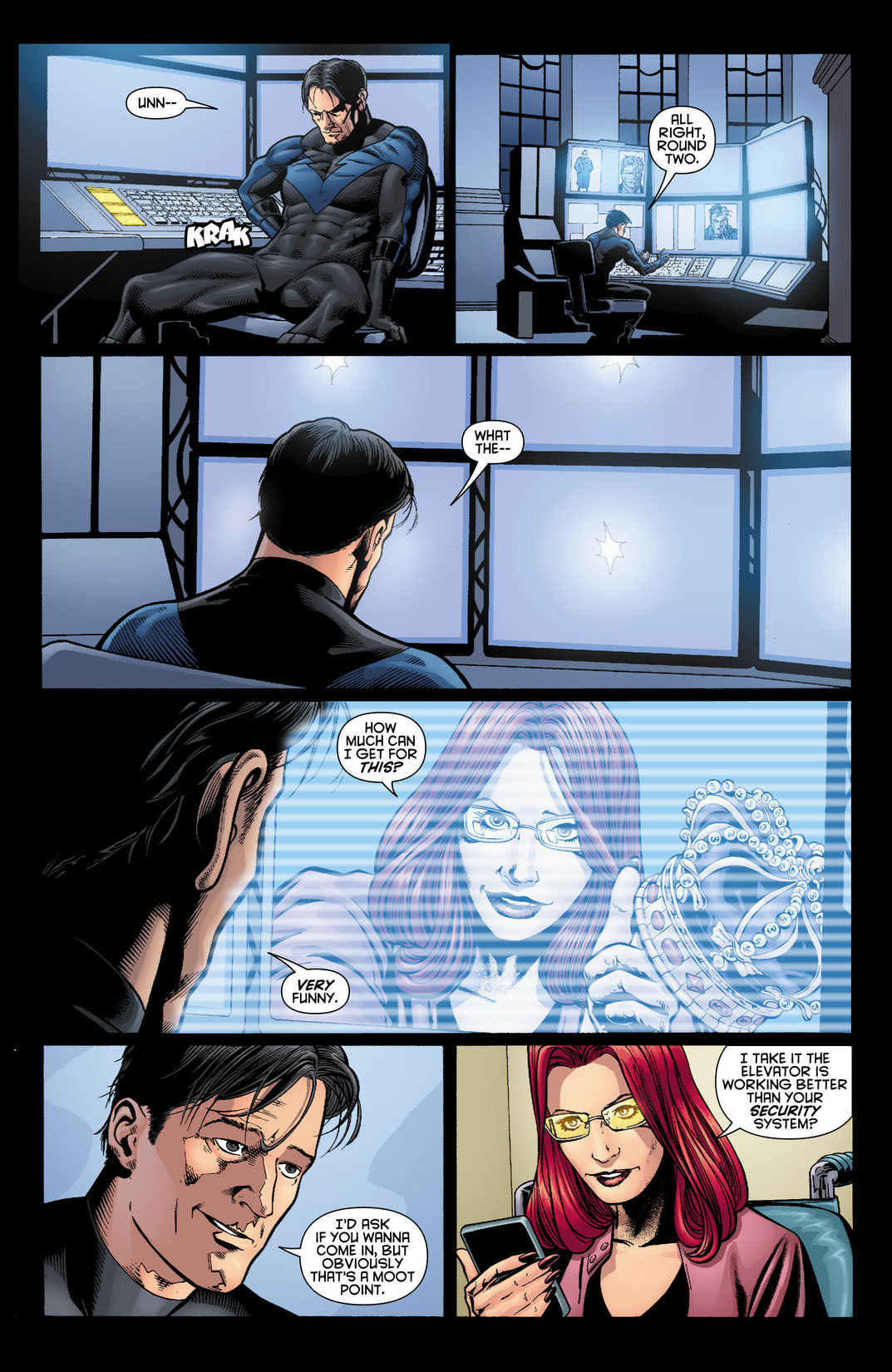 The Great Leap' part 4, a 'Batman R.I.P' tie-in. Special oversized issue! Believing Nightwing responsible for the death of an old flame, Two-Face has sworn his revenge upon Batman's first Robin and New York City itself. Armed with the same acid that turned him into Two-Face, Harvey Dent plans to scar half the population of New York to make them pay for his loss.