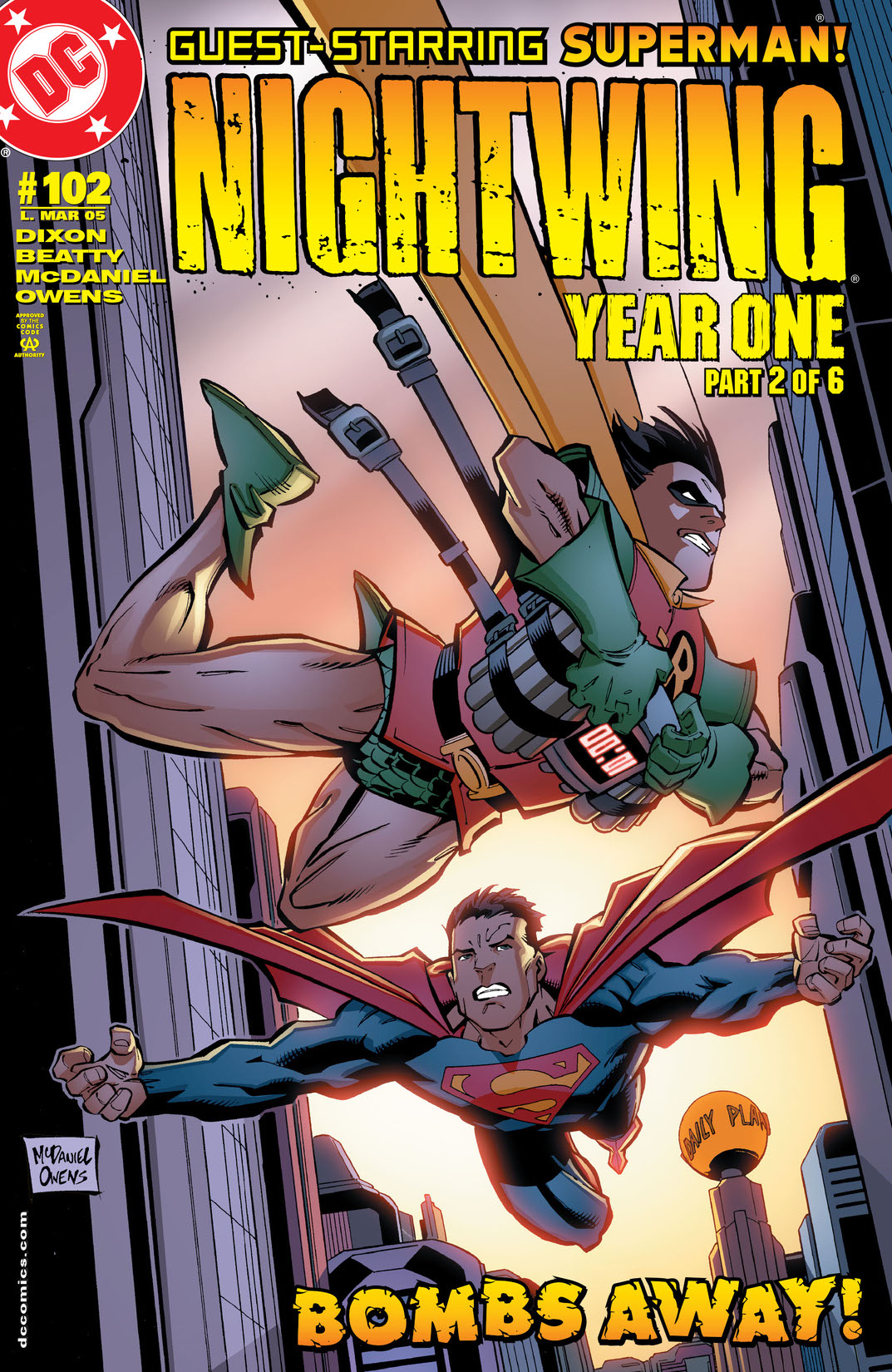 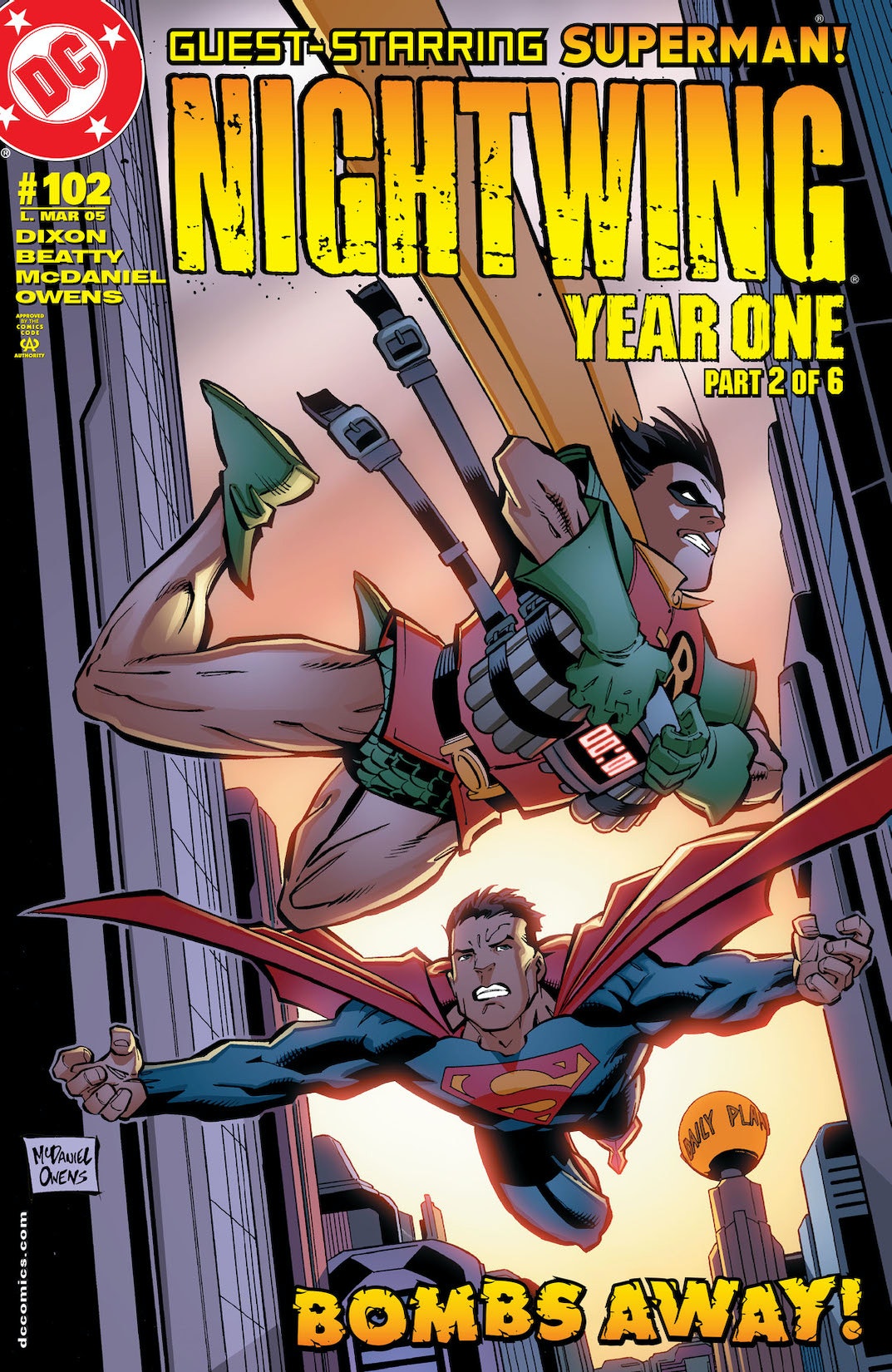 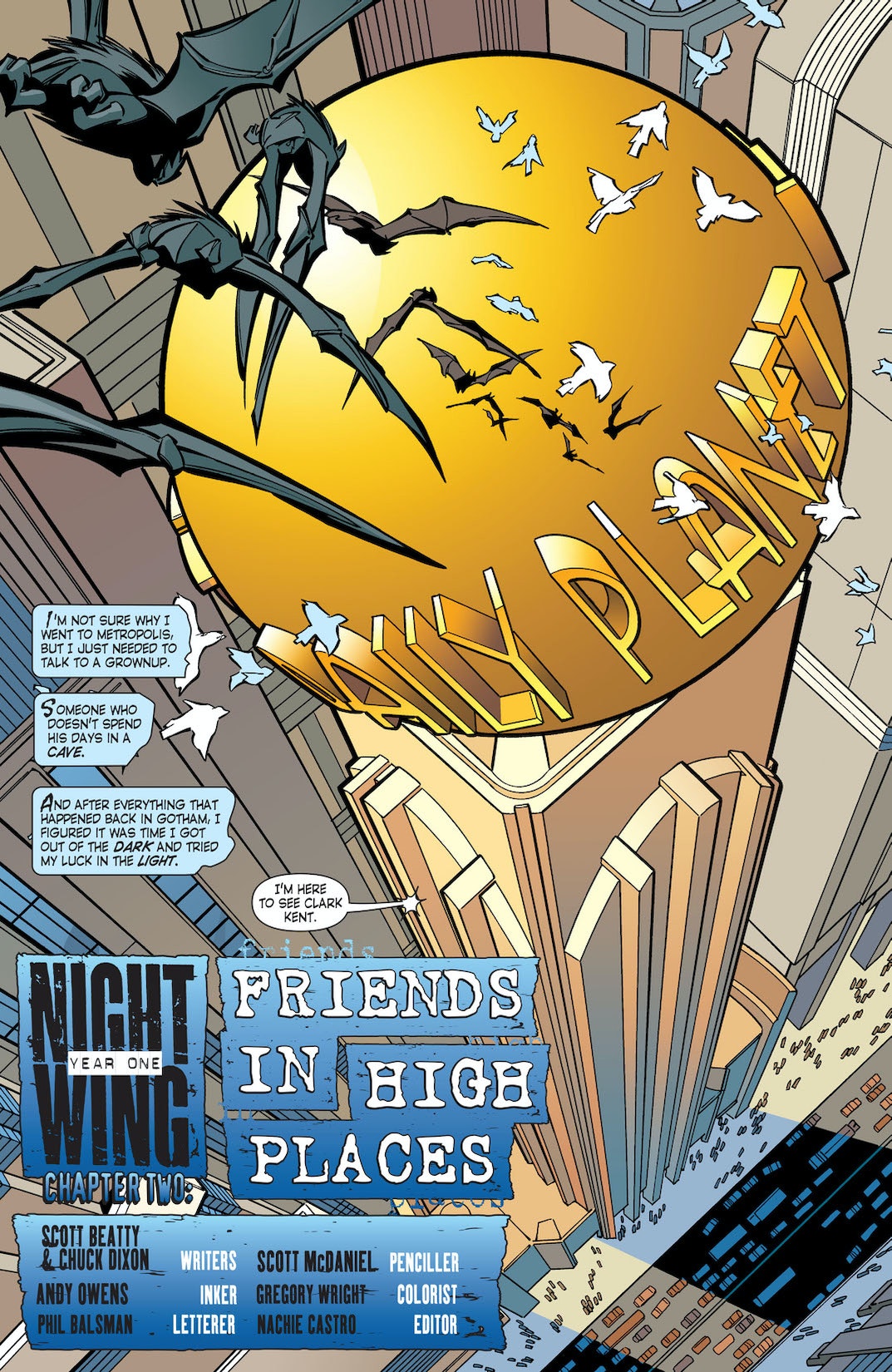 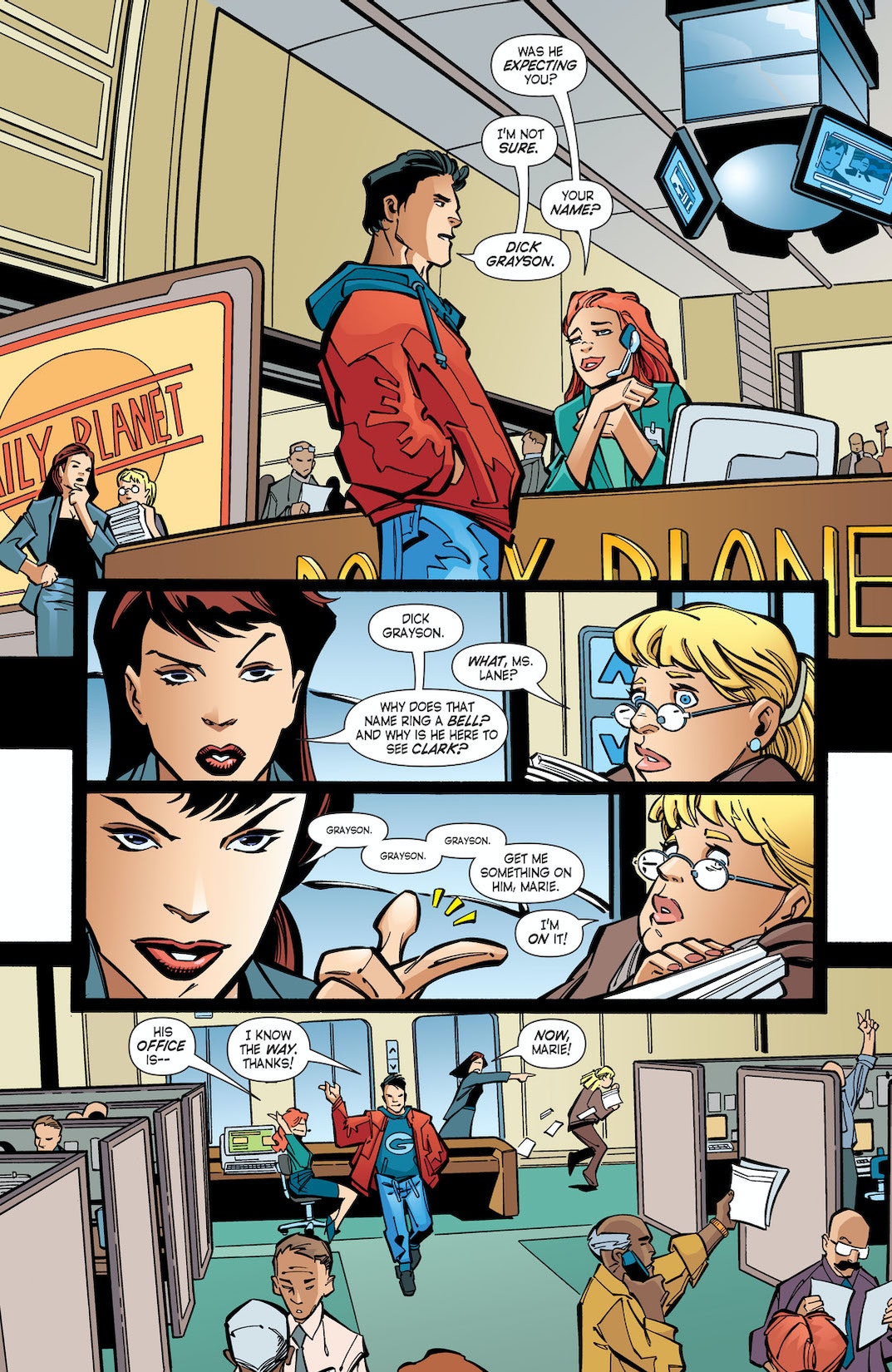 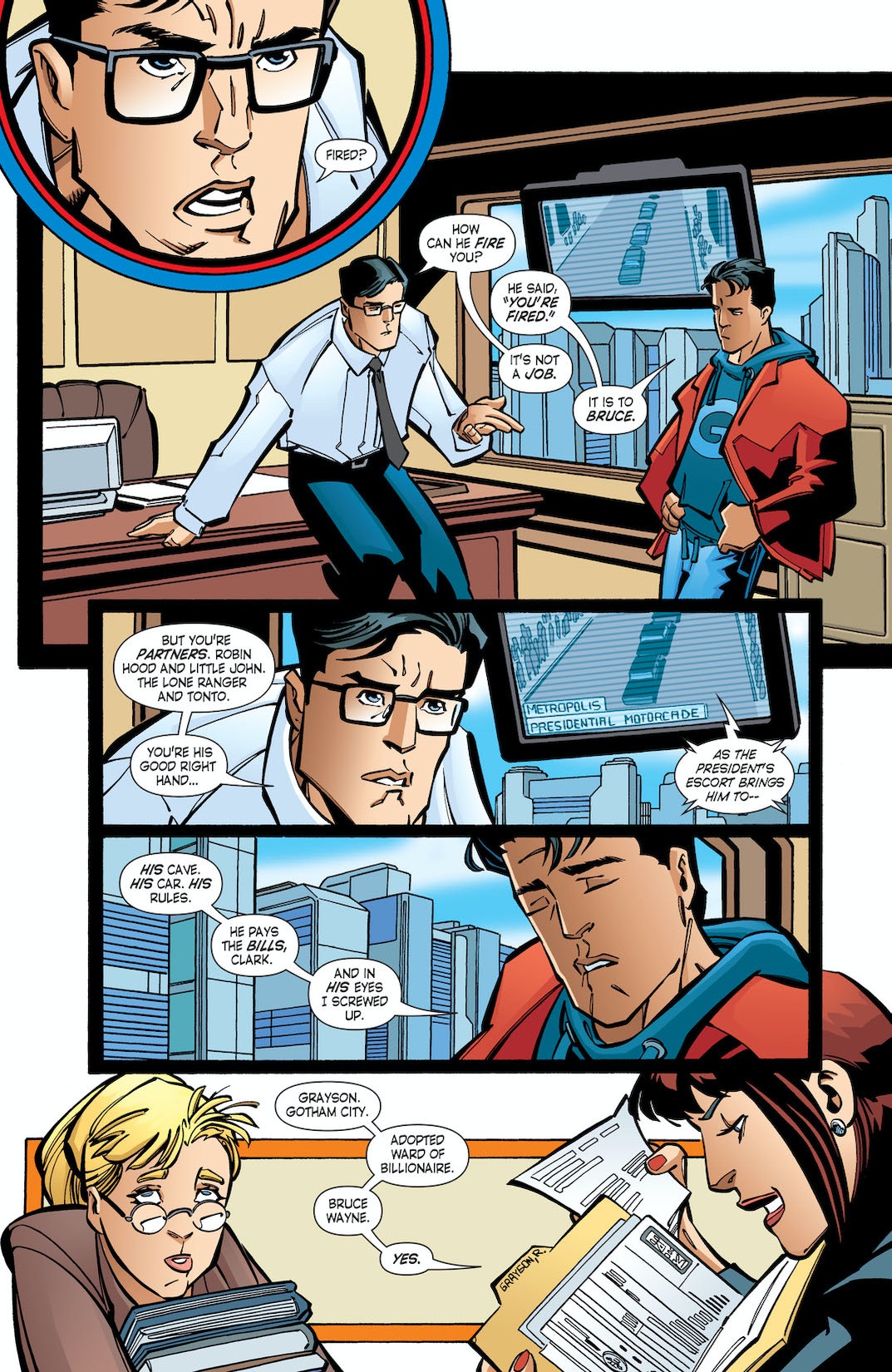 After being fired by Batman, the former Robin seeks direction and understanding under the bright lights of Metropolis. But the Man of Steel may not have time to help Dick after a team of mad bombers threatens to blow up his city! 'Nightwing: Year One' part 2, guest-starring Superman.