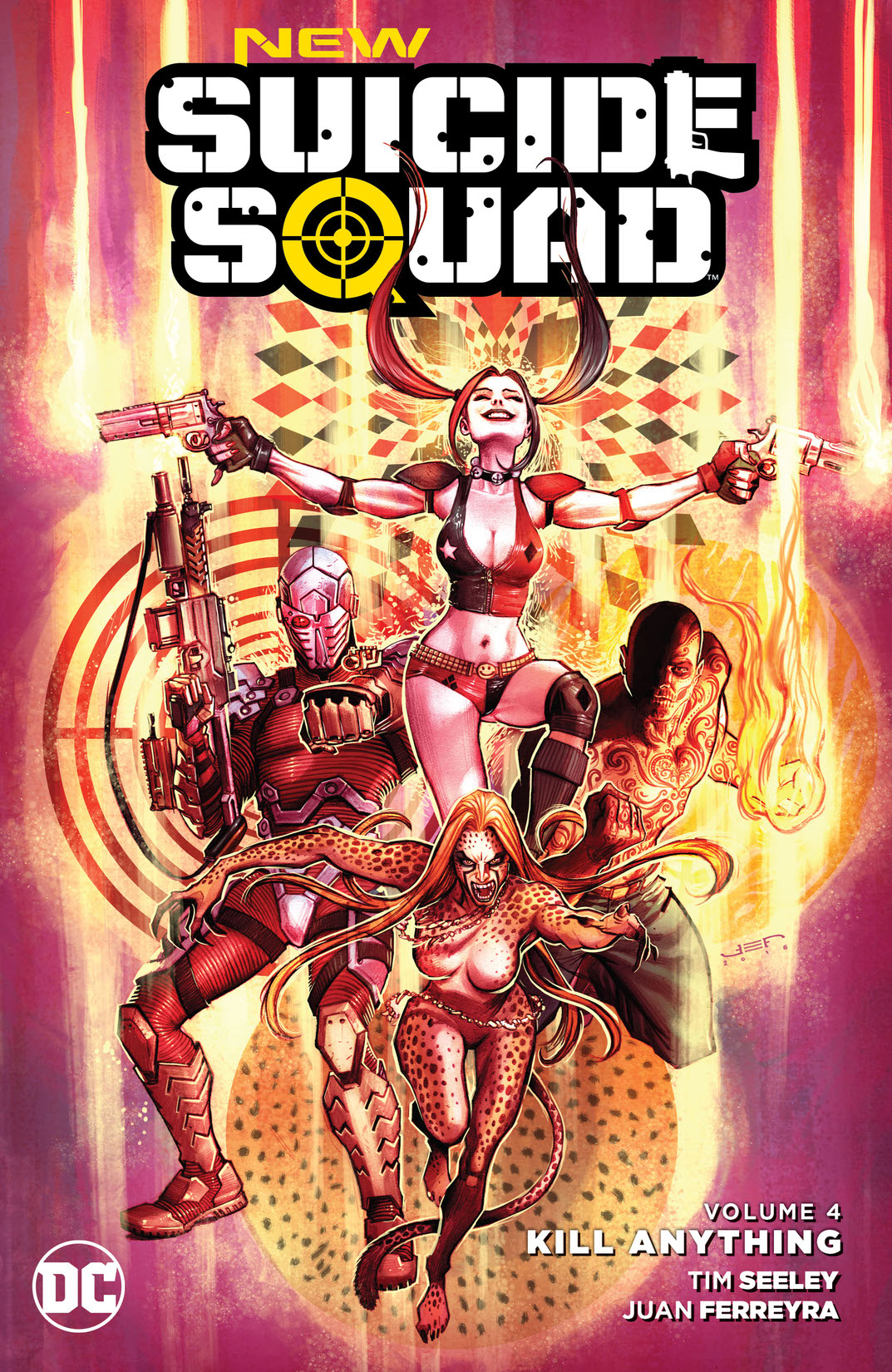 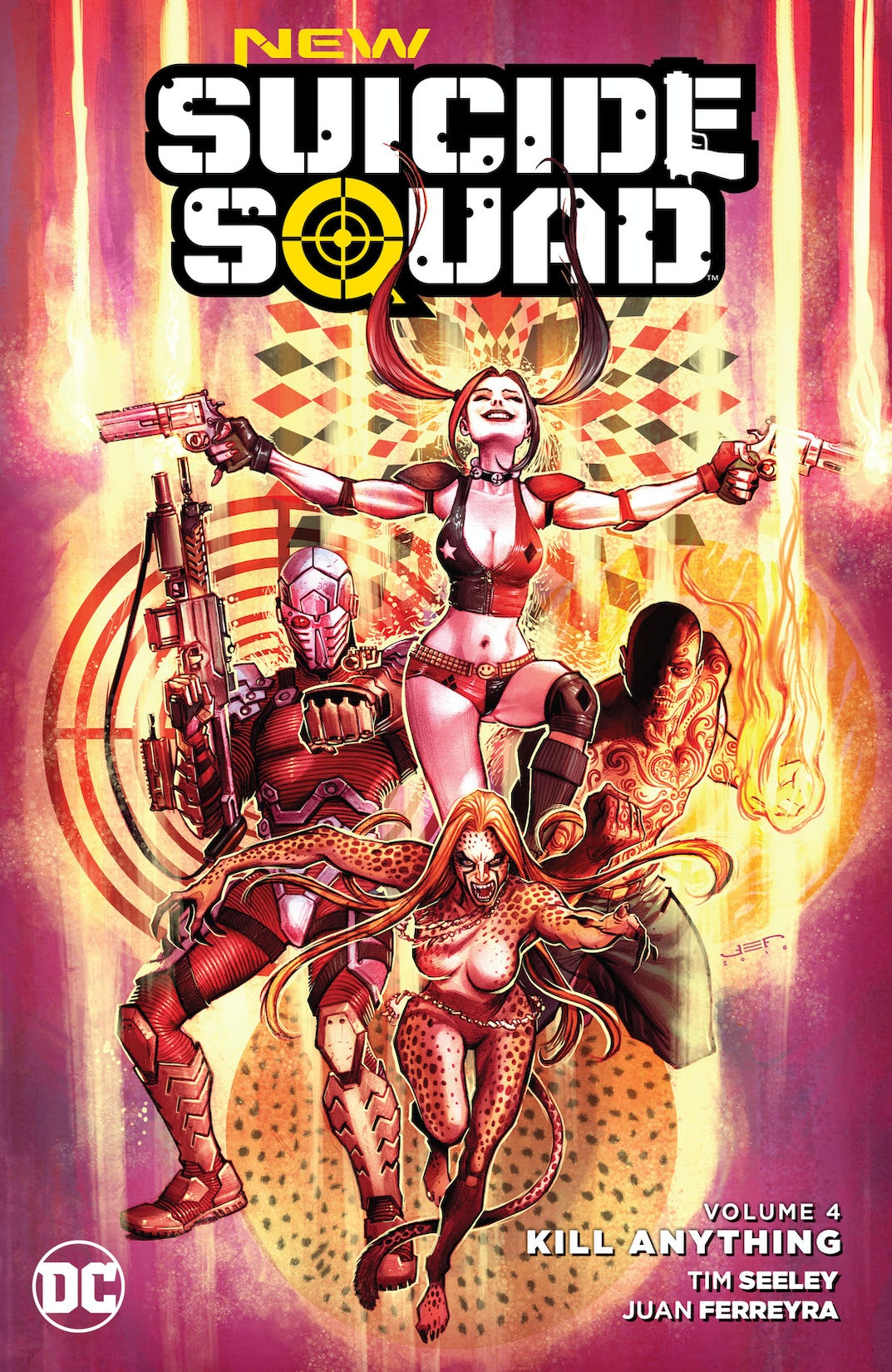 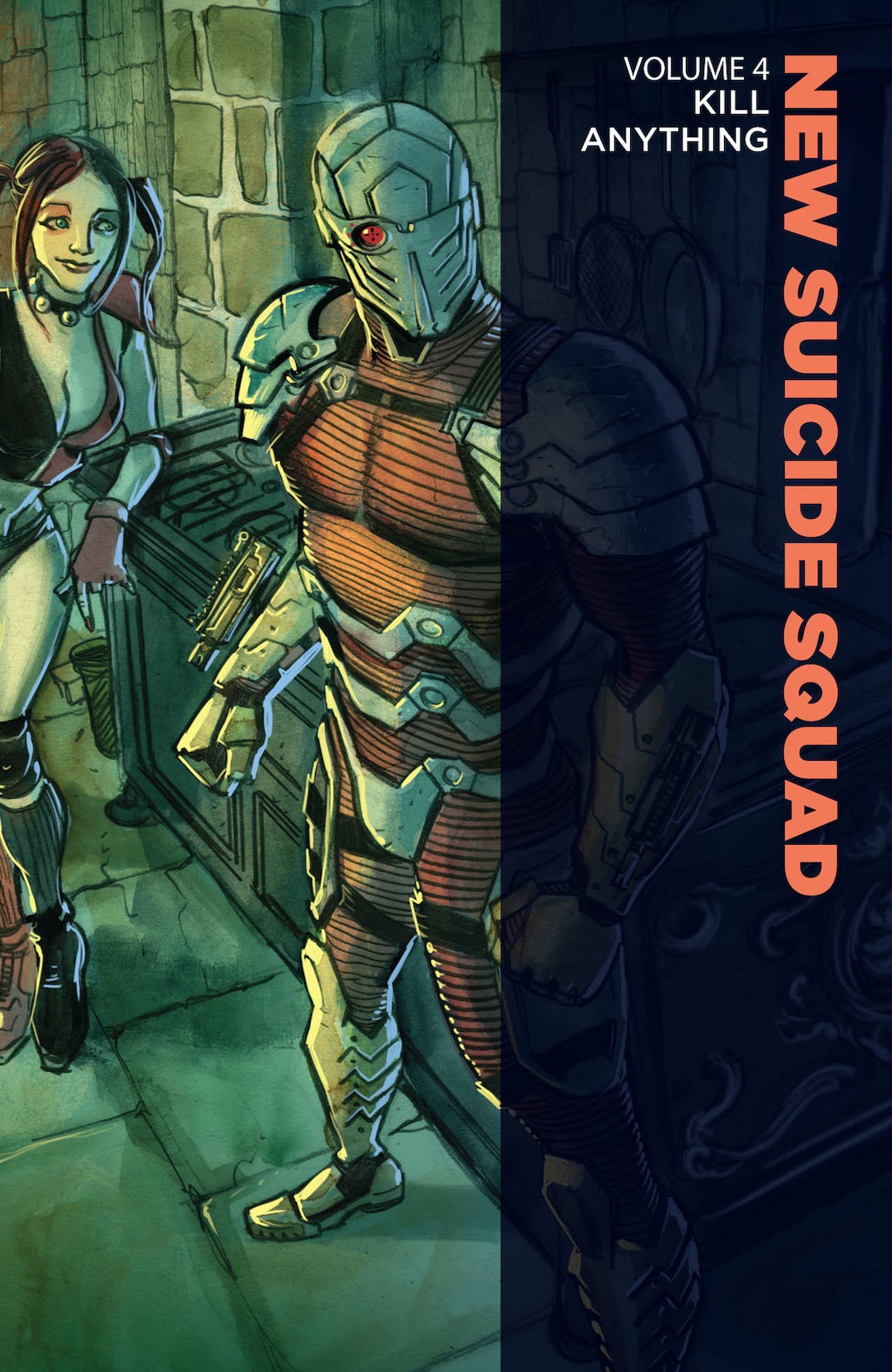 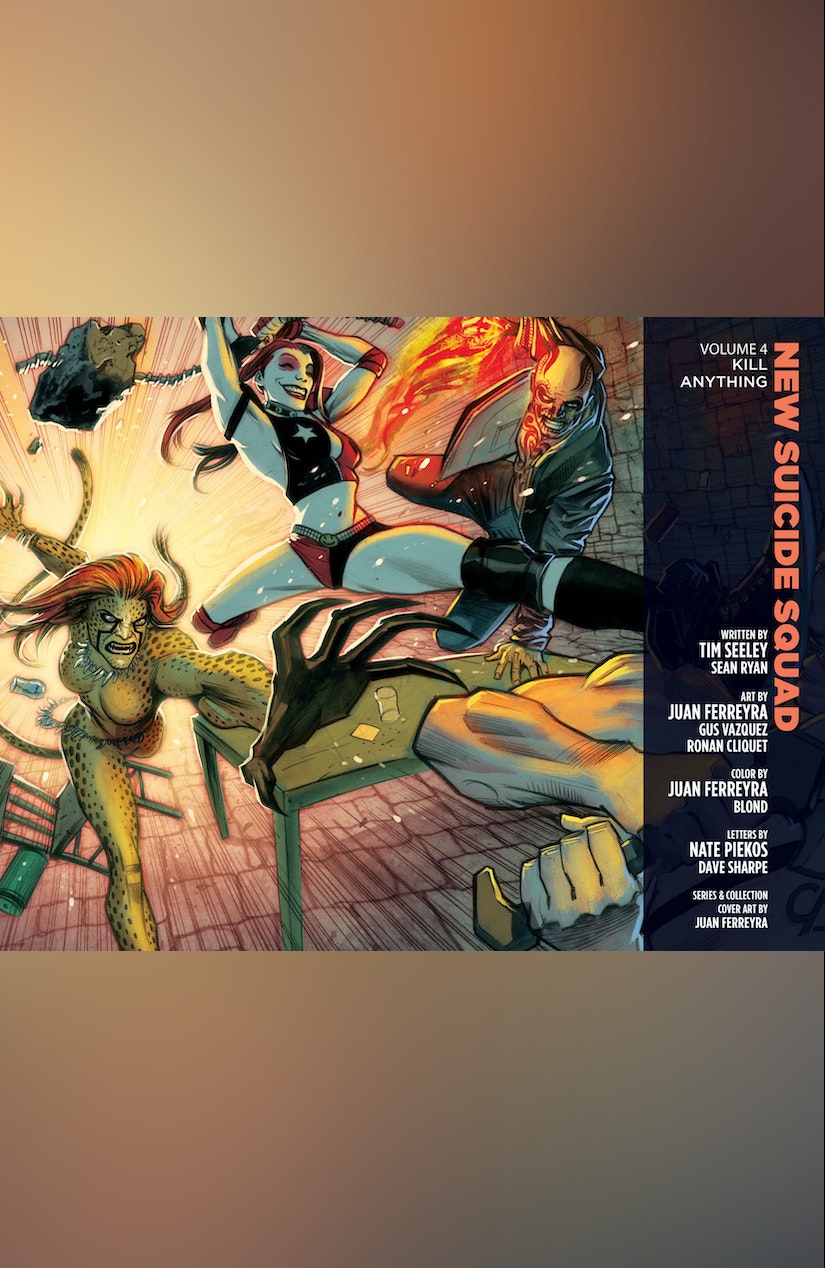 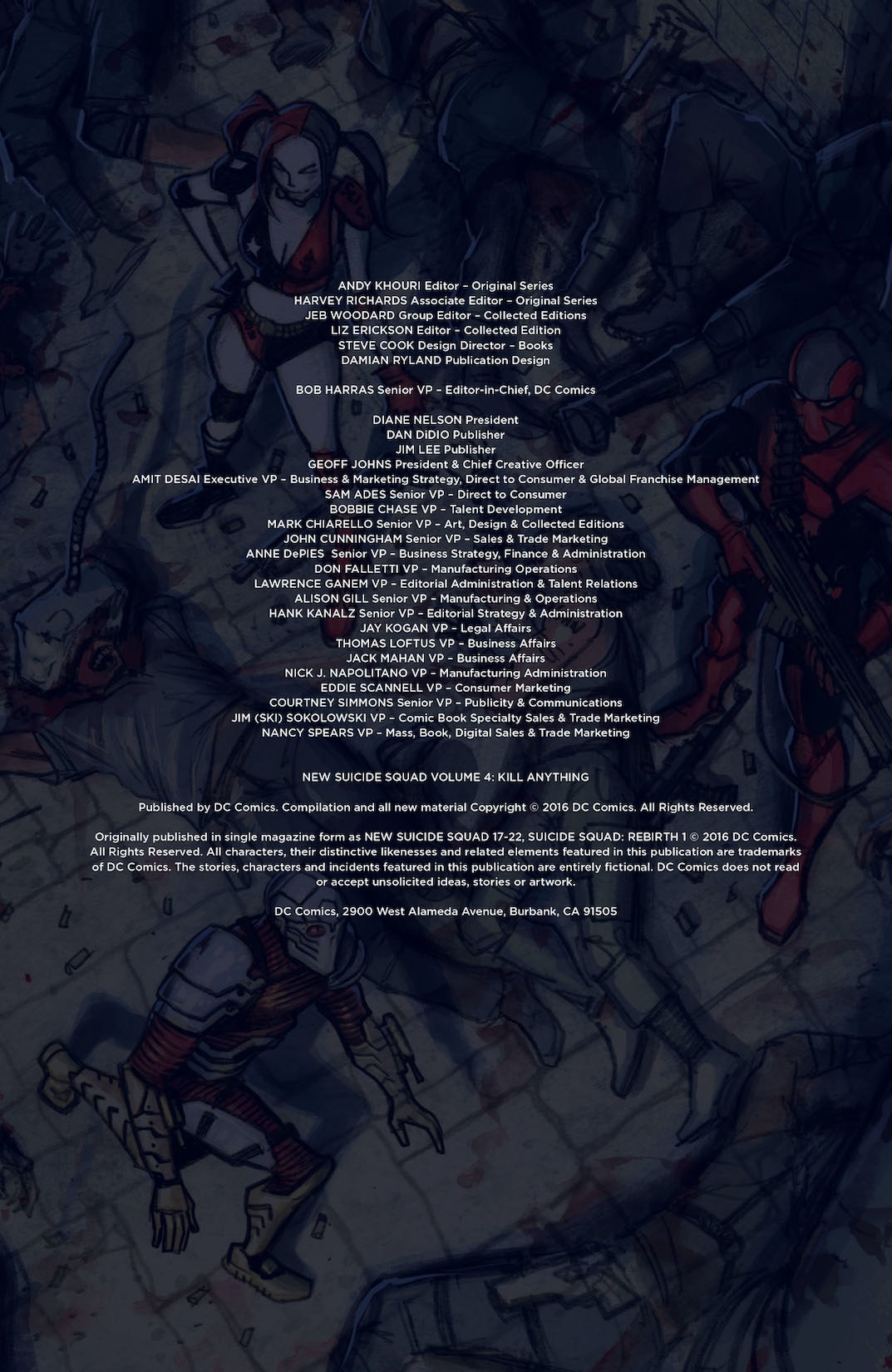 THE SUICIDE SQUAD IS DEAD- LONG LIVE THE SUICIDE SQUAD! Killed in action. That’s the official story on the Suicide Squad, the crack team of the world’s most dangerous super-villains assembled to do the jobs too dirty for the good guys to handle. Also known as Task Force X, they’ve been X’ed out, leaving their minder and master, Amanda Waller, behind to pick up the pieces. At least that’s what they want you to believe. Thanks to Harley Quinn’s secret contact on the outside, the Squad has faked their deaths, leaving Harley, Deadshot, Cheetah and Diablo free to live life on their own terms…or so it seems. But by escaping both Waller and the walls of Belle Reve Prison, they may have dug their own graves. They’ve fallen into the clutches of the Fist of Cain, the insane death cult that helped them play dead-and who are now trying to make their ruse a reality! To survive, the Suicide Squad must turn to their one-time captors-and Deadshot’s hated rival, Captain Boomerang-for help, or they’ll finally live up to their name… It’s the end of an era for the team behind the blockbuster movie, as creators Tim Seeley (GRAYSON, BATMAN ETERNAL) and Juan Ferreyra (GOTHAM BY MIDNIGHT) seal their fate in NEW SUICIDE SQUAD VOL. 4: KILL ANYTHING! Collects issues #17-22 and a special preview of SUICIDE SQUAD: REBIRTH #1.