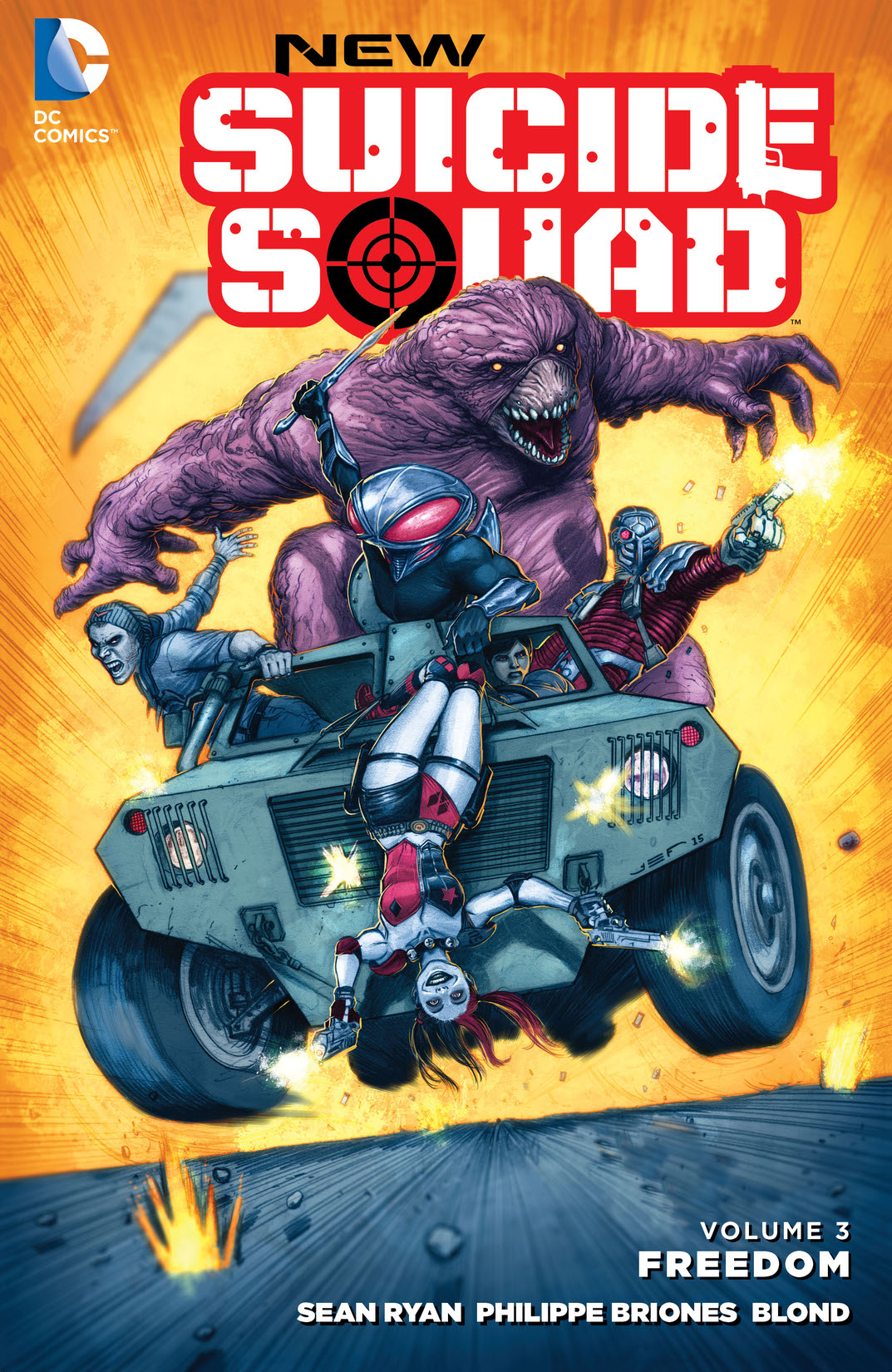 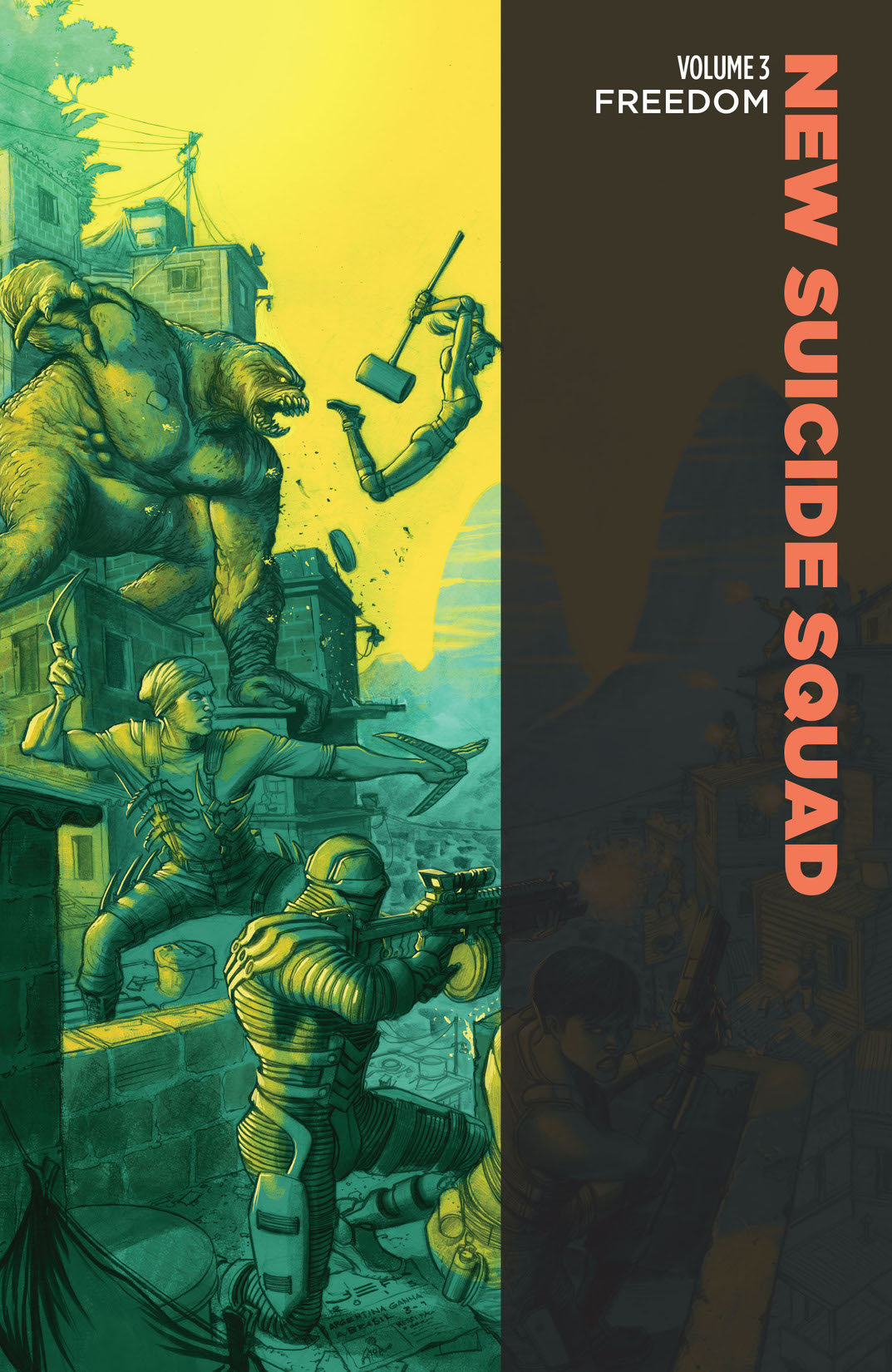 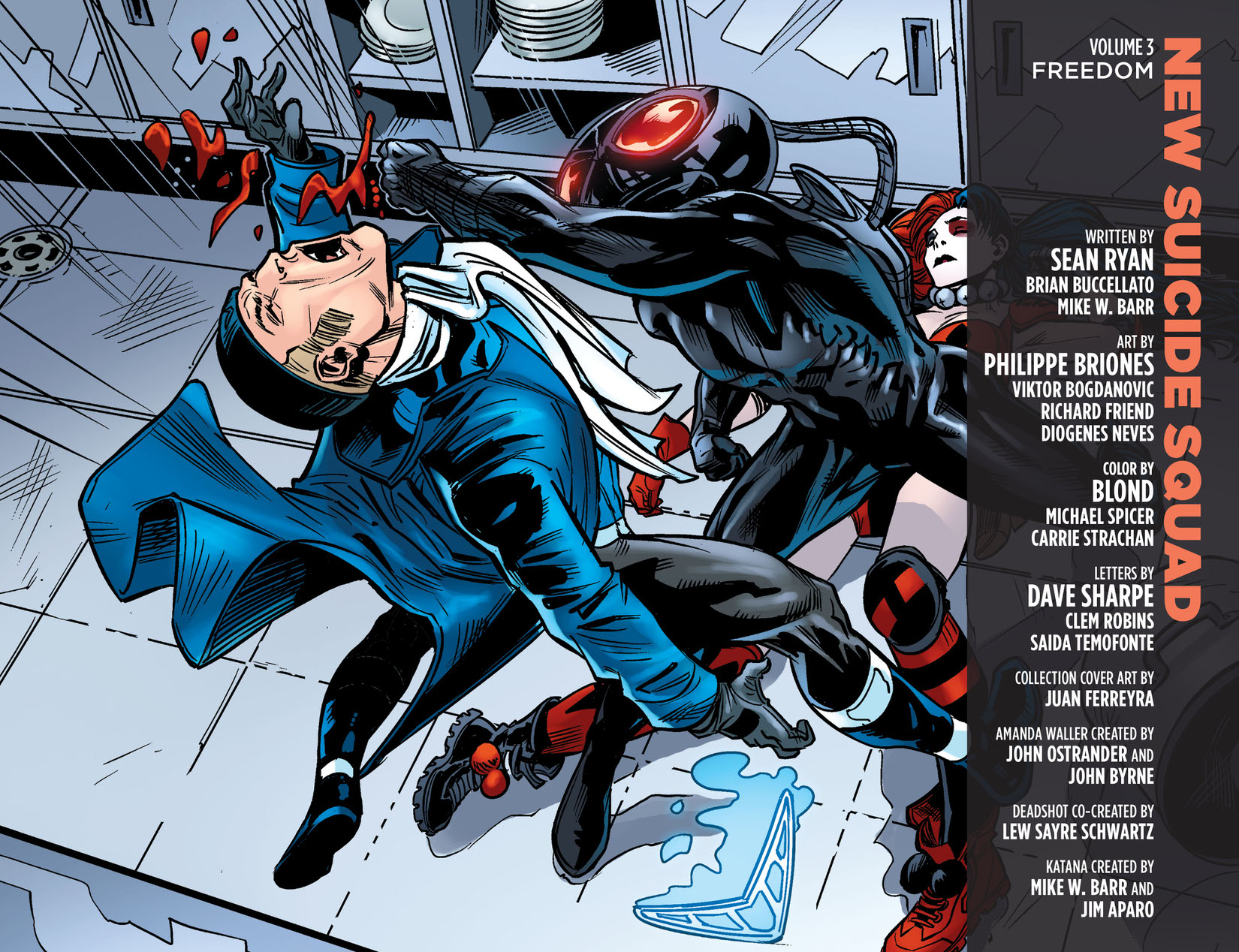 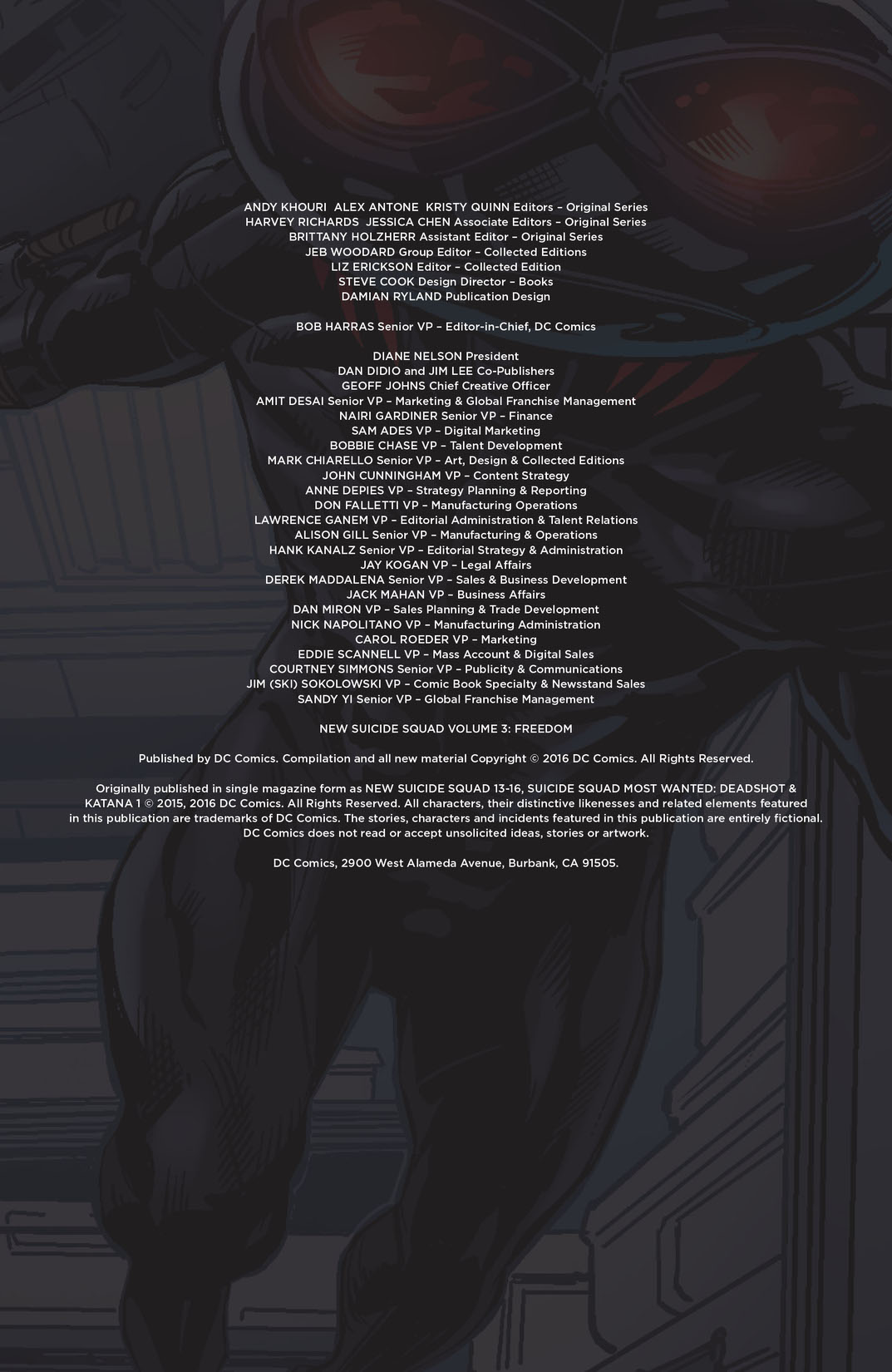 Get ready for the blockbuster movie SUICIDE SQUAD with the comics that inspired the film, including fan-favorite characters Harley Quinn, Deadshot and Captain Boomerang! THE WORLD’S WORST HEROES HAVE GONE ROGUE! Task Force X team members Harley Quinn, Deadshot, Captain Boomerang, Black Manta and Parasite are killers being given a chance to do good for the U.S. government...not that they have a choice. One step out of line and their handler, Amanda Waller, can set off their surgically implanted bombs. But if they play along, this “Suicide Squad” might just be their shot at redemption. When Waller discovers that Task Force X is being manipulated by a shadowy corporate conspiracy, she decides to take her team off the grid. Now, without their bombs to keep them in check, the only thing keeping the world’s worst heroes from becoming full-blown villains again is their desire to see justice served. Will that be enough to keep Waller’s former prisoners from killing their jailer? NEW SUICIDE SQUAD VOL. 3: FREEDOM collects NEW SUICIDE SQUAD #13-16 and SUICIDE SQUAD MOST WANTED: DEADSHOT AND KATANA, by writer Sean Ryan (FLASHPOINT: GRODD OF WAR) and artist Philipe Briones (UNCANNY X-FORCE), and also featuring Brian Buccellato (DETECTIVE COMICS), Mike W. Barr (BATMAN: SON OF THE DEMON), Viktor Bogdanovic (BATMAN: ARKHAM KNIGHT) and Diogenes Neves (BATMAN/SUPERMAN).