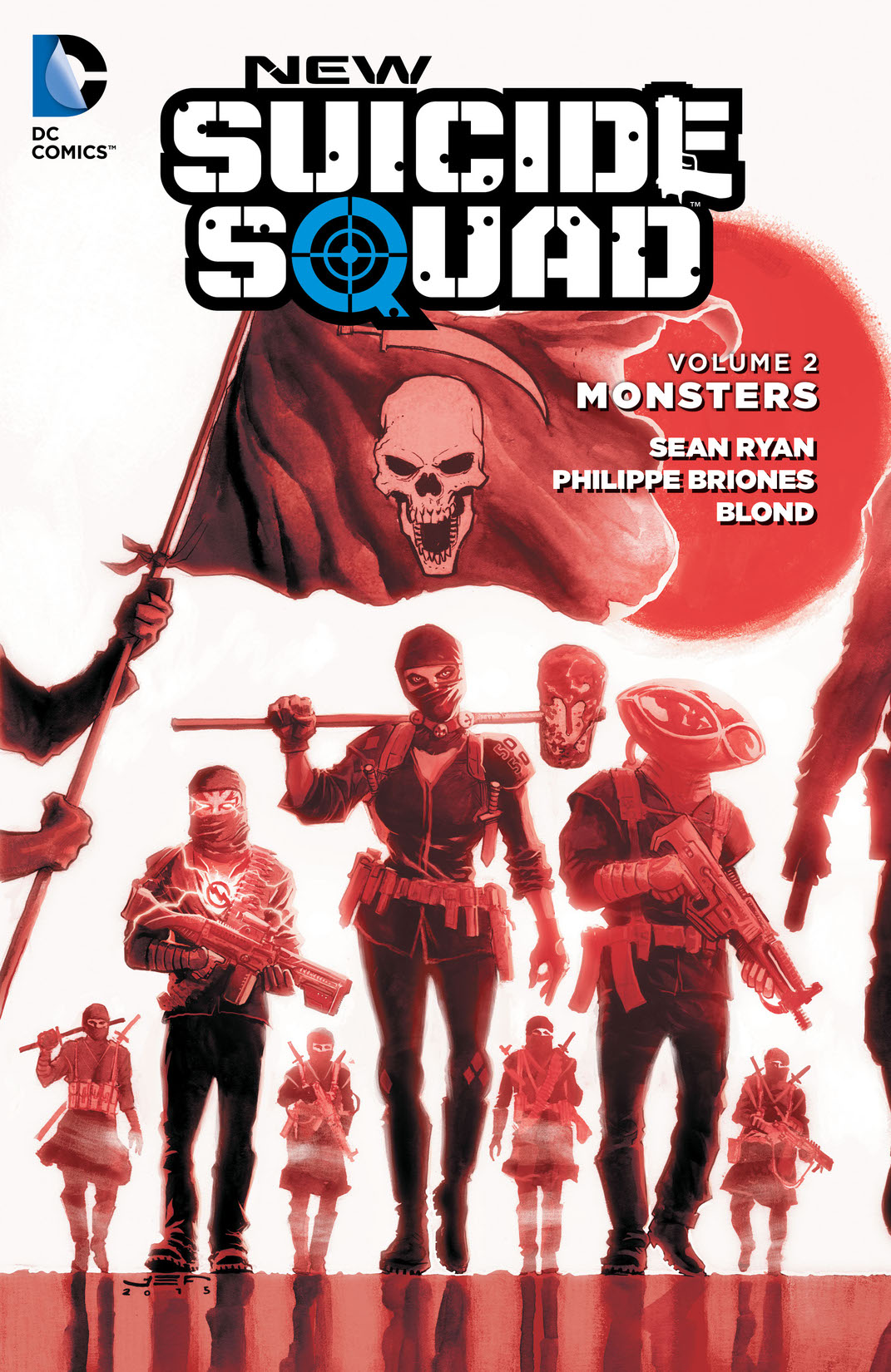 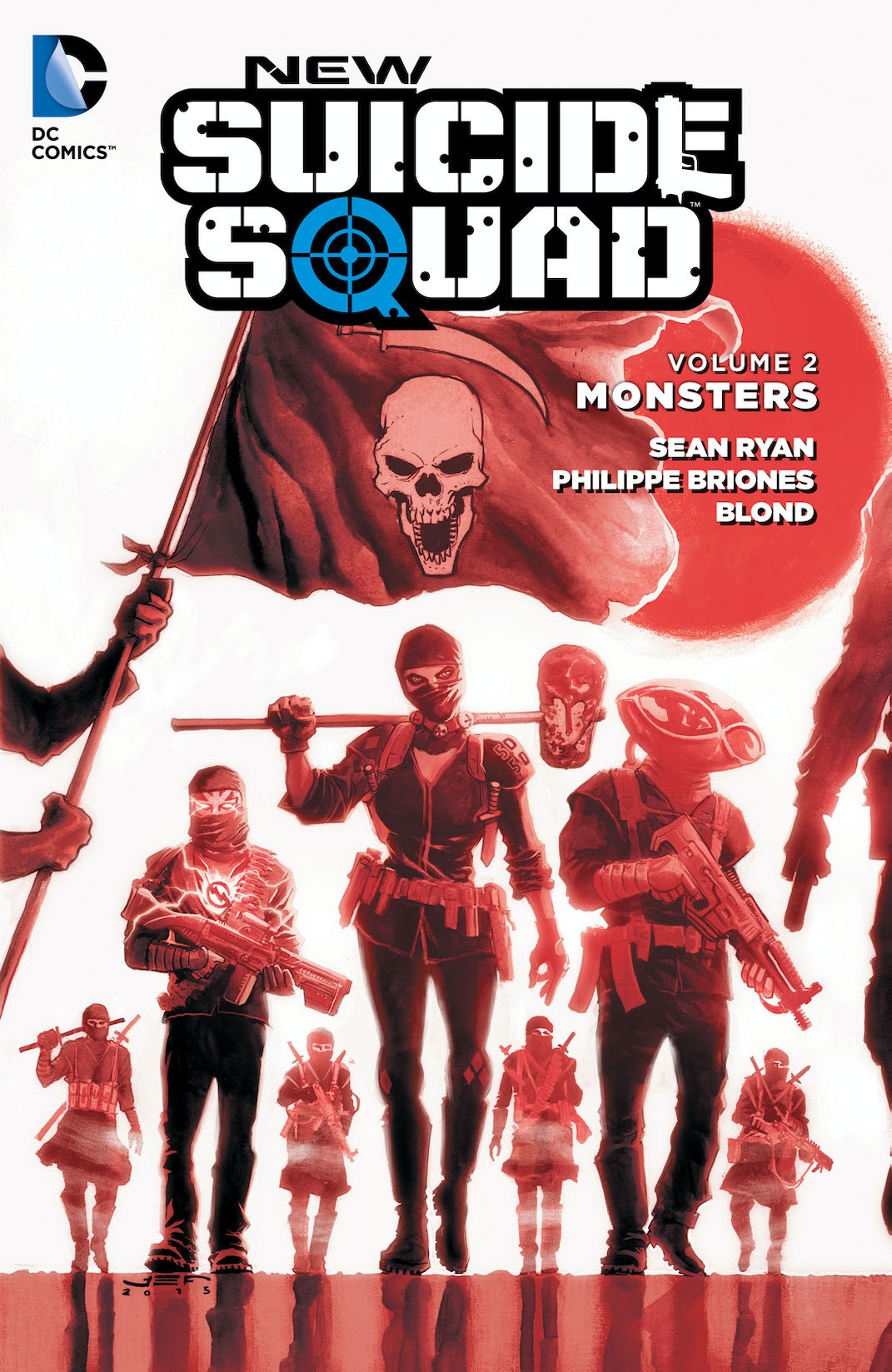 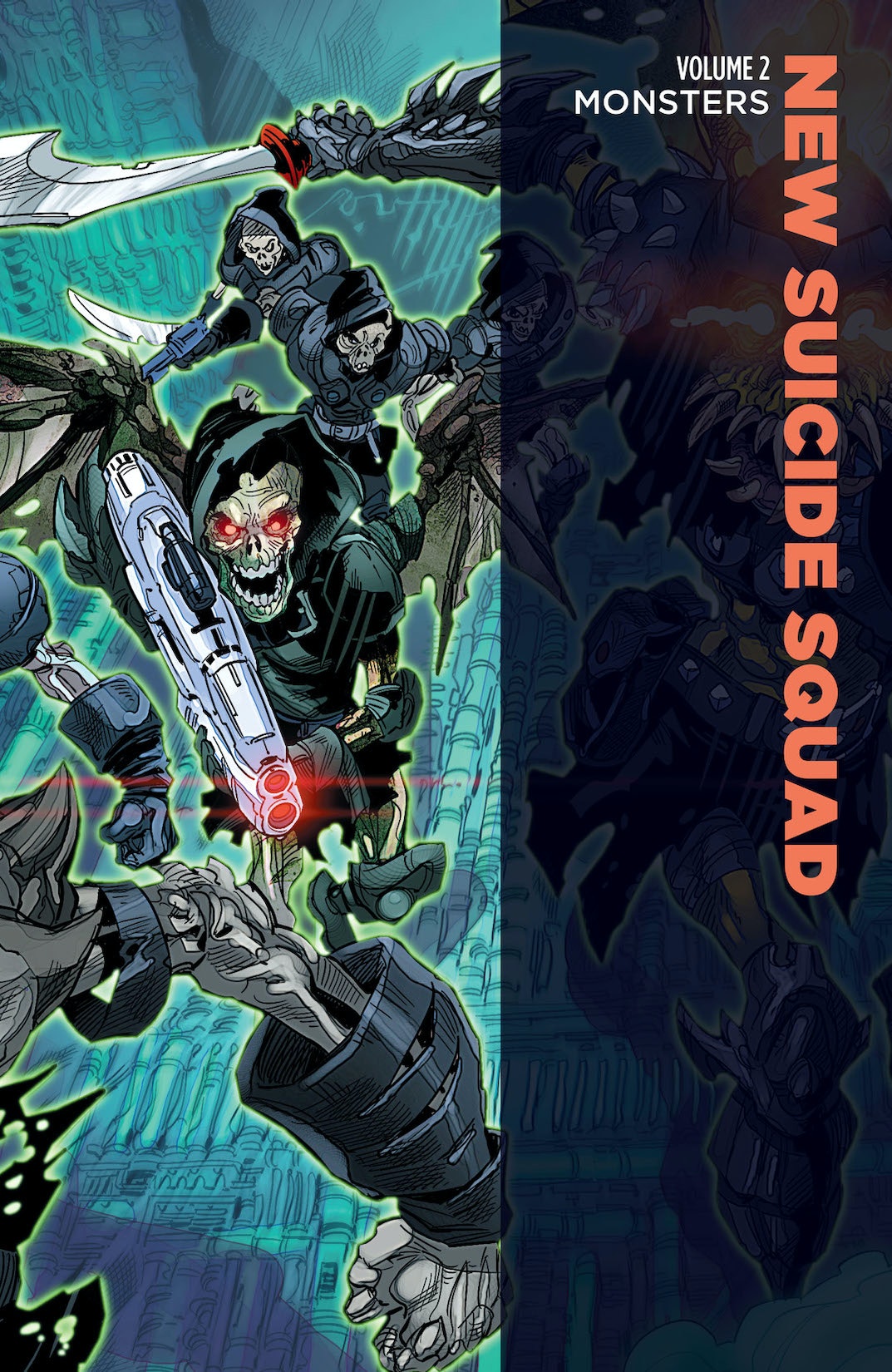 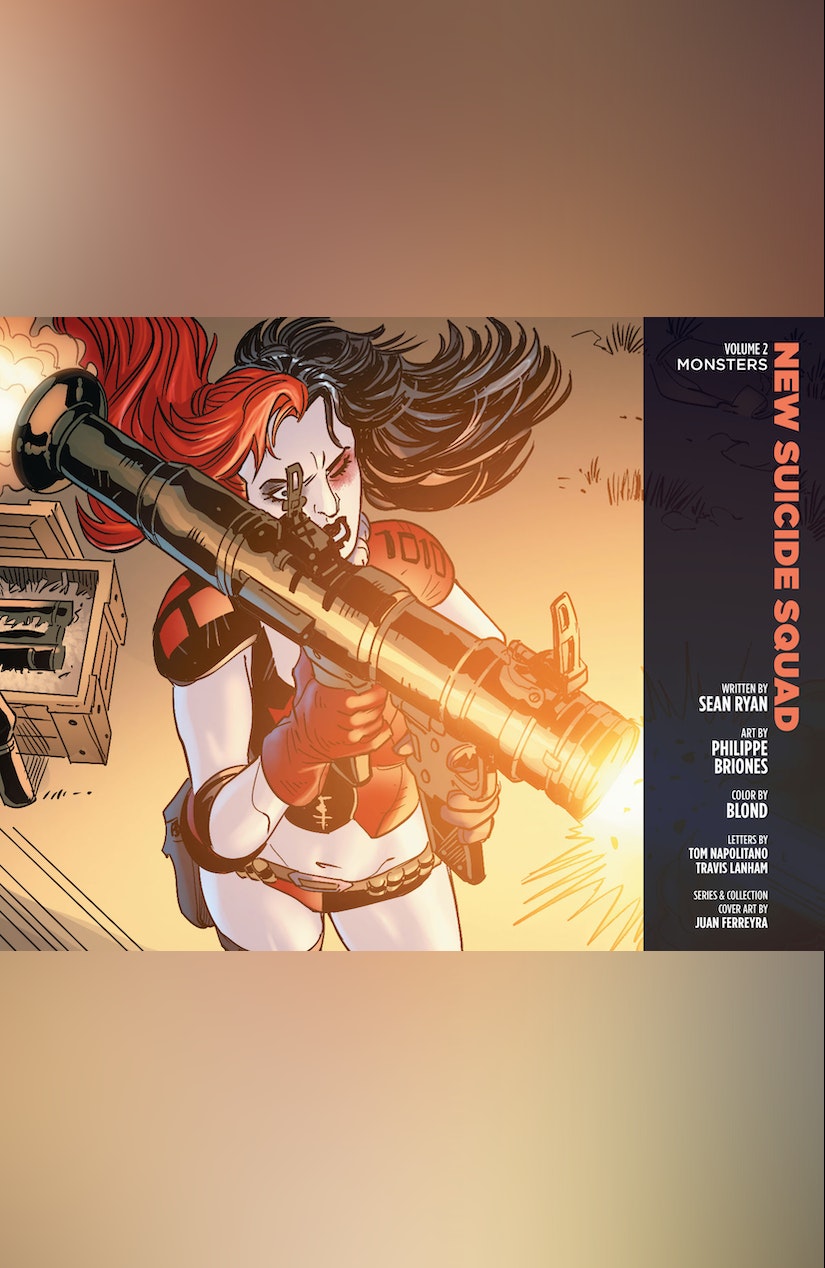 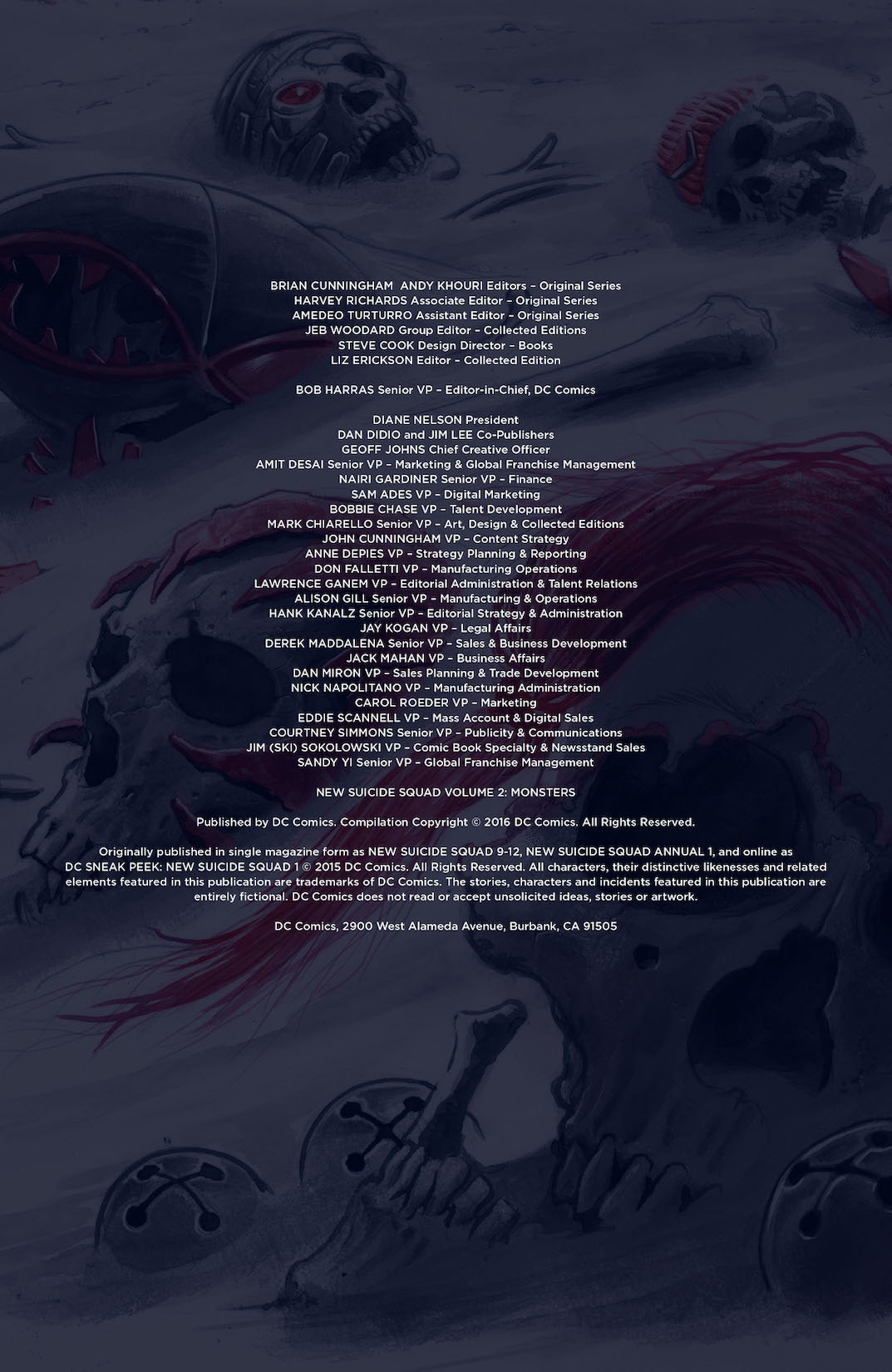 Writer Sean Ryan (NOVA) and artist Philippe Briones (CAPTAIN AMERICA CORPS) set villain against villain in an epic battle for the greater good in NEW SUICIDE SQUAD VOL. 2: MONSTERS! A splinter sect has broken off from the legendary League of Assassins. Like their predecessors, this new League is made up of some of the deadliest killers on the planet. But unlike Ra’s al Ghul’s followers, these renegade assassins have no plans to remain hidden in the shadows. With countless innocent lives at stake, there’s only one team ready to handle this new terrorist threat: Deadshot. Black Manta. Captain Boomerang. Harley Quinn. Reverse Flash. Parasite. It’s up to Amanda Waller’s Task Force X to destroy this terrorist organization from the inside, and that means going deep undercover. They’re being sent far behind enemy lines to face a foe like nothing they’ve ever encountered. And if they don’t all make it back? That’s why they’re called the Suicide Squad. Collects issues #9-12, Annual #1 and DC SNEAK PEEK: NEW SUICIDE SQUAD #1.