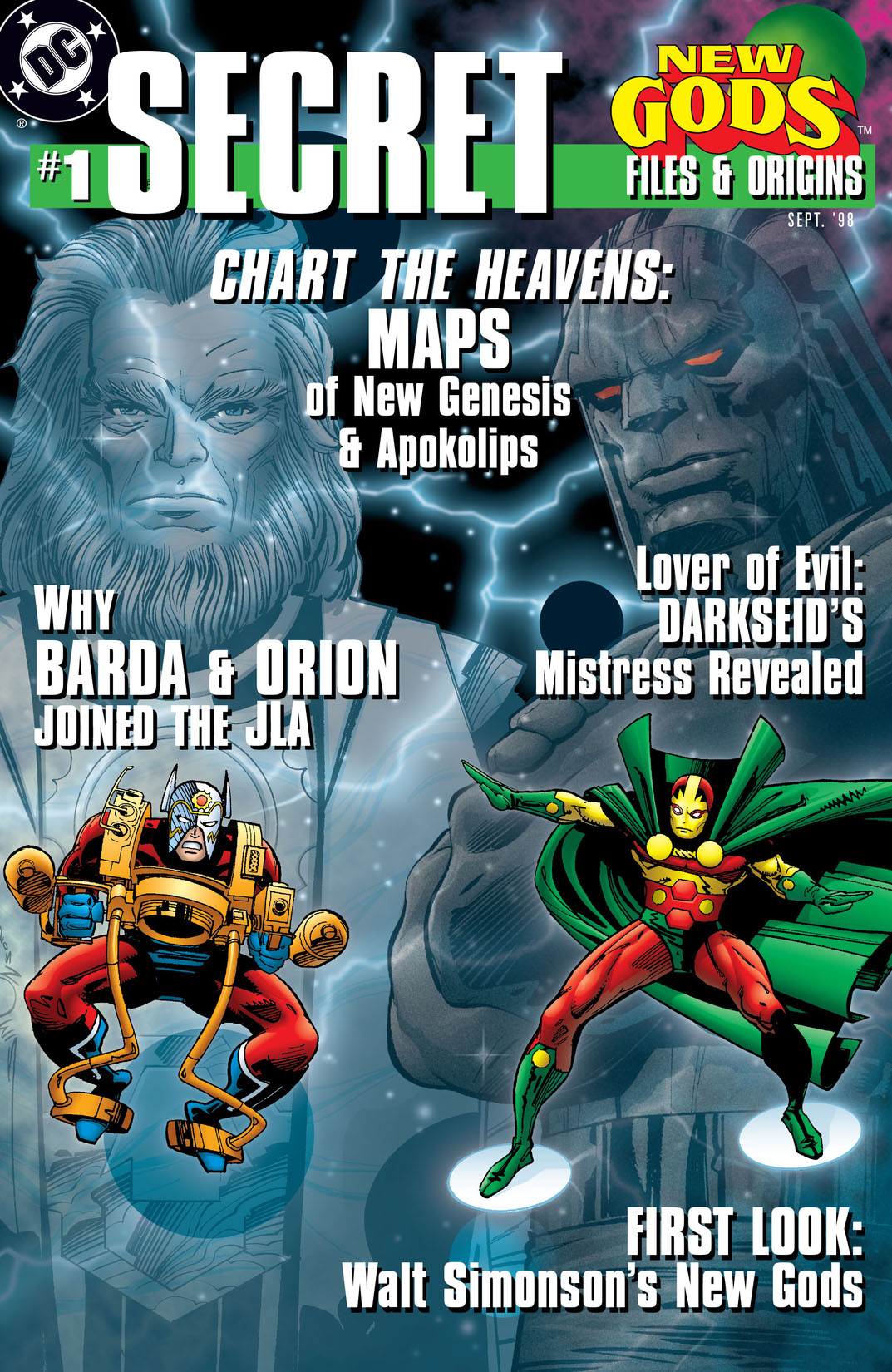 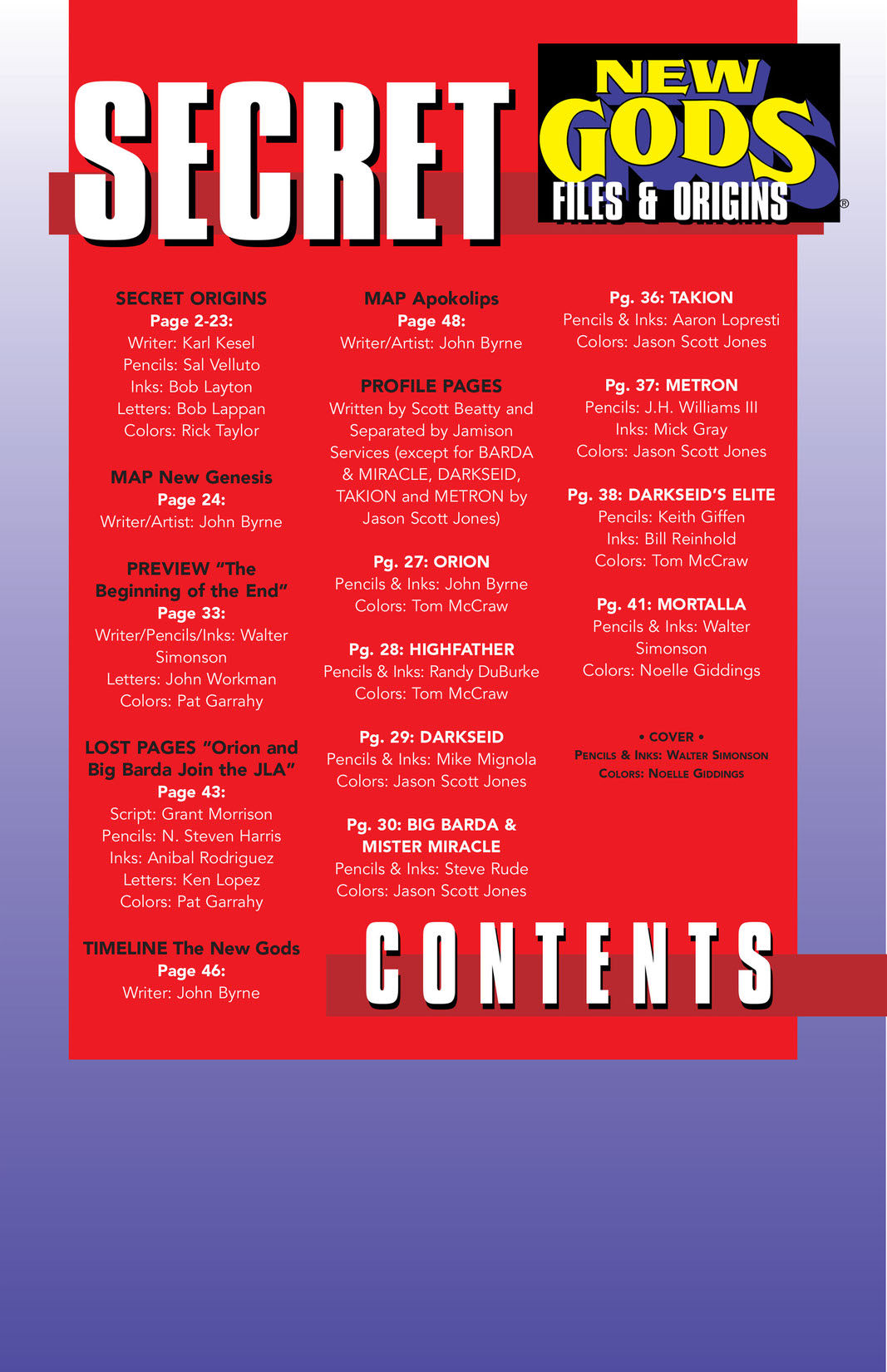 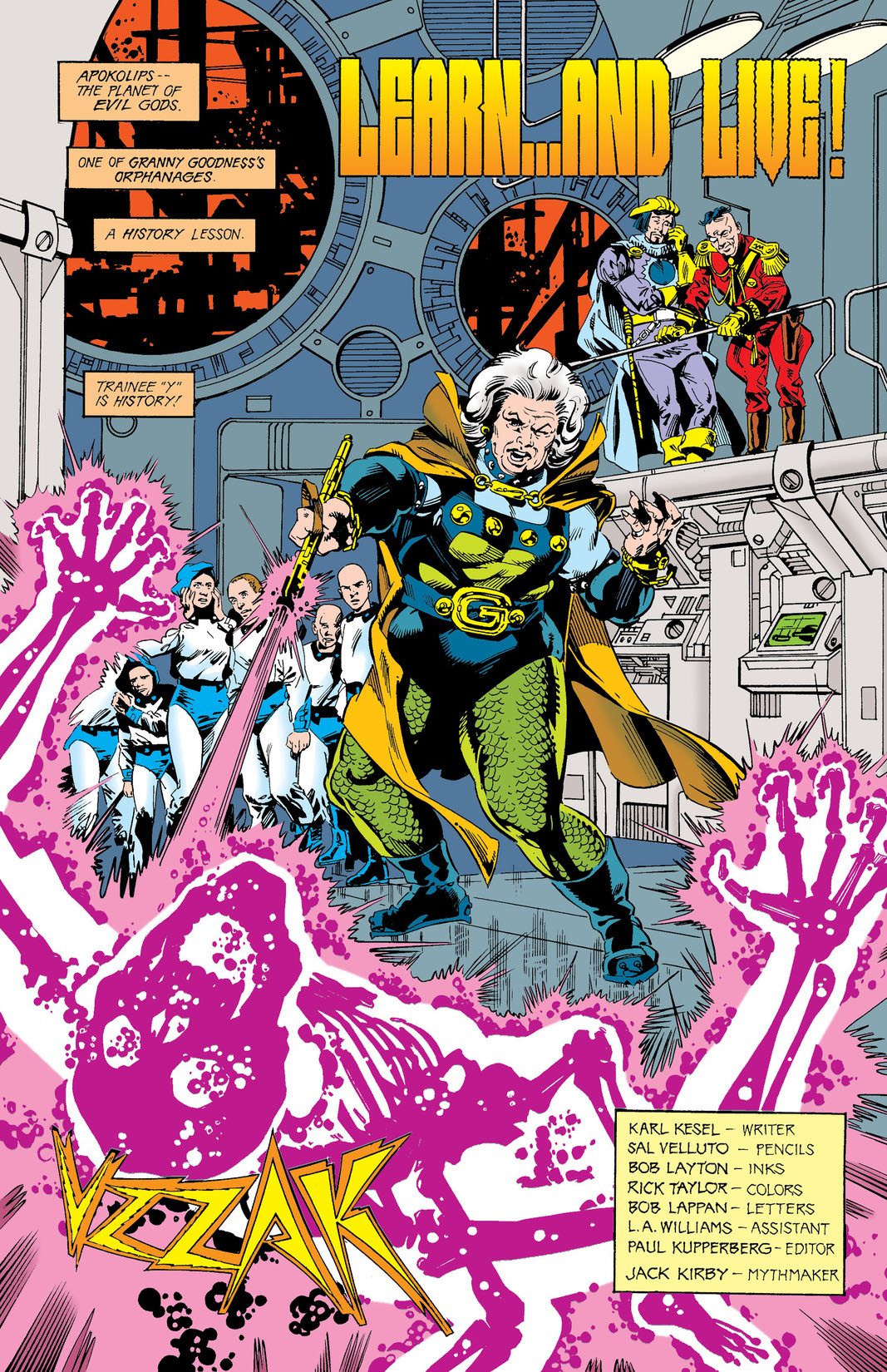 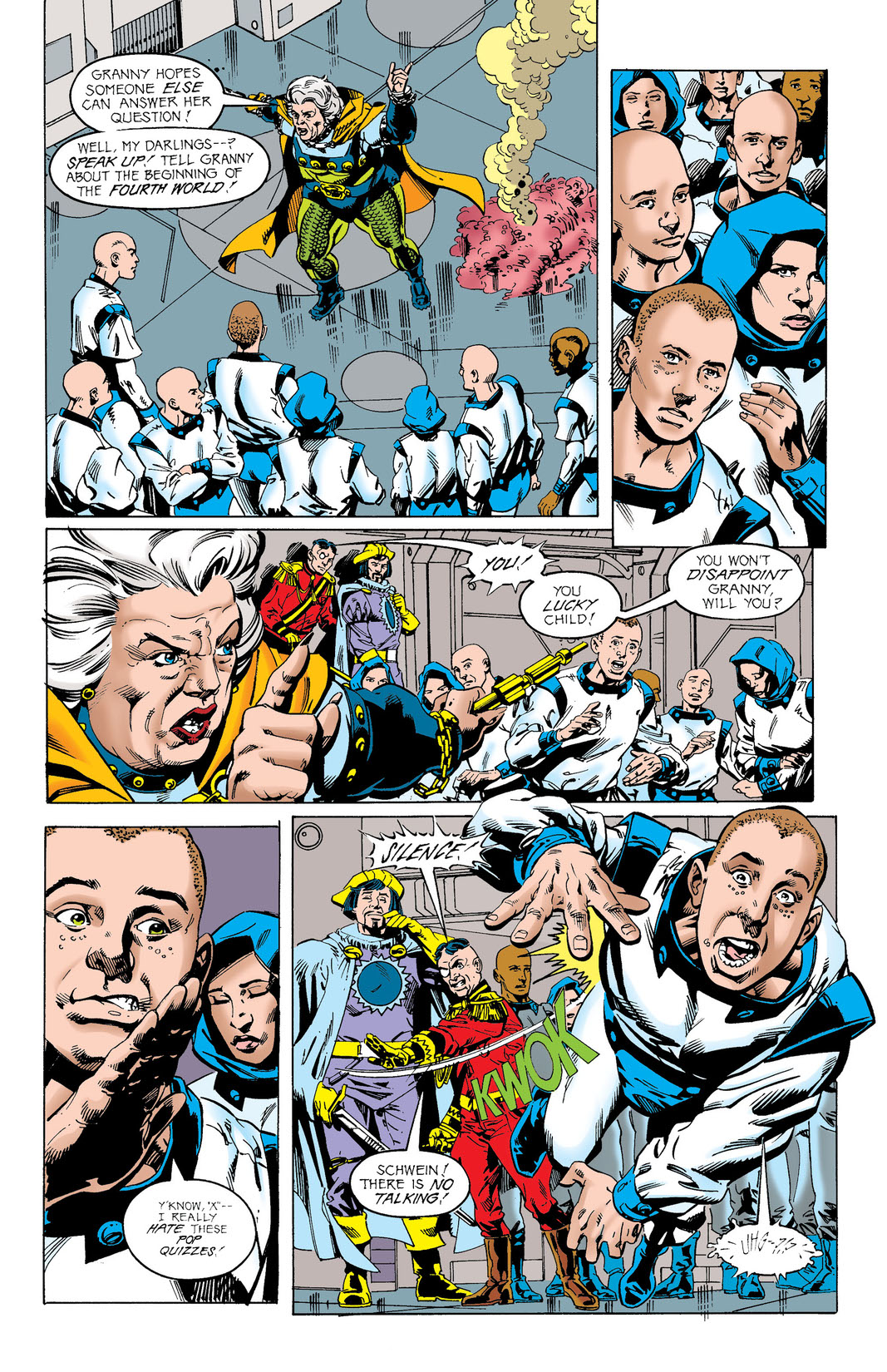 The secrets of Jack Kirby's legendary creations are revealed in a thrilling special that includes a two-page "lost pages" JLA feature by writer Grant Morrison and artist Howard Porter, which explains why Orion and Big Barda were sent to Earth to join the JLA! In the lead story (by Karl Kesel, with art by Sal Velluti and Bob Almond), discover the origin of the entire Fourth World!