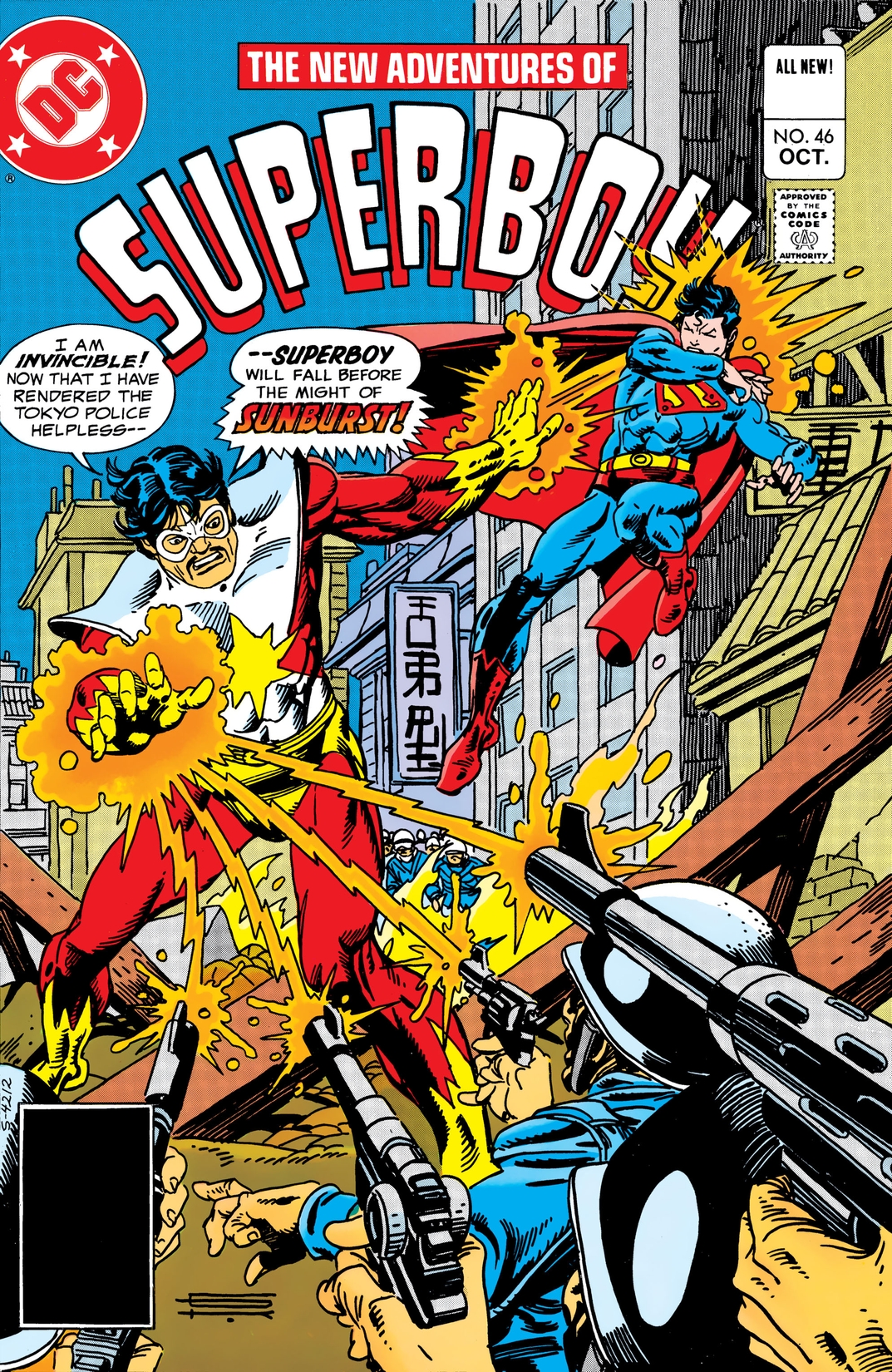 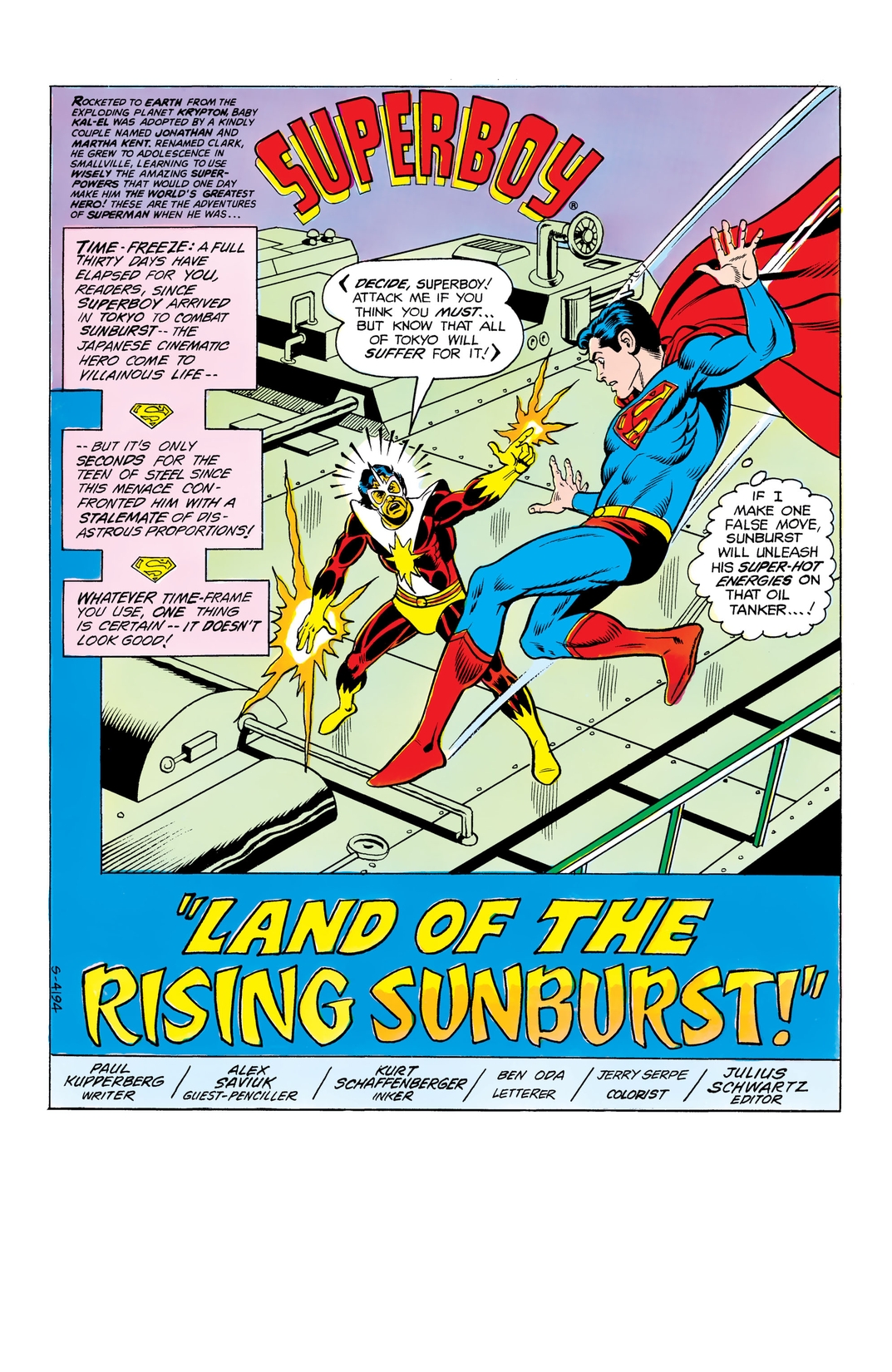 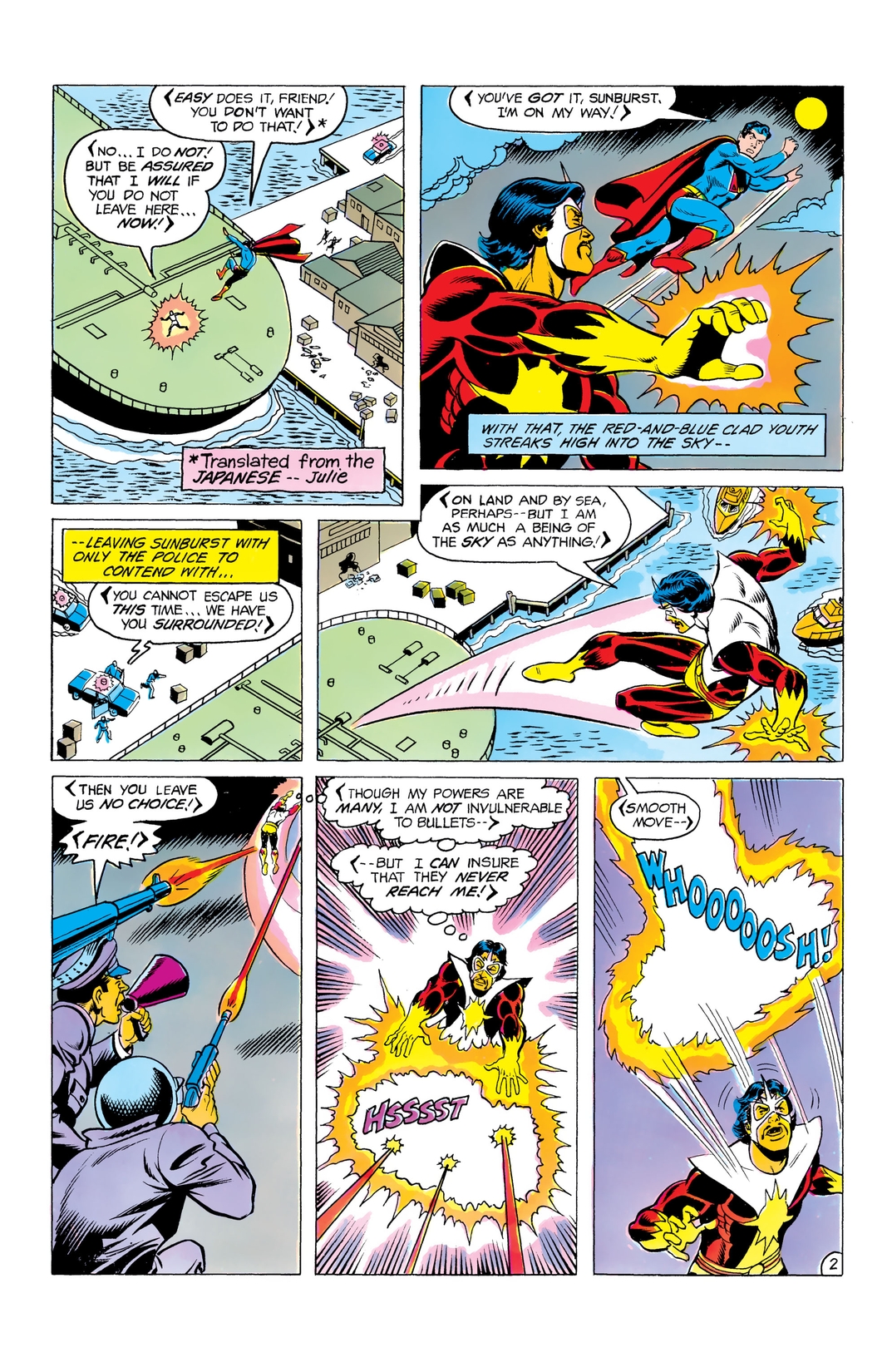 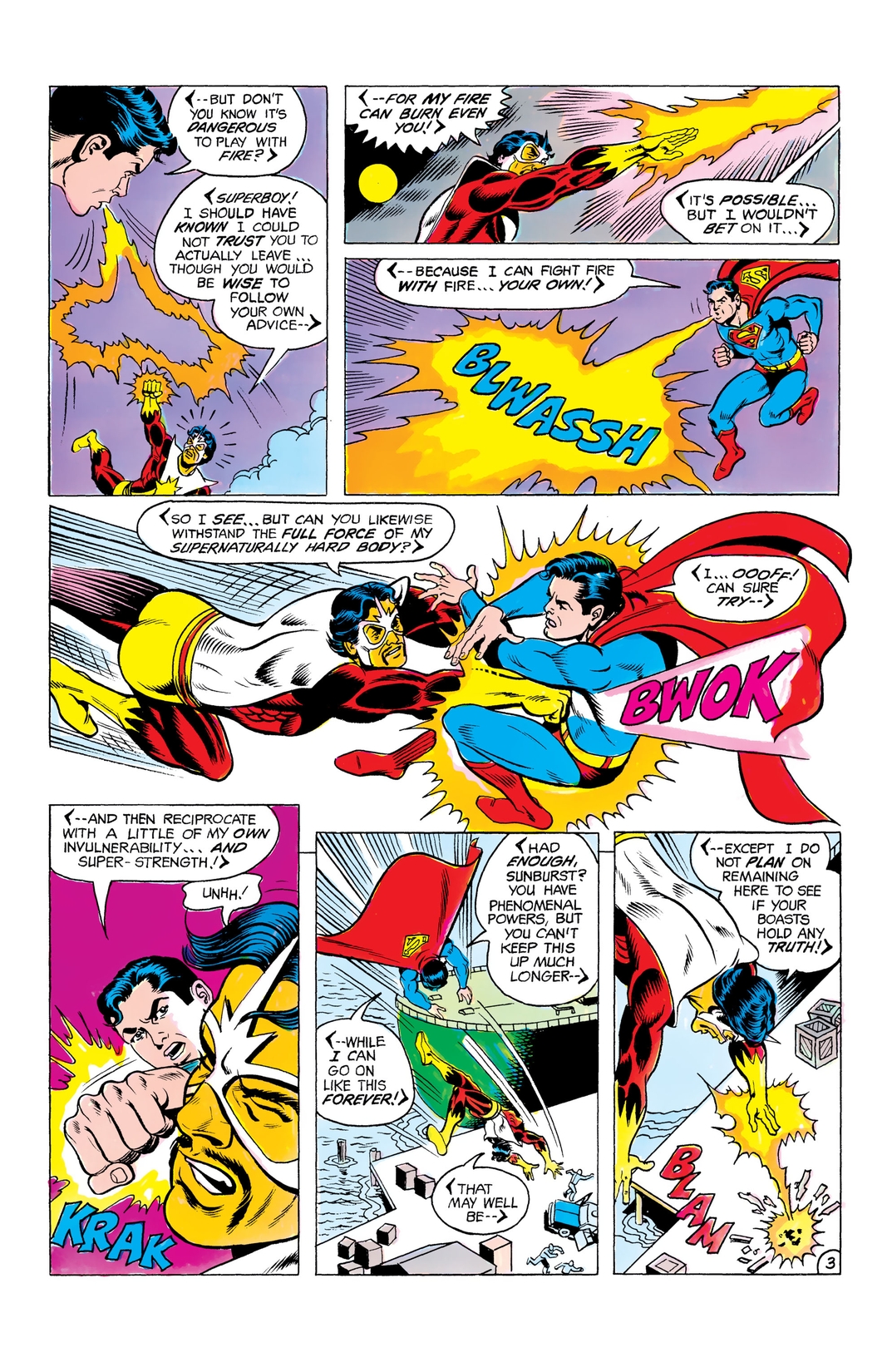 The Japanese movie hero turned real-life villain is still on the loose, terrorizing Tokyo as he holds Superboy at bay! But even a man of Sunburst’s might can be a victim of cruel fate. And while the Teen of Steel is busy fighting evil overseas, he is unaware of the dangers lurking in Smallville’s suddenly hazardous political arena for his adoptive father, Jonathan Kent!