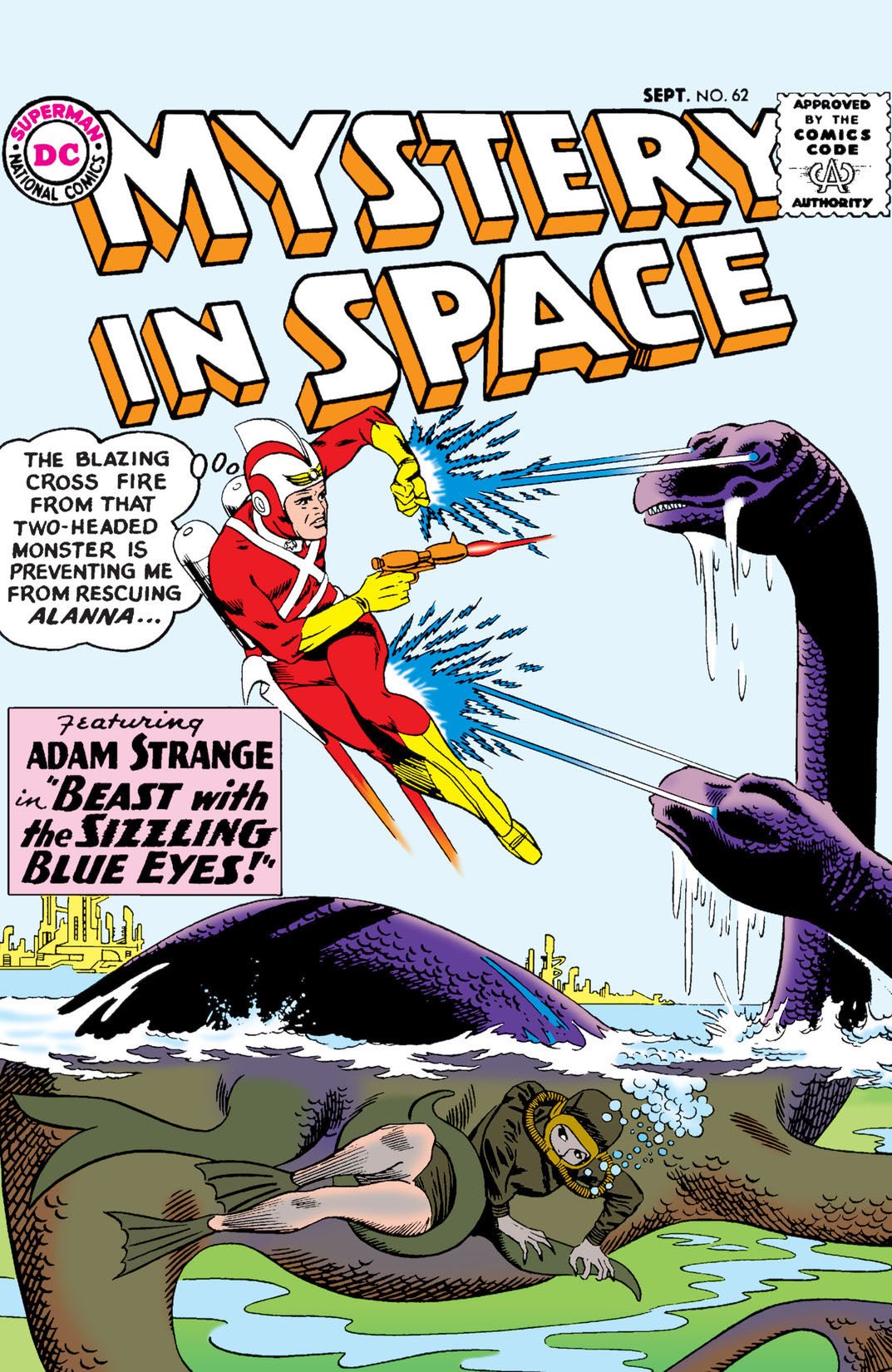 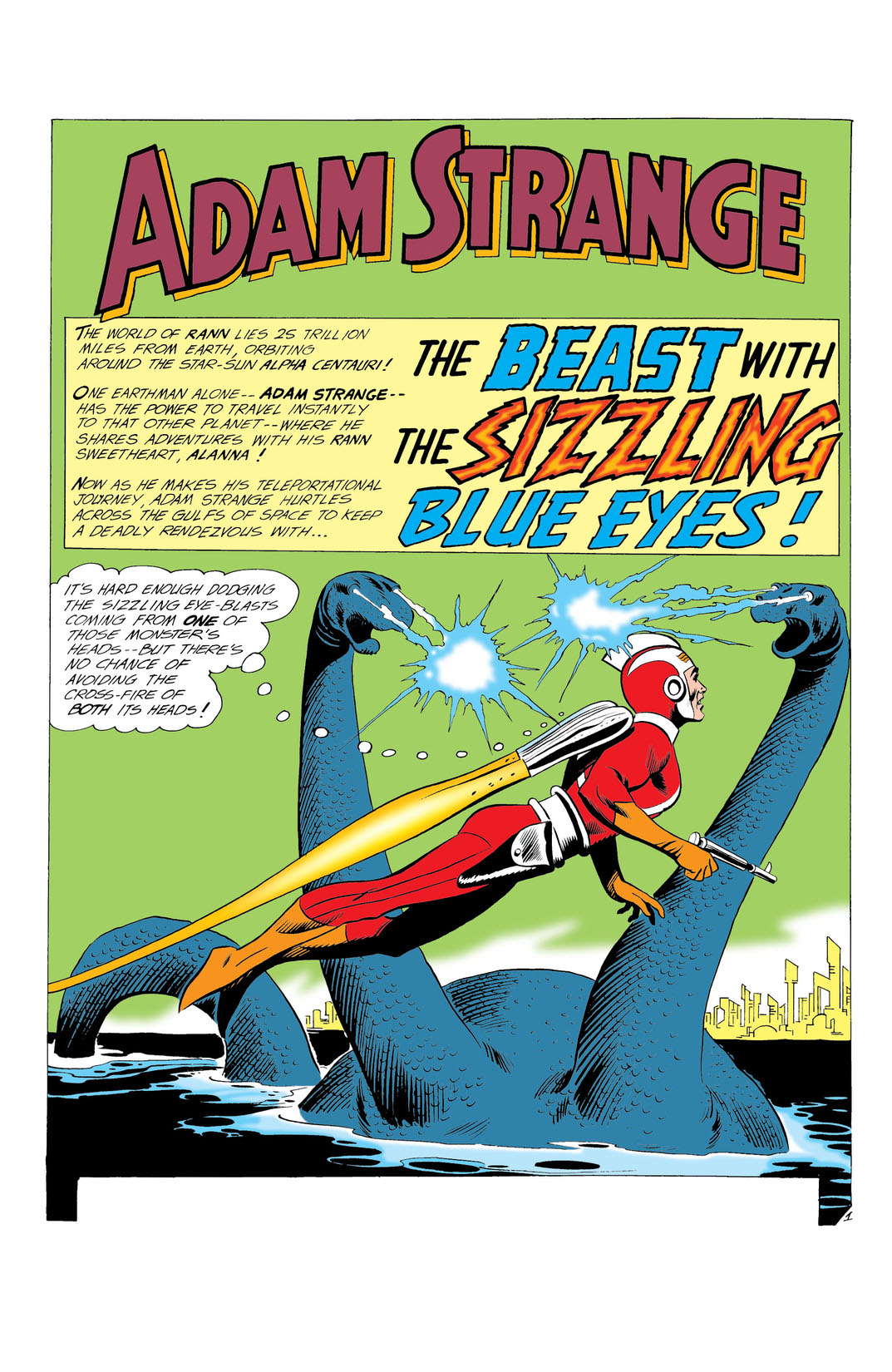 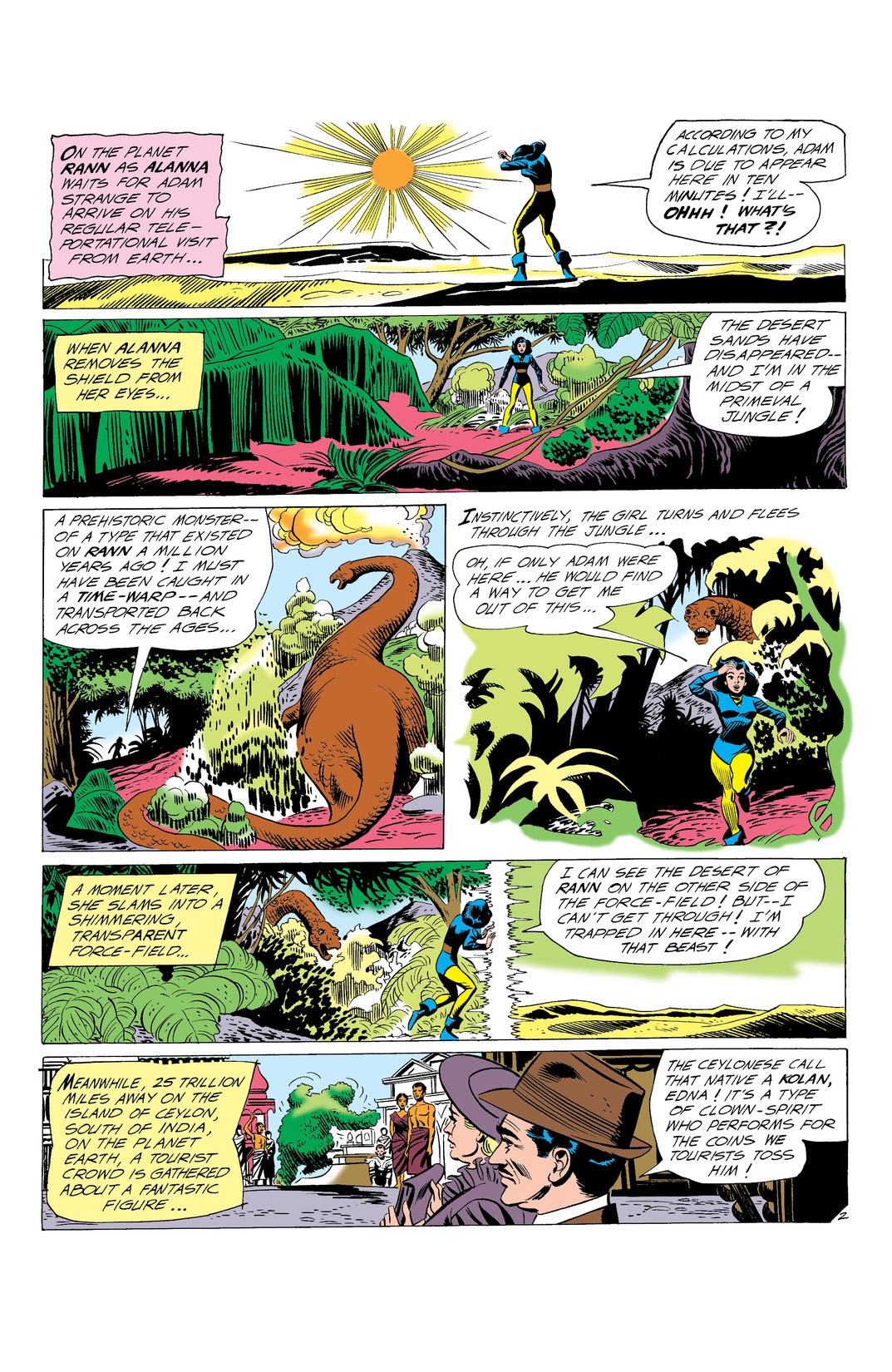 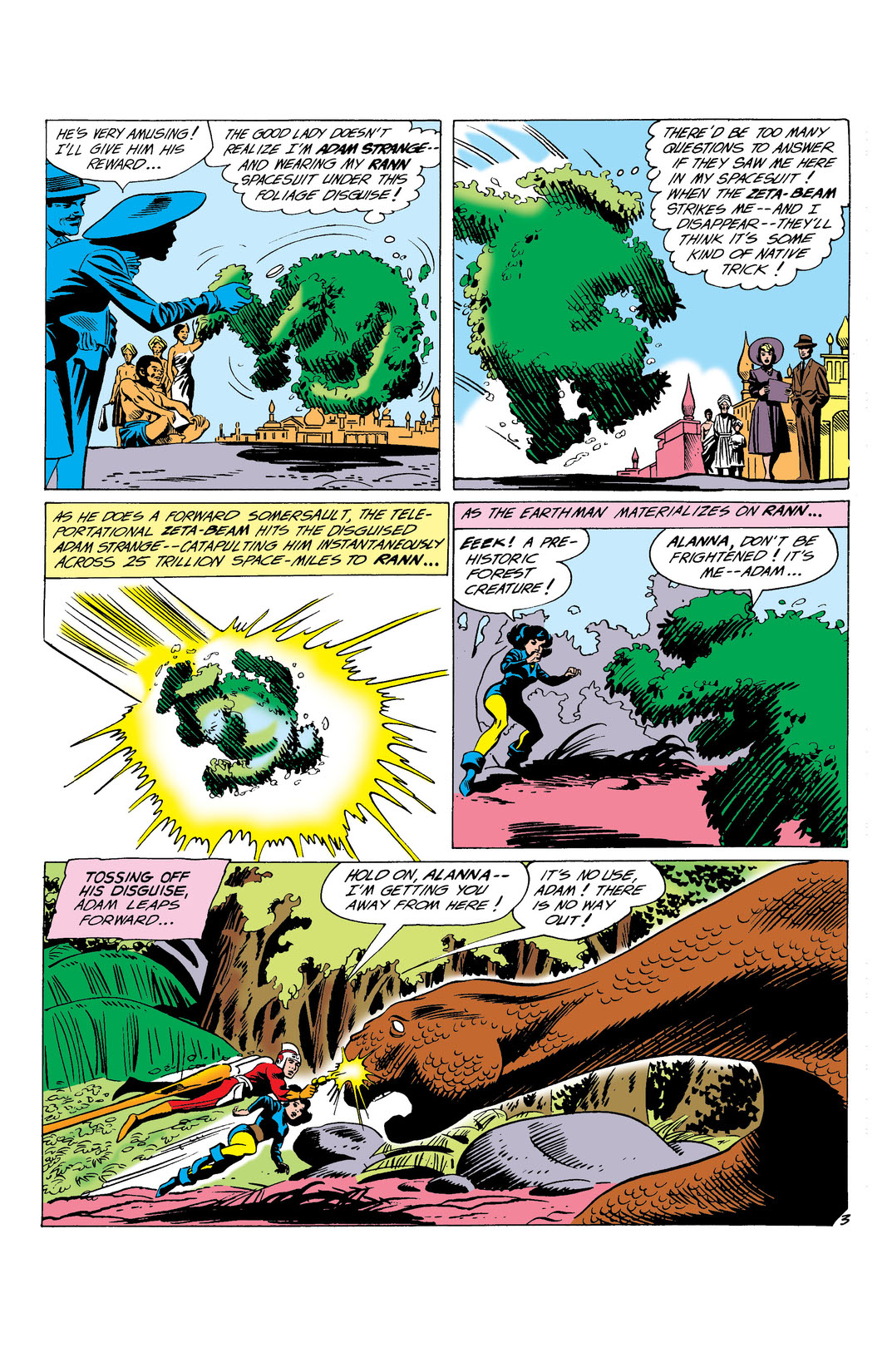 As Alanna waits for Adam Strange's arrival on Rann there is a sudden flash of bright light and she finds herself in a jungle in front of a giant lizard, the likes of which have not been seen on Rann! Meanwhile on Earth, Adam Strange is on the island of Ceylon near India where he is disguised as a Kolan (a creature of Ceylon myth) to intercept the Zeta Beam without revealing himself.