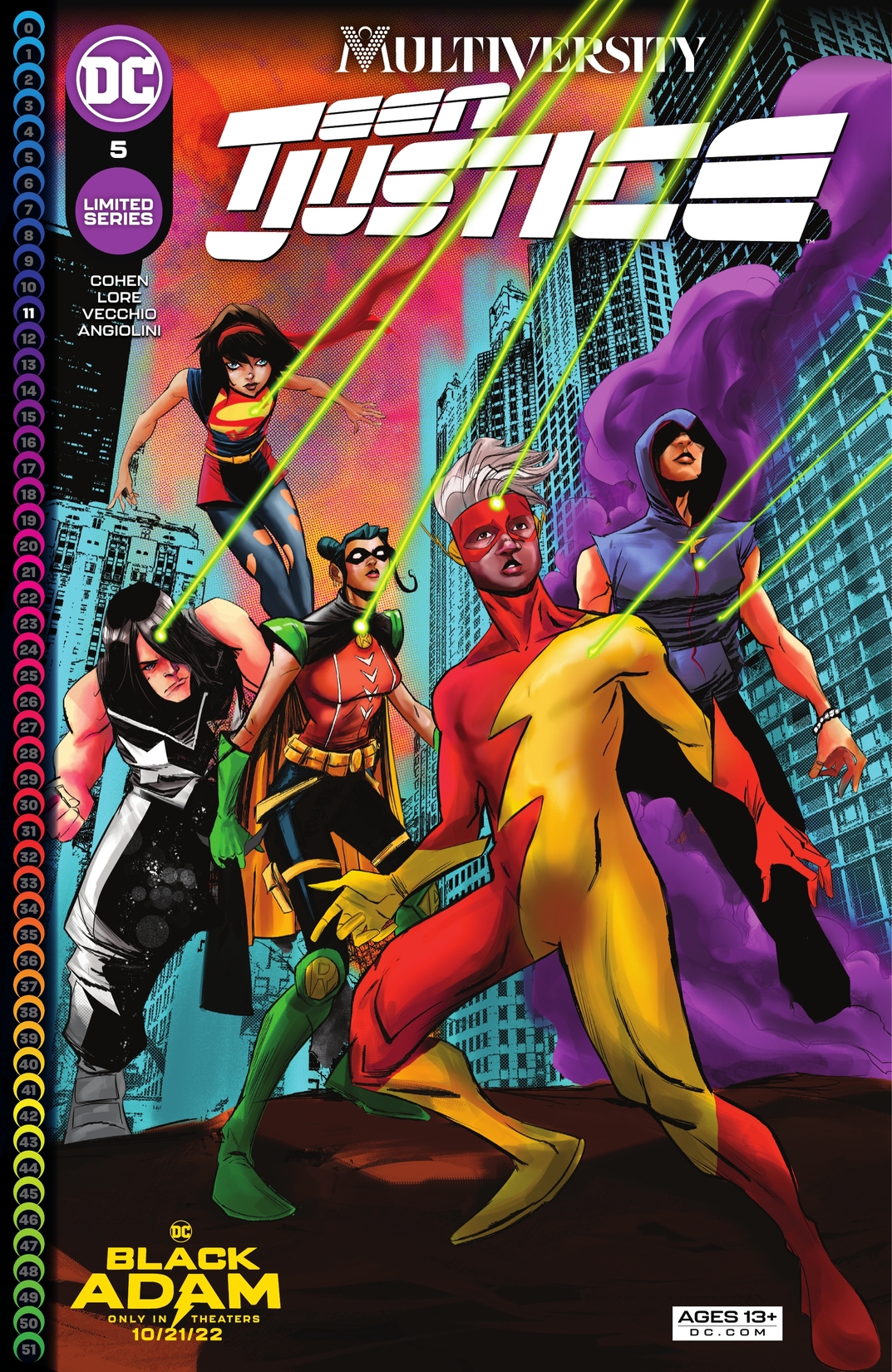 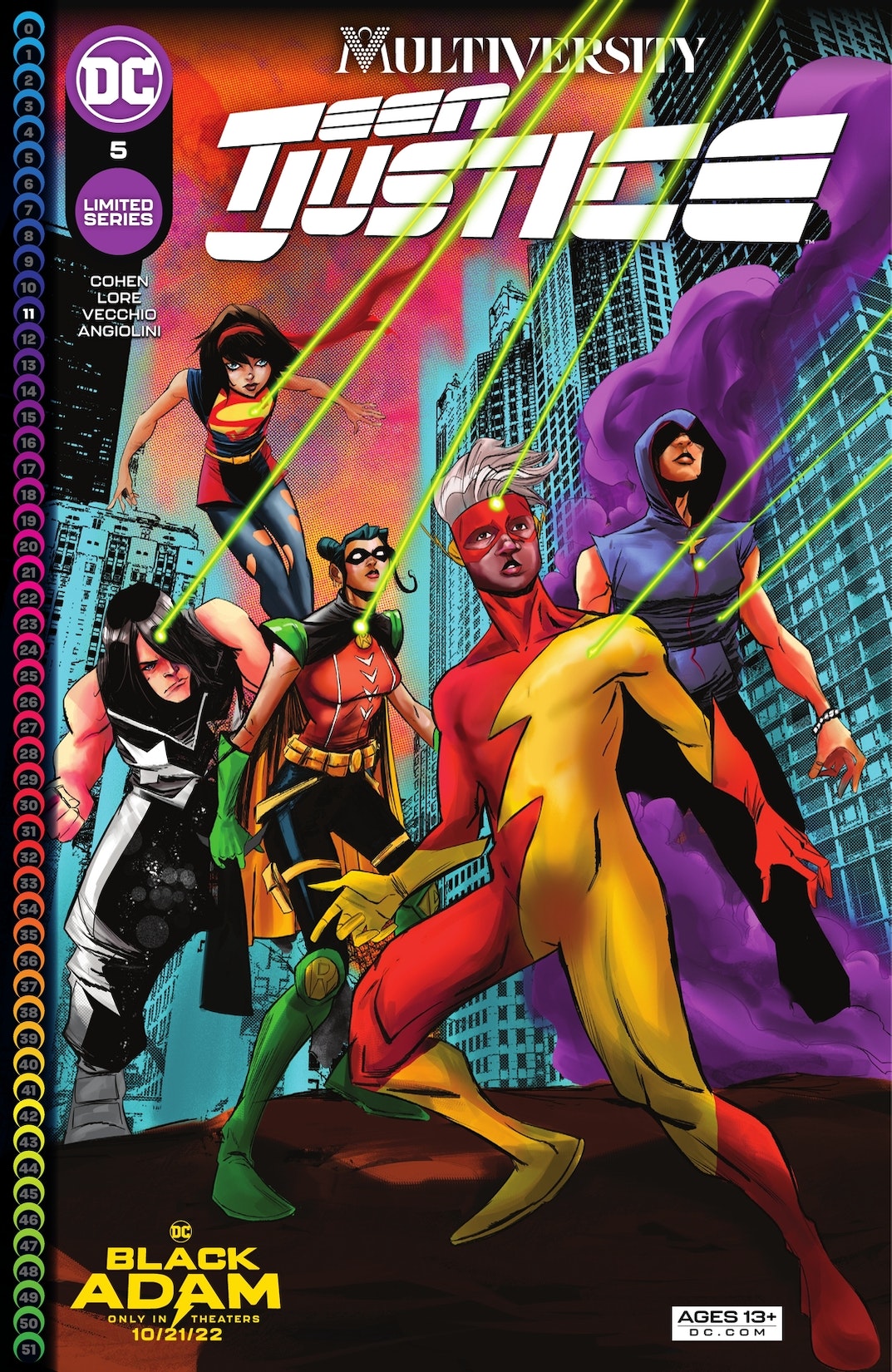 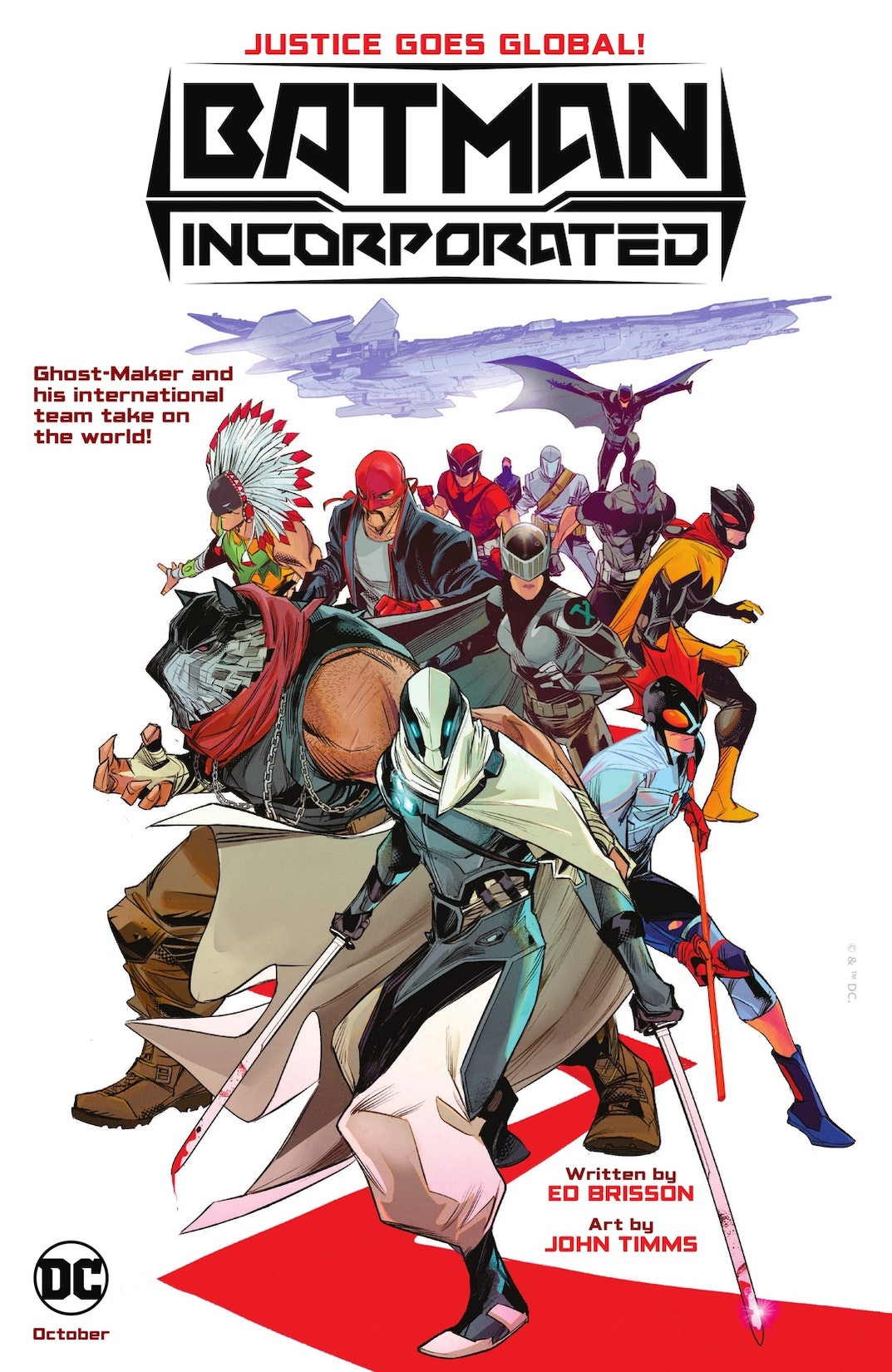 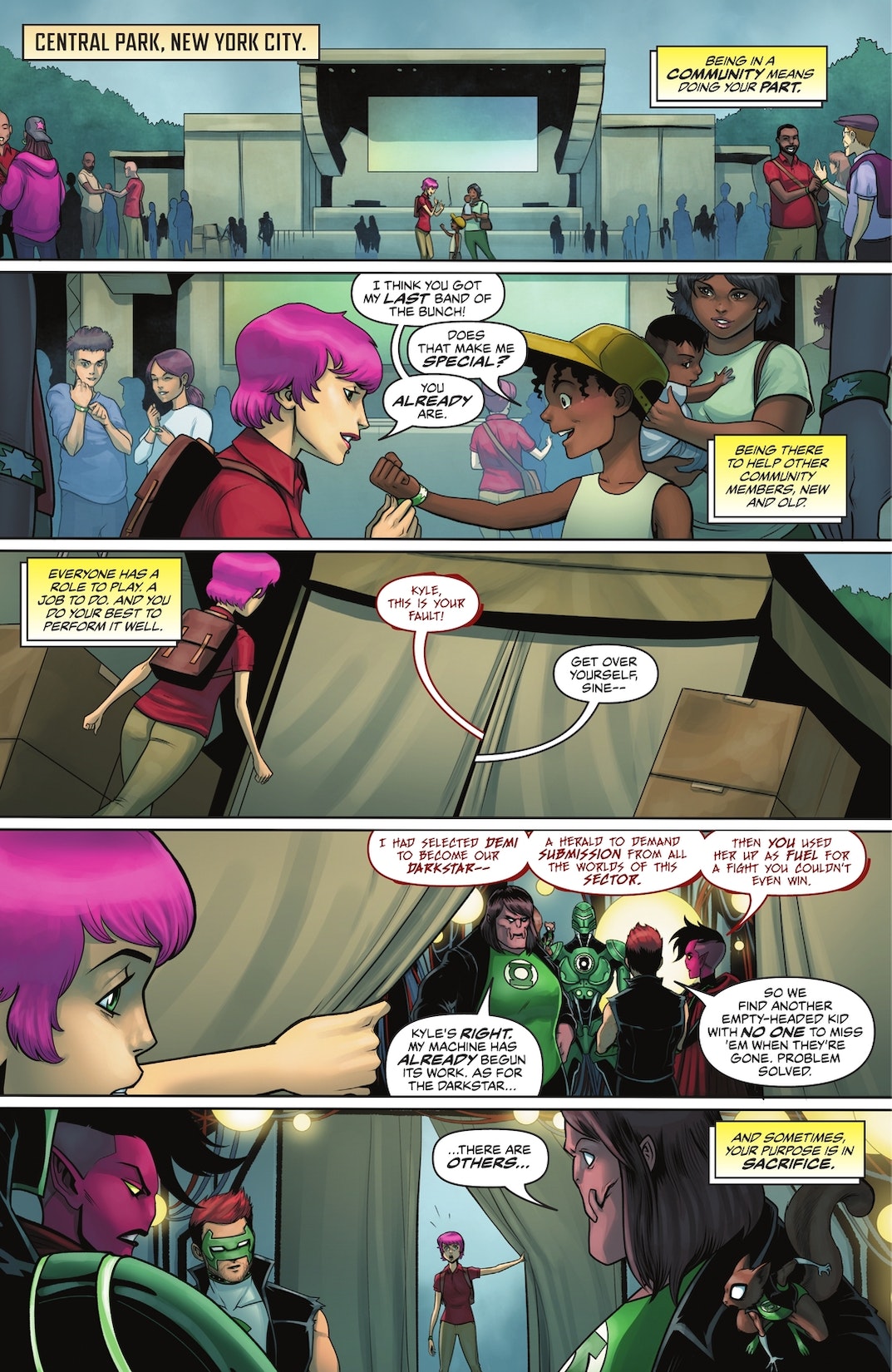 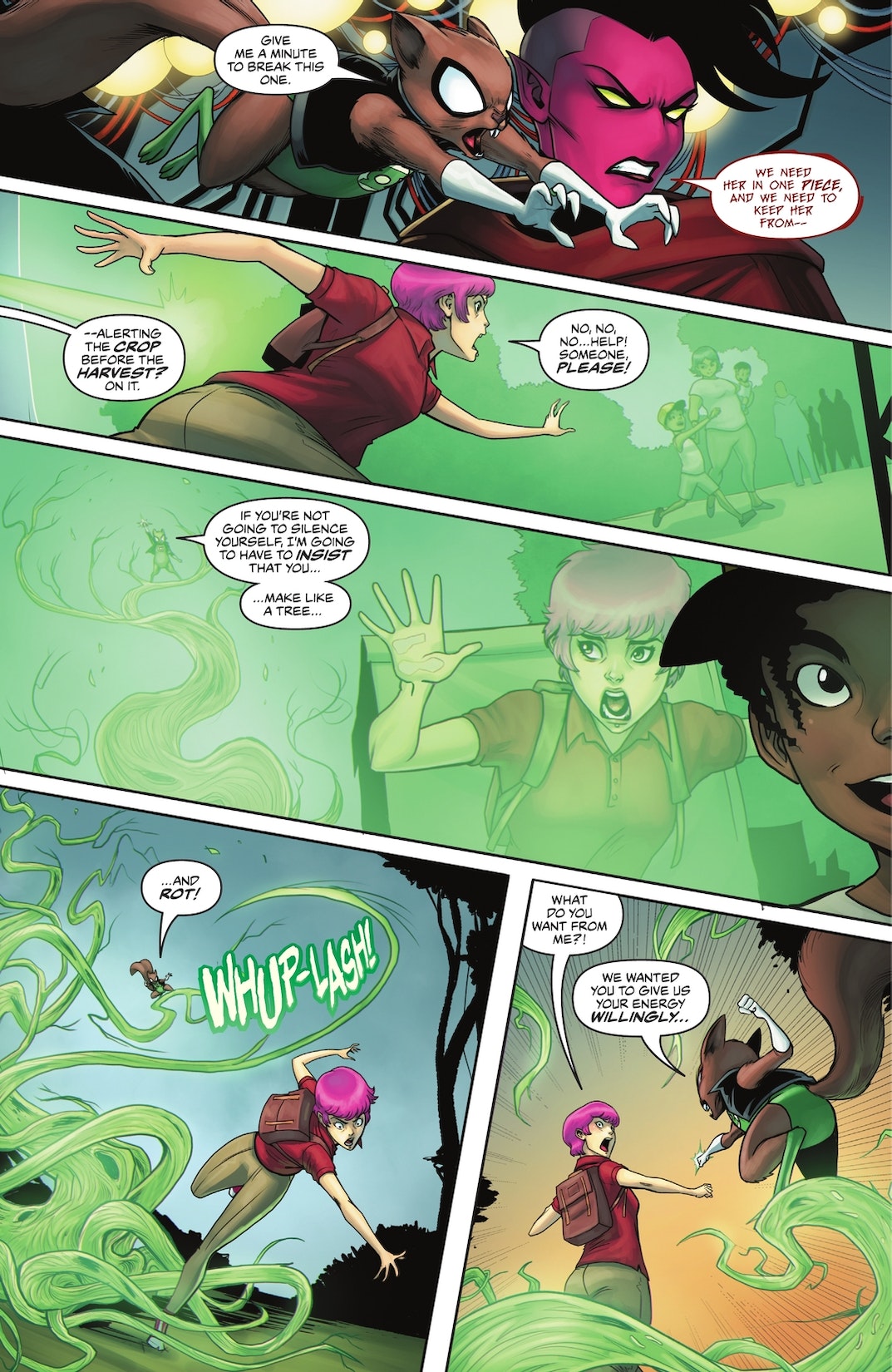 One of Earth-11’s bravest and boldest heroes makes the ultimate sacrifice to save one of their allies in Teen Justice! But can even that selfless choice turn the tide against the Core, whose plans involve the wholesale slaughter of tens of thousands of people? And what will survivor’s guilt do to the teen champion who didn’t want to be saved at such a heartbreaking cost? There’s only one issue left, but we’re not slowing down on the way to the finish line!