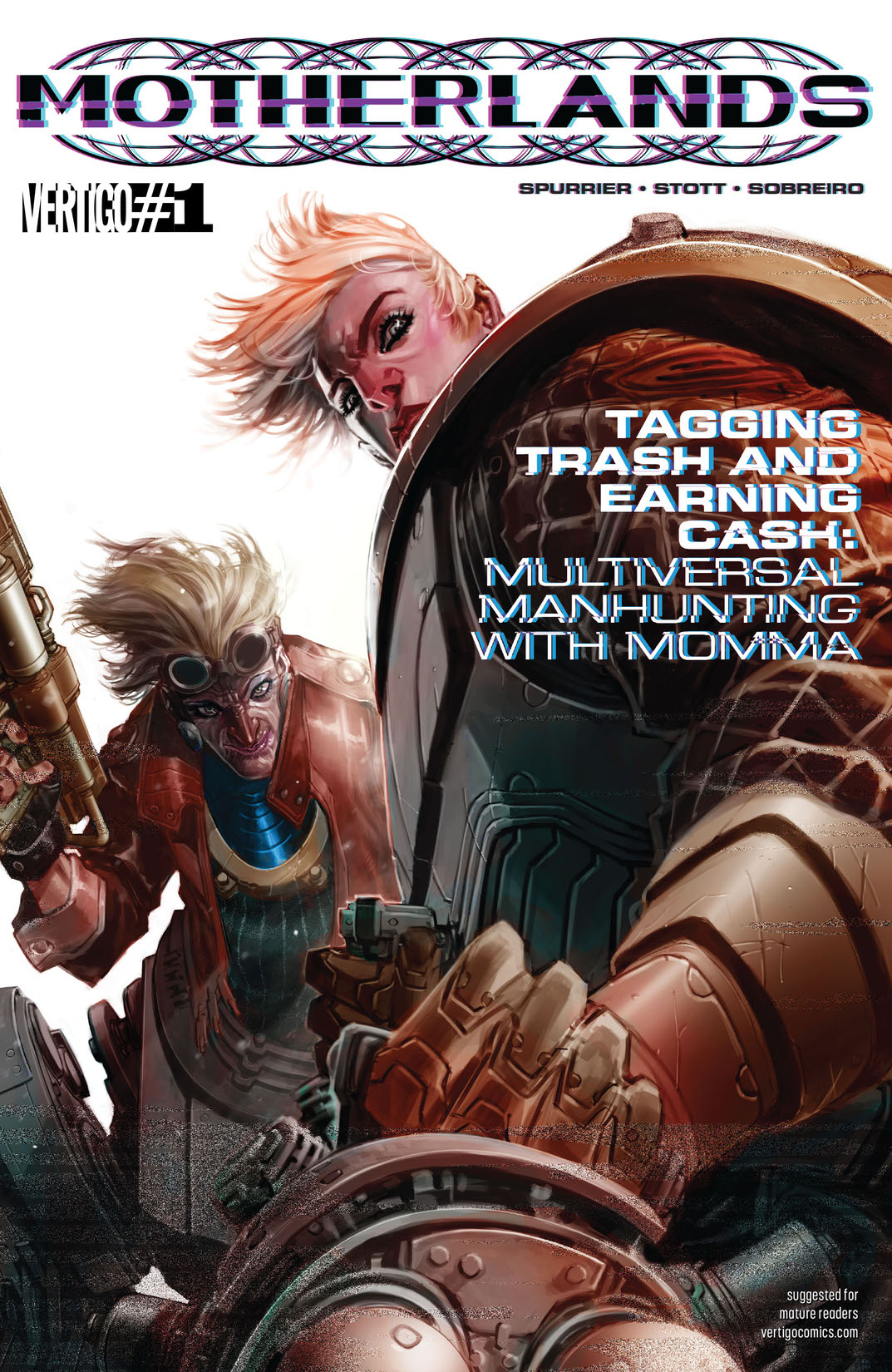 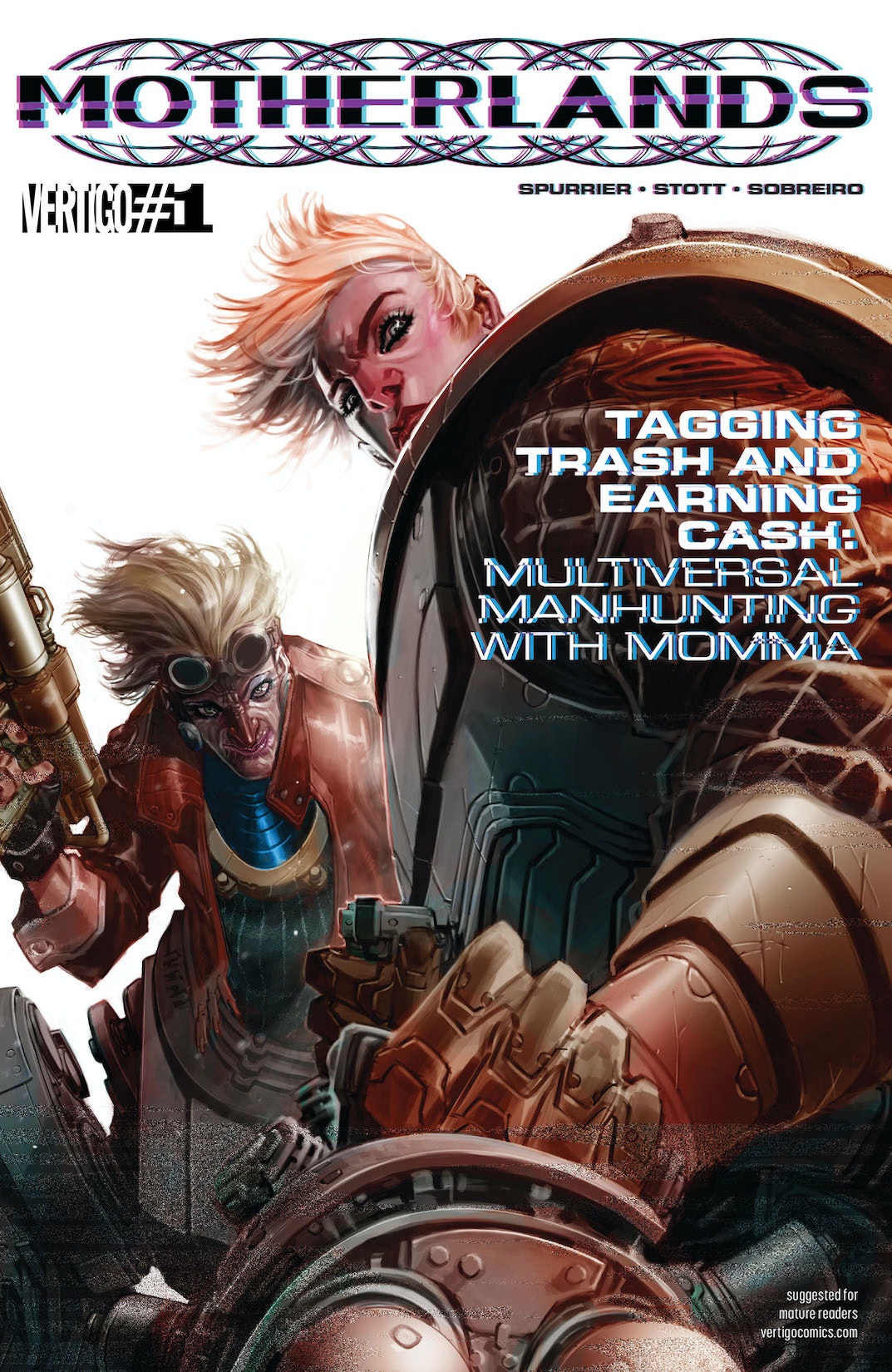 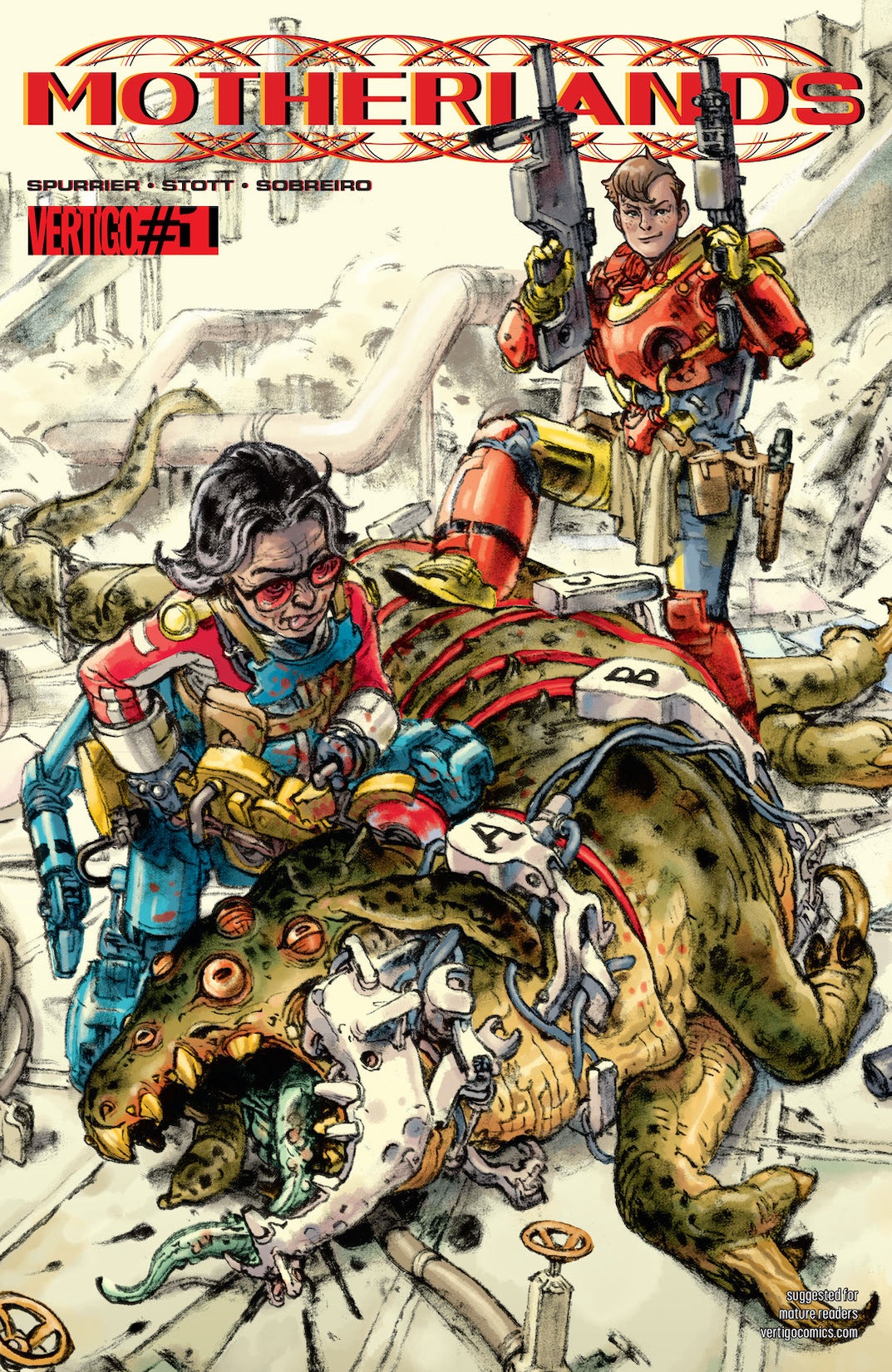 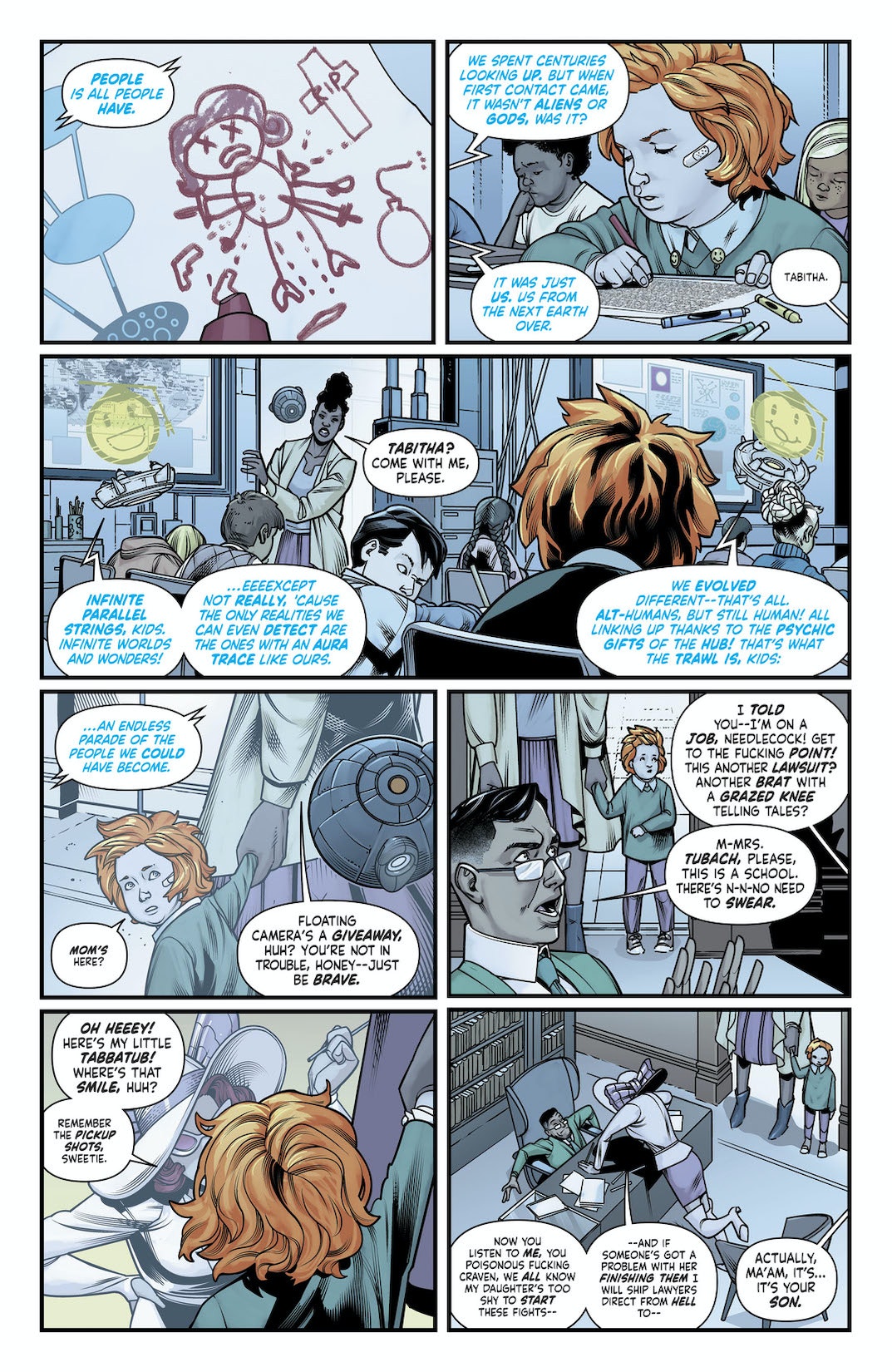 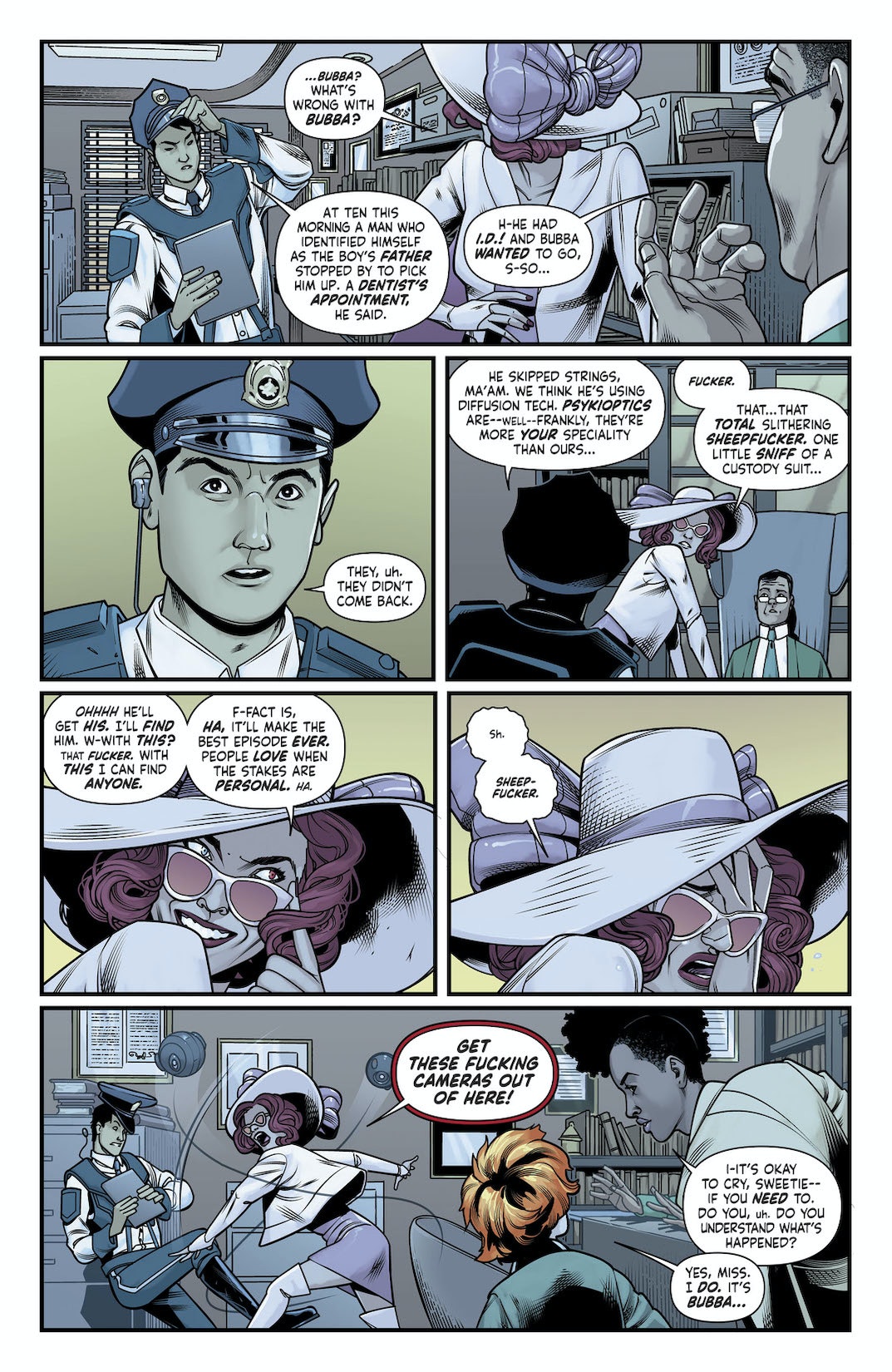 In a crazed future where unhinged technologies and interconnected parallel Earths have given rise to a spectacular class of super-criminal, the most beloved celebrities aren’t actors or rock stars, but the bounty hunters who traverse an exotic multiverse in search of impossible prey! But when the spotlight-shunning, strait-laced tracer known as Tab finds herself in an ultra-violent race for her greatest prize yet, she’s forced to work with her greatest enemy, the only person capable of IDing him: her own elderly, overbearing and hypercritical mother, who was once the most fabulous and celebrated bounty hunter of them all.