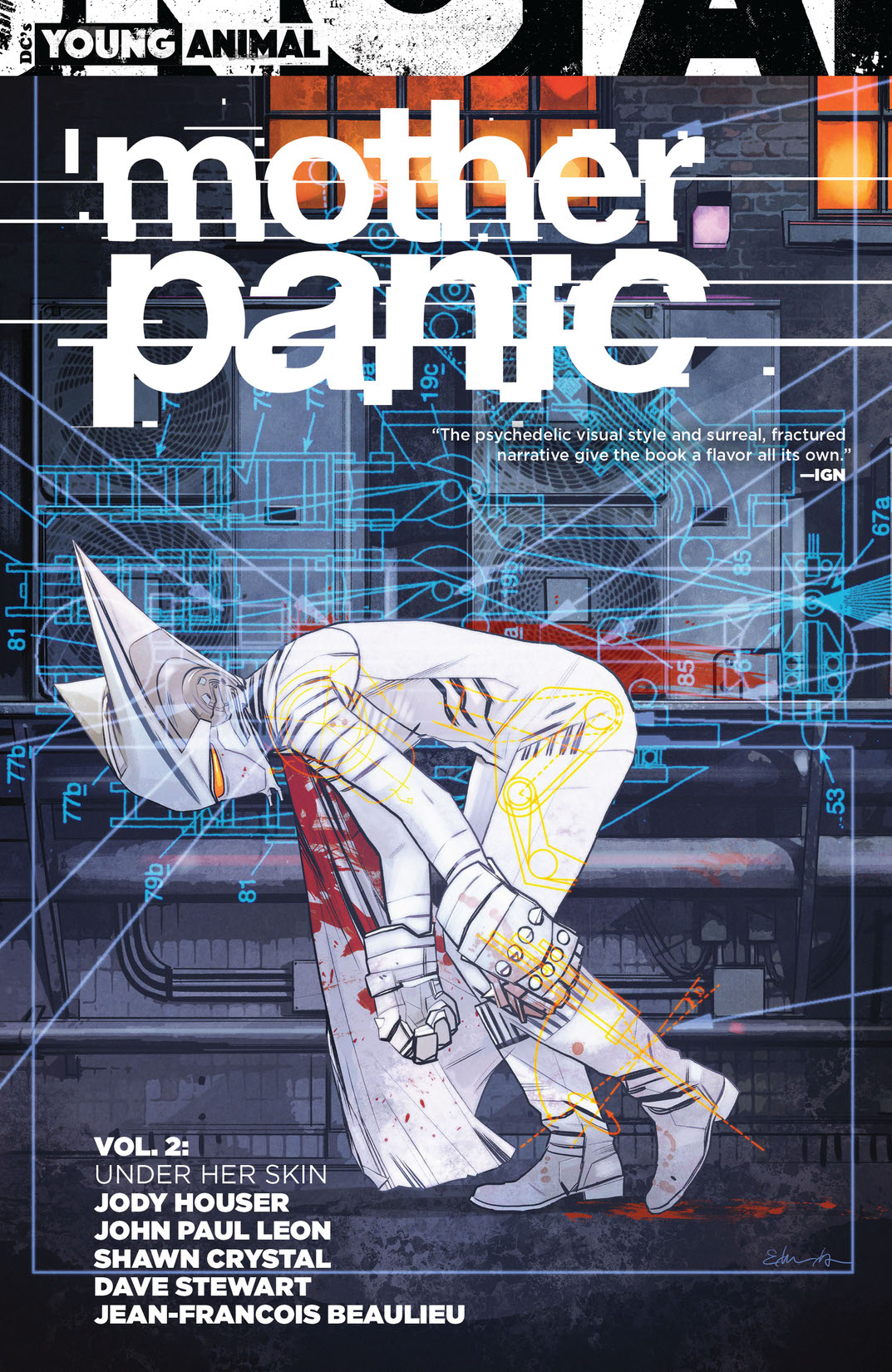 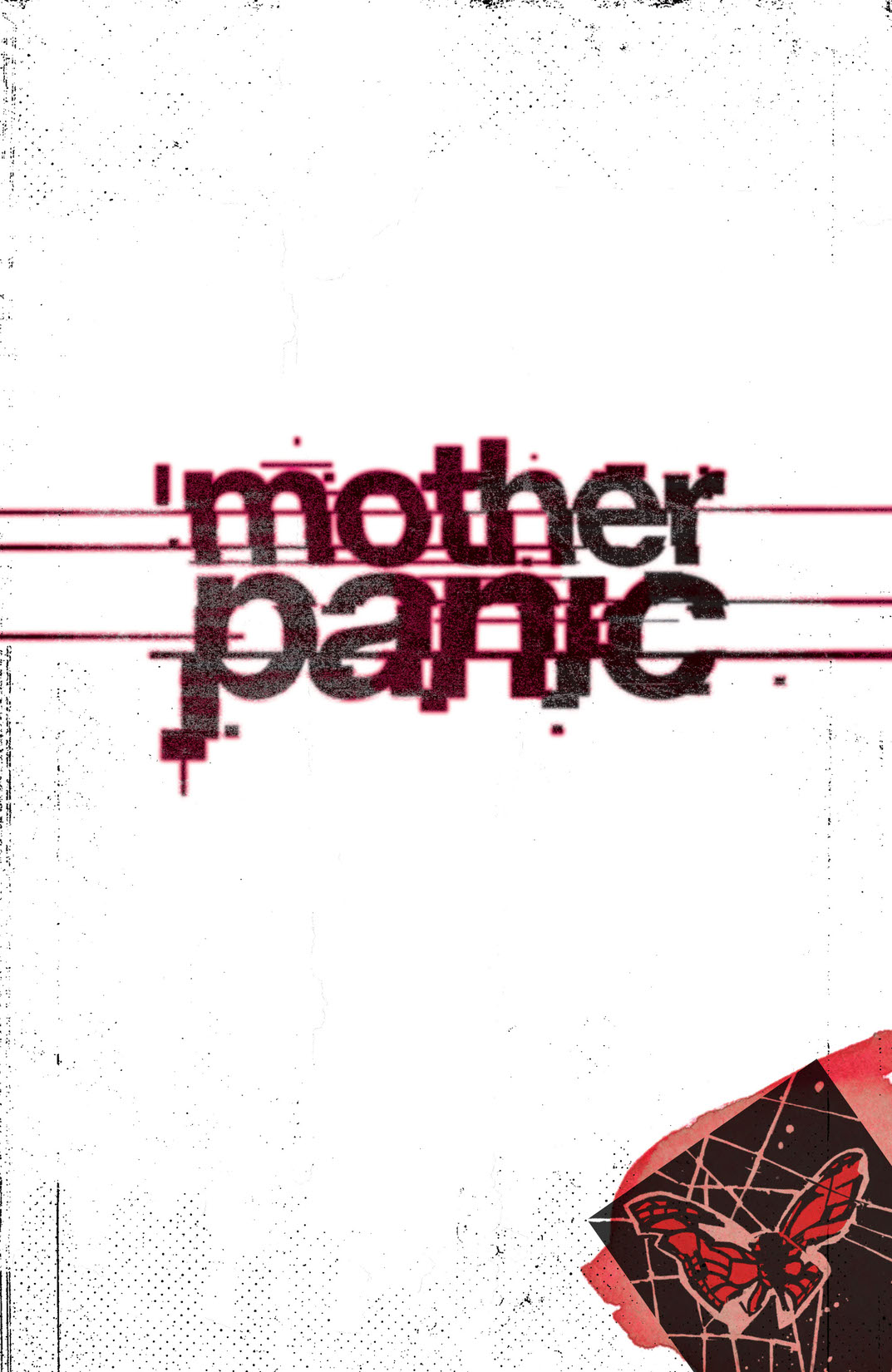 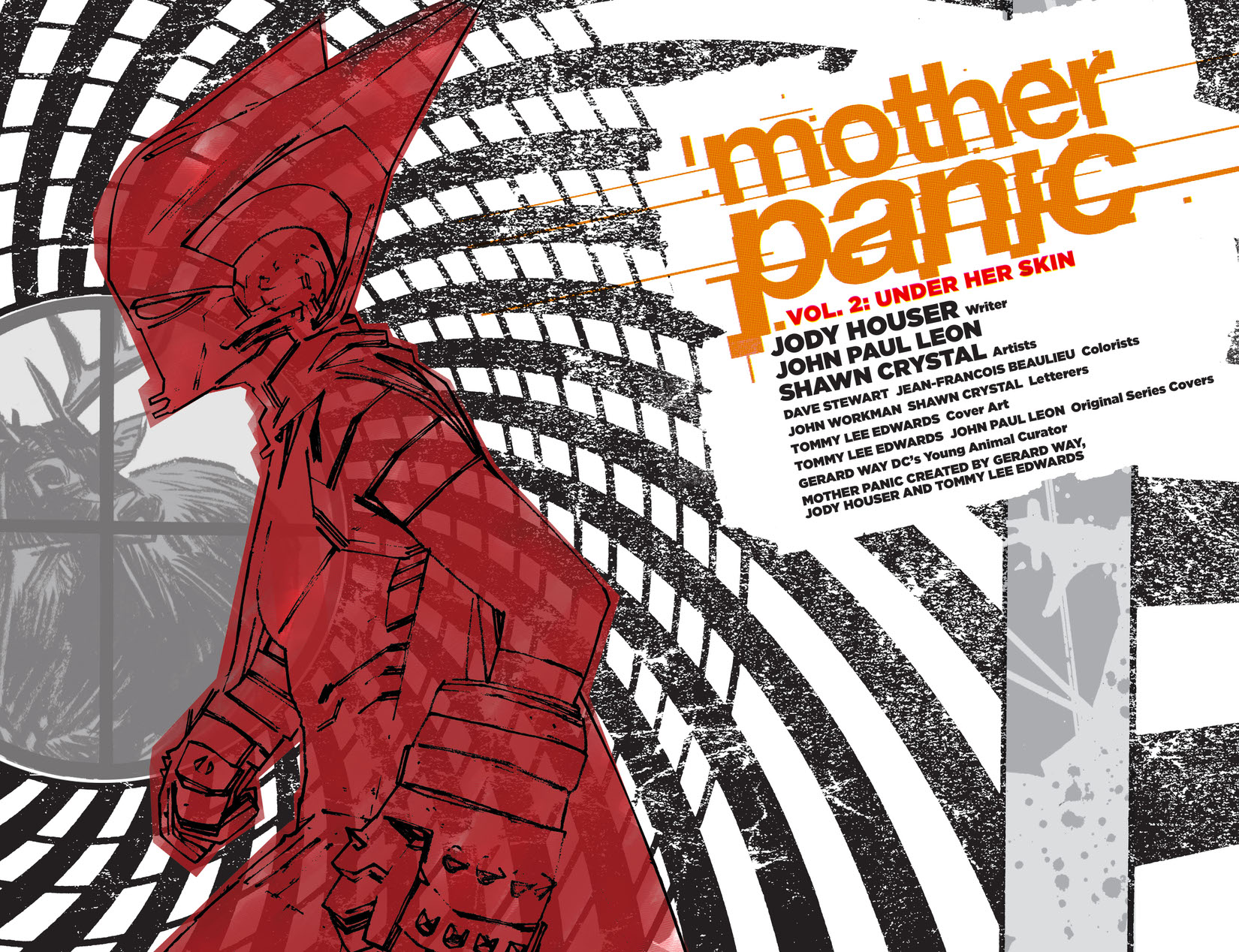 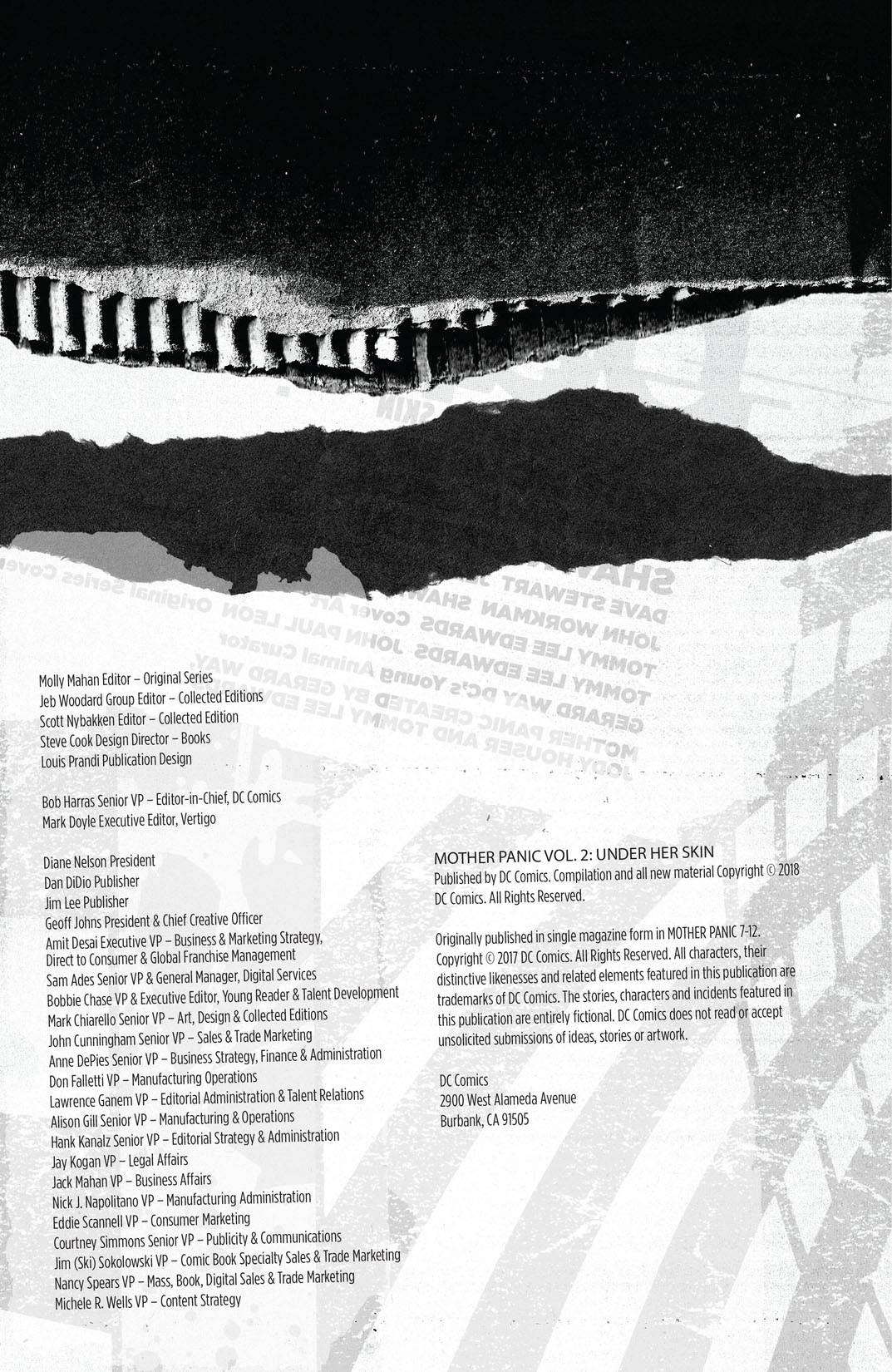 MOTHER PANIC VOL. 2: UNDER HER SKIN is the latest chapter in the action-packed series from the acclaimed creative team of Jody Houser, John Paul Leon, Shawn Crystal and DC’s Young Animal mastermind Gerard Way! Before she was Violet Paige, the wild-child toast of Gotham City’s social scene…and before she was Mother Panic, the white-clad terror of its richest, most untouchable criminals… She was Seventeen, a tortured experimental subject in the sinister institution known as Gather House. There, she was broken in mind and body, meshed with cybernetic implants and brutally shaped into the ultimate fighting machine—until she turned on her masters and broke free to become Gotham’s most violent vigilante. But while Gather House is gone, its ghosts remain. The implants that give Violet her extraordinary powers are starting to freeze up, leaving her dangerously—and unpredictably—vulnerable in combat. Meanwhile, an old “classmate” whom she thought was long dead has resurfaced, bringing bad memories with her—all while new serial killers are preying upon Gotham’s citizens and the Batman is steadily working toward uncovering her secrets. Can Mother Panic solve the riddles of her past and put Gather House behind her once and for all? Or will her one-woman war on the one percent come crashing down around her? Collects issues #7-12.