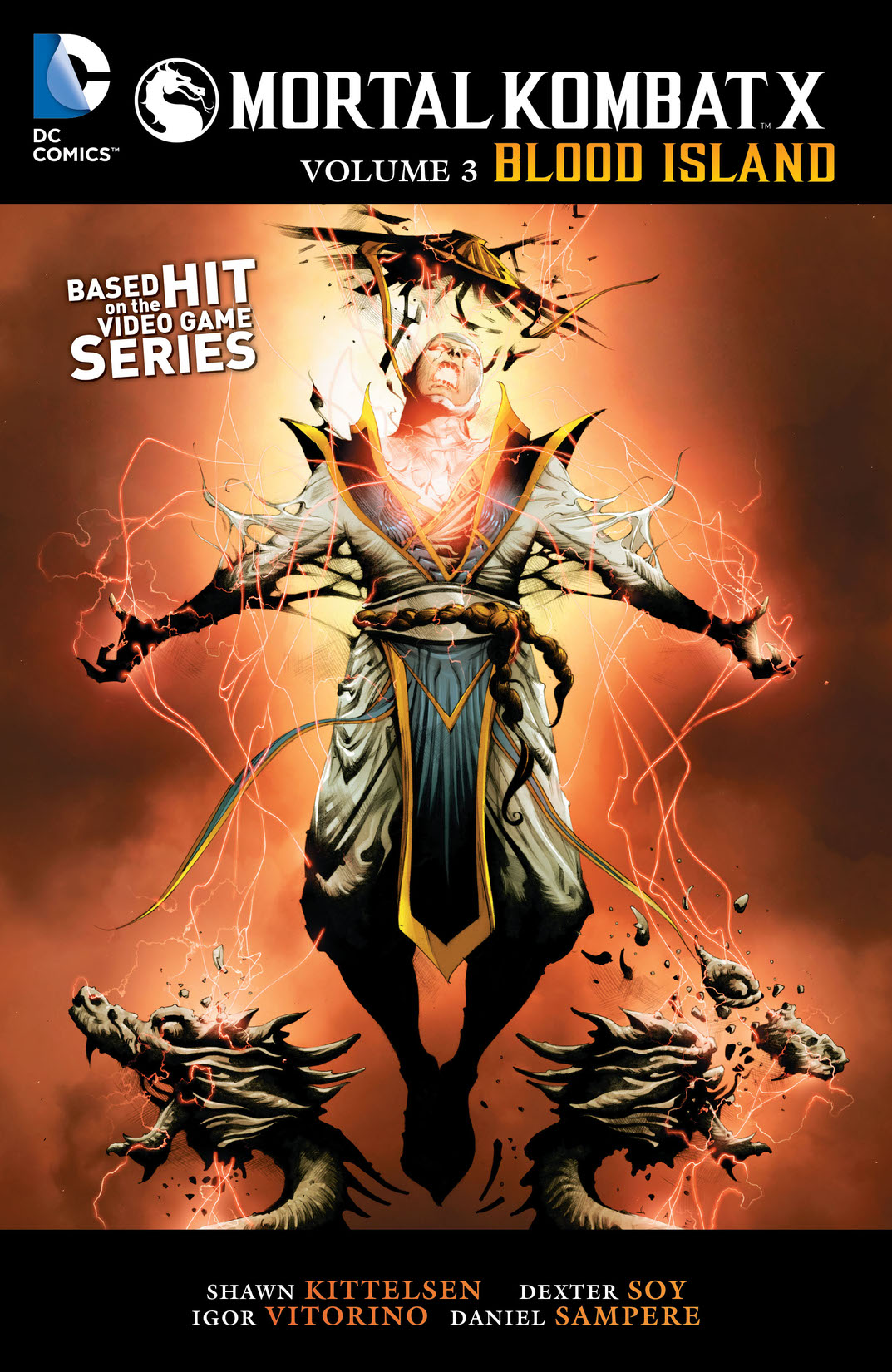 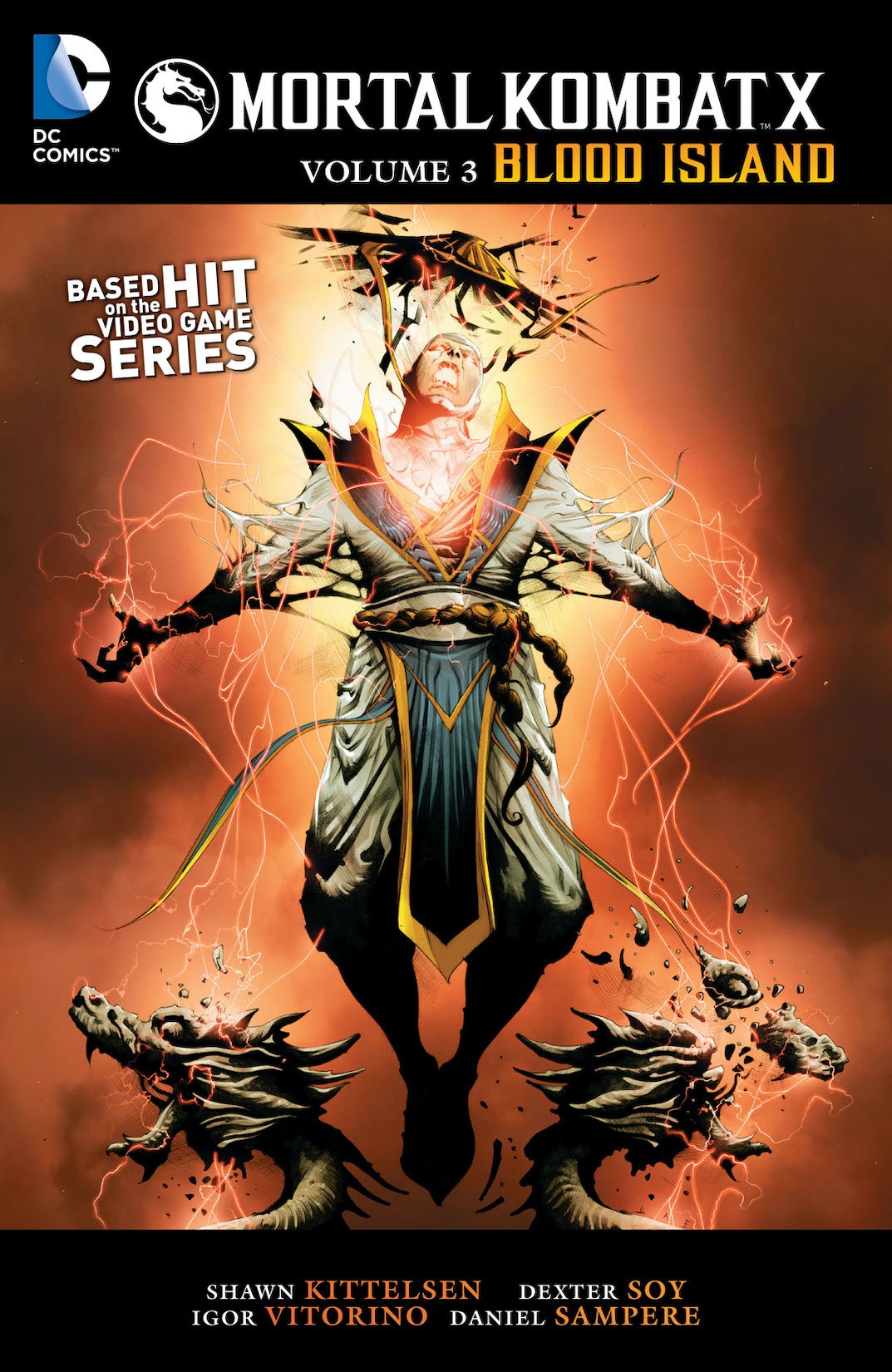 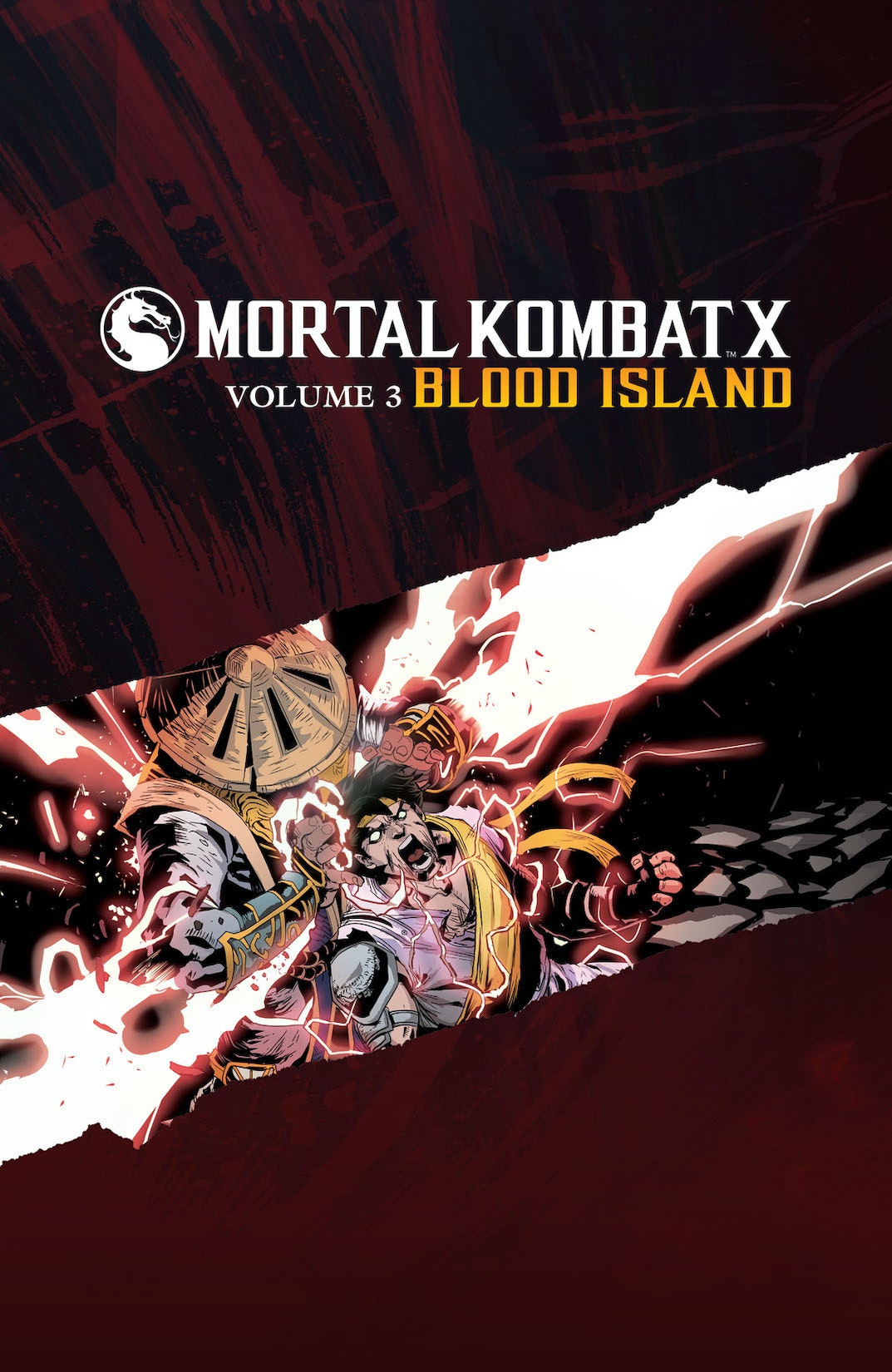 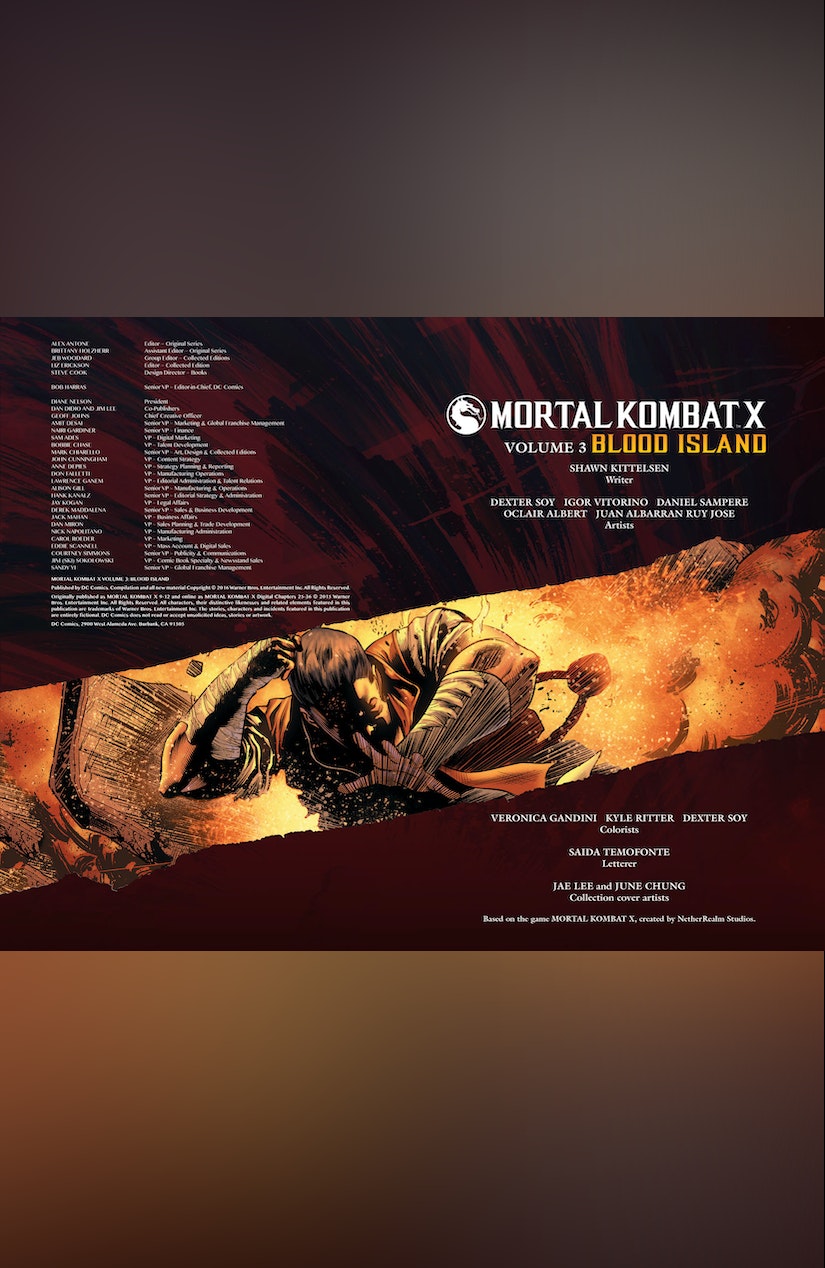 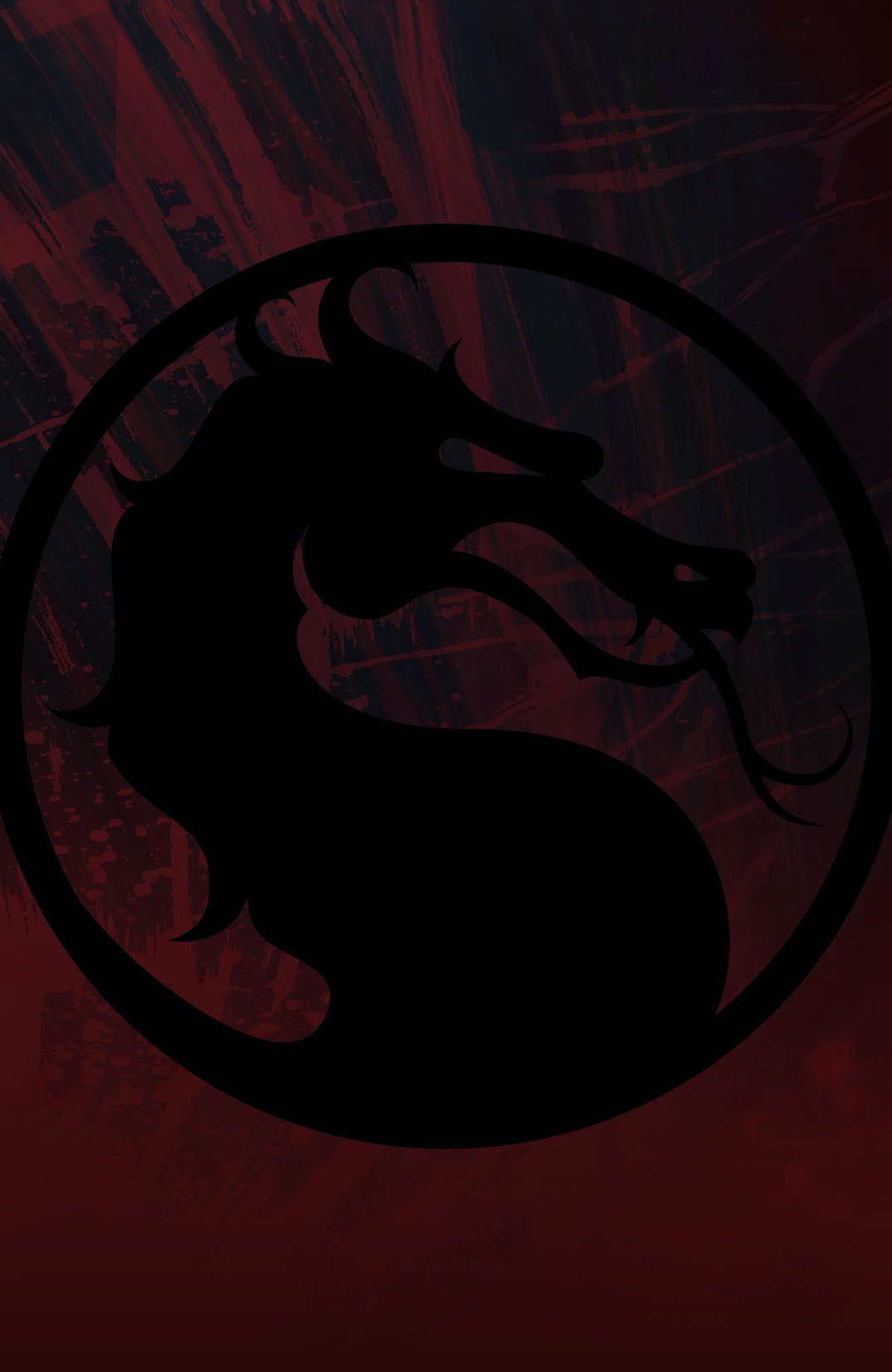 The bloody finale of the best-selling digital-first series that leads into the hit video game! The Thunder God Raiden and his champions saved Earthrealm from the Elder God Shinnok and his undead army, but a greater threat now rises on the shores of Shang Tsung's Island. Havik, the Cleric of Chaos, has allied himself with General Reiko, who has been made unkillable by the same Kamidogu Blood Majik that enhances his forces and possesses the daughters of Sonya Blade, Johnny Cage and "Jax" Briggs-as well as Raiden himself. To stop Reiko from becoming a Blood God and Havik from obtaining the all-powerful Amulet of Shinnok, Earthrealm and Outworld's greatest Kombatants must put aside their mutual hatred and join forces. But when the combined might of Kotal Kahn, Mileena, Johnny Cage, Sonya Blade and Ermac isn't enough to turn their foes into fatalities, all hope for Earthrealm's salvation may rest with the least likely hero-Scorpion's lowly apprentice, Takeda Takahashi! From writer Shawn Kittelsen and artists including Dexter Soy (DC UNIVERSE VS. MASTERS OF THE UNIVERSE), Igor Vitorino (GREEN HORNET) and Daniel Sampere (BATGIRL), MORTAL KOMBAT X VOL. 3: BLOOD ISLAND collects issues #9-12.