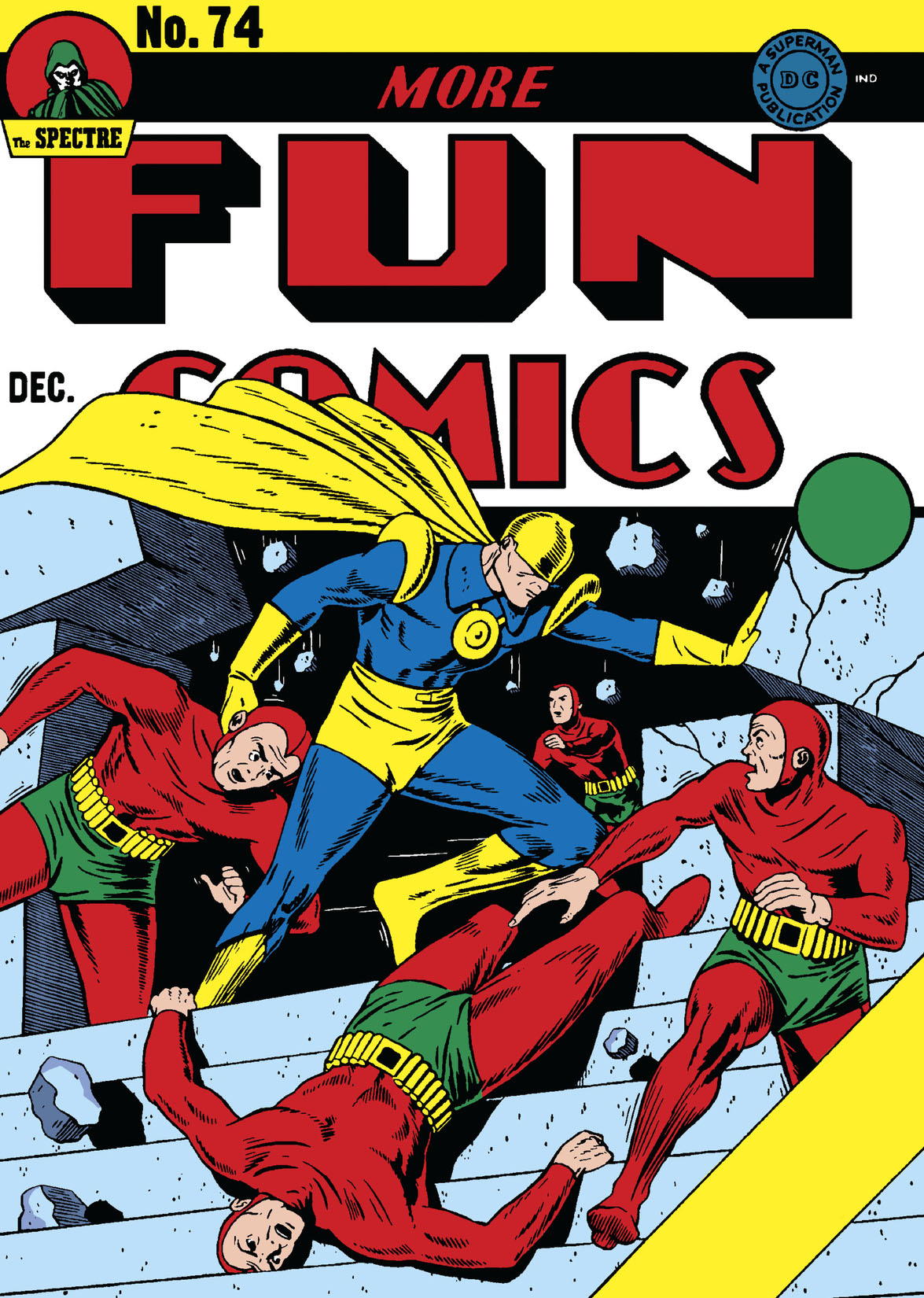 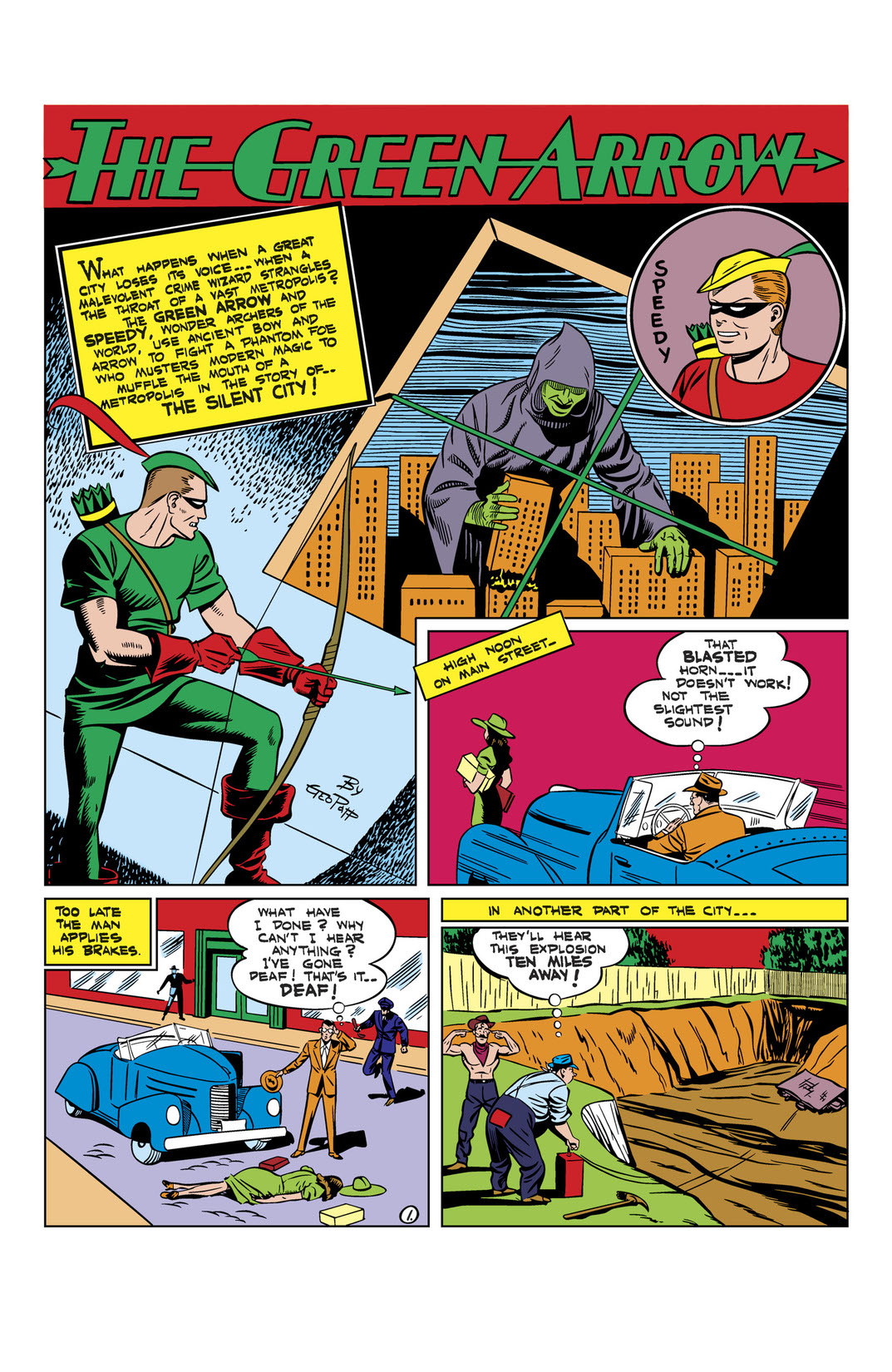 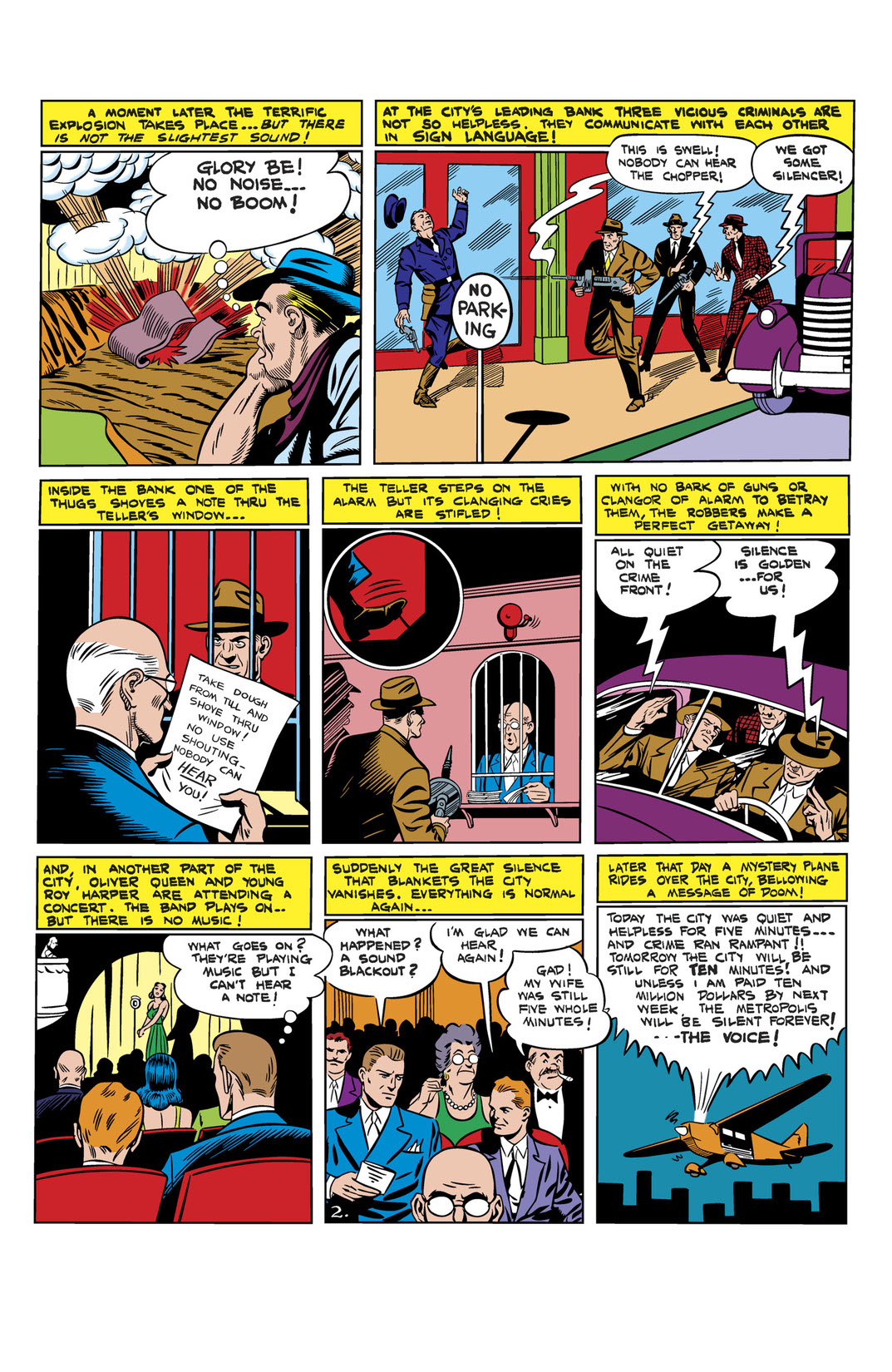 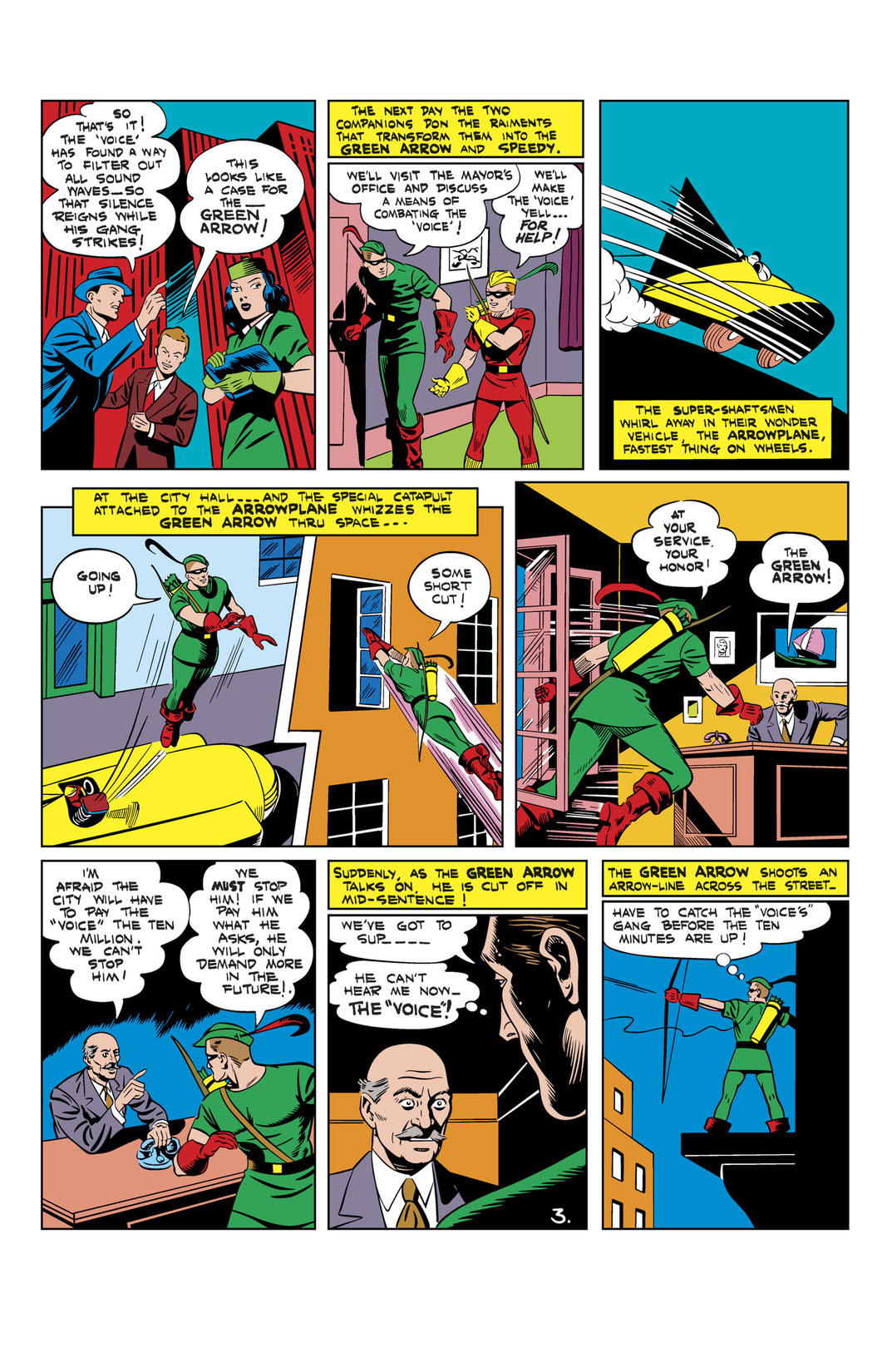 This issue collects issues #74-75 of More Fun Comics, featuring: “THE BATTLE AGAINST TIME!” Inza asks Dr. Fate to help clear a convicted murderer, whom she believes is innocent, before his scheduled execution at midnight! Plus, Green Arrow in “CRIME COLLEGE” and “THE SILENT CITY!”