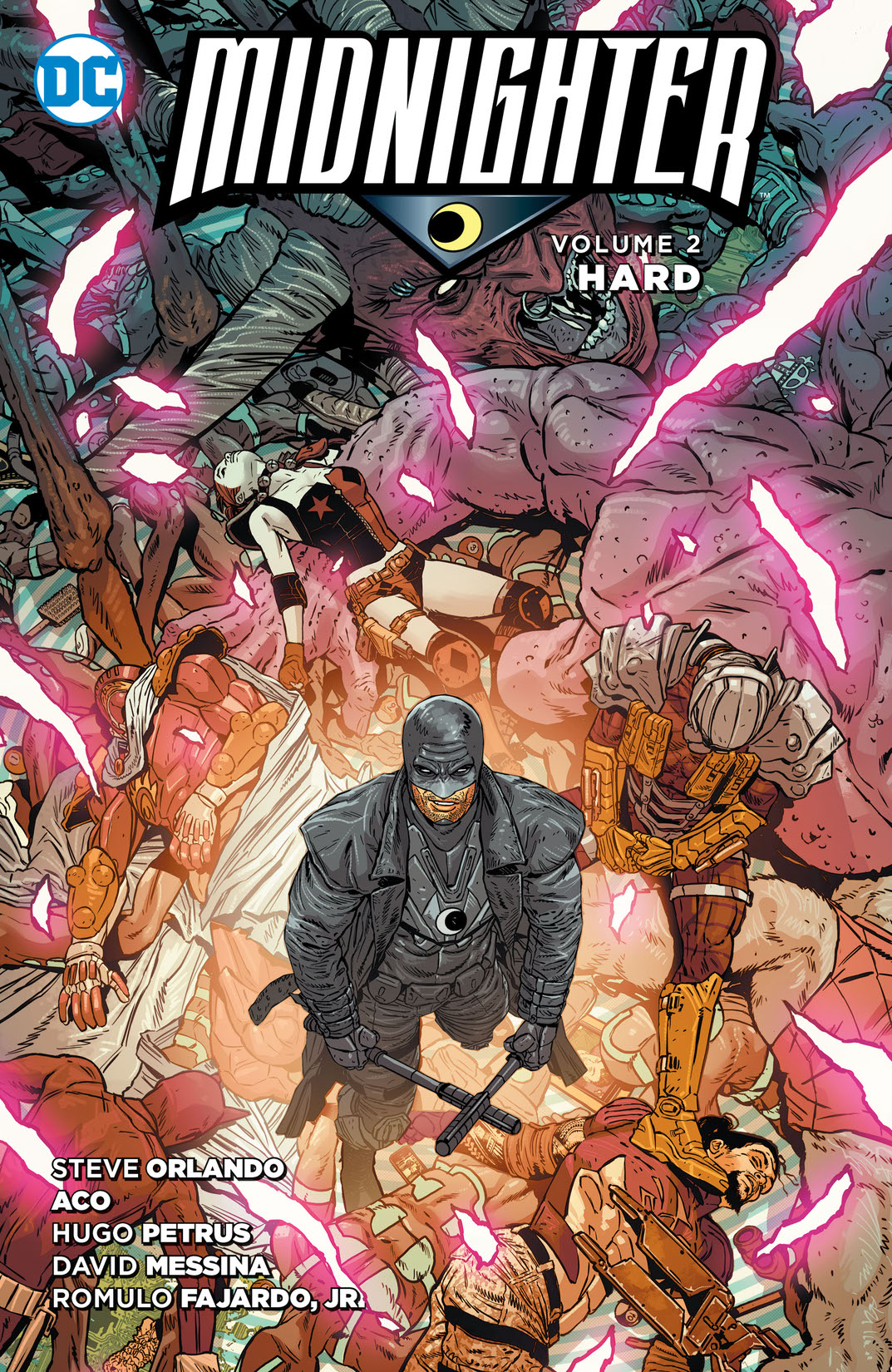 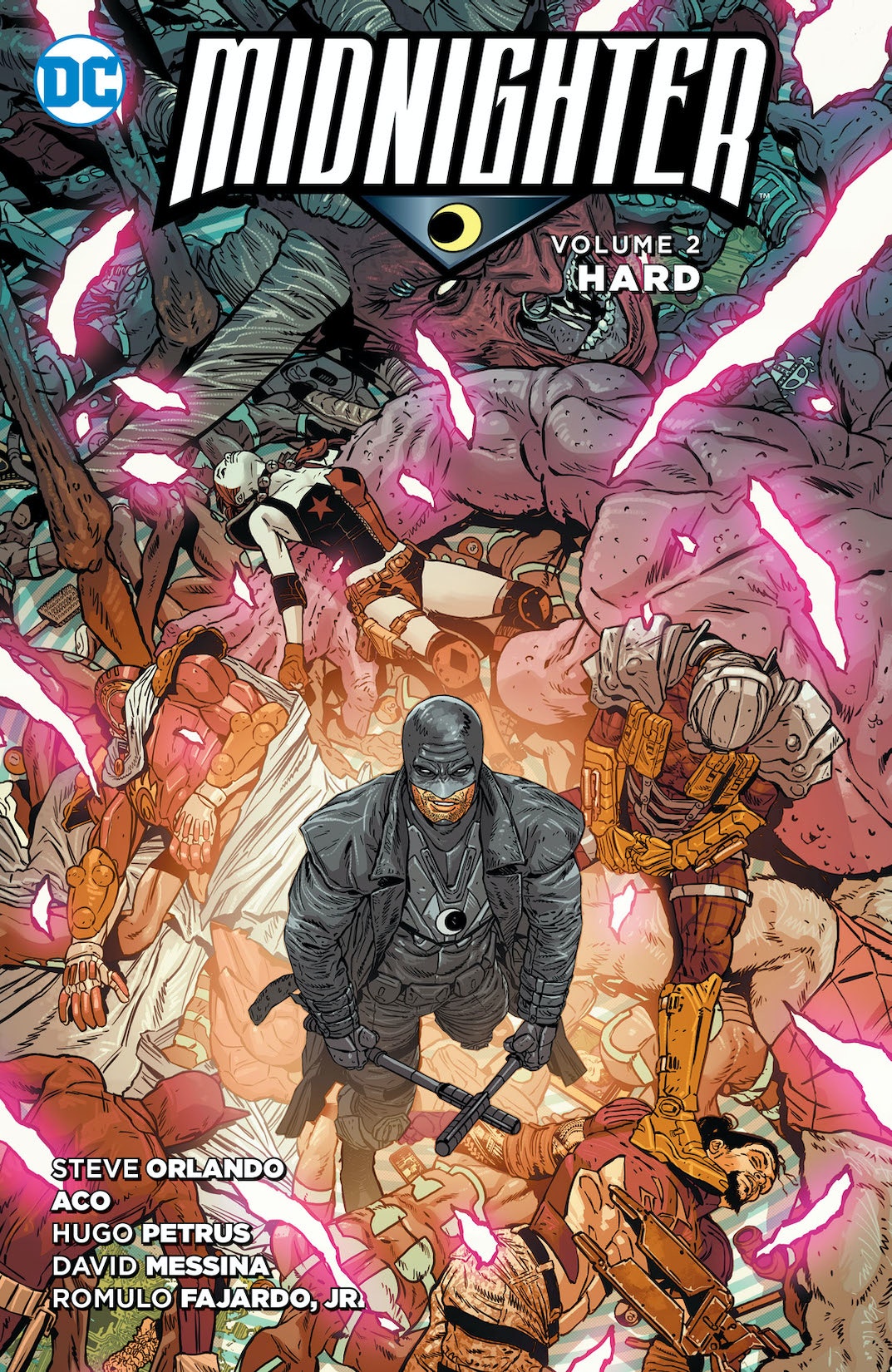 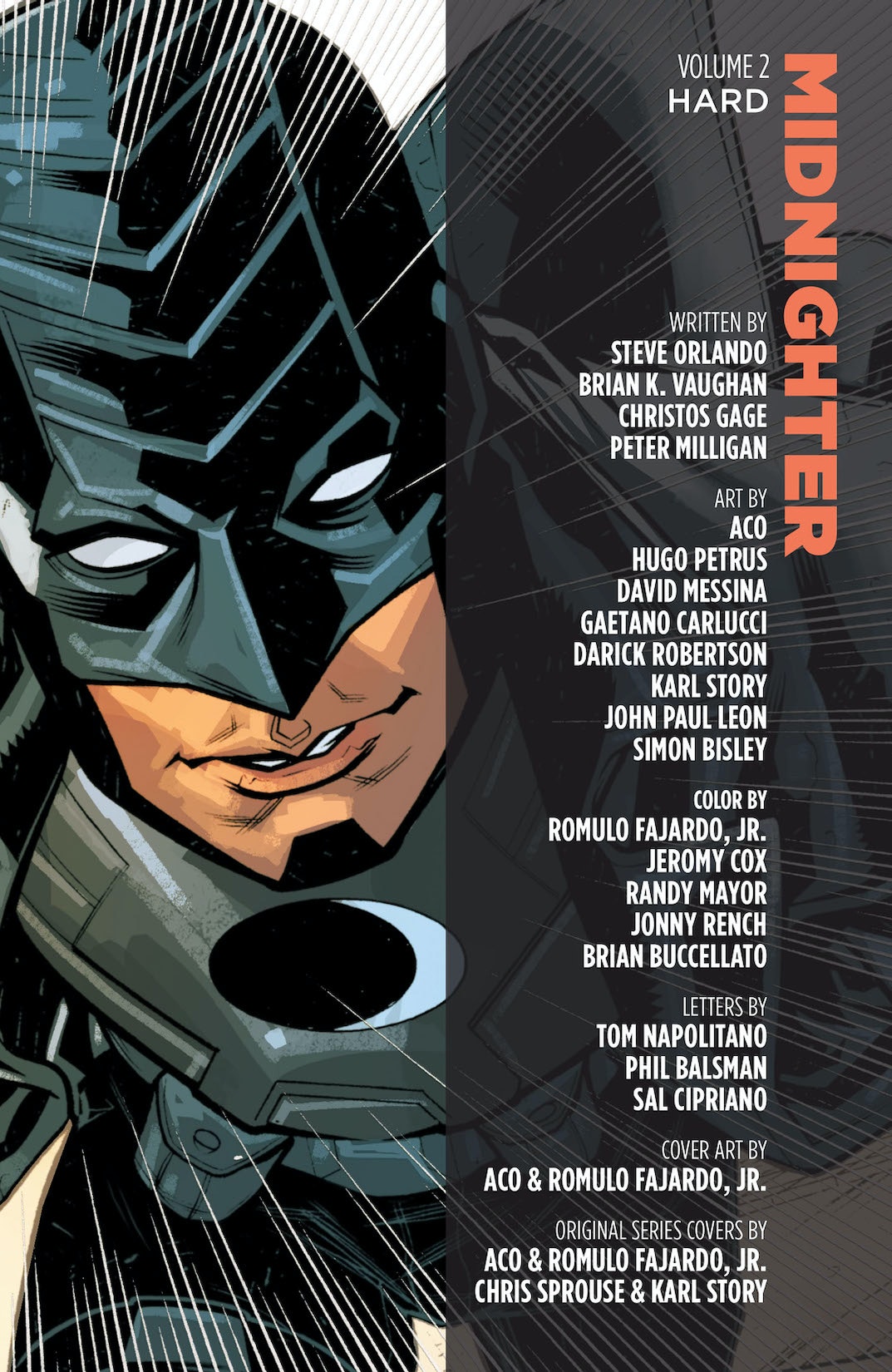 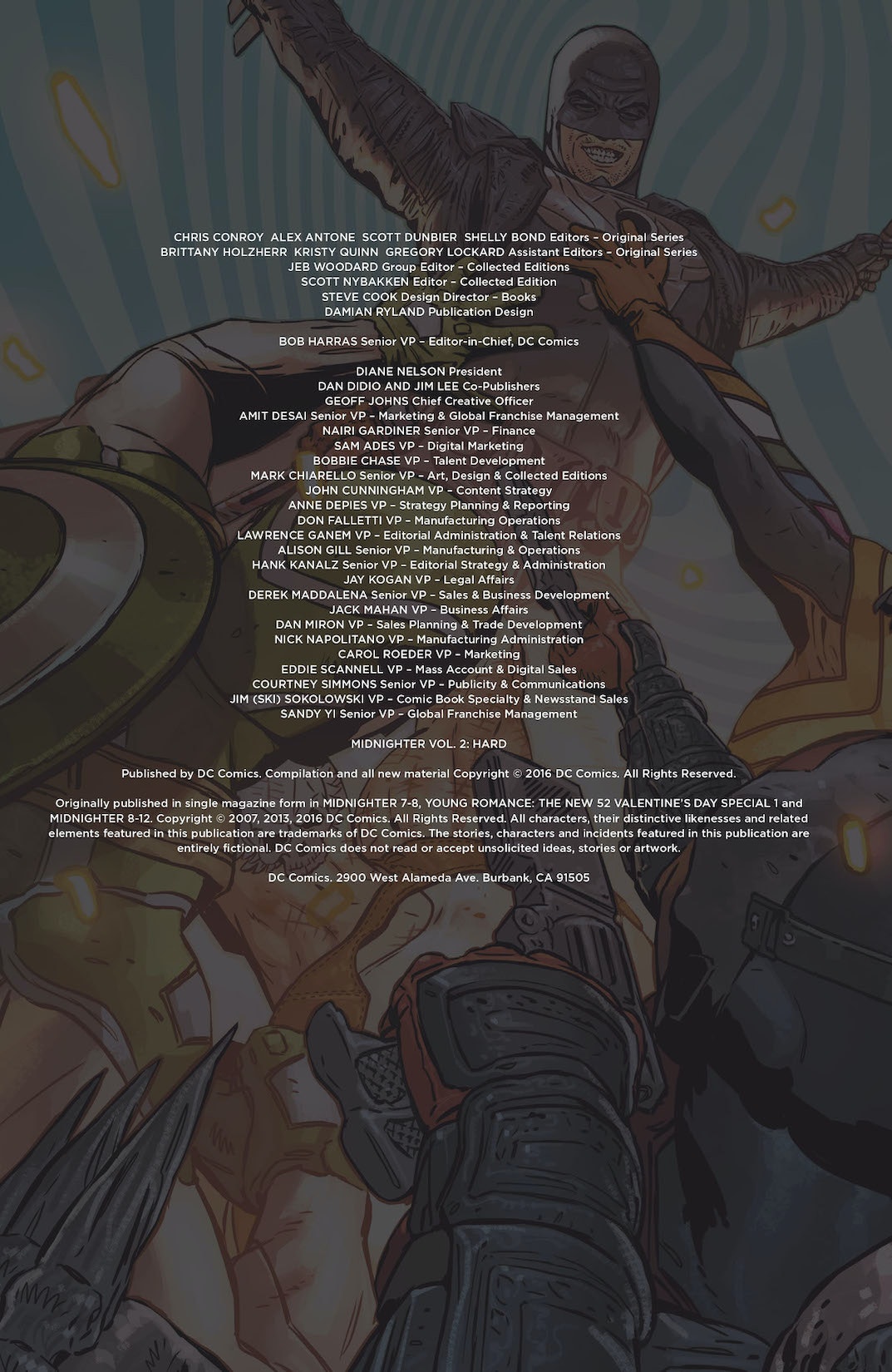 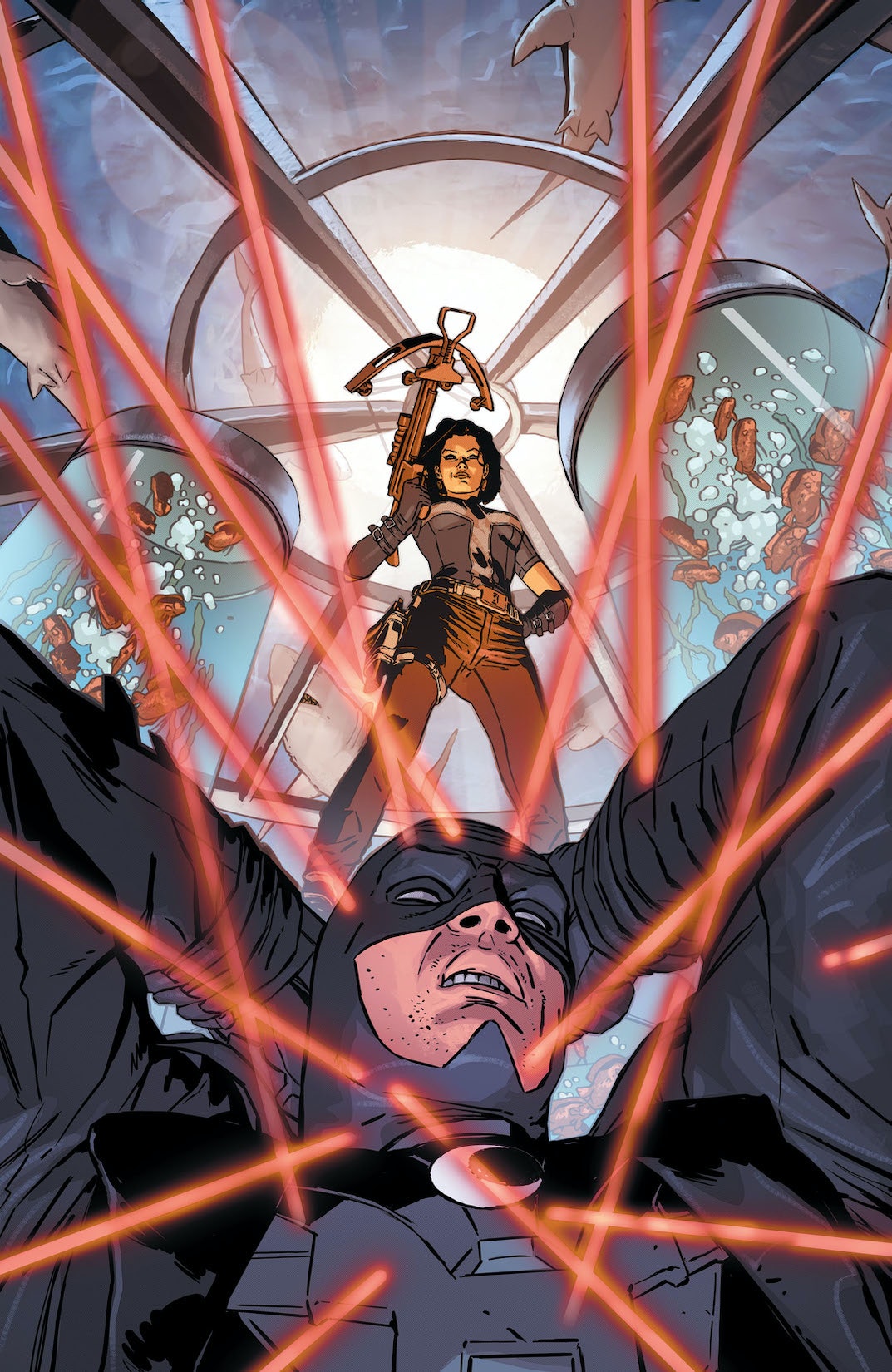 SUICIDE RUN They call it the Perdition Pistol, but it’s far beyond anything as simple as a gun-the power contained in this mysterious artifact could put the entire world at the mercy of whoever controls it. That’s why the espionage organization known as Spyral hid it beneath as much high-tech security as it could muster-and why someone else just stole it from them. Now only one man can get it back: the human wrecking ball known as the Midnighter. There’s only one problem: to regain this deadly device, Midnighter must go through the Suicide Squad, that infamously unstable assembly of the world’s most dangerous criminals. Normally that wouldn’t be a problem, but the Squad has deployed some surprising new upgrades to counteract Midnighter’s cybernetic enhancements. Even more surprising is the source of those upgrades: a resurrected Henry Bendix. Luckily, Midnighter has an ace up his black leather sleeve: his super ex-boyfriend, the almighty Apollo. Separately, the two are formidable; together, they’re almost unstoppable. But will almost be enough to foil the twisted plans of the genius responsible for both Stormwatch and the God Garden? Acclaimed creators Steve Orlando, ACO, Hugo Petrus and David Messina put the world’s greatest fighter through his greatest challenge yet in MIDNIGHTER VOL. 2: HARD, collecting issues #8-12 of the ongoing series.