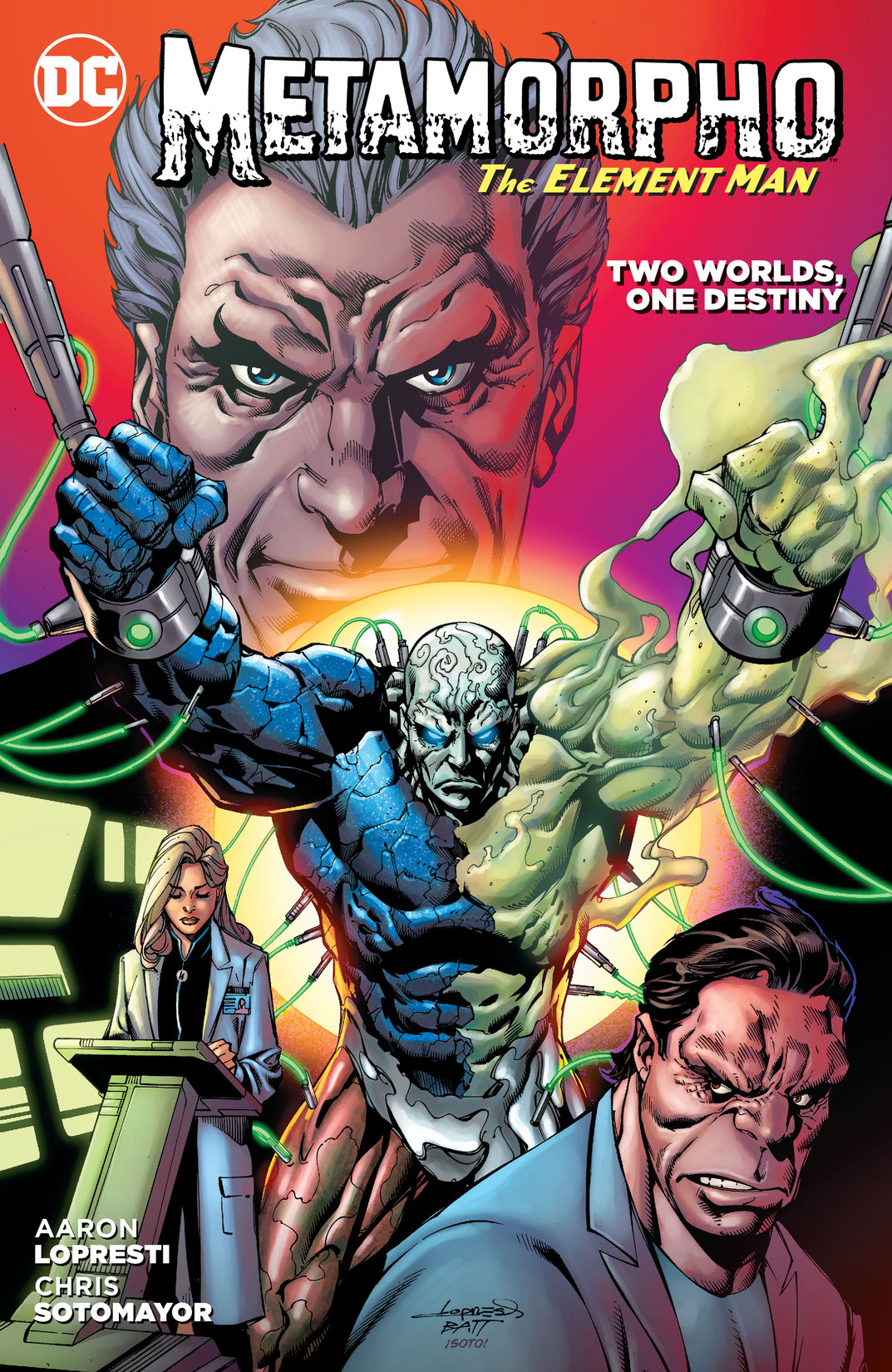 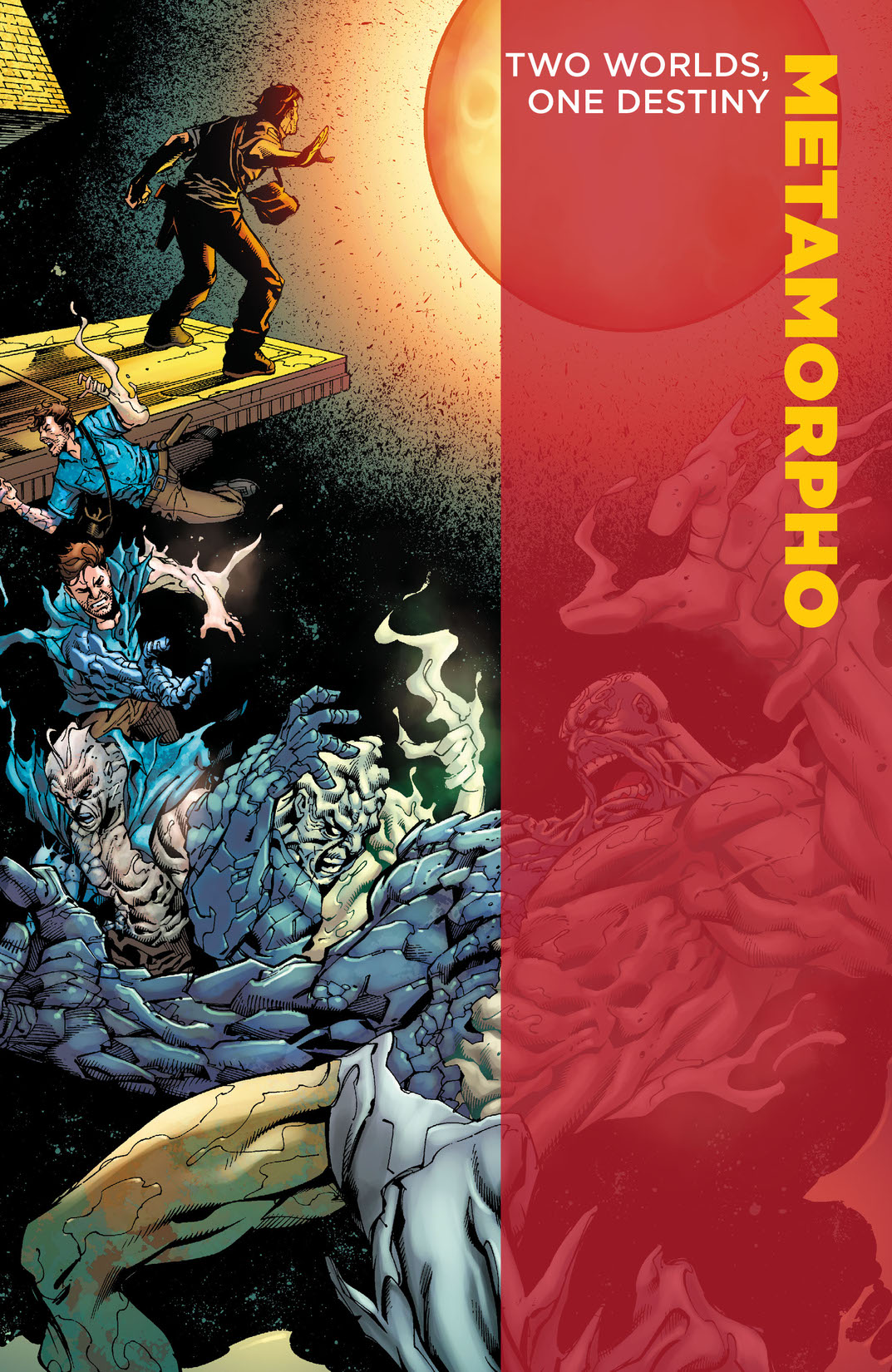 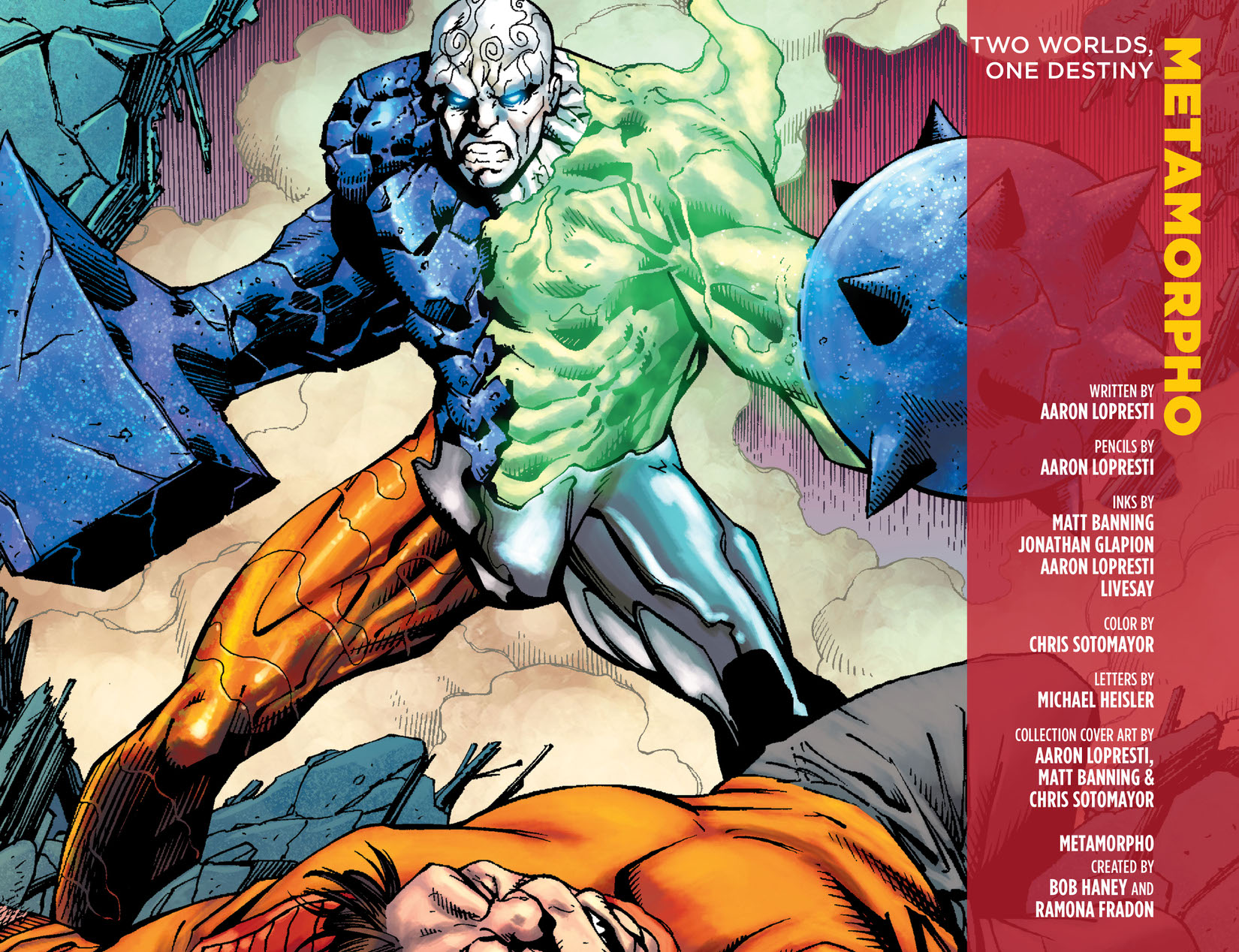 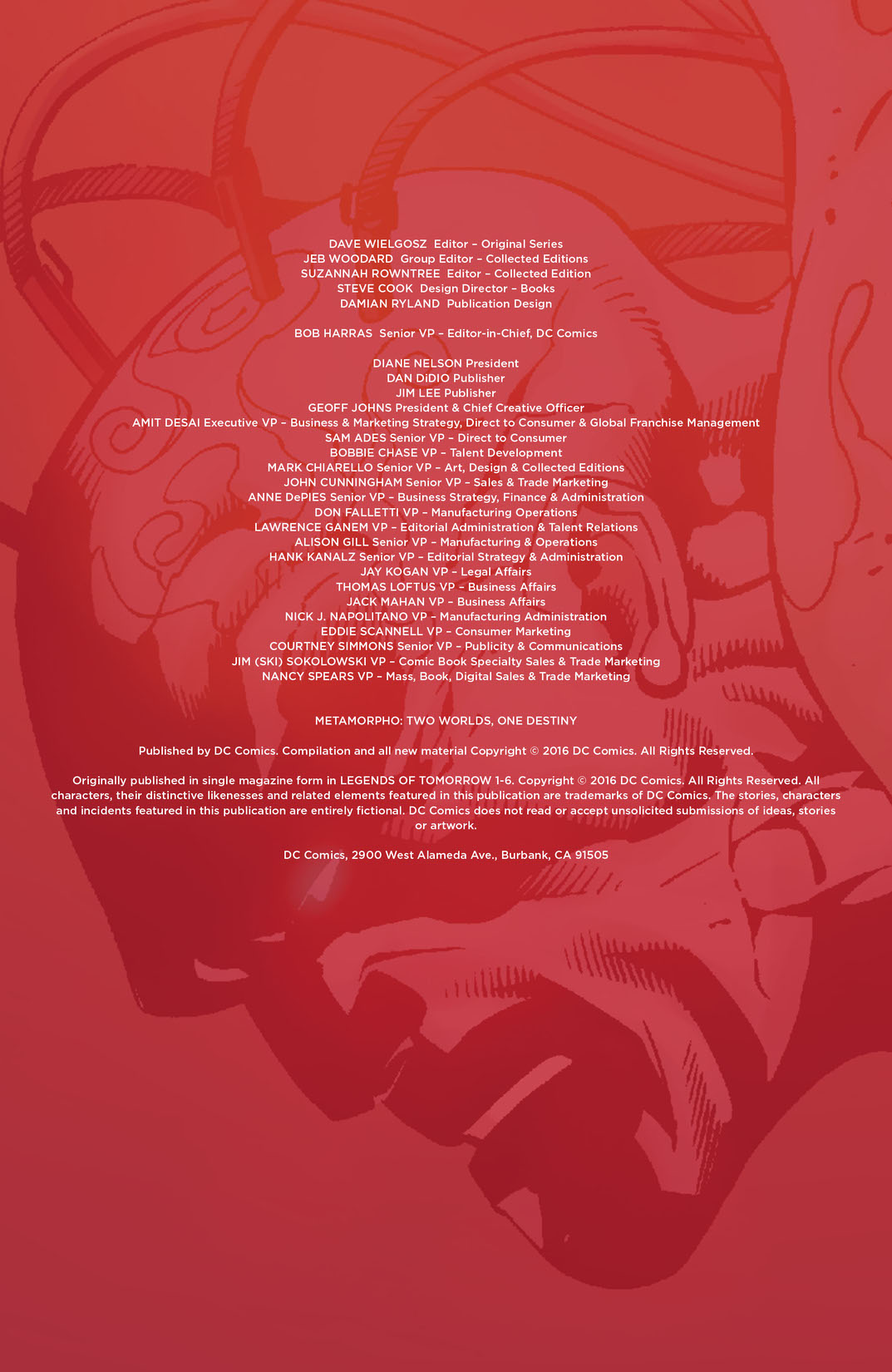 After a mysterious vision, Metamorpho—the Element Man, gifted with the ability to transform into any form of matter—has been set free from his prison…and all hell has broken loose. Breaking out of the chains of ruthless industrialist Simon Stagg, Metamorpho’s on the run—with Stagg’s brilliant daughter, Sapphire, by his side. Now they’re in a race to recover the Orb of Ra, the ancient alien artifact that gave Rex his incredible powers. But they’re not the only ones on the hunt! If Kanjar Ro and his army of space pirates get their hands on the Orb, entire planets will fall before his wrath. Can Metamorpho save two worlds? Or is the Element Man about to be atomized forever? Find out in METAMORPHO, an epic saga of magic, science and the thin line between them, from writer and artist Aaron Lopresti! Collects the Metamorpho stories from LEGENDS OF TOMORROW #1-6.