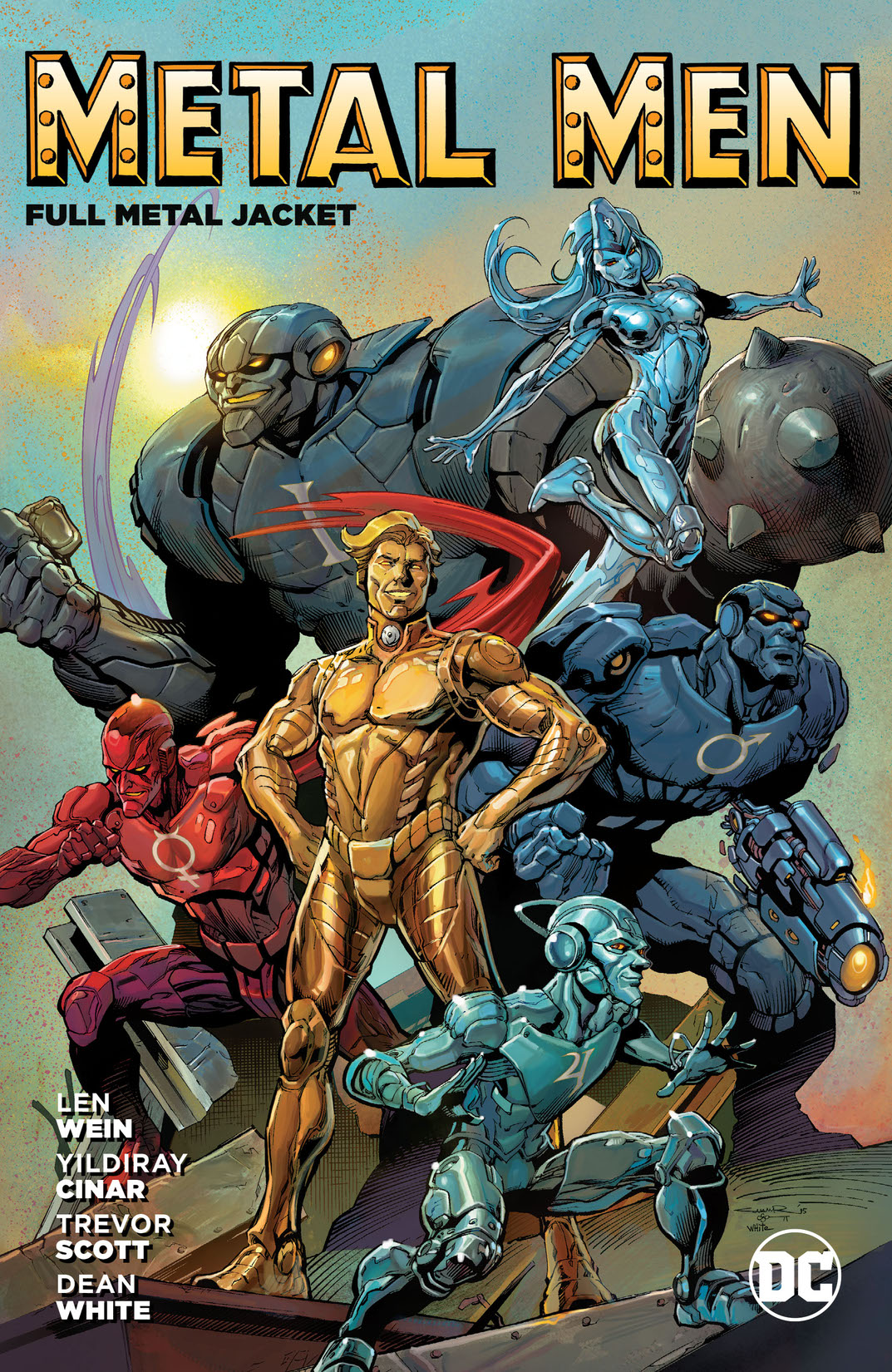 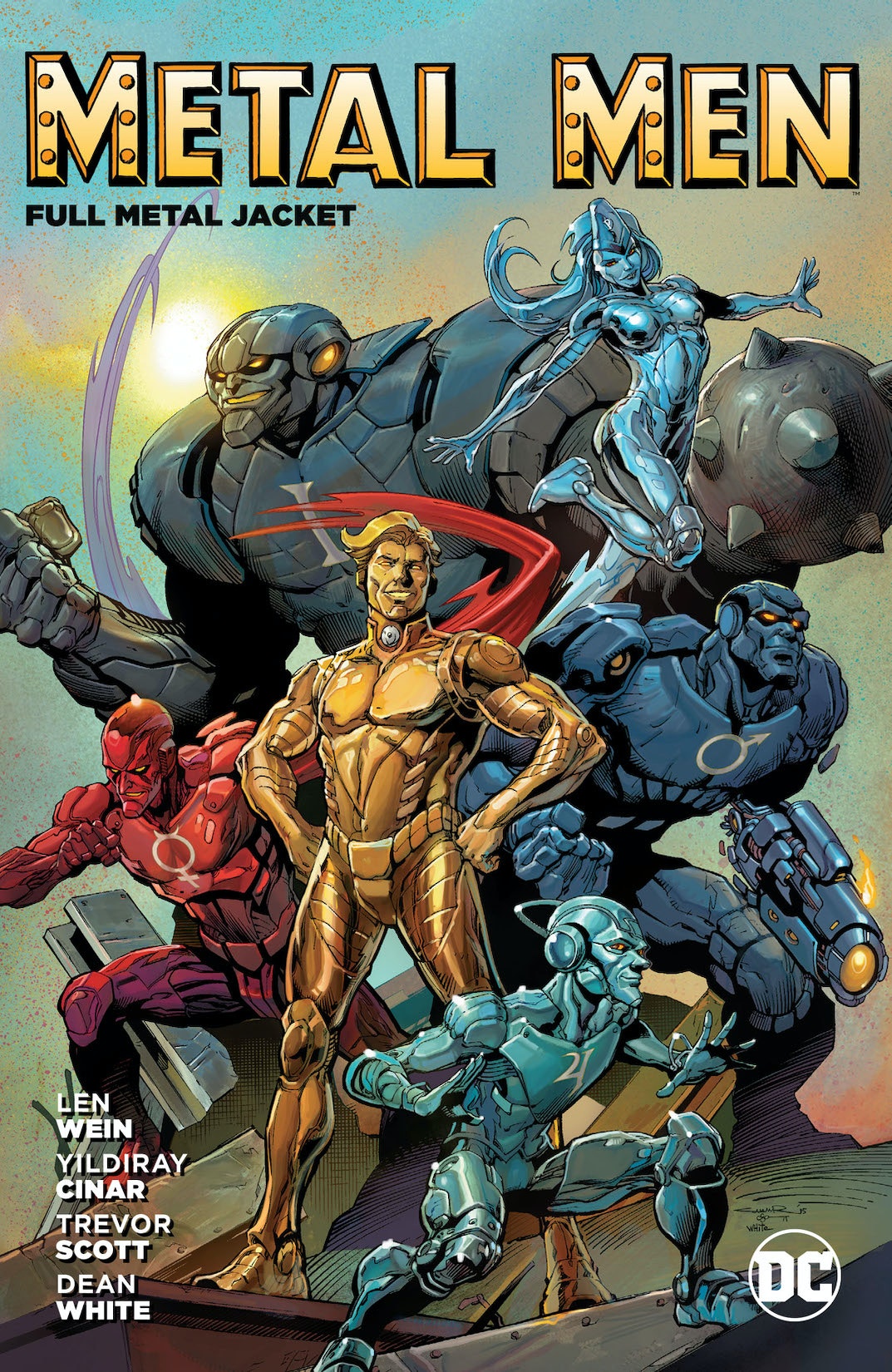 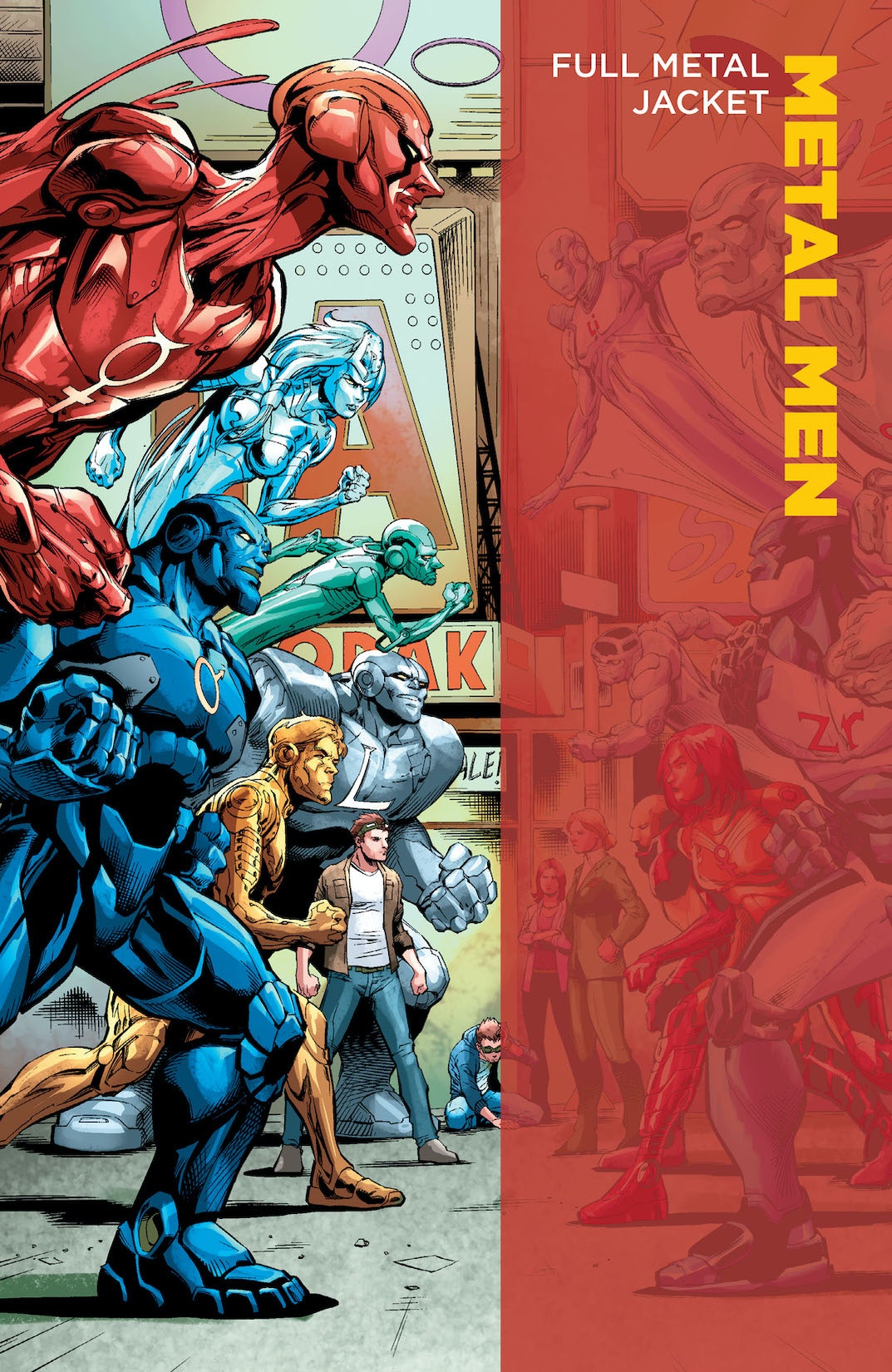 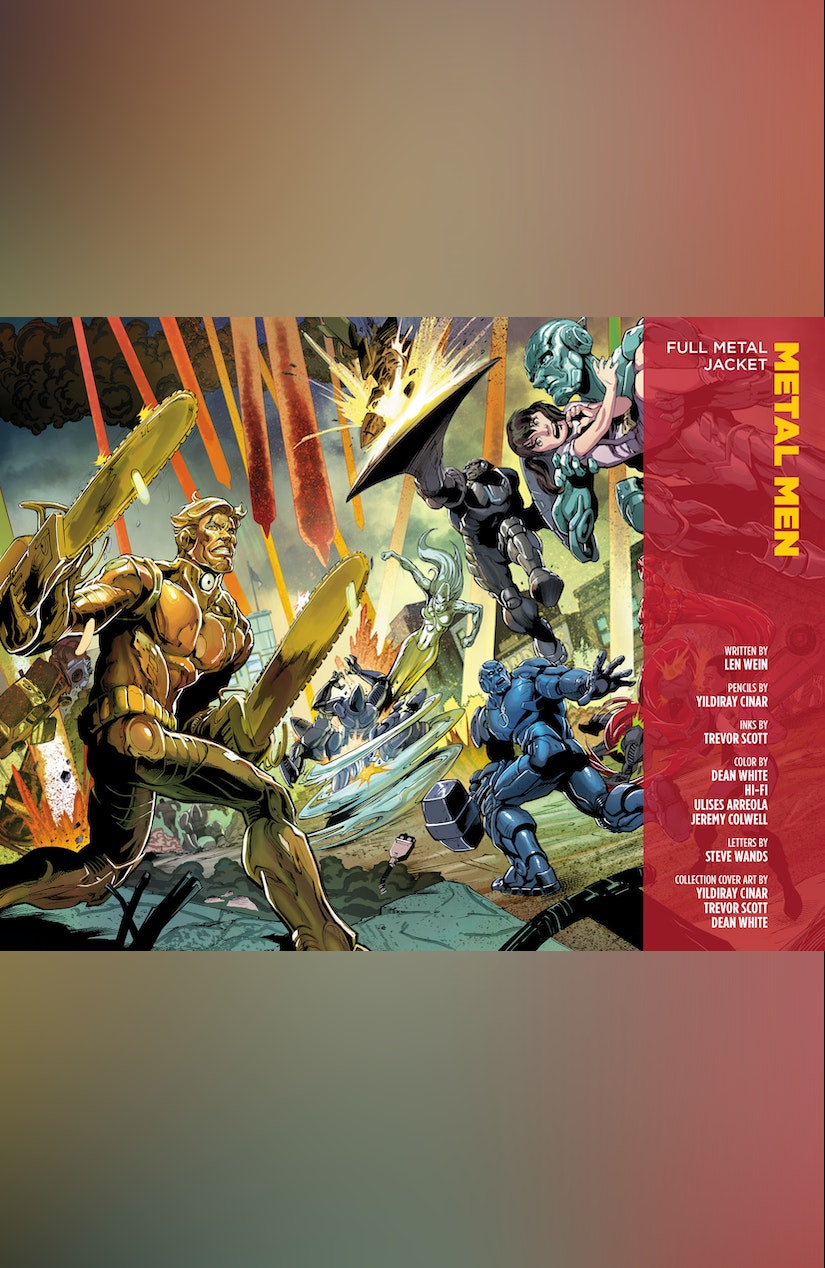 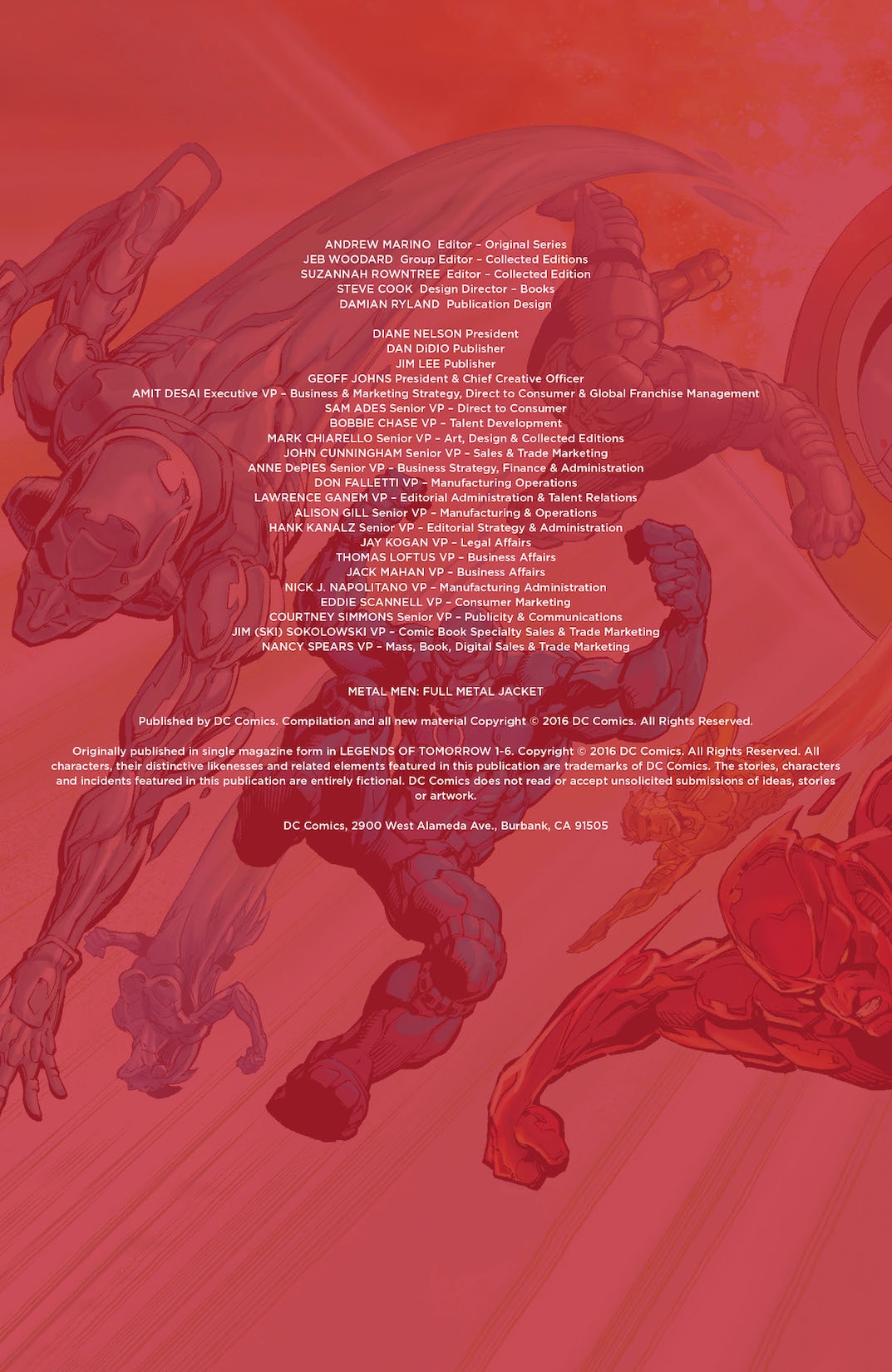 HEAVY METAL HEROES! They’re the bleeding edge of robotics technology, infused by inventor Dr. Will Magnus with abilities-and emotions-of the elements that bind our world together. They’re the Metal Men, the perfect combination of superhero and supercomputer…but like all computers, they can be hacked. Now a mysterious cyberterrorist known only as the Nameless has set his sights on these extraordinary androids-and that makes them a security risk the U.S. military can’t afford. Caught in the crossfire of the war on techno-terror, Magnus and the Metal Men will battle both sides, calling on amazing allies like the Justice League’s Cyborg to keep up the fight. But the greatest threat may be the next generation of technology. What will happen when they come face to face with…Metal Men 2.0? Find out in METAL MEN-a rollicking robotic cyberthriller from comics legend Len Wein (SWAMP THING) and artist Yildiray Cinar! Collects the Metal Men stories from LEGENDS OF TOMORROW #1-6.