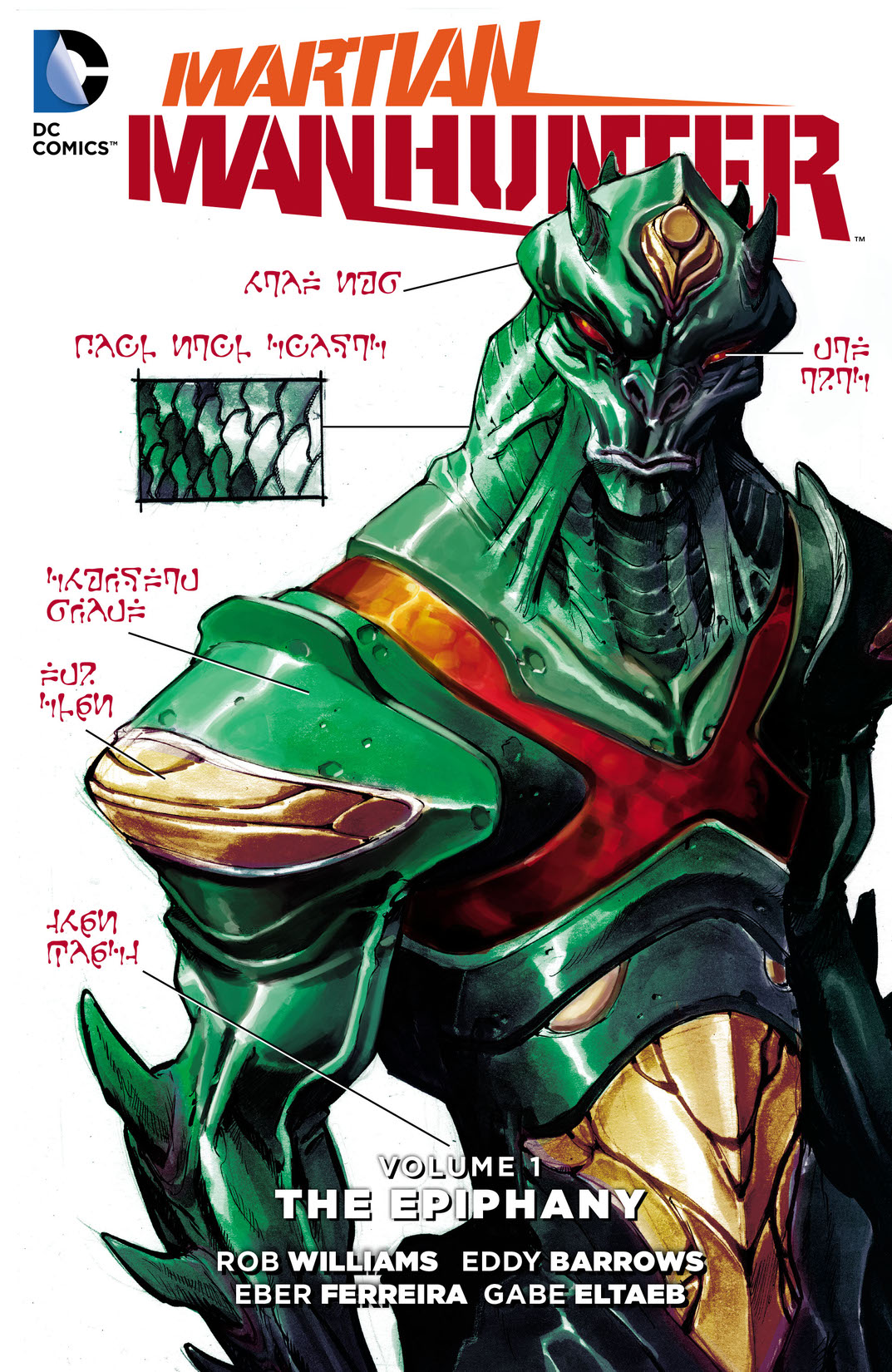 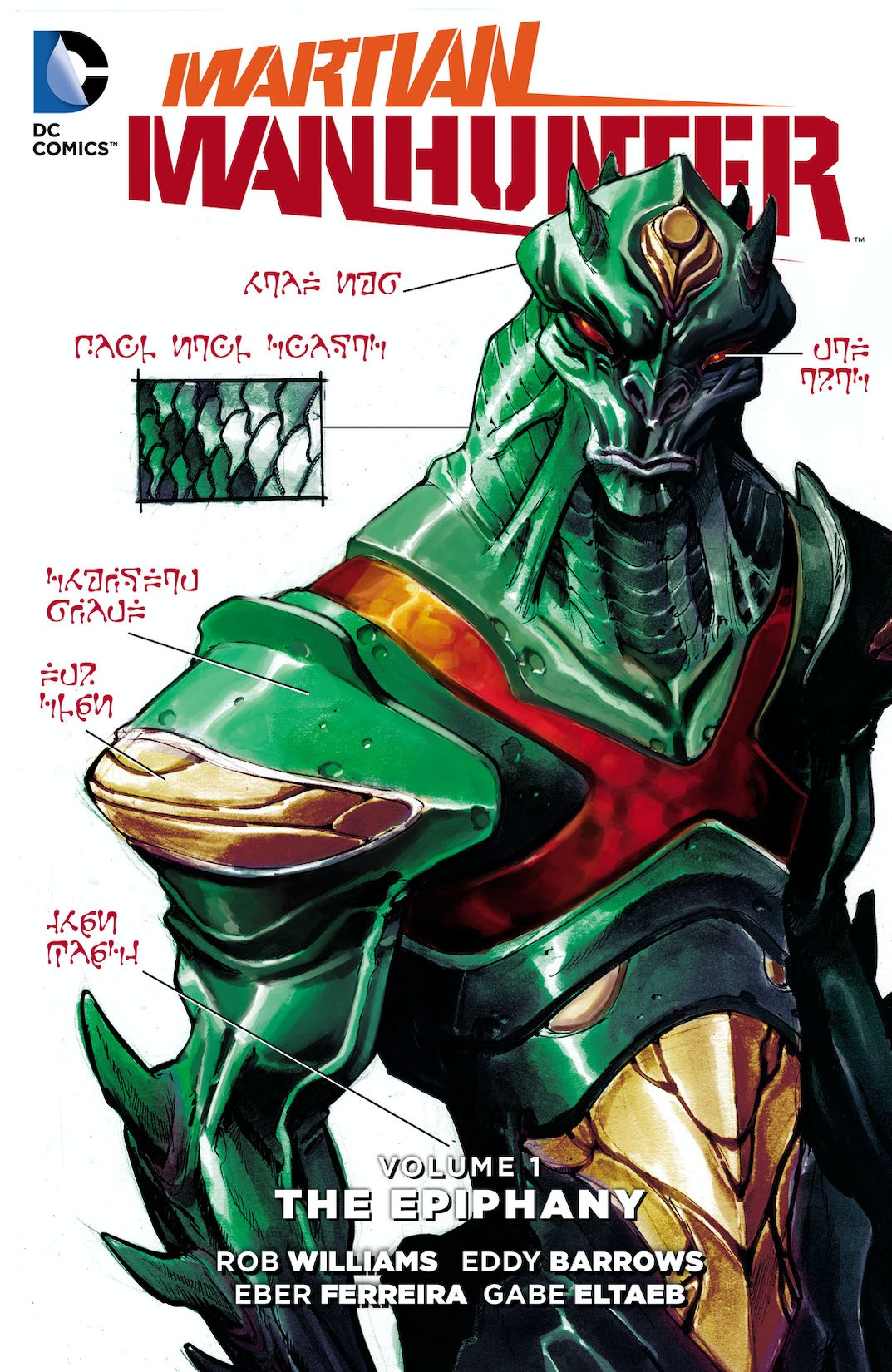 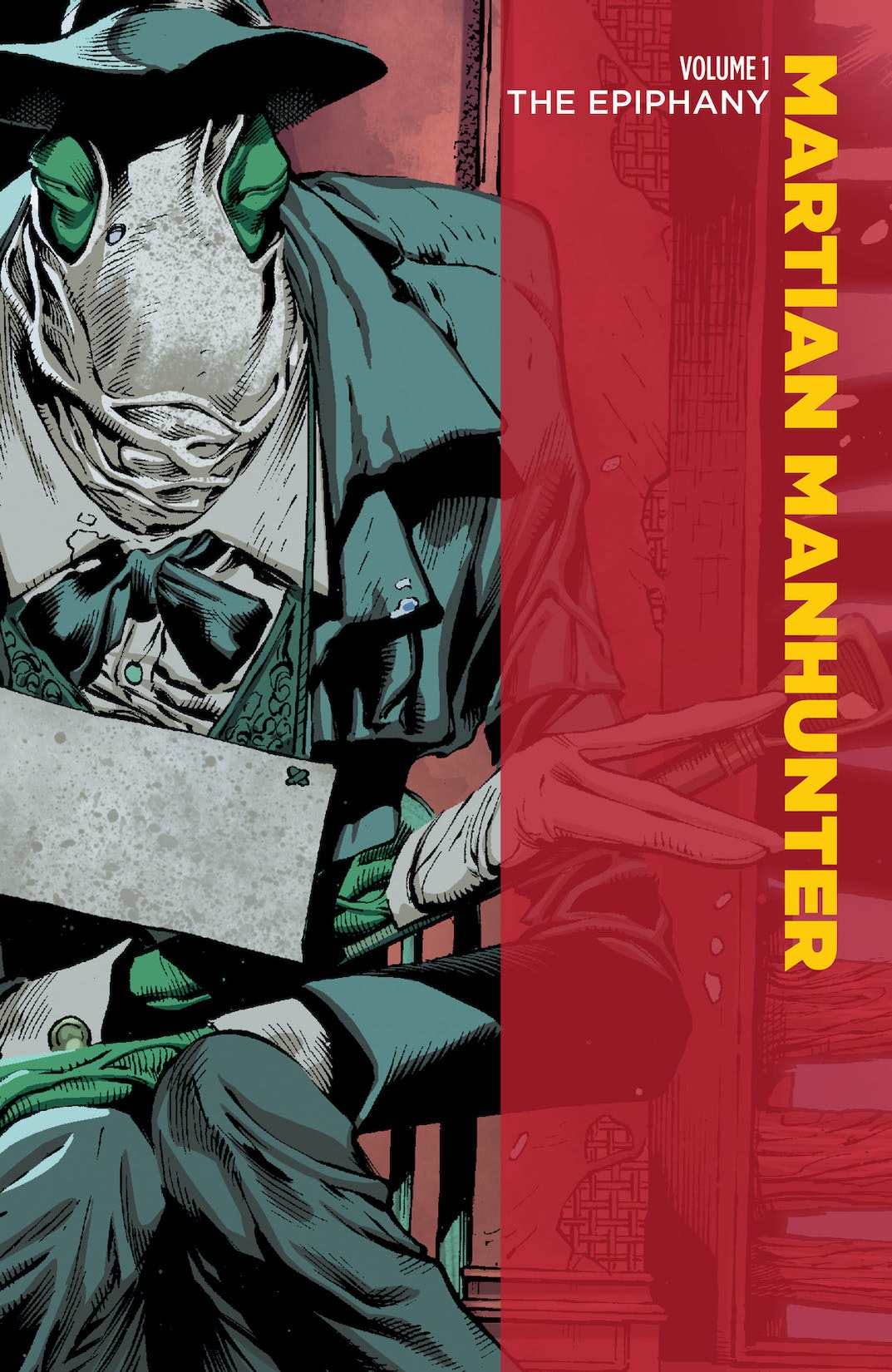 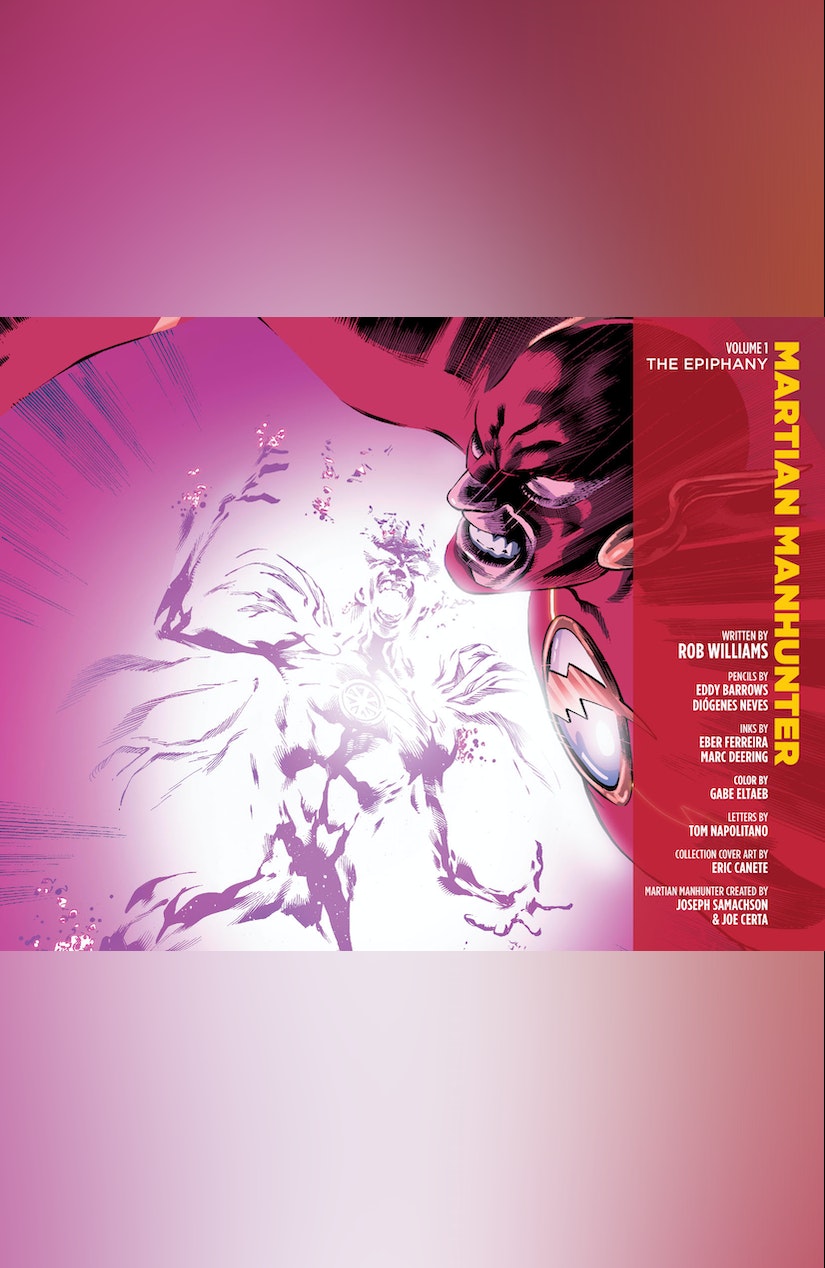 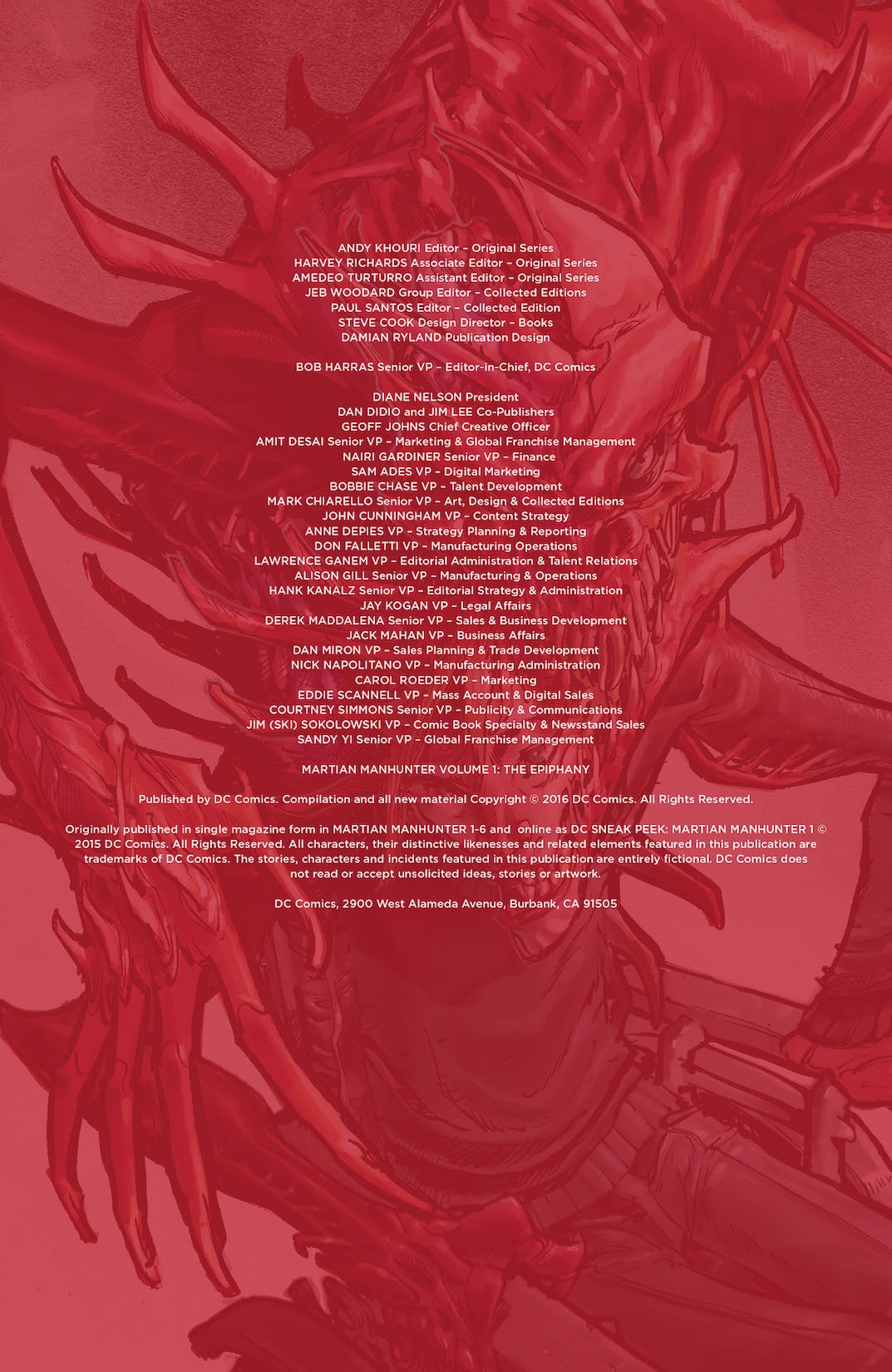 An unforgettable new take on J’onn J’onzz is presented here by up and coming writer Rob Williams (Star Wars: Rebellion) with stunning art by comic veterans Eddy Barrows (NIGHTWING) and Eber Ferreira (TEEN TITANS). For some time now, the Martian Manhunter has been lost in our world. An alien in every aspect, he has struggled to find his place even after joining the Justice League of America, Justice League United and Stormwatch. Now his past has come back to haunt him as an alien invasion threatens to destroy the world. In order to prove to the world, and to himself, that he is the hero he knows himself to be, the Martian Manhunter must make the ultimate sacrifice. What happens next is truly alien! Collects MARTIAN MANHUNTER #1-6.