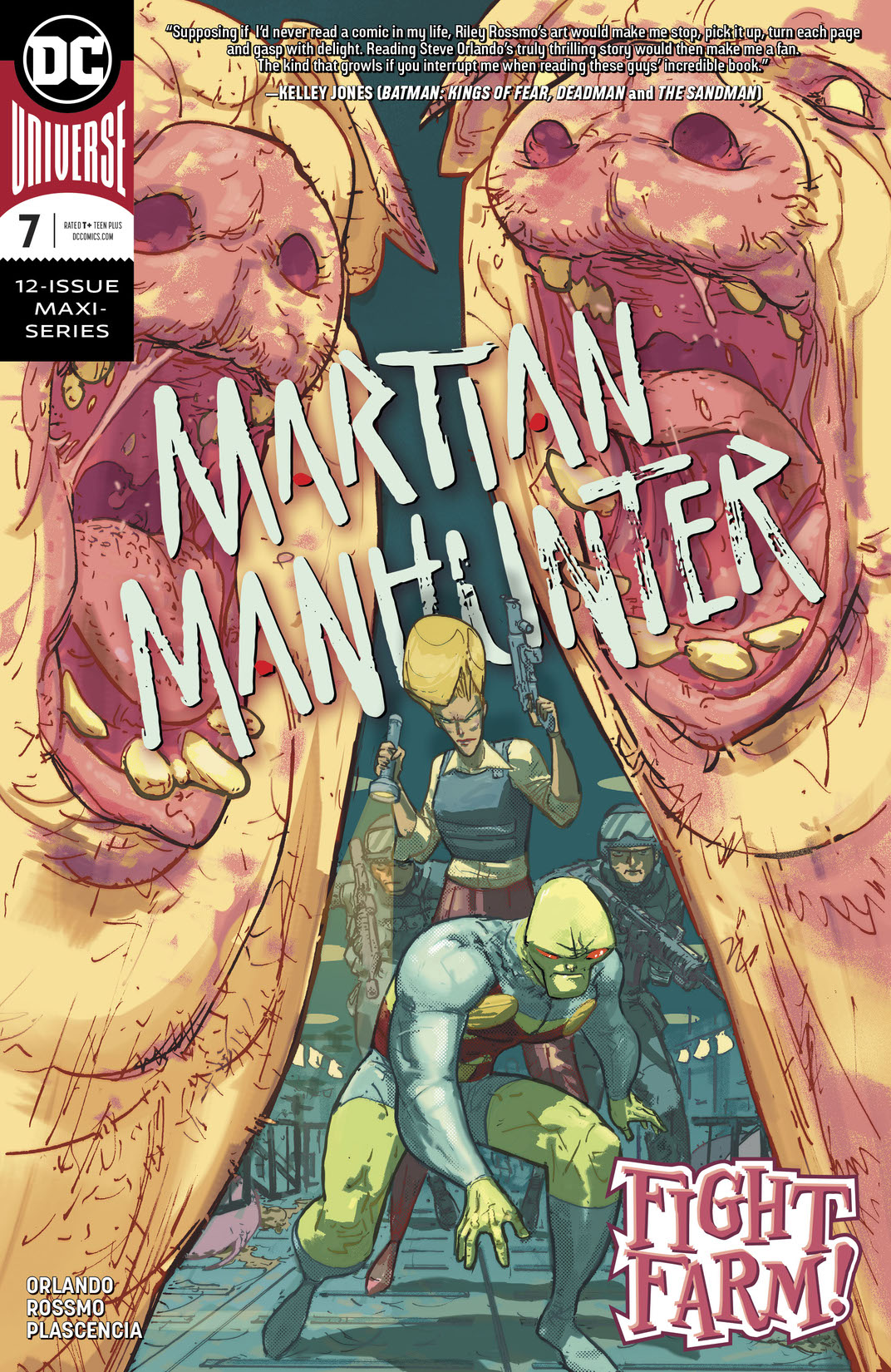 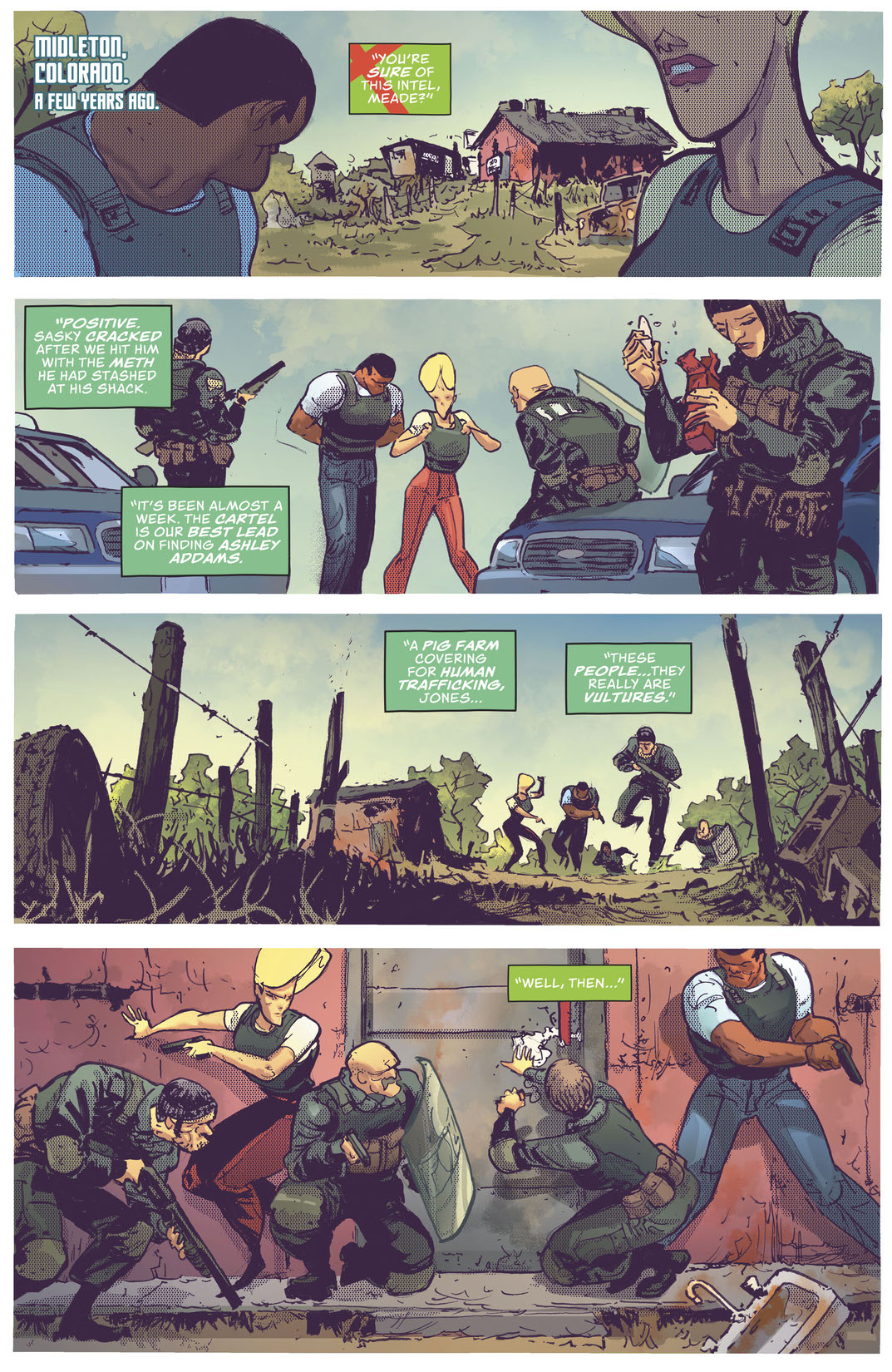 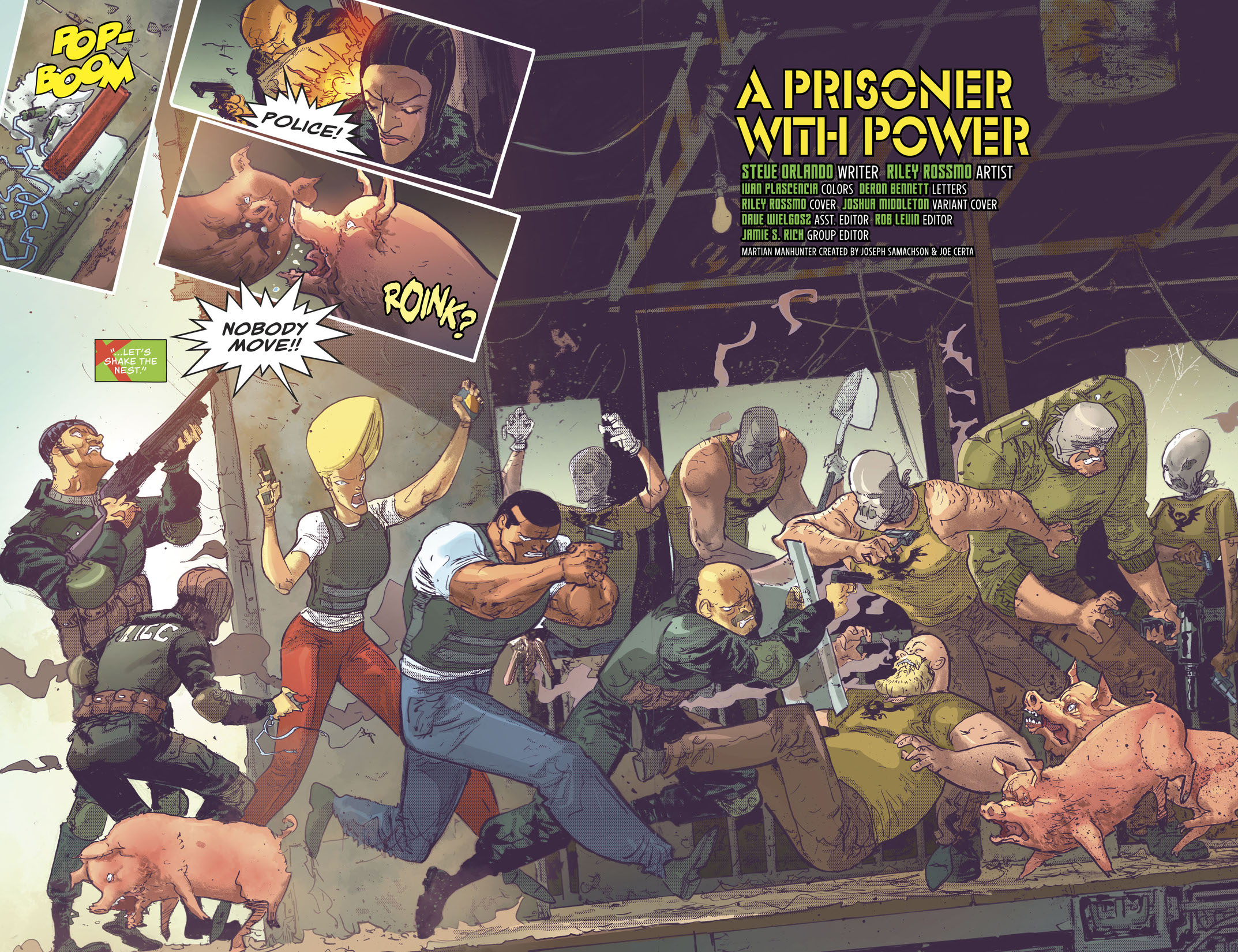 J’onn and Diane have had a break in the Ashley Addams case! With a fully armed S.W.A.T. team, they head to a pig farm an infamous human-trafficking cartel calls home. They’ll lead a raid to find out the truth about what happened to Ashley, and J’onn will be forced to use the full spectrum of his Martian abilities on Earth for the first time!