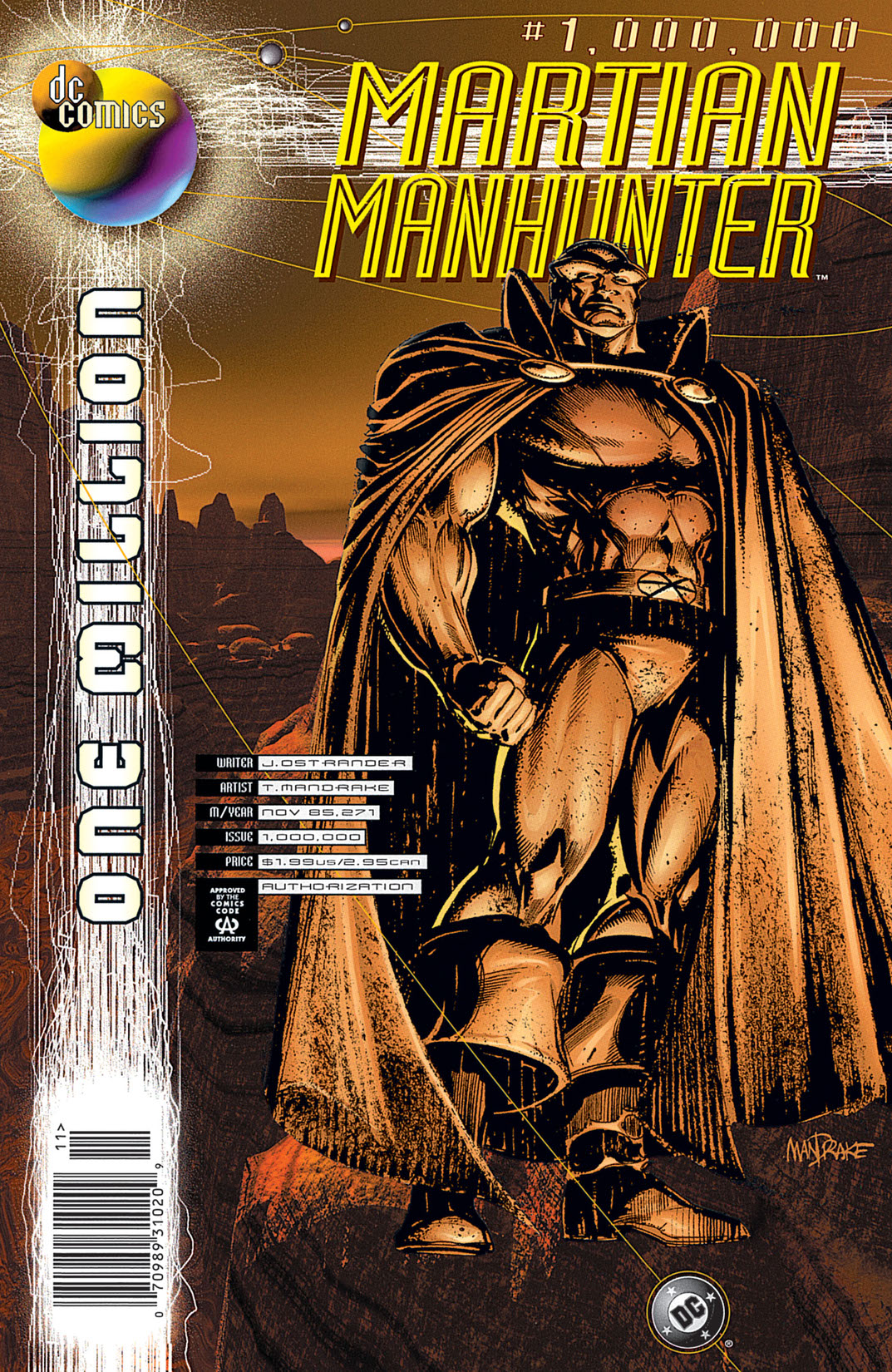 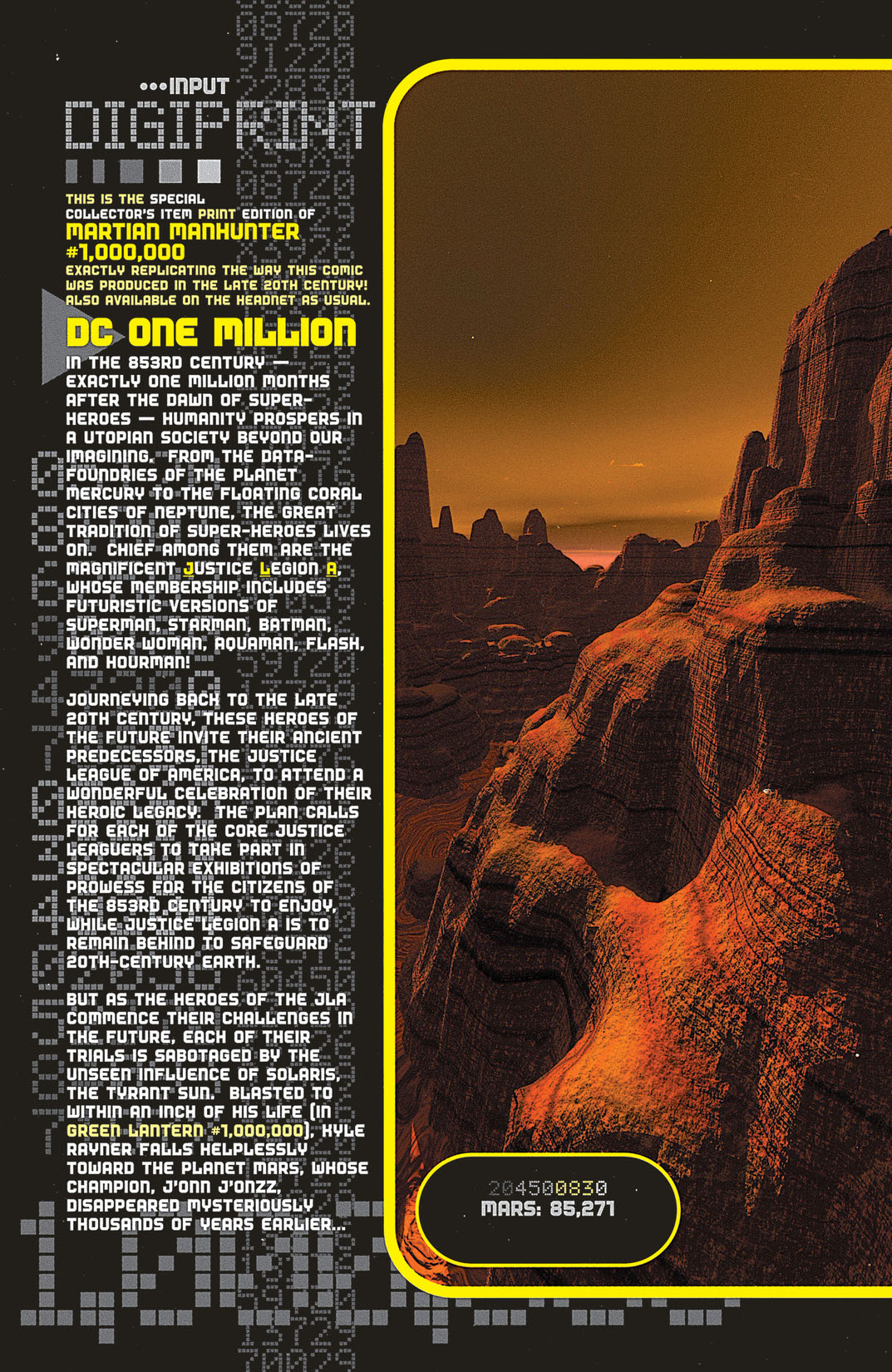 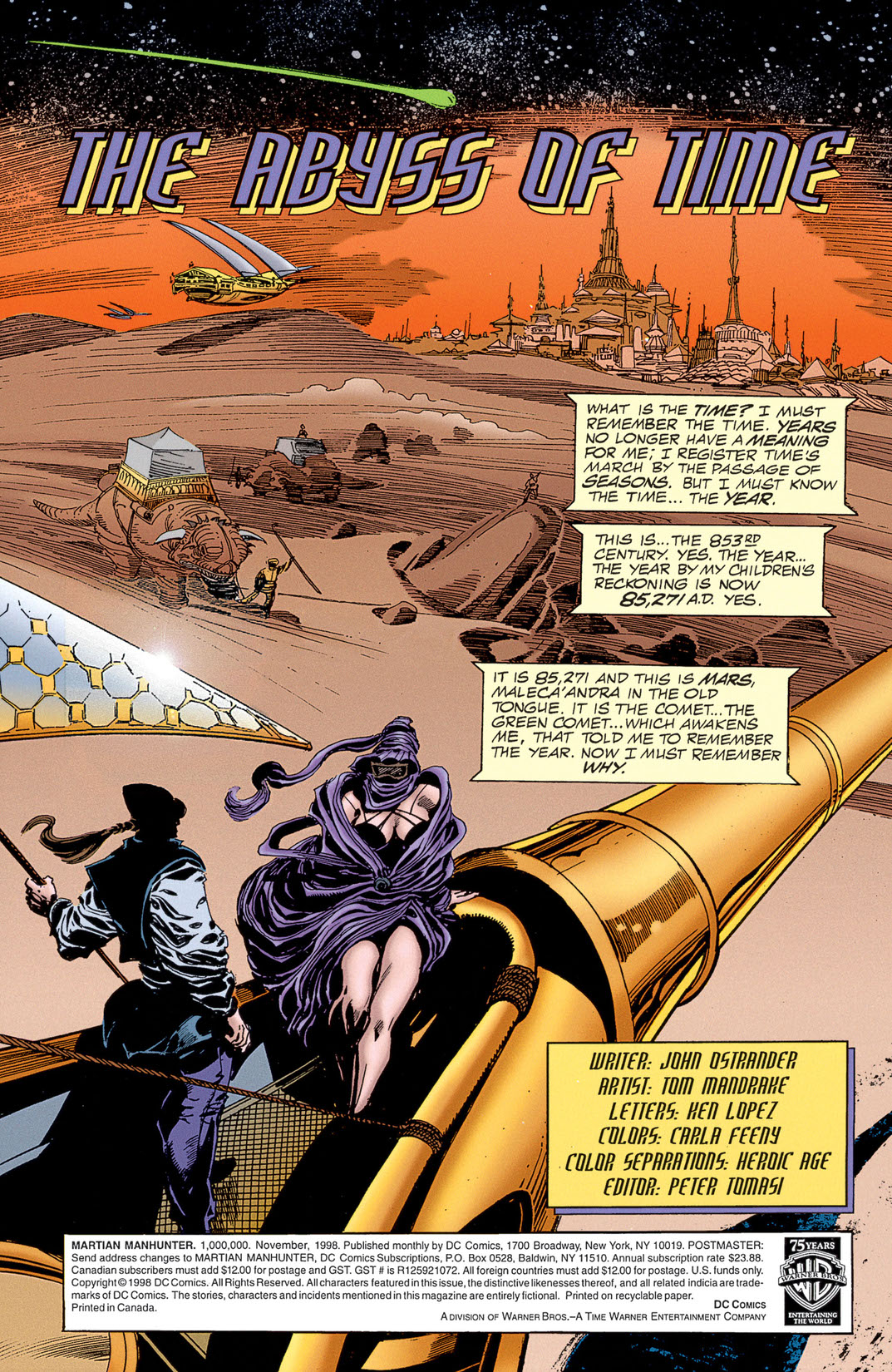 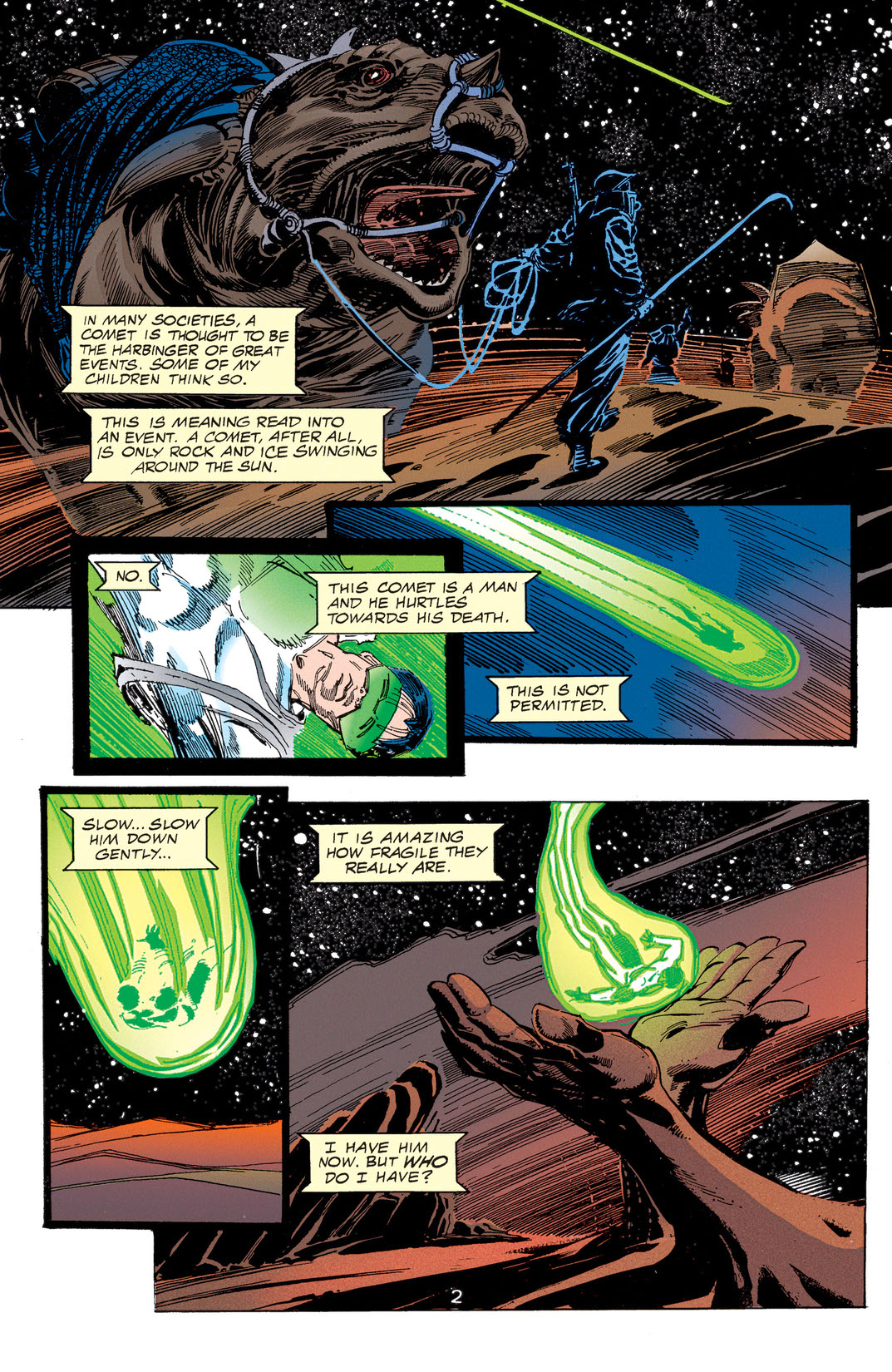 A DC ONE MILLION tie-in, continued from GREEN LANTERN #1,000,000. Every planet in the future Earth's solar system has a hero all its own—except Mars. Or does it? Surrounded by persistent legends, the red planet has never been a greater enigma, but it is one whose mystery is about to be solved!