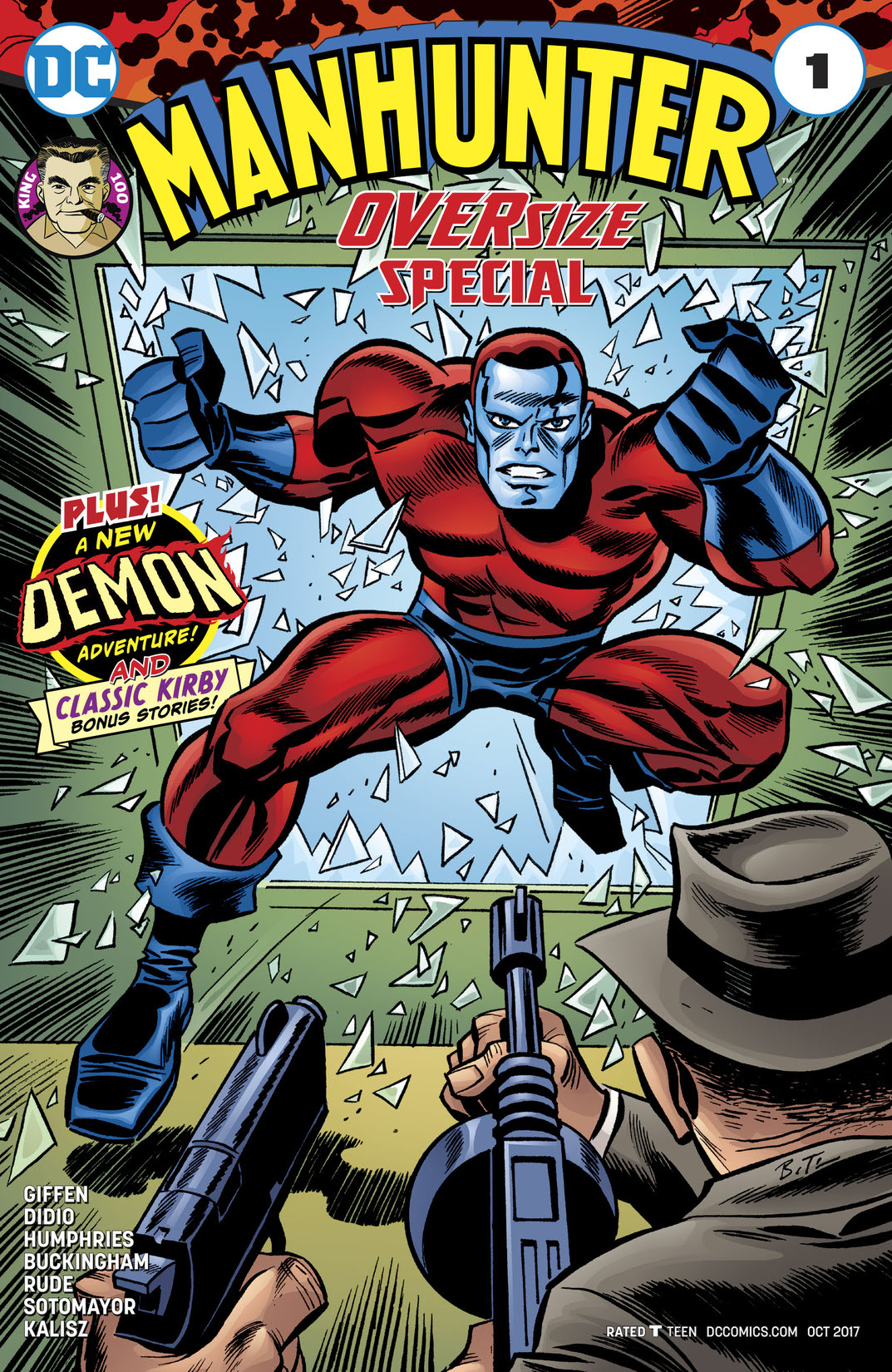 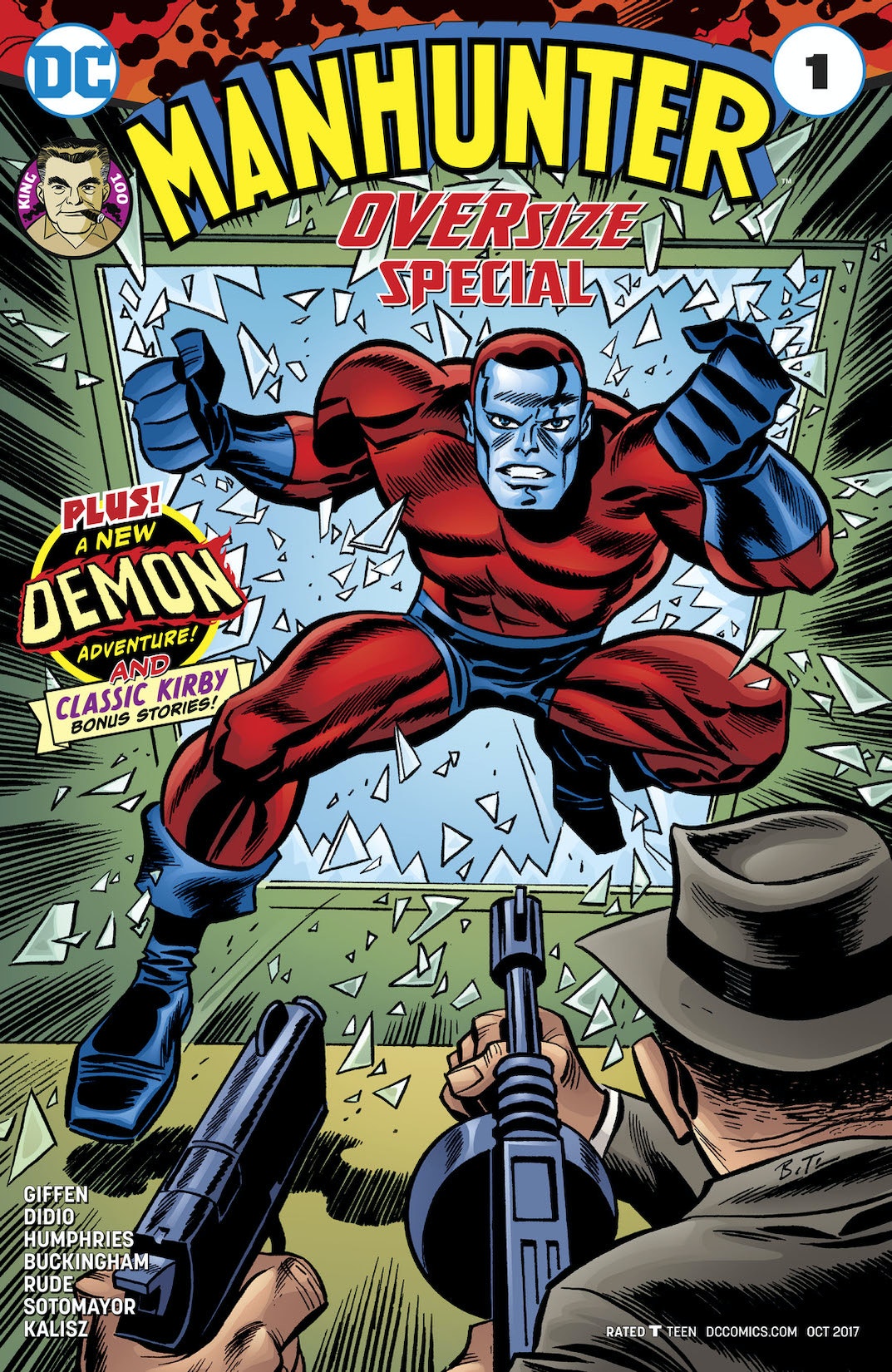 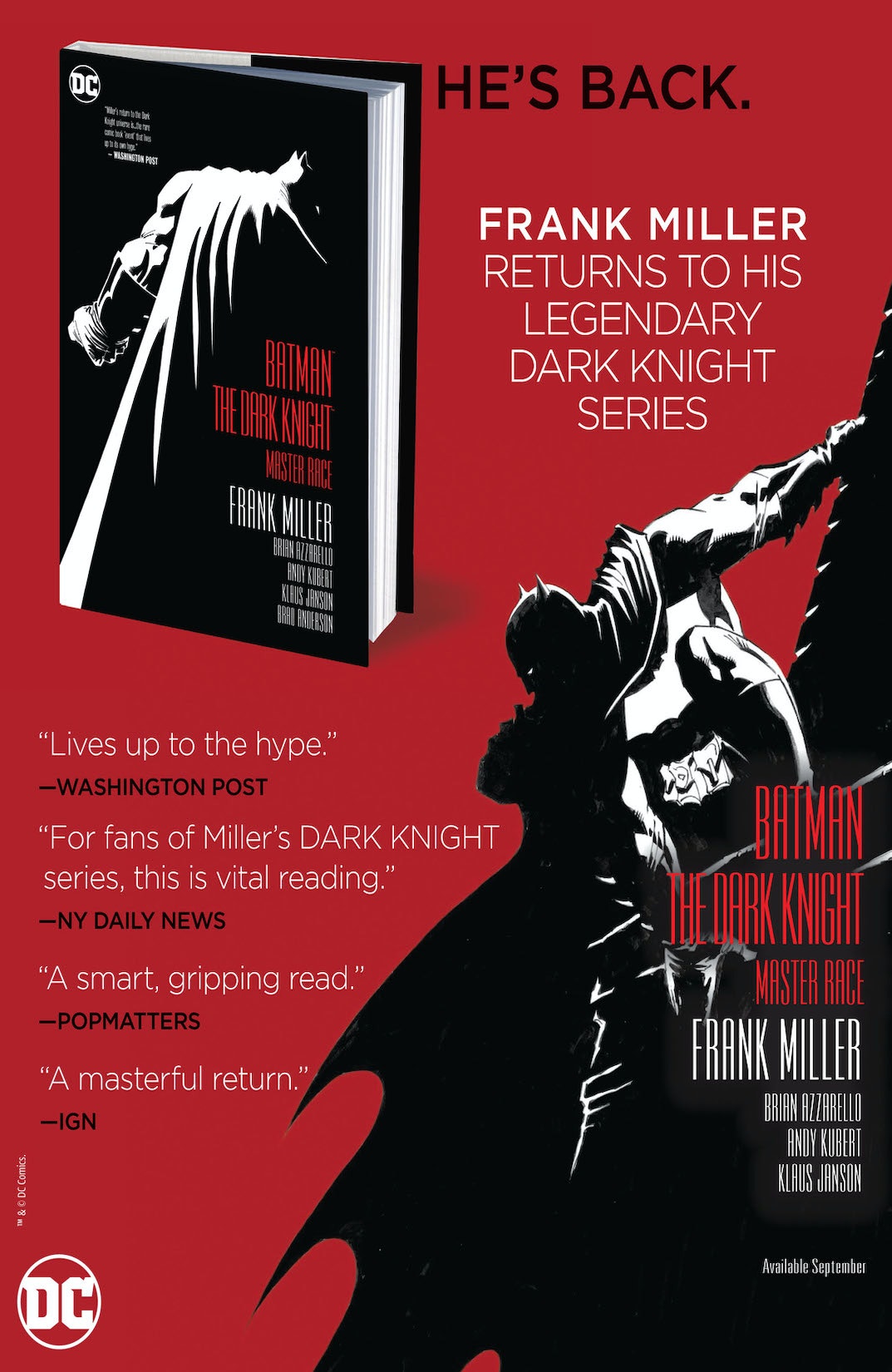 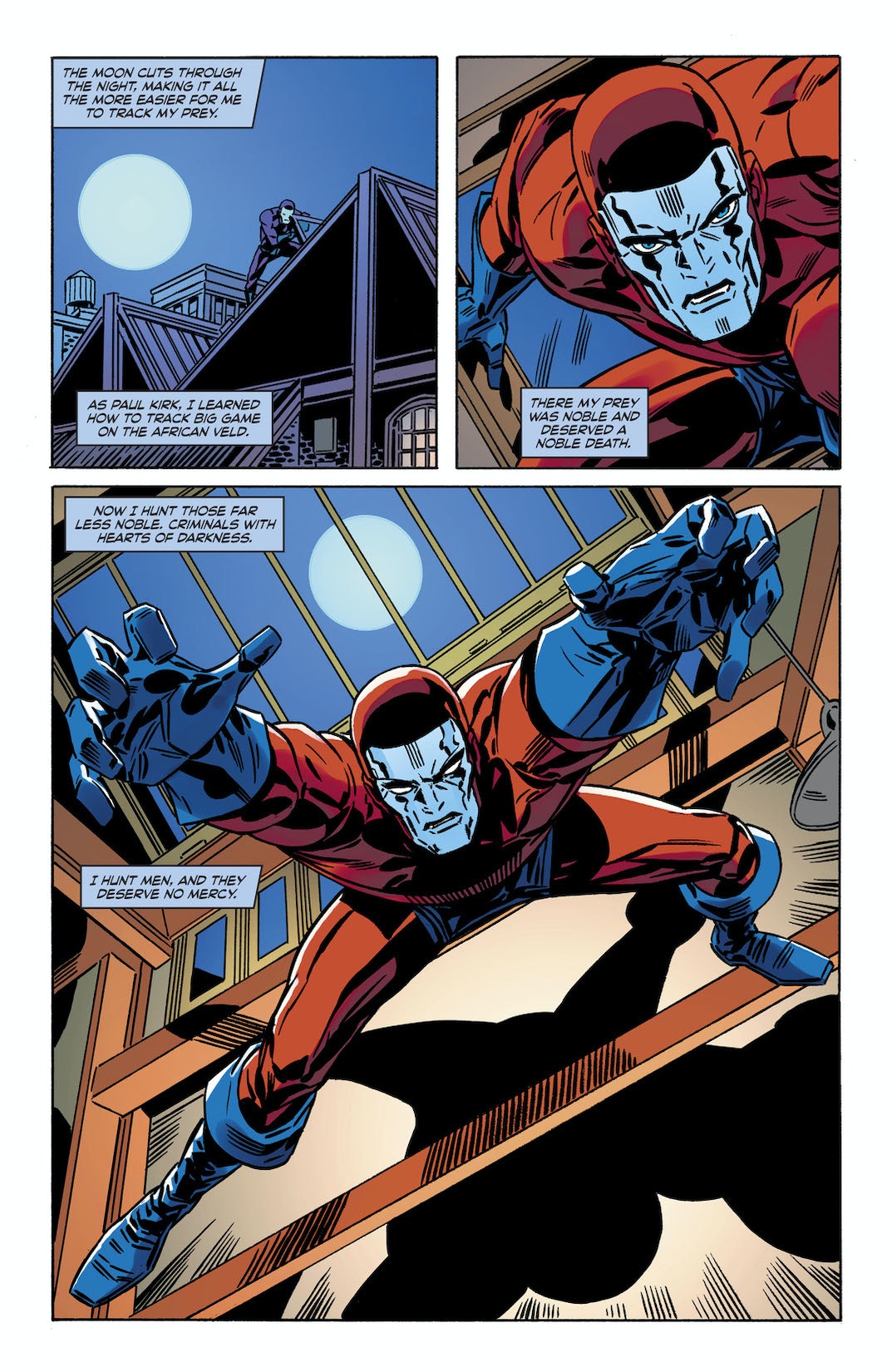 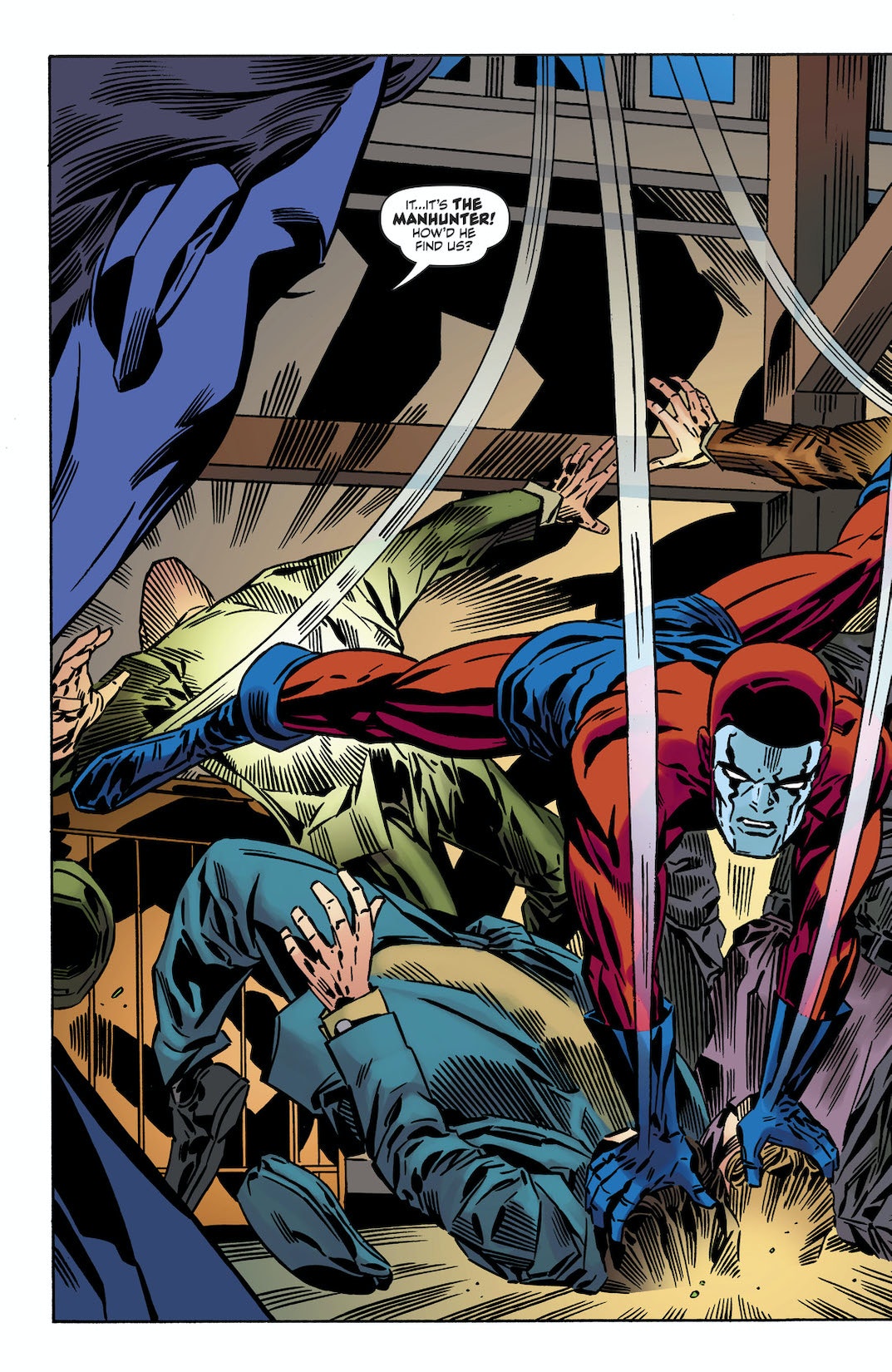 Big-game hunter and private detective Paul Kirk has marshaled his skills to fight crime as the masked vigilante known as Manhunter. But now crime has reached epidemic proportions that may push him to the limits—and draw the attention of the Golden Age heroes Sandman and Sandy! Plus: a short story featuring Etrigan the Demon by writer Sam Humphries and artist Klaus Janson and a Golden Age reprint.