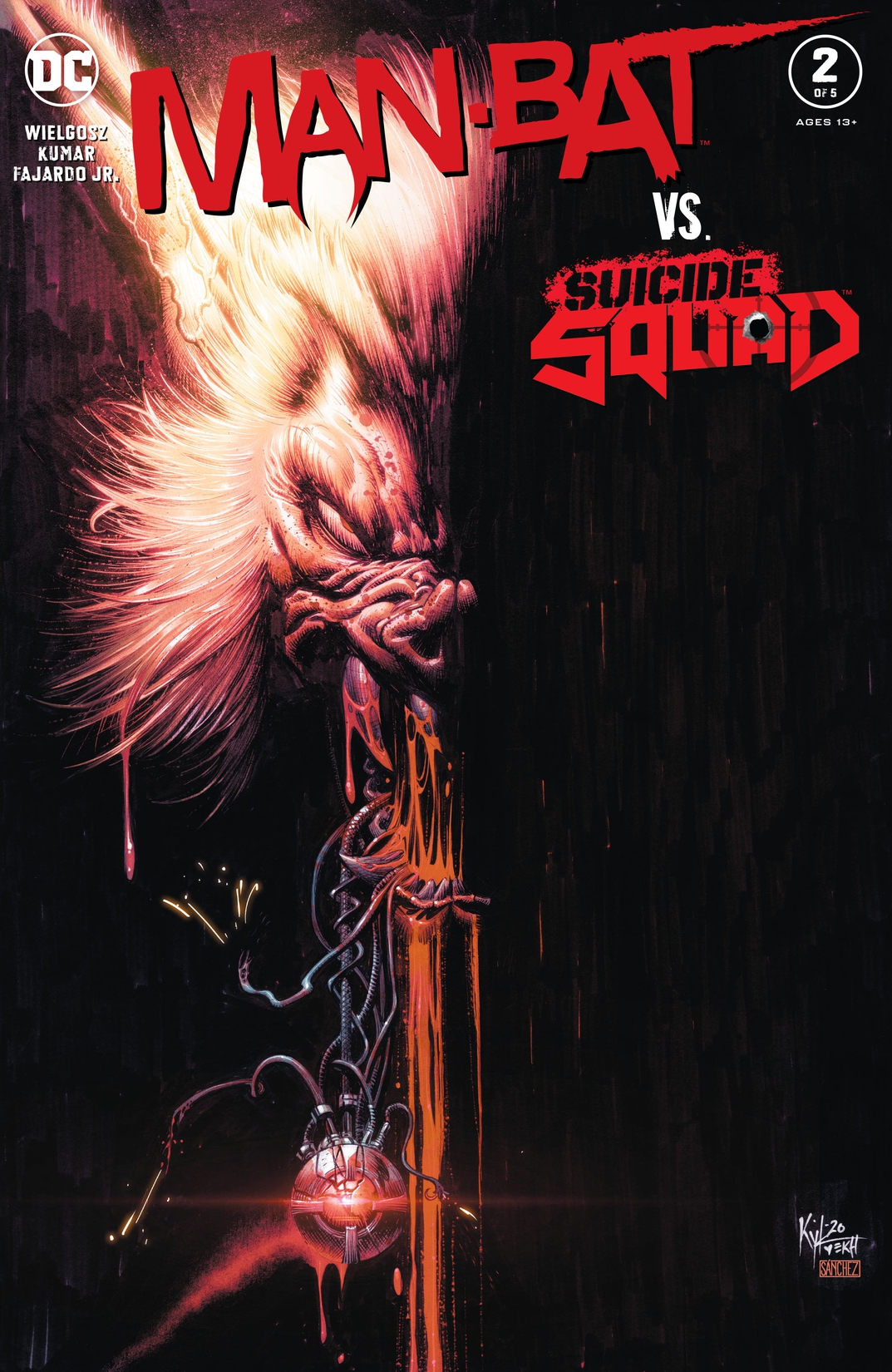 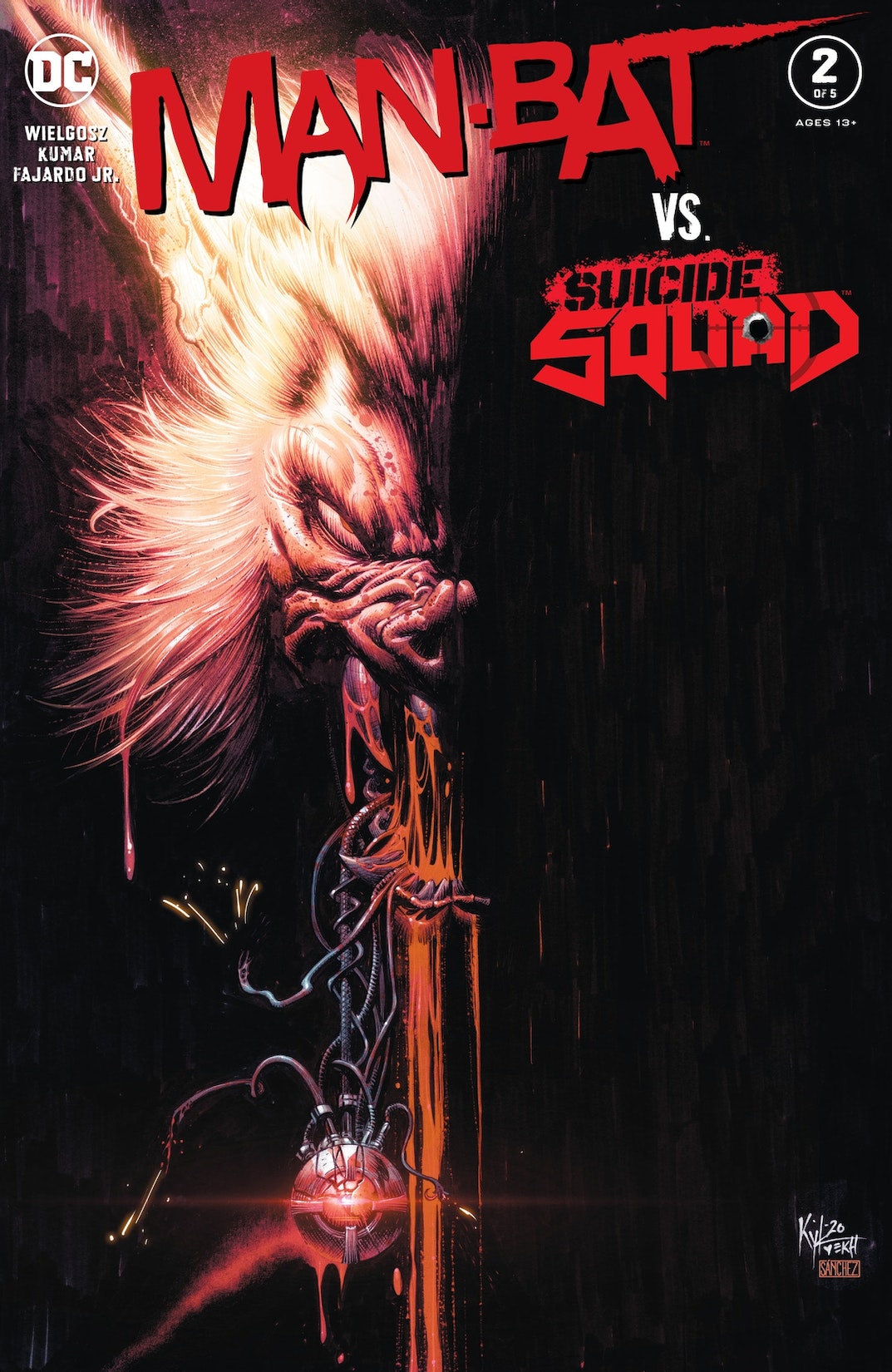 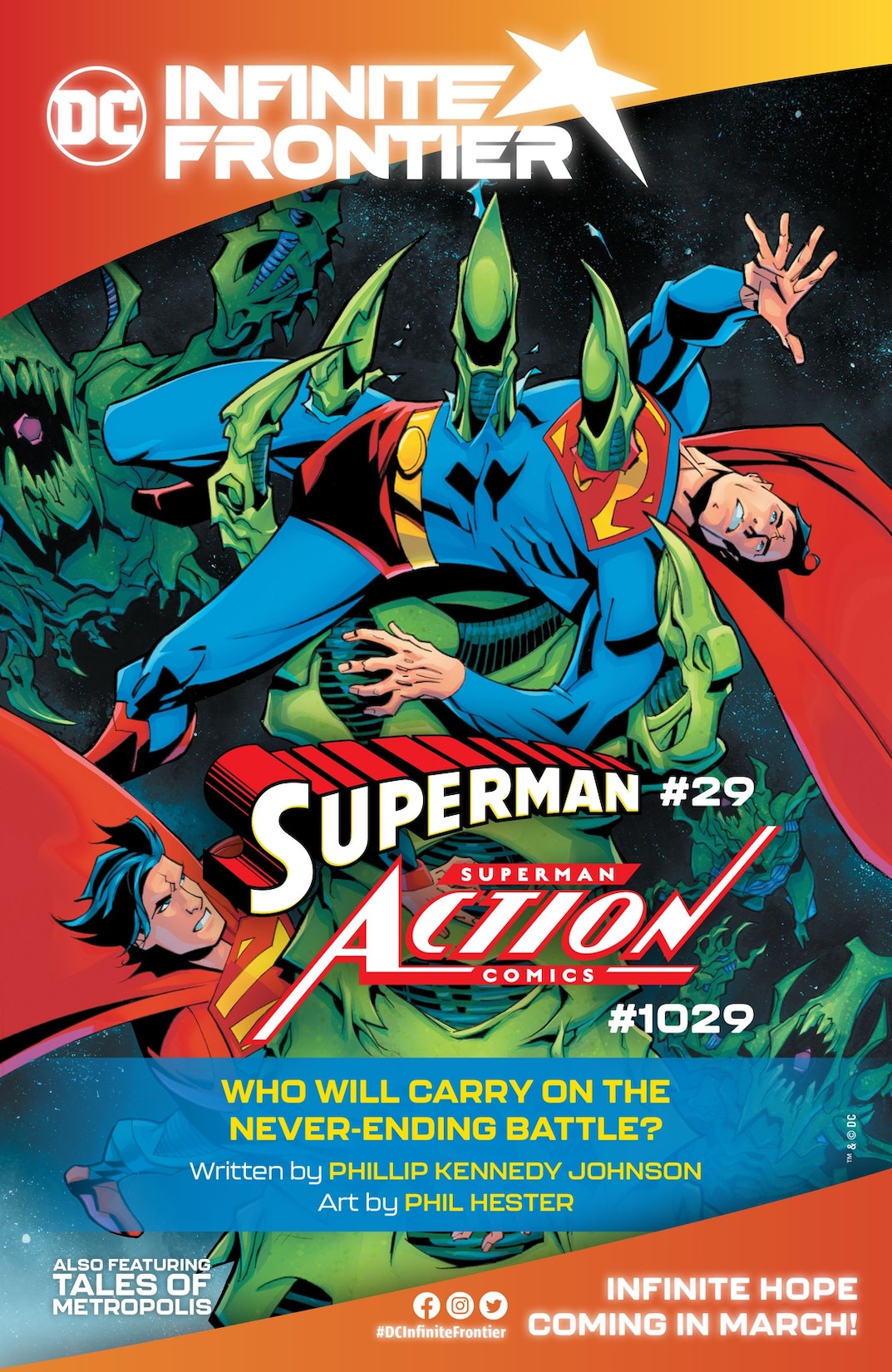 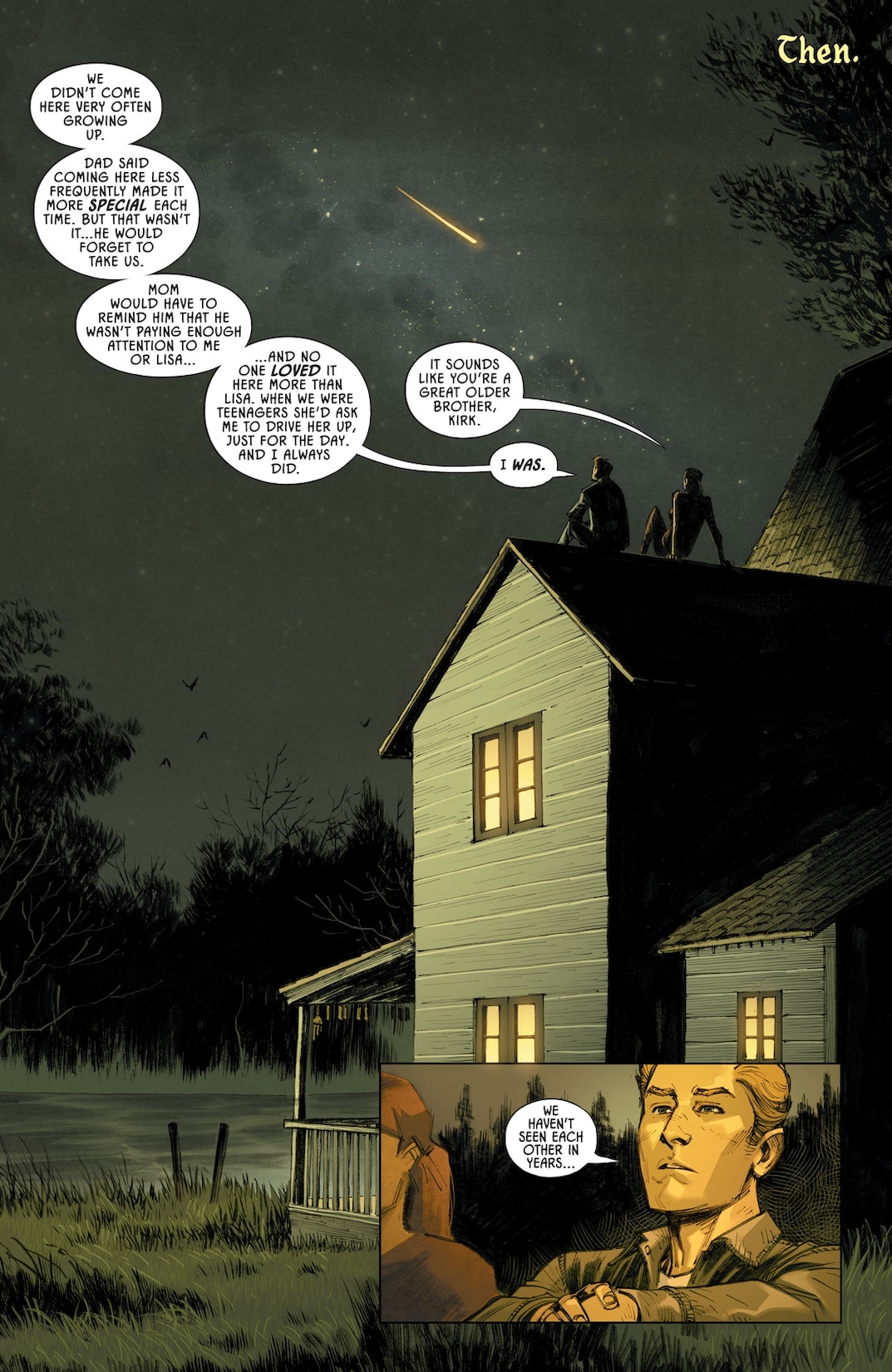 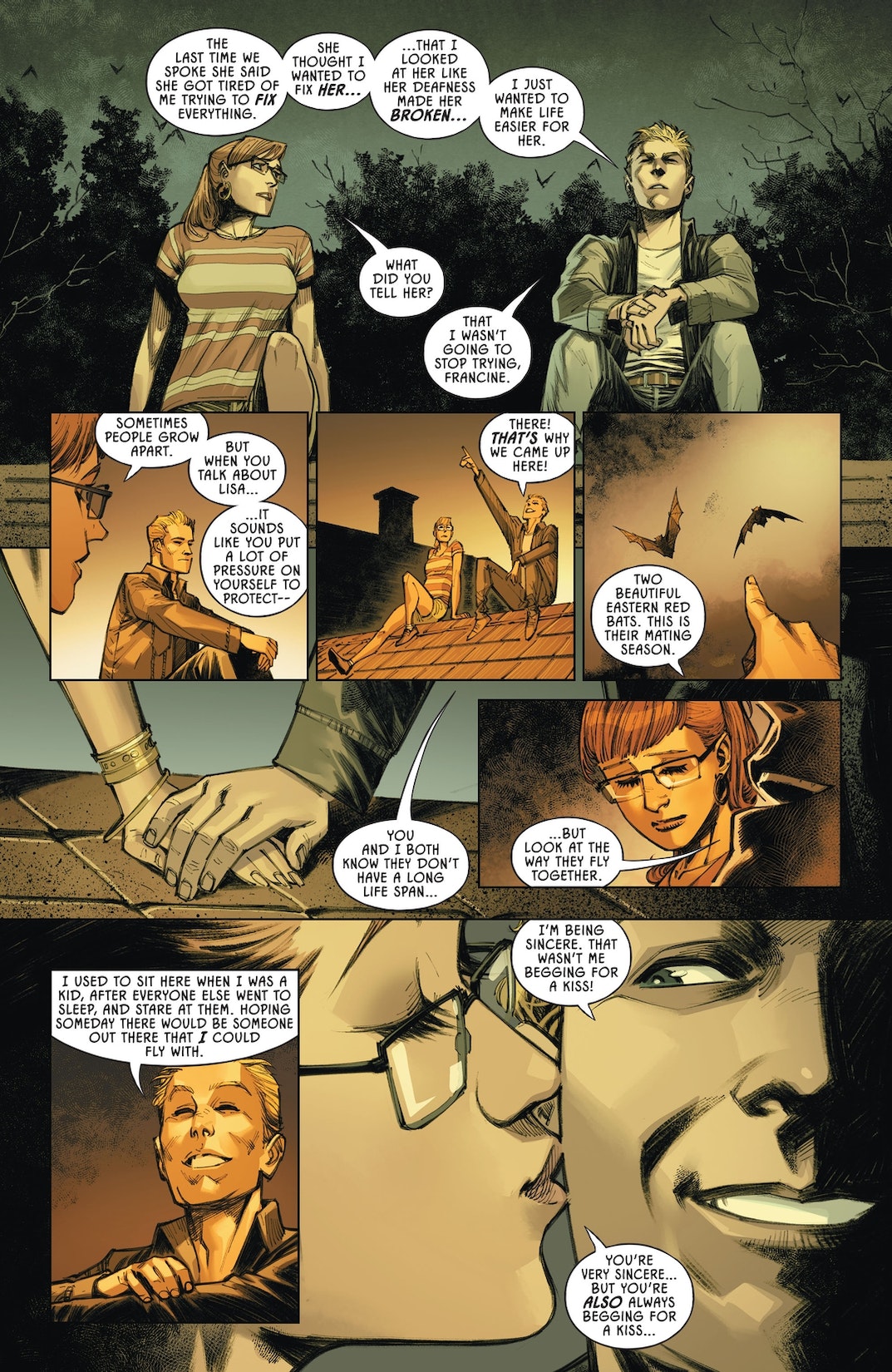 Man-Bat is on the run from the law following a horrific night of blood and mayhem on the streets of Gotham. But the police aren’t what Kirk Langstrom’s monstrous alter ego should worry about...it’s Task Force X, better known as the Suicide Squad. To undo the damage he caused, Man-Bat must seek out a cure for the innocents he has injured, all while staying out of the deadly sights of the world’s most dangerous mercenaries!